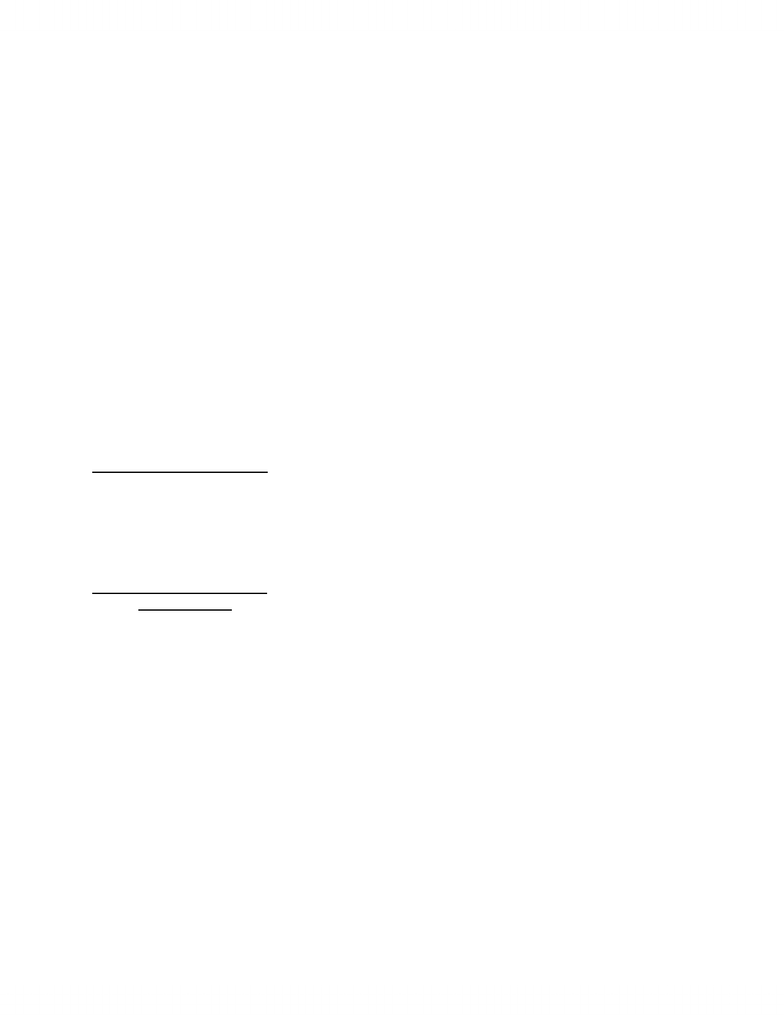 Intelligence: psychology chapter 11
 Intelligence: is a persons ability to learn and remember information, to recognize concepts and
their relations and to aply the information to their own behaviour in a adaptive way. Any
definition of intelligence depends on cultural judgements.
 Differential approach: favours the development of tests that identify and measure differences in
peoples abilities ato solve problems, especially those that involve classroom skills.
 Tests our ability to define words, explain proverbs, solve arithmetic problems, discover
similarities in shapes and patterns , and answer questions about the passage of prose.
 Developmental approach: studies the ways in which children learn to perceive , manipulate and
think about the world. (jean piaget)
 Information processing approach : focuses on the types of skills people use to think and solve
various types of problems.
Theories of Intelligence
- Differential approach: we can test the nature of intelligence by studying ways in which people
differ on tests of such abilities.
- Tests that derive an IQ score have been developed by psychologists. You cannot use a test to
measure athletic ability because it involves a lot of skills and variables.
- Intellectual abilities are independent from one another, so you can be good at one thing and
bad at another.
Spearmans Two factor Theory
- Proposed that a persons ability to perform well on a test of intellectual ability is based on two
factors,
o G factor: general factor, a factor of intelligence that is common to all intellectual tasks
and includes apprehension of experience, education of relations, and education of
correlates
o S factor: a factor that is specific to a task.
Evidence from Factor Analysis
- Factor analysis: is a procedure that identifies the underlying commonalities among groups of
tests. In terms of intelligence tests the commonalities would include the particular abilities that
affect the persons performance on more than one test
- Provides clues about the nature of intelligence but it cannot provide a theory of intelligence
- Some examples of factors include: information, digit span, verbal ability, arithmetic,
comprehension, similarities, picture completion, picture arrangement, etc.
- Fluid intelligence: is defined by many culture free tasks such as those that measure the ability to
see relations among objects or the ability to see patterns in a repeating series of items
- Crystallized intelligence : defined by tasks that require people to have aquiried information from
their culture, such as vocabulary and the information learned in school .
- Catell refers to fluid intelligence as closely related to a persons native capacity for intellectual
performance, it represents the potential for a person to learn and solve problems.
- Crystallized intelligence: what we have accomplished through the use of fluid intelligence- what
he or she has learned. (gc and gf) gc is based on casual learning and gf is based on school
learning.
- Gc depends on gf.
- Fluid intelligence gives us native ability but experience with language and exposure to books,
school and other learning opportunities, develop crystallized intelligence. 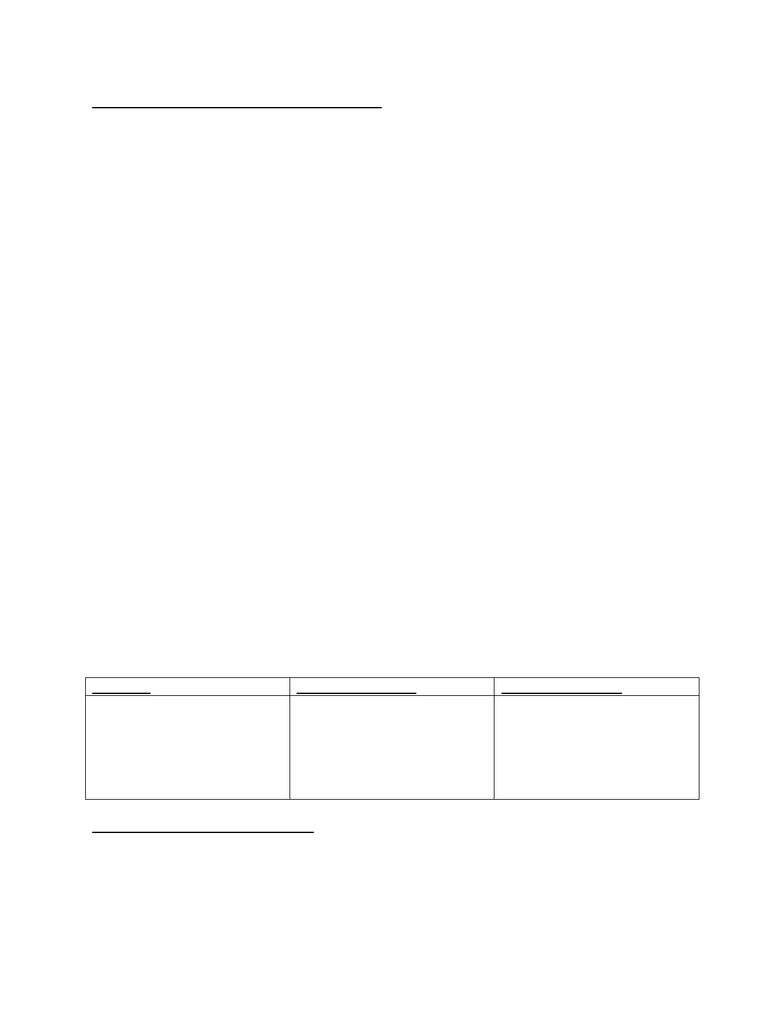 An Information processing: Theory of Intelligence
- three parts of Sternbergs theory of intelligence include: analytic intelligence , creative
intelligence and practical intelligence.
- Successful intelligence: when you can analyse your strengths and weaknesses, use your
strengths to your advantage and minimize the impact of weakness by overcoming or
compensating for them.
- Analytic intelligence: mental mechanisms that people use to plan and execute tasks. Factor
analyses include verbal ability and deductive reasoning
- Metacomponents: people discover the intellectual problems nature, selects a strategy for
solving it, and allocate their resources . (we learn to read a passage fast or slow based on if we
need to retain the information, reading a novel vs. a textbook)
- Performance components: components needed to perform the task, word recognition and
working memory are examples of such componenets.
- Knowledge acquisition components: are those that the person uses to gain new knowledge by
sifting out relevant information and integrating it with what she already knows.
- Creative intelligence: ability to deal with novel situations and to solve familiar problems
automatically. The person is ably to analyze situations, and come up with creative ways to solve
it , and mental resources to bear it even though they have never encountered a problem like
this in the past.
- They can later automate the same procedure once they’ve solved a past problem , so that they
can solve future problems that are similar.
- Practical intelligence: intelligence reflecting behaviours, that were subject to natural selection in
our evolutionary history. Takes on three forms, adaptation, selection and shaping.
- Adaptation – fitting yourself to the environment depending on useful skills and behaviours.
Socio cultural and physical aspects play a large impact on the development of practical
intelligence
- Selection: refers to the ability to find ones nice within the environment. You must find a match
between oneself and the environment.
- When the environment is not a good match (adaptation does not work) and one cannot find
another alternative environment (selection does not work) they can often change their
environment to better suit their abilities . this is called SHAPING.
- Observations with people with damage to their frontal lobe supports theory of practical
intelligence. Even after sustaining damage to the frontal lobe due to an accident, people still
score well on IQ tests. But they intern lose the ability to plan their lives and daily activities.
Analytical
Creative intelligence
Practical intelligence
Metacompents (planning)
Performance components
(lexical access)
Knowledge acquisition
components (ability to aquire
vocabulary words)
Novel tasks
Automated tasks
Adaptation (adapting to the
environment )
Selection (finding a suitable
environment)
Shaping (changing the
environment)
Neurophysical theories of intelligence
- Garndener stated that intelligences were situated within cultures. Intelligences are potentials
that may or may not be activated in the individual depending on the extent to which the
individuals culture values the expression of the potentials.
- Each of the intelligences occur due to EVOLUTION and has separate, unique , neurophysical
underpinnings . 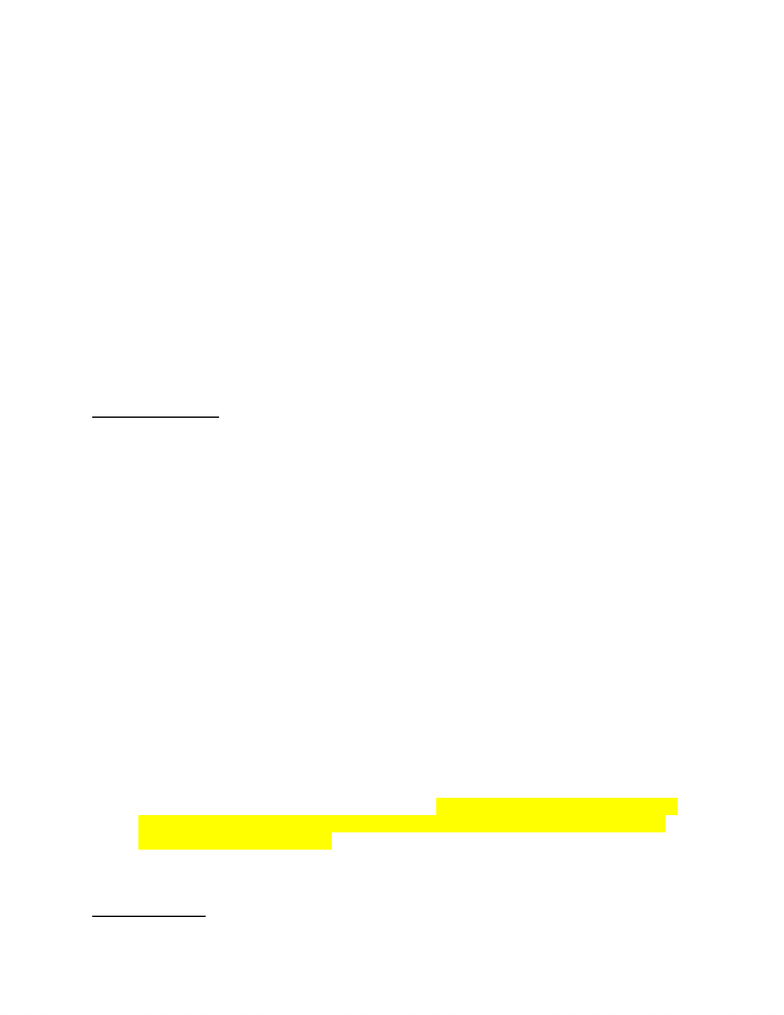 - Syllogism: a tool for measuring deductive logic, is often found in tests of intelligence. A syllogism
is a logical construction that consists of a major premise, a minor premise and a conclusion. The
major and minor premises are assumed to be true and the truth of the conclusion is to be
evaluated by deductive reasoning.
- EXAMPLE: consists of a major premise: (birds have feathers), a minor premise ( a Canada goose
is a bird) and a conclusion ( Canada Goose has feathers) . The major and minor premises are
assumed to be true. The problem is to decide whether the conclusion is true or false.
o Gardener stated that unschooled people in remote villages in various parts of the world
were unable to solve syllogistic problems.
- We cannot measure people in other cultures against our own standards. It the world of tribal
people , problems are solved by application of logical reasoning to facts gained through direct
experience. Their deductive reasoning ability is not inferior to ours, its just different. So the
ability of that person to navigate across the seas by stars as an example of intelligence.
- The Bar-on emotional intelligence inventory, draws on elements of elements of Gardeners
interpersonal and intrapersonal dimensions. The possibility that emotional intelligence may
have a unique status of its own is being investigated by a number of researchers with promising
results.
Intelligence Summary
- THEORIES OF INTELLIGENCE
- Intelligence is usually determined through an IQ test. Spearman thought general factors to
determining intelligence existed, he named the factor g factor and demonstrated that peoples
scores on a variety of specific tests were correlated. He also believed that specific factors and s
factors also existed.
- Thurstone performed a factor analysis on 56 individual tests that revealed the existence of
seven factors, not a single g factor. Eyenseck reasoned that because these factors were
correlated, a factor analysis on them was justified.
- Cattell performed an analysis and obtained two factors, and he confirmed that this result with
factor analyses of tests of his own. The nature of the tests that loaded heavily on these two
factors suggested the names fluid intelligence, and crystallized intelligence with the former
representing persons native ability and the latter representing what the person learns.
- STERNBERGS TRIARCHIC THEORY of intelligence attempts to integrate laboratory research to
using the information processing approach and an analysis of intelligent behaviour in the natural
environment.
- Analytic intelligence: used to plan and execute tasks.
- Creative intelligence: apply past strategies to new problems.
- Practical intelligence: to adapt , to select, or shape our environment.
- Gardeners neurophysical theory of intelligence Is based on the skills that can be lost due to
brain damage. His definition of intelligence includes many abilities that are regarded as skills or
talents. Gardeners theory emphasizes the significance of behaviours to the culture in which they
can occupy.
- The concept of intelligence is determined by culture. Most western societies include academic
skills such as verbal ability and formal reasoning in their definition of intelligence and regard
non- academic abilities as talents.
- People in pre-industrial societies are less likely to approach a problem abstractly. They base
their conclusions on what they know to be true- not hypothetical situations that are presented
to them by the questioner.
Intelligence Testing

Intelligence: is a persons ability to learn and remember information, to recognize concepts and their relations and to aply the information to their own behaviour in a adaptive way. Any definition of intelligence depends on cultural judgements. Differential approach: favours the development of tests that identify and measure differences in peoples abilities ato solve problems, especially those that involve classroom skills. Tests our ability to define words, explain proverbs, solve arithmetic problems, discover similarities in shapes and patterns , and answer questions about the passage of prose. Developmental approach: studies the ways in which children learn to perceive , manipulate and think about the world. (jean piaget) Information processing approach : focuses on the types of skills people use to think and solve various types of problems. Differential approach: we can test the nature of intelligence by studying ways in which people differ on tests of such abilities. Tests that derive an iq score have been developed by psychologists.

Lecture 4-Intelligence in a Plural Verb.docx