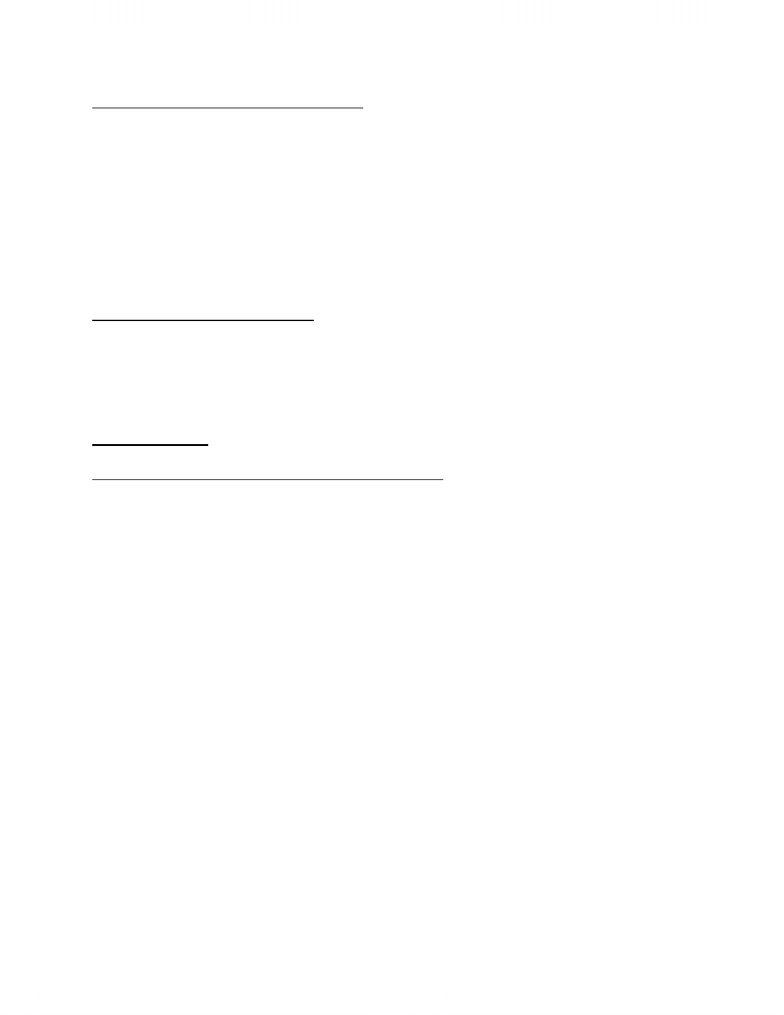 Early Treatment of Psychological Disorders
- trephining: surgical procedure in which a hole is made in the skill of a living person –
thought to permit evil spirits to leave the victim’s head
- sometimes exorcism was attempted to make the person’s body an unpleasant place for
devils to reside
- Johann Wier, was among the first to challenge witchcraft and suggested that these people
were suffering from mental illness
- later, people were confined to asylum; sometimes kept in chains
- Phillippe Pinel believed that mental patients would respond favourably to kind treatment
- Dorothea Dix led the campaign for humane treatment of mental patients’ first psychiatric
hospital was built in Nova Scotia
The Development of Psychotherapy
- beginnings traced to Franz Anton Mesmer who tried to hypnotize patients and get rid of
their symptoms: mesmerism
- eclectic approach: form of therapy in which the therapist uses whatever method he/she
feels will work best for a particular client at a particular time; combining aspects of
several diff. treatment approaches
Insight Therapies
Psychoanalysis and Modern Psychodynamic Approaches
- psychoanalysis: form of therapy aimed at providing the client with insight into his/her
unconscious motivations and impulses (Freud) – id, ego, superego
- purpose of therapy is to create a setting in which clues about the origins of intrapsychic
conflicts are most likely to be revealed by the client
- main goal of psychoanalyst is to interpret the clues about the origins of intrapsychic
conflict given by the client
- client’s main job is to provide the psychoanalyst with something to interpret
Psychoanalytic Techniques
- free association: psychoanalytic procedure in which the client is encouraged to speak
freely w/o censoring possibly embarrassing/socially unacceptable thoughts/ideas
o dream interpretation is a hallmark of psychoanalysis
o analyst must be able to distinguish b/w dream’s manifest and latent contents
- resistance: development during therapy in which the client becomes defensive,
unconsciously attempting to halt further insight by censoring his/her true feelings
- transference: client begins to project powerful attitudes + emotions onto the therapist
- countertransference: therapist projects his/her emotions onto the client (usually unhealthy
and desirable b/c to be effective, the analyst must remain emotionally detached +
objective)
Unlock document 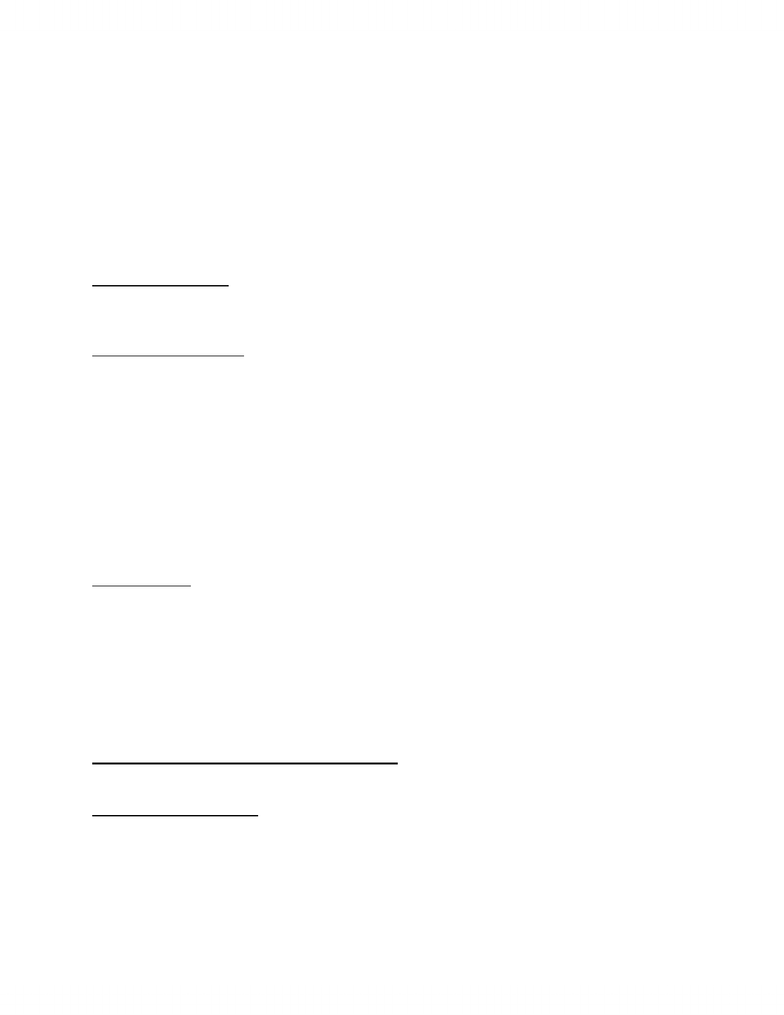 Modern Psychodynamic Therapy
- psychodynamic therapy: variation on the Freudian approach to therapy in which
therapists search for unconscious conflicts and motivations but do not adhere strictly to
Freud’s conception of psychoanalysis
o ego is viewed as playing a more active role in influencing a person’s thoughts +
actions
o brief psychodynamic therapy: takes 10-25 sessions
 goal of therapist is to understand + improve the client’s interpersonal skills
through the interpretation of transference process
Humanistic Therapy
- humanistic therapy: focuses on the person’s unique potential for personal growth + self-
actualization
Client Centered Therapy
- client-centered therapy: client is allowed to decide what to talk about w/o strong direction
and judgement from the therapist
- incongruence: discrepancy b/w a client’s real and ideal selves (what they are and who
they want to be)
o goal of client centered therapy is to reduce incongruence by fostering experiences
that will make attainment of the ideal self possible - frequently done through
reflection
o by reflecting the concerns of the client, the therapist demonstrates empathy
- unconditional positive regard: according to Rogers, the therapeutic expression that a
client’s worth as a human being is not dependent on anything that he/she does, says,
feels, or thinks
Gestalt Therapy
- emphasizes the unity of mind and body by teaching the client to “get in touch” with
unconscious bodily sensations and emotional feelings
- places emphasis on present, not past, experience and Gestalt therapist will be
confrontational
- empty chair technique: client imagines they are talking to someone sitting in the chair
beside them
- gestalt therapist also encourages client to talk to themselves and to inanimate objects to
get a better understanding of their feelings
Behaviour and Cognitive Behaviour Therapies
Therapies Based on Classical Conditioning
Systematic Desensitization
- method of treatment in which the client is trained to relax in the presence of increasingly
fearful stimuli
- 1st step: contrast a hierarchy of anxiety-relate stimuli
- 2nd step: client is trained to achieve complete relaxation
- 3rd step: conditional stimuli is paired w/stimuli that elicit the learned relaxation response
Unlock document 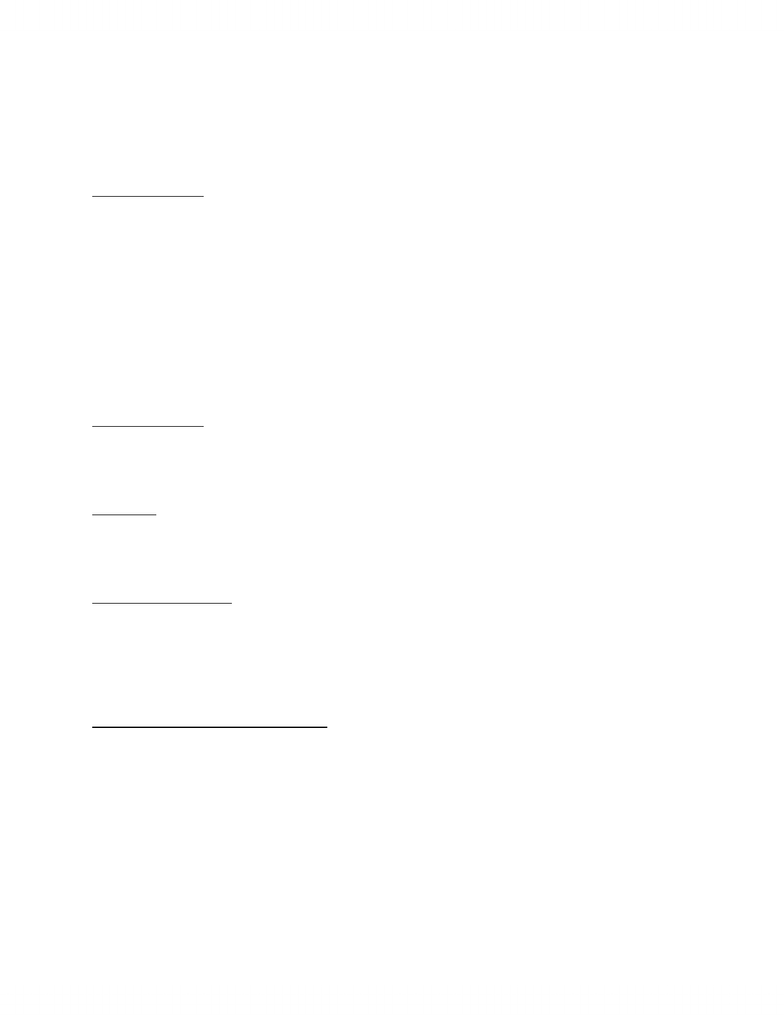 - in vivo exposure: form of therapy in which clients are exposed to intense levels of a
feared stimuli in an attempt to diminish the fear through extinction
- imaginal exposure: therapist provides a client w/graphic descriptions of a feared object;
its goal is to diminish fear by extinguishing avoidance responses
Aversion Therapy
- client is trained to respond negatively to a neutral stimulus that has been paired with an
aversive stimulus
- e.g. man sexually attracted to children might be given painful electric shocks when a
special apparatus detects an erectile response while he is being shown pics of children
- has been used to treat fetishes, drinking, smoking, overeating, etc.
Therapies Based On Operant Conditioning
- behaviour modification: behaviour therapy base on the principles of operant conditioning
- increases in desirable behaviour can be brought about through either positive/negative
reinforcement
- undesirable behaviour can be reduced through extinction or punishment
Token Economies
- program often used in institutions in which a person’s adaptive behaviour is reinforce
w/tokens that can be exchange for desirable goods or special privileges; requires the
cooperation of everyone involved
Modelling
- found that clients can make better progress when they have access to a model who
provides samples of successful behaviours to imitate
- has been used to establish new behaviours and to eliminate fears
Assertiveness Therapy
- procedure for developing coping skills in interpersonal situations in which a client might
feel anxiety or be unable to function as effectively as he/she would like
- often used to help clients who feel frustrated at not being able to speak up or defend their
rights
- incompatible with anxious behaviour
Extinction of Maladaptive Behaviours
- often combined w/other methods in behaviour modification programs e.g. eliminate a
child’s tantrum behaviours
- two problems:
o extinction burst: behaviour will often intensify
o it is not always possible to eliminate the reinforce that maintains undesirable
behaviour
Unlock document