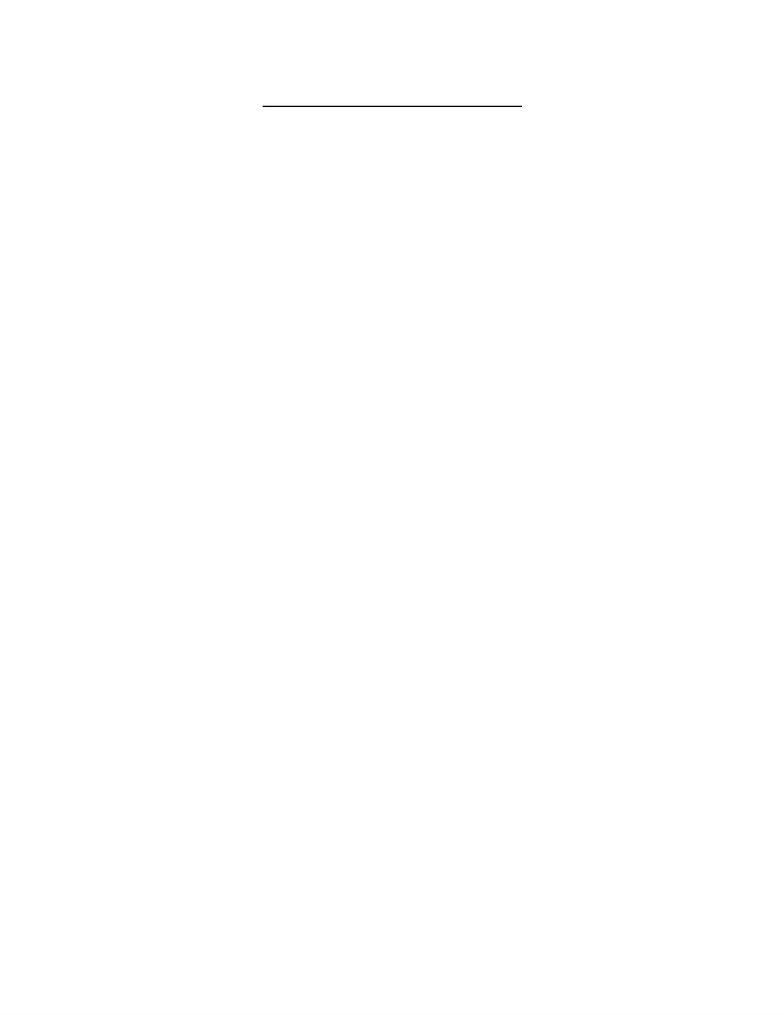 Chapter 12 – Substance-Related Disorders
- from prehistoric times, humankind has used various substances in the hope of reducing physical pain or
altering states of consciousness
- almost all peoples have discovered some intoxicant that affects the CNS, relieving physical and mental
anguish or producing euphoria
- despite the often devastating consequences of taking such substances into the body, their initial effects
are usually pleasing, a factor that is perhaps the root of substance abuse
- North America is a drug culture; North Americans use drugs to wake up (caffeine in coffee or tea), to
stay alert throughout the day (nicotine in cigarettes, caffeine in soft drinks), to relax (alcohol), and to
reduce pain (aspirin)
- the pathological use of substances falls into 2 categories: substance abuse and substance dependence
substance dependence – the abuse of a drug sometimes accompanied by a physiological dependence
on it, made evident by tolerance and withdrawal symptoms; also called addiction
- substance dependence is characterized by DSM-IV-TR as the presence of at least 3 of the following:
 the person develops tolerance, indicated by either (a) larger doses of the substance being
needed to produce the desired affect or (b) the effects of the drug becoming markedly less if the
usual amount is taken
tolerance – a physiological process in which greater and greater amounts of an addictive
drug are required to produce the same effect
 withdrawal symptoms – negative physical and physiological effects – develop when the person
stops taking the substance or reduces the amount; the person may also use the substance to
relive or avoid withdrawal symptoms
withdrawal – negative physiological and psychological reactions evidenced when a
person suddenly stops taking an addictive drug; cramps, restlessness, and even death
are examples
 the person uses more of the substance or uses it for a longer time than intended
 the person recognizes excessive use of the substance; he/she may have tried to reduce usage
but has been unable to do so
 much of the person’s time is spent in efforts to obtain the substance or recover from its effects
 substance use continues despite psychological or physical problems caused or exacerbated
(worsened) by the drug (eg: smoking despite knowing that it increases the risk for cancer and
cardiovascular disease)
 the person gives up or cuts back participation in many activities (work, recreation, socializing)
because of the use the substance
- substance dependence is diagnosed as being accompanied by physiological dependence (also called
dependence) if either tolerance or withdrawal is present
- in general, physical dependence on a drug is associated with more severe problems
substance abuse – the use of a drug to such an extent that the person is often intoxicated throughout
the day and fails in important obligations and in attempts to abstain, but there is no physiological
dependence
- for the less serious diagnosis of substance abuse, the person must experience one of the following as a
result of the recurrent use of the drug:
www.notesolution.com
Unlock document 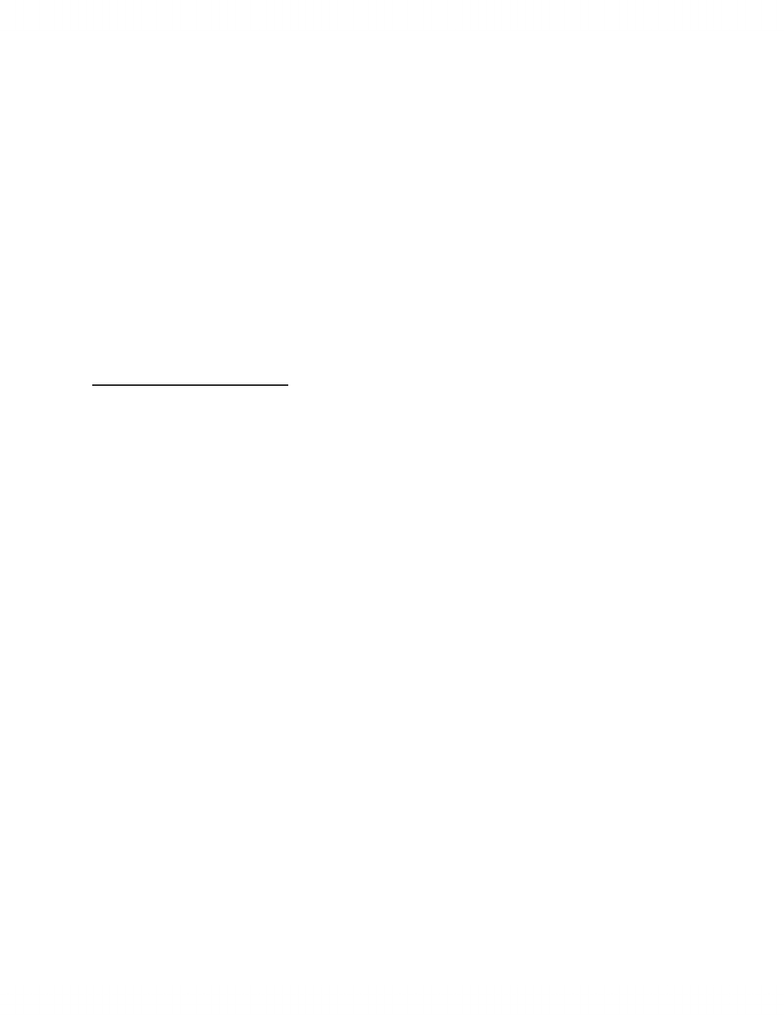  failure to fulfill major obligations (eg: absences from work or neglect of children)
 exposure to physical dangers (eg: operating machinery or driving while intoxicated)
 legal problems (eg: arrests for disorderly conduct or traffic violations)
 persistent social or interpersonal problems (eg: arguments with a spouse)
- the DSM-IV-TR section on substance-related disorders includes several other diagnoses
- substance intoxication is diagnosed when the ingestion of a substance affects the CNS and produces
maladaptive cognitive and behavioral effects
- if a person addicted to a drug is denied it and then experiences withdrawal, that person receives a
diagnosis of both substance dependence and substance withdrawal
- an example of substance withdrawal is alcohol withdrawal delirium, commonly known as DTs (delirium
tremens)
delirium tremens (DTs) – one of the withdrawal symptoms that sometimes occurs when a period of
heavy alcohol consumption is terminated; marked by fever, sweating, trembling, cognitive impairment,
and hallucinations
Alcohol Abuse and Dependence
- DSM-IV-TR distinguishes between alcohol dependence and alcohol abuse
- the term abuse is often used to refer to both aspects of the excessive and harmful use of alcohol
- alcohol dependence may include tolerance or withdrawal reactions
- people who are physical dependence on alcohol generally have more severe symptoms of the disorder
- those who begin drinking early in life develop their 1st withdrawal symptoms in their 30s or 40s; the
effects of the abrupt withdrawal of alcohol in a chronic, heavy user may dramatic because the body has
become accustomed to the drug
- subjectively, the patient is often anxious, depressed, weak, restless, and unable to sleep
- tremors of the muscle, especially of the small musculatures of the fingers, face, eyelids, lips, and tongue
may be marked, and pulse, blood pressure, and temperature are elevated
- in relatively rare cases, a person who has been drinking heavily for a number of years may also
experience delirium tremens when the level of alcohol in the blood drops suddenly; the person becomes
delirious as well as tremulous and has hallucinations that are primarily visual, but may be tactile, as well
- the delirium and physiological paroxysms caused by withdrawal of alcohol indicate that the drug is
addictive
- increased tolerance is evident following heavy, prolonged drinking
- levels of alcohol in the blood of excessive drinkers are unexpectedly low after what is viewed as
excessive drinking, suggesting that the body adapts to the drug and becomes able to process it more
efficiently
- some research suggests that tolerance results from changes in the number or sensitivity of GABA or
glutamate receptors; withdrawal may be the result of increased activation in some neural pathways to
compensate for alcohol’s inhibitory effects in the brain; when drinking stops, the inhibitory effects of
alcohol are lost, resulting in a state of over excitation
- some people from Waterloo have highlighted the role of psychological factors; response expectations
and the consequences of behavior can have a direct influence on tolerance and the effects of alcohol
- the development of addictions often reflects the interplay of biological and psychological factors
www.notesolution.com
Unlock document 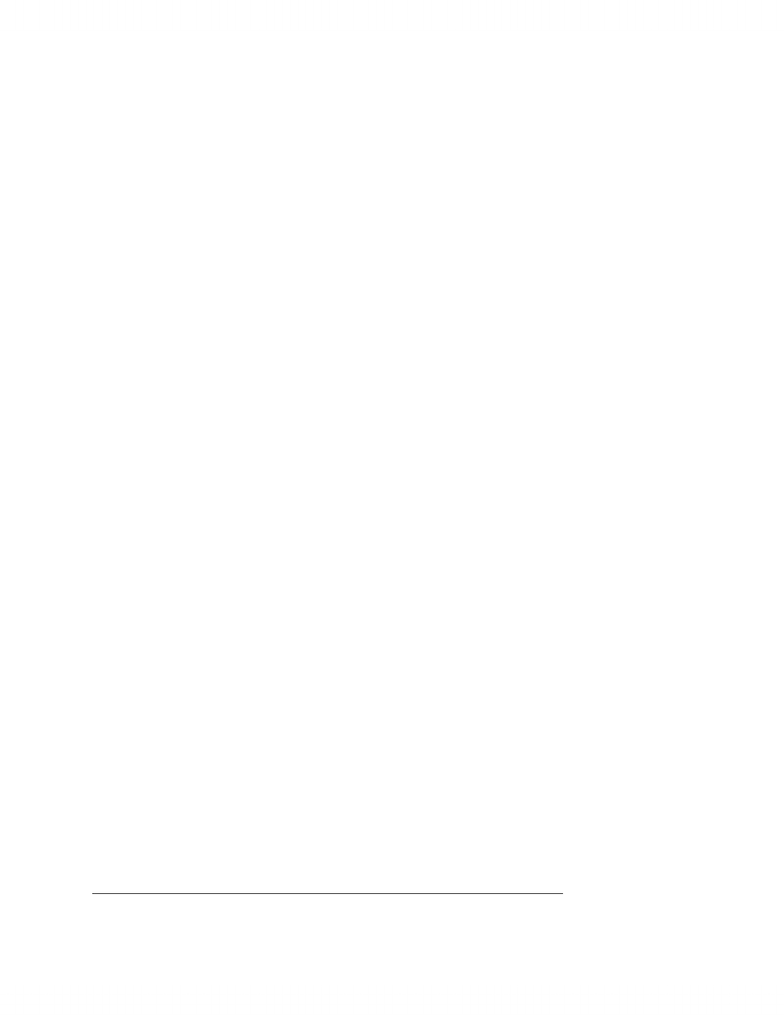 - the drinking pattern of people who are alcohol dependent indicates that their drinking is out of control
- the person who abuses alcohol, in contrast to the person physically dependent on it, experiences
negative social and occupational effects from the drug but does not show tolerance, withdrawal, or the
compulsive drinking patterns seen in the person who is alcohol dependent
- alcohol abuse or dependent is often part of polydrug (or polysubstance) abuse, using or abusing more
than 1 drug at a time
polydrug abuse – the misuse of more than one drug at a time, such as drinking heavily and taking
cocaine
- it’s estimated, for example, that 80-85% of alcohol abusers are smokers
- alcohol serves as a cue for smoking; smoking is twice as frequent in situations where a person is also
drinking
- this very high level of comorbidity may occur because alcohol and nicotine are cross-tolerant; that is,
nicotine can induce tolerance for the rewarding effects of alcohol and vice versa
- thus, consumption of both drugs may be increased to maintain their rewarding effects
- polydrug abuse can create serious health problems because the effects of some drugs when taken
together are synergistic; the effects of each combine to produce an especially strong reaction; for
example mixing alcohol and barbiturates is a common means of suicide, intentional and accidental
- alcohol is also believed to contribute to deaths from heroin, for it can reduce the amount of the narcotic
needed to make a dose lethal
- SUMMARY: polysubstance abuse involves the use of multiple drugs; alcohol and nicotine are a common
combination, although most people who smoke and drink in social situations don’t become substance
abusers
Prevalence of Alcohol Abuse and Comorbidity with Other Disorders
- lifetime prevalence rates for alcohol dependence defined by DSM criteria were greater than 20% for
men and just over 8% for women in a large US epidemiological study
- the prevalence of alcohol dependence declines with advancing age, both because of early death among
long-term abusers and because of achievement of stable abstinence from alcohol among others
- alcohol abuse is common among some Native American peoples and is associated with 40% of deaths
and with virtually all crimes committed by Native Americans
- according to Health Canada, alcohol abuse and abuse of other substances is an extremely serious
problem in many Aboriginal communities in Canada
- strong gender differences exist, with hazardous drinking among current drinkers being evidence among
25.1% of men and 8.9% of women
- the prototypical heavy drinker in Canada is a young adult male who is not married and who is relatively
well off financially
- problem drinking is comorbid with several personality disorders
- problem drinking is also comorbid with mood and anxiety disorders, and with other drug use and
schizophrenia
- problem drinking is a factor in 25% of suicides
Canadian Perspectives 12.1 Binge Drinking At Universities, Colleges, and Schools
www.notesolution.com
Unlock document