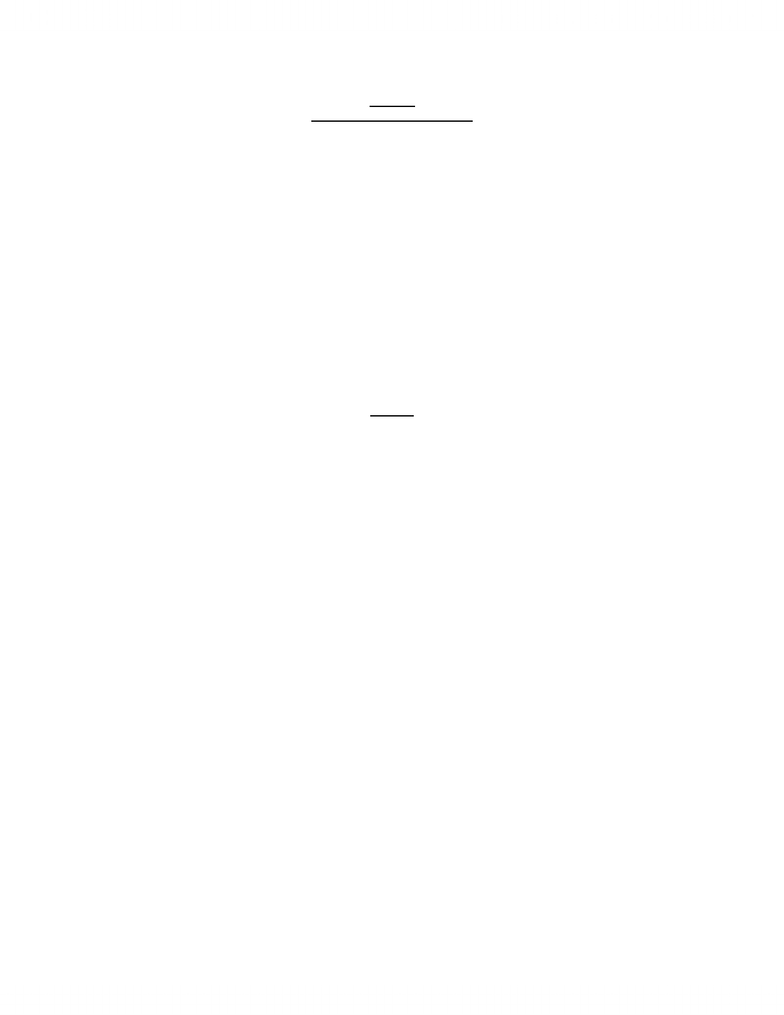 PSYB32
Chapter 6: Anxiety Disorders
! unpleasant feeling of fear and apprehension
! are diagnosed when subjectively experienced feelings of anxiety are clearly present
! DSM has 6 categories for
1. Phobia
2. Panic Disorders
3. Generalized Anxiety Disorder
4. Obsessive-Compulsive disorder
5. Posttraumatic Stress Disorder
6. Acute Stress Disorder
! anxiety disorder may give rise to other disorders this co-morbidity has two reasons
One Symptoms of various disorders are not disorder specific such as fast heart rate they
are seen in Panic, PTSD and phobia
Two the etiological factors that give rise to anxiety disorder is applicable to other
disorder
! 16 percent of women and 9 percent men suffer from anxiety disorder
! mostly found in women 15 to 24 years of age
Phobias
! fear and avoidance of objects or situations that do not present danger causing sufficient distress to
disrupt ones life causing social or occupational impairment
! 5% women incapacitated by their phobia in Calgary
! claustraphobia: fear of closed spaces
! agoraphobia: fear of public places
! acrophobia: fear of heights
! ergasiophobia: fear of writing
! pnigophobia: fear of choking
! taphephobia: fear of being buried alive
! Anglophobia: fear of England
! psychoanalyst focus on content of phobia and see object of phobia as a symbol of unconscious fear
! Freud diagnosed a boy Hans who was afraid of a horse and declared that the boys fear of his father was
transformed to the horse
! Behaviorists focus on function rather then content, how the phobia was gained and how it can be
treated
Specific Phobia:
! fears caused by the presence or anticipation of specific object or situation
! DSM-4 divides these phobias into the source of the fear
! fears can be grouped into 5 factors
1. agoraphobia
2. fear of heights or water
3. threat fears such as blood, needle
4. fear of being observed
5. speaking fears
! these fears were then categorized under specific fears and social fears
! specific phobias = 7%men and 16%women, lifetime prevalence of 4.6% in men and 9.8% in women
! specific fear can vary cross culturally
! In china Pa-leng = fear of loss of body heat
! Japanese syndrome taijinkyofu -sho = fear of embarrassing others
Social Phobia
! persistent, irrational fears linked to the presence of others
! avoid particular situations in which they may be evaluated
! can be generalized or specific depending on the range of situation feared
! generalized involves different interpersonal situations
www.notesolution.com
Unlock document 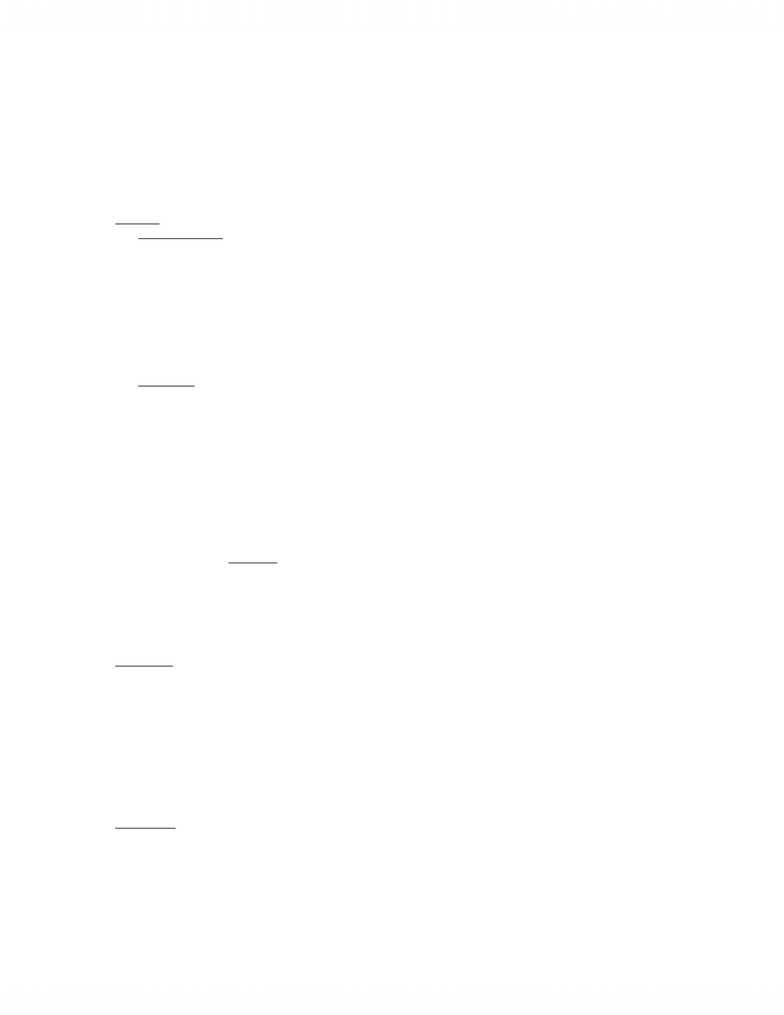 -------->are earlier age onset, co-modality with other disorders such as depression and alcohol abuse
! specific involves intense fear of one particular situation
! 11% in men for social phobias and 15% in women
! social phobias have a high co-modality with generalized anxiety disorder, specific phobias, panic
disorder, avoidant personality disorder, mood disorder
! onset occurs in adolescence
! positive link found between social phobia and dropping out of school
Etiology
! Psychoanalytic: Freud believed phobias are defense against anxiety that is produced by repressed id
impulses
! anxiety is displaced from the feared id and moved to an object that has a symbolic connection
! by avoiding the feared object person avoids dealing with repressed conflicts
! phobia is egos way of warding off confrontation with the real problem
! in the example of Hans, Freud believed that he hadn't resolved Oedipal conflict which intensified his
fear of his father putting the fear on a horse
! Arieti proposed that a repression stems from a interpersonal problem of childhood rather then id
impulse
! Behavioral: focus on learning as a way of which phobias are acquired
! Avoidance conditioning - main behavioral account of phobias is that reactions are learned avoidance
responses
---->based on a two factor theory proposed by Mowrer
1. classical conditioning a person learns to fear a stimulus (CS) when paired with a frightening event
(UCS)
2. person can reduce fear by avoiding CS, second learning is operant learning in which the response is
maintained by reinforcement of fear reduction
! possibility that some fears may be acquired
! little evidence that human beings can be conditioned
! evidence has shown that fear is gone when CS is presented a few times without reinforcement
! phobia on a specific object occurs after a bad experience with that object or situation
! can be caused by modeling: person can learn fear through imitating others, learning to fear something
through observation is called vicarious learning
! prepared learning -
! diathesis - some people develop fears by the tendency to believe that something traumatic will occur in
the future
! social skills are deficit in social phobias - inappropriate behavior, lack social skill,
Cognitive: how peoples thoughts serve as a diathesis and on how thoughts can maintain the phobia
! believe negative things will occur in the future and not positive ones
! tend to view themselves as failures though they have done a good job
! social phobia people have certain characteristics
1. attention bias to focus on negative social information
2. perfectionist standards for accepted social performance
3. high degree of public speaking self consciousness
! linked to high self criticism
! in an experiment in which a person is afraid of snakes showed increased skin conductance when
pictures of snakes were shown
Biological: those affected by stress have a biological malfunction
! Autonomic Nervous System: ease at which their ANS is aroused, autonomic liability is of great
importance because of ANS’s role in fear and phobic behavior
! genetic factors: 64% of individuals with first degree relatives who have phobia have phobia
! whereas rest of population only 3-4%
! specific phobias have higher percentage of occurring if first degree relatives have it
! twin studies have shown that phobia have a heritable component
www.notesolution.com
Unlock document

16. Juan is experiencing a sleep disorder. For no reason at all, he suddenly falls into sleep whether it is day or night. If he is standing at the time, he falls down due to loss of muscle tone. EEG recordings indicate that he cycles directly into REM. Most likely, Juan is suffering from A) insomnia B) sleep apnea C) night terrors D) narcolepsy E) REM-sleep behaviour disorder

schizophrenia is considered a ________ disorder.

12. The main problem with the current classification scheme for personality disorders is that