Study Guide of Chapter 9 for PSYB32 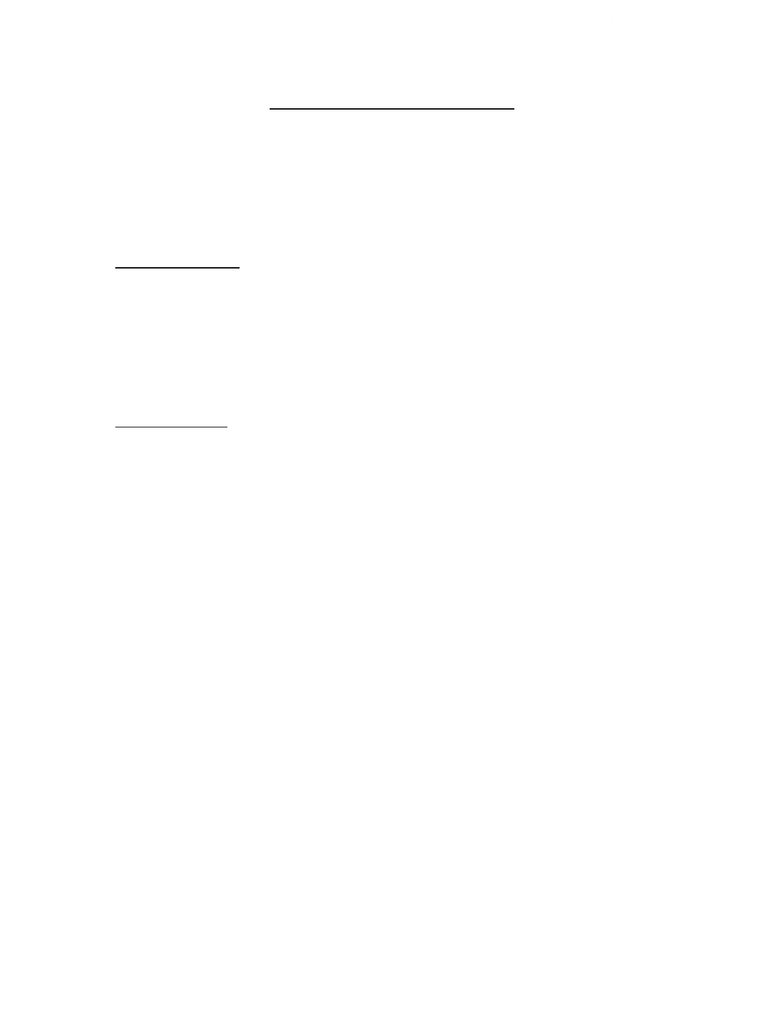 CHAPTER 9 EATING DISORDERS
-eating disorder only appeared in the DSM in 1980 as one subcategory of disorders
beginning in childhood/adolescence
-with the publication of DSM-IV, the eating disorders anorexia nervosa and bulimia
nervosa formed a distinct category, reflecting the increased attention they received
- Eating disorders can cause psychological, social and health problems.
- Eating disorders are highest among young women between ages of 15 and 24.
Clinical Description
-the diagnoses of these two disorders share several clinical features, the most important
being an intense fear of being overweight
-some indications are that these disorders may not be distinct diagnoses but may be two
variants of a single disorder
-co-twins of patients diagnosed with anorexia nervosa are more likely than average to
have bulimia nervosa
Anorexia Nervosa
-anorexia refers to loss of appetite, and nervosa indicates that this is for emotional
reasons
-term is not defined properly because most patients with anorexia nervosa actually do not
loose their appetite or interest in food
-on the contrary, while starving themselves, most patients with this disorder become
preoccupied with food; they may read cookbooks constantly and prepare gourmet meals
for their families, so they don’t loise an interest in food and do not lose their appetite.
-can be a life threatening condition and prevalent among young women who are under
intense pressure to keep their weight low
Four features required for the diagnosis
1) The person must refuse to maintain a normal body weight; this is usually
taken to mean that the person weighs less than 85% of what is considered normal
for the person’s age and height. Weight loss is typically achieved through dieting,
although purging (self-induced vomiting, heavy use of laxatives or diuretics) and
excessive exercise can also be part of the picture
2) Person has an intense fear of gaining weight and fear is not reduced by
weight loss. They can never be thin enough
3) Have a distorted sense of their body shape. They maintain that even when an
emaciated (thin), they are overweight or that certain parts of their bodies
particularly the abdomen, buttocks and thighs, are too fat. To check on their body
size, they typically weigh themselves frequently, measure the size of different
parts of the body and gaze critically at their reflections in mirrors. Their self
esteem is closely linked to marinating thinness. Over evaluation of appearance-
the tendency to link self-esteem and self-evaluation with thinness.
www.notesolution.com
Unlock document 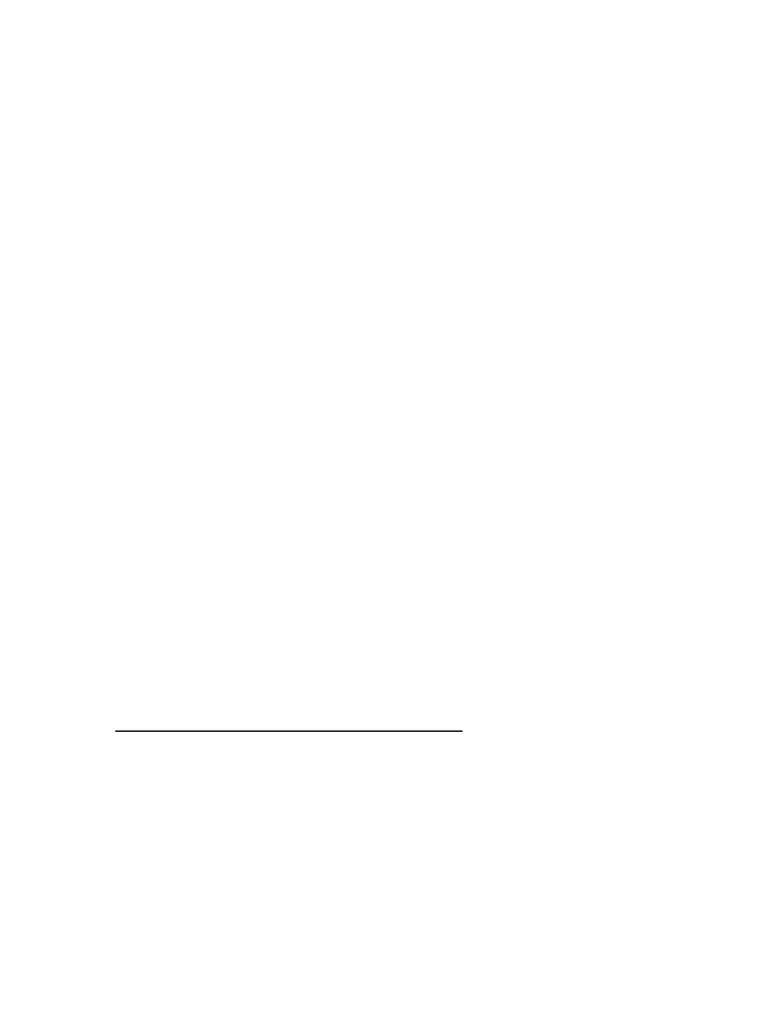 4) In females, the extreme emaciation causes amenorrhea- the loss of
menstrual period. Of the four diagnostic criteria, amenorrhea seems less
important; comparisons conducted in Canada show few differences between
women who meet all four criteria and women who meet the other three but not
amenorrhea. Moreover amenorrhea occurs in a significant minority of women
before any significant weight loss and the symptom persists after weight gain
-distorted body image that accompanies anorexia nervosa has been assessed in several
ways, most frequently by questionnaires such as the Eating Disorders Inventory EDI
-EDI was developed in Canada and is one of the most widely used measures to assess
self-reported aspects of eating disorders
-in another type of assessment, patients are shown line drawings of women with varying
weight and asked to pick the one closest to their own and one that represents their ideal
shape. Patients with anorexia nervosa overestimate their own body size and choose a thin
figure as their ideal
-DSM-IV distinguishes two types of anorexia nervosa
! Restricting type is when weight loss is achieved by severely limiting food intake
! Binge eating-purging type is when the person regularly engages in binge eating
and purging (vomiting/exercising)
"Binging-purging subtype appears to be more psychopathological; patients
exhibit more personality disorders, impulsive behaviour, stealing, alcohol and
drug abuse and suicidal attempts than do patients with the resting type of anorexia
"relative to restricting type, binging-purging patients tend to weigh more in
childhood, come from heavier families and tend to use more extreme weight
control methods
-anorexia nervosa typically begins in the early to middle teenage years, often after an
episode of dieting and exposure to life stress
-10 times more frequent in women with a lifetime prevalence (being widespread) less
than 1%
-these patients are diagnosed frequently with depression, OCD, phobias, panic disorder,
alcoholism and various personality disorders
-comorbidity (Coexistence with another disease) declines whith community rather than clinical
samples are studied because clinical samples include people with more serious problems
-women with anorexia nervosa are also likely to have sexual disturbances
PHYSICAL CHANGES IN ANOREIXA NERVOSA
-self starvation and use of laxatives causes blood pressure to fall, heart rates slow down,
kidney and gastrointestinal problems develop, bone mass declines, skin dries out, nails
become brittle, hormones level change and mild anemia (lower red blood cells) occurs
-some patients lose hair from their scalp and form laguna, a fine soft hair on their bodies
-brain size declines with these patients and EEG (printout of electrical activity in the
brain) abnormalities
-deficits in white matter volumes in the brain are restored upon recovery from anorexia
nervosa but deficits in grey matter volumes appear irreversible at least in the short term
www.notesolution.com
Unlock document 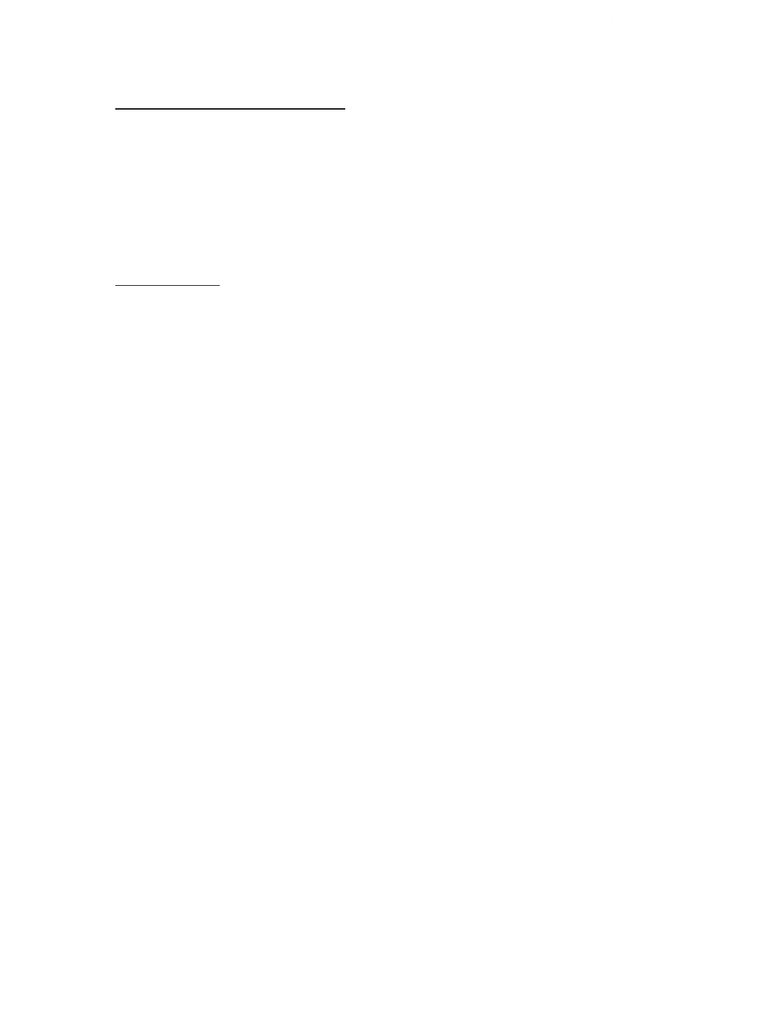 PROGNOSIS (Probable outcomes)
-70% of these patients recover but takes 6-7 years and relapses are common before a
stable pattern is formed
-life threatening disease; death rates are 10 times higher among patients with the disorder
than among the general population and twice as high as among patients with other
psychological disorders
-death most often results from physical complications of the illness eg. Congestive heart
failure and from suicide
Bulimia Nervosa
-bulimia nervosa involves episodes of rapid consumption of a large amount of food
followed by compensatory behaviours such as vomiting, fasting or excessive exercise to
prevent weight gain
-DSM defines binge as eating an excessive amount of food within less than two hours
-bulimia nervosa is not diagnosed if the binging and purging occur only in the context of
anorexia nervosa and its extreme weight lost; the diagnosis in such as case is anoreixa
nervosa, binge eating-purging type
-binges typically occur in secret, may be triggered by stress and the negative emotions it
arouses and continue until the person is uncomfortably full
-stressor that involve negative social interactions maybe influential on binge eating
-bulimics have high levels of interpersonal sensitivity, as reflected in large increases in
self criticism following negative social interactions
-binge episodes tend to be preceded by poorer than average social experiences, self
concepts and moods
-binge episodes are followed by deterioration in self-concept, and mood state and social
perception
-person who is engaged feel that they cant control the amount of food being consumed
-foods that can be rapidly consumed especially sweets such as ice cream/cake are part of
binge
-patients are usually ashamed of their binges and try to conceal them
-they report that they lose control during binge, even to the point of experiencing
something akin to a dissociative state, loosing awareness of what they are doing/feeling
that is not really they who are binging
-after binge is over, disgust, feelings of discomfort and fear of weight gain lead to the
second step of Bulimia nervosa, purging to undo the caloric effects of the binge
-patients often stick fingers down their throats to cause gagging, but after a time many
can induce vomiting at will without gagging themselves
-laxative and diuretic(increases flow of urine) abuse (do very little to reduce body
weight) as well as fasting and excessive exercises are also used to prevent weight gain
-although many people binge occasionally and some people also experiment with purging
, the DSM diagnosis of bulimia nervosa requires that episodes of binging and purging
occur at least twice a week for three months
-like patients with anorexia nervosa, bulimia patients are afraid of gaining weight and
their self-esteem depends heavily on maintaining normal weight
-a morbid fear of fat is an essential diagnostic criterion for bulimia nervosa because
www.notesolution.com
Unlock document