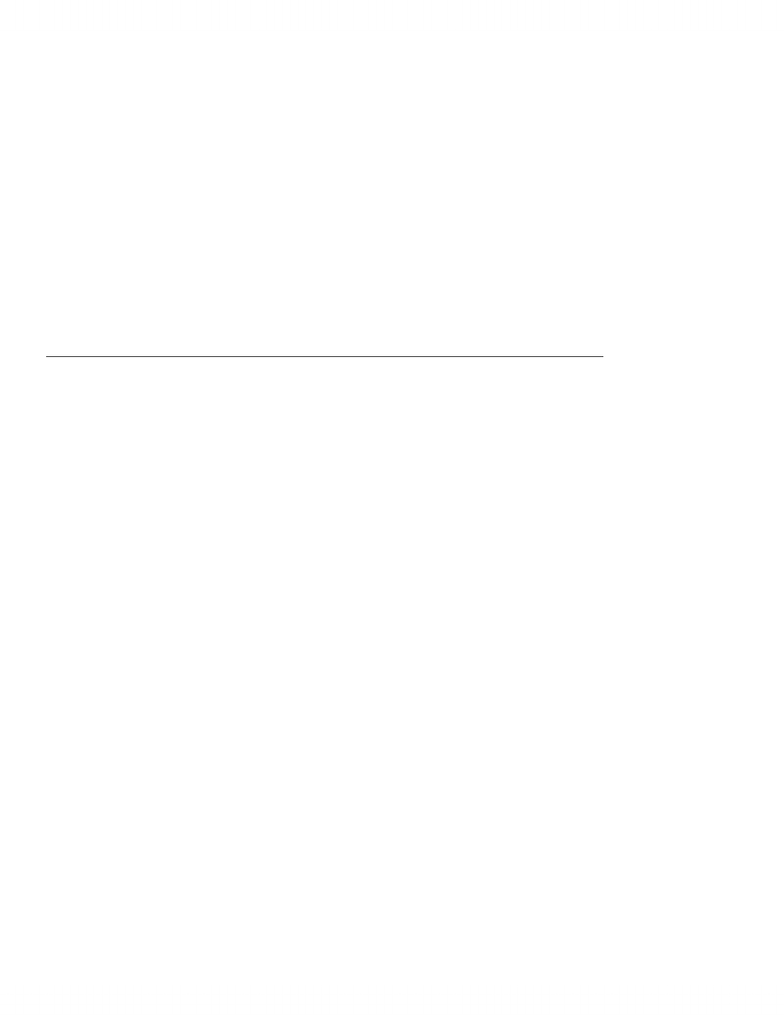 CHAPTER 13: PERSONALITY DISORDERS
personality disorders – a heterogeneous group of disorders, listed separately on Axis II,
regarded as long-lasting, inflexible, and maladaptive personality traits that impair social and
occupational functioning
- personality disorders are a heterogeneous group of disorders that are coded on Axis II of the
DSM; they’re regarded as long-lasting, pervasive, and inflexible patterns of behavior and inner
experience that deviate from the expectations of a person’s culture and that impair social and
occupational functioning
- some, but not all PDs, can cause emotional distress
- an actual PD is defined by the extremes of several traits and by the inflexible way these traits
are expressed
- people with PDs are often rigid in their behavior and cannot change it in response to changes in
the situations they experience
Classifying Personality Disorders: Clusters, Categories, and Problems
- as with other diagnoses, the publication of DSM-III began a trend toward improve reliability
- beginning with DSM-III, PDs were also placed on a separate axis, Axis II, to ensure that
diagnosticians would pay attention to their possible presence
- the reliability of PD diagnoses has improved because of 2 developments: (1) the publication of
specific diagnostic criteria (2) the development of structured interviews specially designed for
assessing PDs
- data now indicate that good reliability can be achieved, even across cultures
- by using structured interviews, reliable diagnoses of PDs can be achieved
- because PDs are presumed to be more stable over time than some episodic Axis I disorders, (eg:
depression), test-retest reliability – a comparison of whether patients receive the same diagnosis
when they’re assessed twice with some time interval separating the 2 assessments – is also an
important factor in their evaluation
- anti-social PD has a high test-retest reliability, indicating that it is a stable diagnosis; a patient
given the diagnosis is very likely to receive the same diagnosis when evaluated later
- the figures for schizotypal and dependent PDs are very low, indicating that the symptoms of
people with these latter 2 diagnoses aren’t stable over time
- researchers assessed the stability of PDs in patients with mood disorders and found that the
10-year stability of categorical diagnoses was “relatively poor”
- stability coefficients were greater when a dimensional view of PDs was used and shorter time
intervals were employed
- consistent with the greater stability of anti-social disorders, Cluster B disorders had the
greatest stability over time
- twas confirmed that there is an overall age-related decline over time in personality dysfunction
as people get older
- twas concluded that the stability of personality dysfunction varies according to subtle but
important differences in the nature of symptoms
- acute symptoms are especially likely to decrease over time (eg: self-harming) while symptoms
reflecting negative affect are quite stable and these chronic symptoms are likely a reflection of
www.notesolution.com 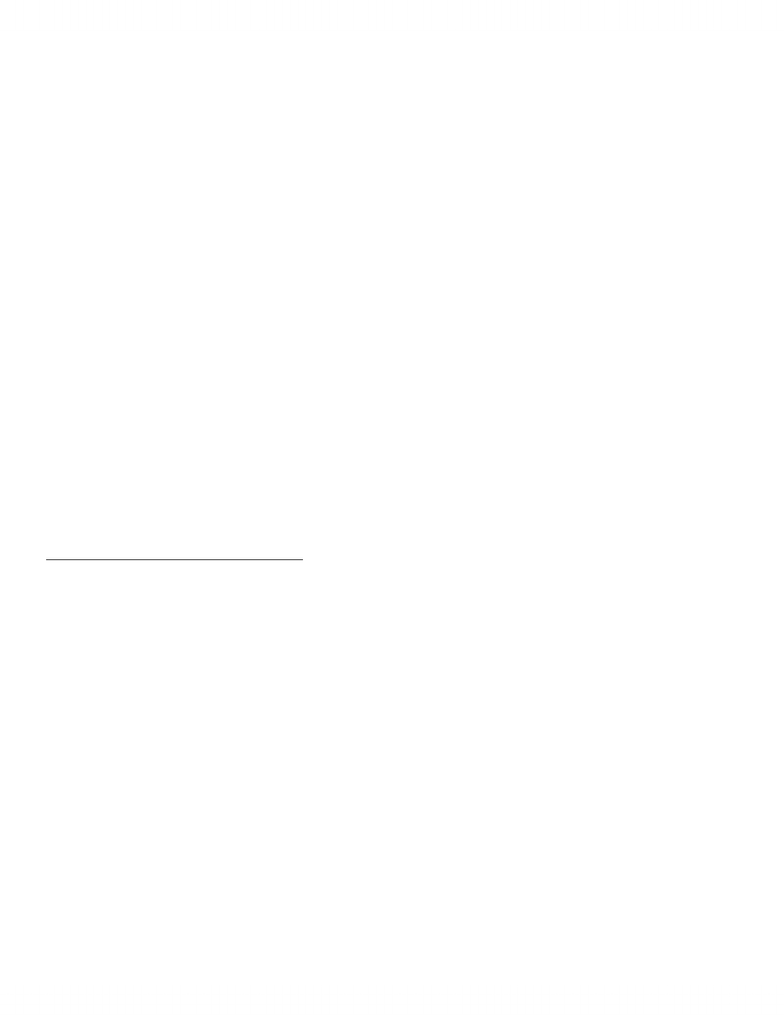 character and personality structure and organization
- a major problem with PDs is that it is often difficult to diagnose a single, specific PD because
many disordered people exhibit a wide range of traits that make several diagnoses applicable
- although some decrease in comorbidity occurred with the publication of DSM-IV, the data still
suggest that the categorical diagnostic system of DSM-IV-TR may not be ideal for classifying
PDs
- the personality traits that constitute the data for classification form a continuum; most of the
relevant characteristics are present in varying degrees in most people
- tests of a categorical vs. a dimensional approach provide strong support for the dimensional
approach
- overall, a dimensional approach seems to apply to most other personality characteristics
- the PDs can be construed as the extremes of characteristics we all possess
- current diagnostic systems are still based on the categorical approach
- researchers regard PD as a failure or inability to come up with adaptive solutions to life tasks
- they identified 3 types of life tasks and proposed that failure with any one task is enough to
warrant a PD diagnosis
- the 3 tasks are:
1. to form stable, integrated, and coherent representations of self and others
2. to develop the capacity for intimacy and positive affiliations with other people
3. to function adaptively in society by engaging in prosocial and co-operative behaviors
- once one of these conditions exists, disorder is evident and the focus can shift to dimensional
ratings
Assessing Personality Disorders
- a significant challenge is that many disorders are egosyntonic; the person with a PD is unaware
that a problem exists and may not be experiencing significant personal distress
- the assessment and diagnosis of PDs are enhanced when the significant others in an
individual’s life become informants
- also, because of the lack of awareness in many cases, disorders may need to be diagnosed via
clinical interviews led by trained personnel
- another significant challenge is that a substantial proportion of patients are deemed to have a
PD not otherwise specified (PDNOS) and these patients don’t fit into existing PD diagnostic
categories
- twas concluded that PDNOS is the 3rd most prevalent type of PD diagnosed via structured
interviews, with the prevalence of this PDNOS ranging from 8-13% in clinical samples
- although clinical interviews are preferable when seeking to make a diagnosis, researchers often
rely on the use of self-report measures when assessing PD symptoms; MMPI-2 can be used to do
this
- researchers described a set of MMPI-2 scales that they developed to assess 5 dimensional
personality constructs to reflect psychopathology; this framework, known as the PSY-5 consists
of dimensions assessing negative emotionality/neuroticism, lack of positive emotionality,
aggressiveness, lack of constraint, and psychoticism
- the PSY-5 seem particularly relevant to certain forms of personality dysfunction
www.notesolution.com 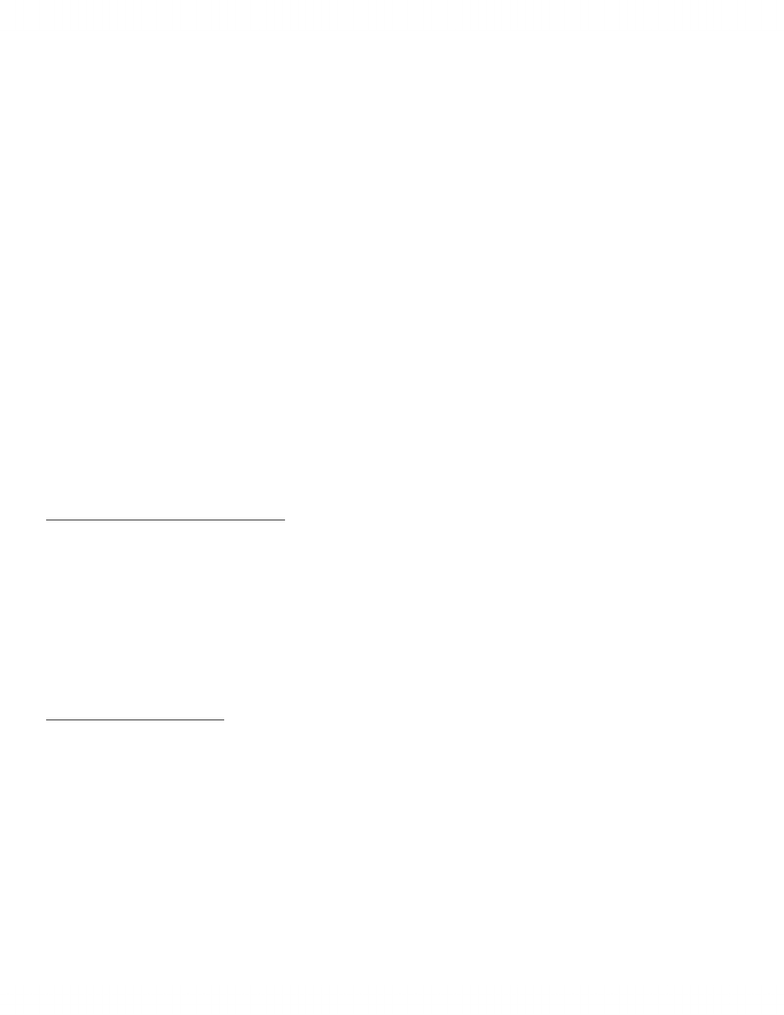 - the most widely used measure of PD symptoms is the Milon Clinical Multiaxial Inventory,
which is now in its 3rd edition
- the MCMI-III is a 175 item true-false inventory and the MCMI-III provides subscale measures
of 11 clinical personality scales and 3 severe personality pathology scales (schizotypal,
borderline, and paranoid)
- the MCMI-III also provides symptoms ratings for clinical syndromes located on Axis I of the
DSM-IV
- it also includes a validity index and 3 response-style indices (known as modifying indices) that
correct for such tendencies as denial and random responding
- 2 key issues involving self-report measures of PD need to be considered;
1. empirical tests comparing the various self-report measures show that they differ in
their content
and are not equivalent
2. a general concern involving self-report measures, including PD measures, is that the
cut-off
points used to determine the presence of a PD often overestimate the number of people
who
meet diagnostic criteria for particular disorders
- ideally if the goal is to obtain accurate diagnoses, a measure such as the MCMI-III is best used
in conjunction with a clinical interview such as the Personality Disorder Examination; this
extensive structured interview provides dimensional and categorical assessments
Personality Disorder Clusters
- when a categorical approach is used and DSM-IV-TR criteria are involved, PDs are grouped
into 3 clusters;
1. cluster A – (paranoid, schizoid, and schizotypal) seem odd or eccentric; these disorders
reflect oddness and avoidance of social contact
2. cluster B – (antisocial, borderline, histrionic, and narcissistic) seem dramatic,
emotional, or
erratic; behaviors are extrapunitive and hostile
3. cluster C – (avoidant, dependent, and obsessive compulsive) appear fearful
Odd/Eccentric Cluster
- this cluster comprises 3 diagnoses: paranoid, schizoid, and schizotypal PDs
Paranoid Personality Disorder
– a disorder in which a person expects to be mistreated by others, becomes suspicious, secretive,
jealous, and argumentative; he/she will not accept blame and appears cold and unemotional
- one with PPD is suspicious of others; they’re always on the lookout for possible signs of trickery
and abuse; such individuals are reluctant to confide in others and tend to blame them even when
they themselves are at fault; they can be extremely jealous and may unjustifiably question the
fidelity of a spouse or lover
- patients with PPD are preoccupied with unjustified doubts about the trustworthiness or loyalty
of others
- they may read hidden negative of threatening messages into events (eg: the individual may
www.notesolution.com

Chapter 13: personality disorders personality disorders a heterogeneous group of disorders, listed separately on axis ii, regarded as long-lasting, inflexible, and maladaptive personality traits that impair social and occupational functioning. Personality disorders are a heterogeneous group of disorders that are coded on axis ii of the. Dsm; they"re regarded as long-lasting, pervasive, and inflexible patterns of behavior and inner experience that deviate from the expectations of a person"s culture and that impair social and occupational functioning. Some, but not all pds, can cause emotional distress. An actual pd is defined by the extremes of several traits and by the inflexible way these traits are expressed. People with pds are often rigid in their behavior and cannot change it in response to changes in the situations they experience. As with other diagnoses, the publication of dsm-iii began a trend toward improve reliability.

Chapter 1 from textbook, covered in week 1 of FALL 2010 semester