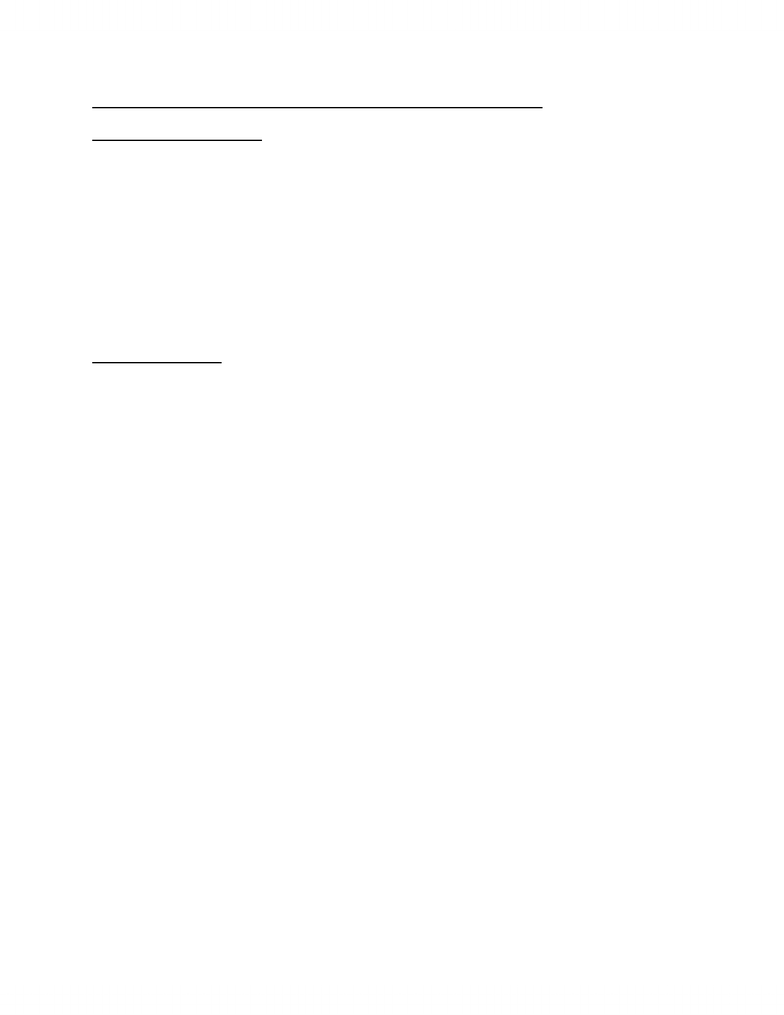 ` Chapter notes
Chapter 5- The child’s growth: Brain, Body, Motor skills, and sexual maturation
Brain Development in Infancy
Cerebrum: a mass of tissue that embodies not only attributes particular to humans—such as speech and
self –awareness—attributes shared with other vertebrate animals—such as sensory perception, motor
abilities, and memory. It is the connected hemisphere of the brain.
Cerebral Cortex: The covering layer of the cerebrum that contains the cells that control specific
functions, such as seeing, hearing, moving, and thinking. Contains about 90% of the brain’s cell bodies.
Figure 5-1: Fetal brain development
Figure 5-3: The Brain’s cortex
Neurons and Synapses
 Most neurons are present in the brain b the 7th month of gestation
 During the embryonic period, neurons multiply at a very rapid pace in a process called neuron
proliferation
o About 250,000 new neurons born every minute
 Adult brain has the capacity to regenerate nerve cells
 Glial cell: Provide neurons with structural support, regulate their nutrient, and repair neural
tissue.
o Some glial cells are responsible for the important task of myelination (in which parts of
neurons are covered with layers of a fatty membranous wrapping called myelin)
o Myelination occurs during the first two years of life, but some continues into adulthood.
Figure 5-4: Myelinated Neuron
 Neural Migration ensures that all parts of the brain are served by a sufficient number of
neurons.
 Absence of sufficient neurons associated with mental disabilities 9ex: dyslexia, schizophrenia)
 Connections between neurons are known as synapses
 Synapses allow for increasingly complex communications
 Synaptogenesis: forming of synapses, begins early in prenatal life
 When new synapses are formed, some surrounding neurons die in what is called a neuronal
death
 In Synaptic pruning the brain disposes of a neuron’s axons and dendrites if that particular
neuron is not often stimulated. (use it or lose it)
 Neuronal death and synaptic pruning are to increase the speed efficiency and complexity of
transmission between neurons and to allow room for new connections that develop as the child
encounters new experiences
Figure 5-5: Synaptic connection between two neurons 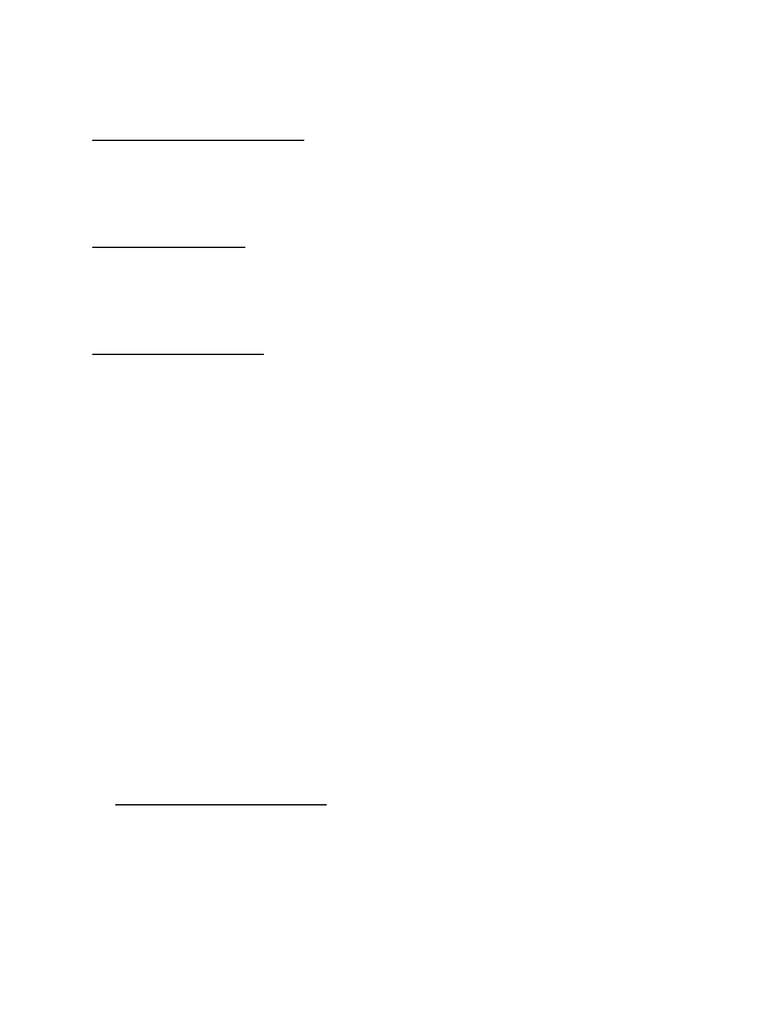 ` Chapter notes
Turning points chart (pg. 160-161)
Sequential Development of the Brain
 Orderly sequence to brain development during infancy present
 Moves from reflexive behaviour to voluntary control of movements
 Motor area develops rapidly
Hemispheric Specialization
 The left and right hemispheres are connected by a set of nerve fibres called the corpus callosum
 They are anatomically different and control different functions
 When one side of the brain suffers damage, the other half may take over some functions
Left and Right Brain Functions
 The left hemisphere of the motor cortex controls simple movement in the right side of the body
 Right hemisphere controls the body’s left side
 Lateralization describes the specialization of each hemisphere in specific perceptual and
cognitive tasks.
 The right hemisphere processes visual-spatial information, non=speech sounds like music and
the perception of faces
 Damage to the right side of the brain = difficulty attending to a task requiring visual-spatial
perception
 Right hemisphere = processing emotional information
 Right-brain damage can have difficulty interpreting facial expressions
 Left-hemisphere is activated in the expression of emotions associated with approach to the
external environment such as joy, interest, and anger
 Right region activated in emotional expressions that cause the person to turn away or withdraw
from that environment (distress, disgust, fear)
 Left hemisphere associated with language processing (trouble understanding and or speaking
clearly themselves)
 Language that involves motor movement of hands (sign language) = right side of the brain which
takes over
 Brain injury at a young age can recover their losses b/c brain isn’t fully developed and
hemispheric specialization is not yet complete
Consequences of Brain Lateralization
 Infants whose left hemisphere differentiates among speech sounds and whose right hemisphere
differentiates among non-speech sounds exhibit better language skills at age 3 than infants who
do not show such strong lateralization
 Dyslexia: the difficulties some children experience in learning to read
o have difficulty integrating visual and auditory information 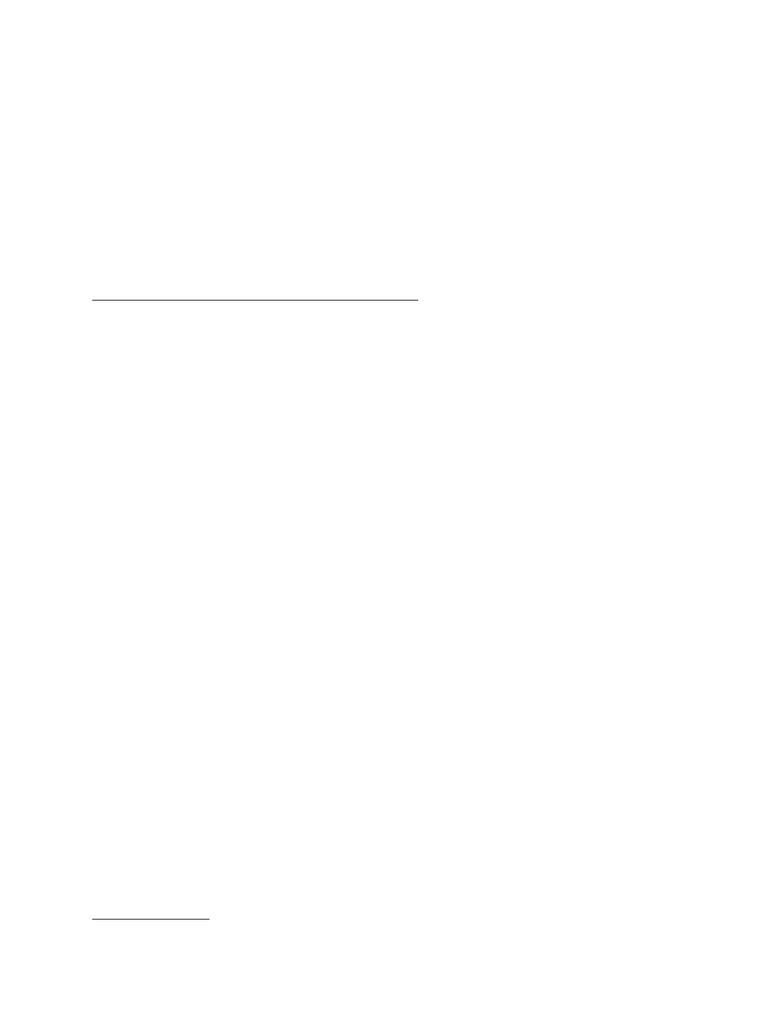 ` Chapter notes
o ex: matching written letters or words to the sounds of those letters and words
o children w/ dyslexia do not show the normal lateralization pattern
o they process spatial info on both sides of the brain rather than primarily on the right and
thus, their left hemispheres may b/cm overloaded leading to deficits in language skills
such as reading
 Handedness is a/o function that is lateralized
 Some left-handed people are ambidextrous (able to use both hands) for some tasks
o Suggests that their brains may be less clearly lateralized than the brains of right-handed
people
The Brain’s Plasticity: Experience and Brain Development
 Stimulation from the environment plays a role in brain development
 Brain’s plasticity is the capacity of the brain (particularly in its developmental stages) to
respond and adapt to input from the external environment
 2 types of experiences influence the brain development:
1) Experiences such as touch, patterned visual input, sounds of language, affectionate
expressions from caregivers, and nutrition
a. Triggers synaptic development and pruning and are critical for normal brain
development
2) Experiences that are unique to individuals
a. Experiences encountered in particular families, communities, and cultures
b. Brain respond to different environments by developing synaptic
connections that encode specific and unique experiences
 Enriched environments tent to increase the complexity of neurons as measured by the number
of dendrites they develop (heavier brains)
 More dendrites means more synapses formed which means more info can be sent via these
synaptic connections
o Recall experiment w/ rats in enriched environment vs. impoverished environments
which led to the discovery of heavier brains for rats in enriched environments
 Infant brains develop “auditory maps” to respond to certain auditory features and not o/s
o These maps then guide infants in recognizing their native language
 Exposure to music can also enrich brain development
 Some research demonstrates that the brain can undergo structural change based on unique
experiences even in adulthood
 In abused children, both the cortex and the limbic system (centres in the brain that are involved
in emotions and infant=parent attachment) are 20-30% smaller and have fewer synapses
Table 5-1: Techniques for studying human brain function and structure
- EEG (electroencephalograph), PET (positron-emission tomography), SPECT (single-photon emission
computed tomography), MRI ( Magnetic Resonance imaging), TMS (Transcranial magnetic stimulation)
Motor Development

Chapter 5- the child"s growth: brain, body, motor skills, and sexual maturation. Cerebrum: a mass of tissue that embodies not only attributes particular to humans such as speech and self awareness attributes shared with other vertebrate animals such as sensory perception, motor abilities, and memory. It is the connected hemisphere of the brain. Cerebral cortex: the covering layer of the cerebrum that contains the cells that control specific functions, such as seeing, hearing, moving, and thinking. Contains about 90% of the brain"s cell bodies. Most neurons are present in the brain b the 7th month of gestation. During the embryonic period, neurons multiply at a very rapid pace in a process called neuron proliferation: about 250,000 new neurons born every minute. Adult brain has the capacity to regenerate nerve cells. Neural migration ensures that all parts of the brain are served by a sufficient number of neurons. Absence of sufficient neurons associated with mental disabilities 9ex: dyslexia, schizophrenia)