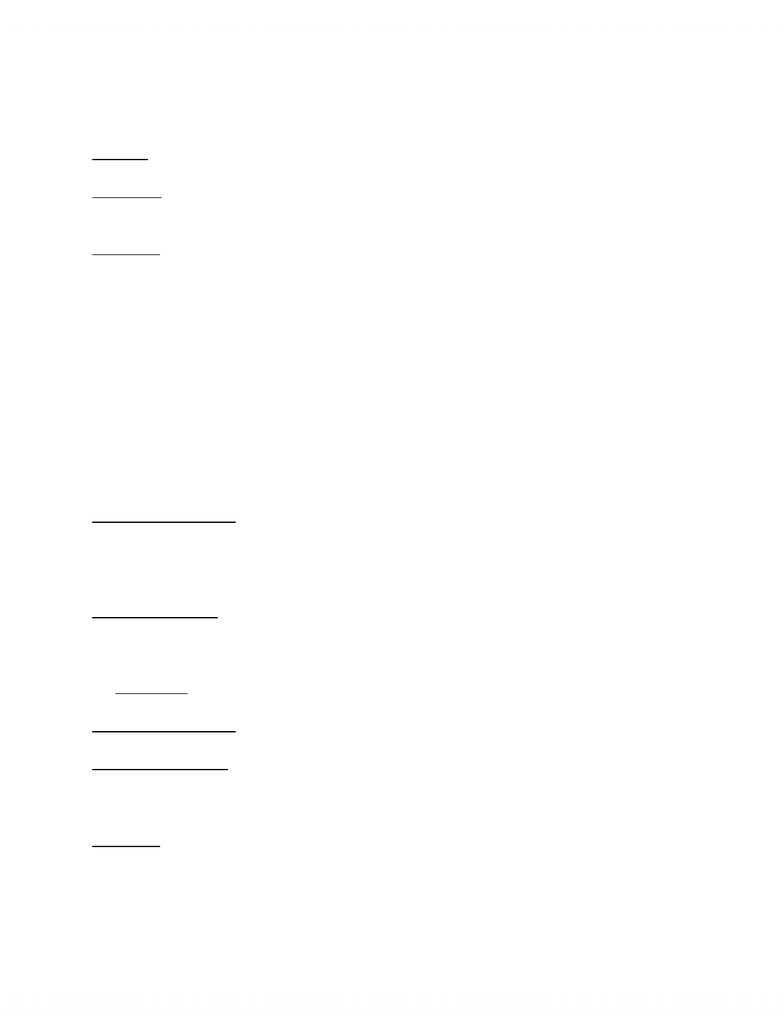 Chapter 6: Space Perception and Binocular Vision
Realism
-A philosophical position arguing that there is a real world to sense
Positivism
-A philosophical position arguing that all we really have to go on is the evidence of the
senses, the world may be nothing more than an elaborate hallucination
Euclidean
 The geology of the world, so named in honor of Euclid, the ancient Greek geometer
of the third century BC E. in Euclidean geometry, parallel lines remain parallel as they
are extended into space, objects contain the same shape as they move around in
space, the internal angles of trying to always add to the 180° and so forth
-Do geometry of retinal images of the world is decidedly non-Euclidean
We construct the world from two non-Euclidean inputs: the two distinct retinal
images
-Advantages to having two eyeballs: you can lose one night and still be able to see,
they enable you to see more of the world
Our visual field is limited to about 190° from left to right, 110° of which is
covered by both eyes; 60° up in the center of the gays and 80° down
Binocular visual fields just a better chance to spot small, fast-moving objects
Binocular summation
-Combination of signals from each eye in ways that make performance on many
tasks better with both sides with either I alone
They have provided evolutionary pressure that first moved eyes to the front of
some birds and mammals face
Binocular disparity
-The difference between the two but no images of the same word. Disparity is a basis
for vivid perception of the three dimensionality of the world that is not available with
purely monocular vision
-Stereopsis – the ability to use binocular disparity execute steps
Not a necessary condition for depth perception or space perception
Monocular depth cue
-The depth cue that is available even world is viewed with one eye alone
Binocular depth cue
-Adept queue that relies on information from both eyes.
When Ocular Cues to Three-Dimensional Space
Occlusion
-Occlusion gives information about the relative positions of objects
Present in almost every visual scene
Most reliable of all depth cues
1
www.notesolution.com 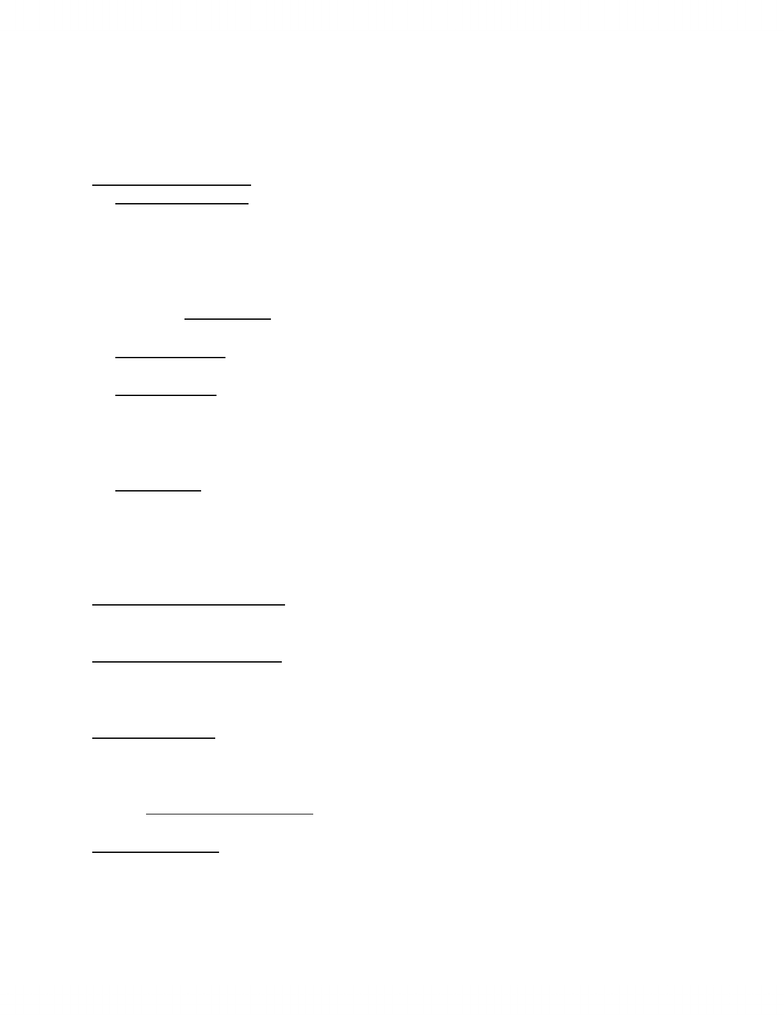 -Non-metrical desk – you eject key that provides information about the depth order
but not depth magnitude
-Metrical desk – provides quantitative information about distance in the third
dimension
Size and Position Cues
-Projected geometry
The geometry that describes the transformations that occur when a three-
dimensional world is projected onto a two-dimensional surface–for example
parallel lines do not converge in the world, but they do in the two-dimensional
projection
Smaller things are further away
Relative size - the comparison of size between items without knowing half
the size of either one
-Texture gradient - at depth cue based on the geometric fact that items of the same
size form smaller images when they are further away
-Relative height - the observation that objects at different distances from the viewer
on the ground plane will form images at different heights in the retinal image. Objects
rather way will be seen as higher an image
-The objects on the ground plane, objects that are more distant or higher individual
fields
-Familiar size - but that’s queue based on knowledge of the typical size of objects like
humans or pennies
-Occlusion is a non-magical queue, providing only depth order
-Relative size and relative height use provide some metrical information
Relative metrical depth cues
-The depth key that could specify that objects 1 was twice as far away as object 2
without providing information about the absolute distance
Absolute metrical depth cue
-A depth cue that provides absolute information about the distance in the third
dimension
Aerial Perspective
-The fainter mountains may appear to be farther away than the darker ones–this
relies on an implicit understanding that light is scattered by the atmosphere
-More distant objects are subject to more scatter and appear fainter and less distinct
Hayes/aerial perspective
-Short wavelength are scattered more than medium and long wavelength
Linear Perspective
-A depth cue based on the fact that lines that are parallel in the three-dimensional
world will appear to converge in a two-dimensional image
-When the parallel lines lie in a plane that is parallel to the plane of the two-
2
www.notesolution.com 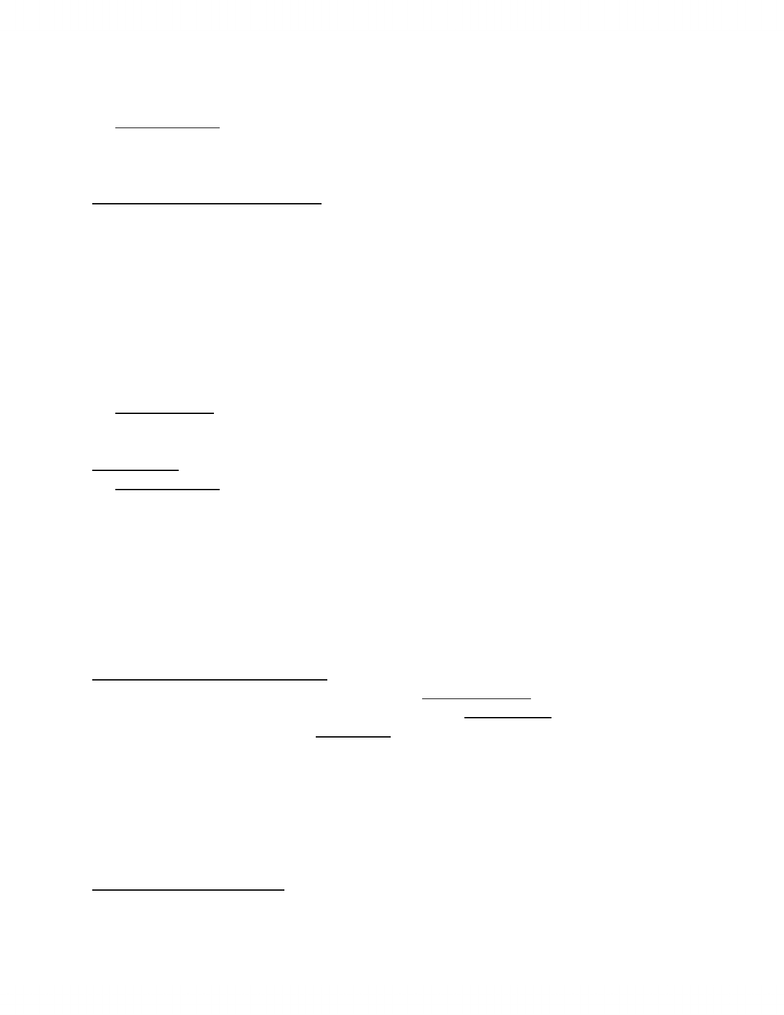 dimensional image, the parallel lines will not appear to converge
-Vanishing point that parent point at which parallel lines receding in-depth converge
-When your perspective can be seen as a special case of the relative size and height
cues; it provides relative metrical depth information.
Pictorial Depth Cues and Pictures
-The depth cues discussed so far are known as the pictorial depth cues and they are
produced by the projection of the three-dimensional world onto the two-dimensional
surface of the retina
-To correctly interpret the shape of three-dimensional objects from two-dimensional
pictures, people take the orientation of the flat surface of the image into account so
that they can understand both that the picture is, in fact a picture and at the same
time, calculate an accurate impression of the thing that is portrayed
-Our visual system compensates for the perceptual distortion in the first picture, or
the context enables us to take the orientation of the surface and account–figure 6.17
page 143
-Anamorphosis – use of the rule of linear perspective to create a two-dimensional
image so distorted that it looks correct only when viewed from special angle or with
the mere that counters the distortion
Motion Cues
-Motion parallax – an important depth cue that is based on head movement. The
geometric information obtained from an eye into different positions at two different
times is similar to the information from the two eyes in different positions in the head
at the same time
-As your train moves from left to right, objects shift right to left but some things shift
more than others
-When your eyes move, objects closer to you shift position more than objects further
away when you change your viewpoint
-The downside of motion parallax is that it works only if the head moves
Accommodation and Convergence
-The human eye focuses via a process called accommodation in which the lens gets
fatter as the director gaze toward your objects; and convergence refocusing by
rotating the eyes inward, and divergence be focusing by rotating the eyes outward
-The more you have to converge and more the lens has to bulge in order to focus on
the object, the closer it is
-Convergence of these more than accommodation
-These cues are the only ones besides familiar size that can tell us the exact distance
to object
Binocular Vision and Stereopsis
Corresponding retinal points
-A geometric concepts stating that point on the retina in each eye with them and not
3
www.notesolution.com

A philosophical position arguing that there is a real world to sense. A philosophical position arguing that all we really have to go on is the evidence of the senses, the world may be nothing more than an elaborate hallucination. Do geometry of retinal images of the world is decidedly non-euclidean.  we construct the world from two non-euclidean inputs: the two distinct retinal images. Advantages to having two eyeballs: you can lose one night and still be able to see, they enable you to see more of the world.  our visual field is limited to about 190 from left to right, 110 of which is covered by both eyes; 60 up in the center of the gays and 80 down.  binocular visual fields just a better chance to spot small, fast-moving objects. Combination of signals from each eye in ways that make performance on many tasks better with both sides with either i alone.