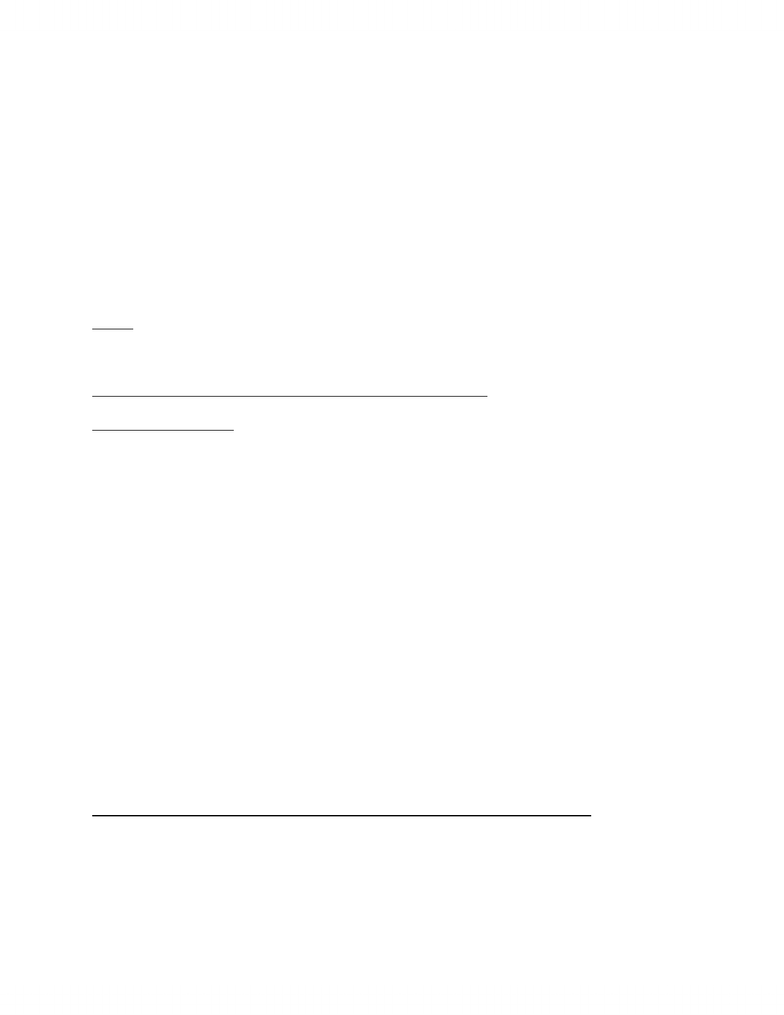 Explain premotor theory of attention – observation we unable to move our eyes w/o shifting
our attention but we can shift our attention w/o moving our eyes. Cuz (not in book) shift of
attention are oculmotor program, u shift your attention when ur oculmotor program is
ready to be executed, it takes some time to process the activity. At that point when
oculmotor program is ready to be executed so eye can be moved to target of interest that is
the point when u move your eye. So attention perceives eye movement. So eye moves after
shift of attention but that depends on if itz overt or covert attention, if it is overt then we do
shift eye attention. Possible that itz covert of attention if we don’t shift our eye. Itz possible
cuz the oculmotor program might not be ready to executed so itz not passed on to muscle of
eyes, so activity might not enter brain so no shift eye before attention.
QUIZ
2) ILD = interaural level difference.
CH9 HEARING: PHYSIOLOGY AND PSYCHOACOUSTICS
WHAT IS A SOUND?
Deafness deprives u of the most fundamental of human abilities: communication through
speech
Sound created when objects vibrate, vibration causes molecules in object’s surrounding
medium to vibrate which causes pressure to change in medium (for humans, usually earth’s
atmosphere). Pressure changes can be described as waves; they are similar to waves on
pond that are caused when we drop a rock into water. Water molecules displaced by rock not
themselves travel very far, but the pattern of displacement will move outward from source
until smt gets in itz way. Though pattern of sound and waves not change, the initial amount
of pressure does change, it getz less prominent.
Sound waves travel at a particular speed depending on medium, moving faster through
denser substances, ie muggy days. Normally speed of sound through air is about 340m/s.
Light moves way faster. A jet plane travels faster than the speed of sound, ie plane catches
up to and passes the fronts of sound waves it is creating. Thus sound waves combine into a
shock wave, or a huge pressure fluctuation. When shock reaches ground, it makes a sound
called ‘sonic boom’
BASIC QUALITIES OF SOUND WAVES: FREQUENCY AND AMPLITUDE
Sound waves that we hear are fluctuations in air pressure across time. Magnitude of
pressure change in sound wave – difference b/w highest pressure area and lowest pressure
are = amplitude (magnitude of displacement ie increase or decrease, of a sound pressure
www.notesolution.com
Unlock document 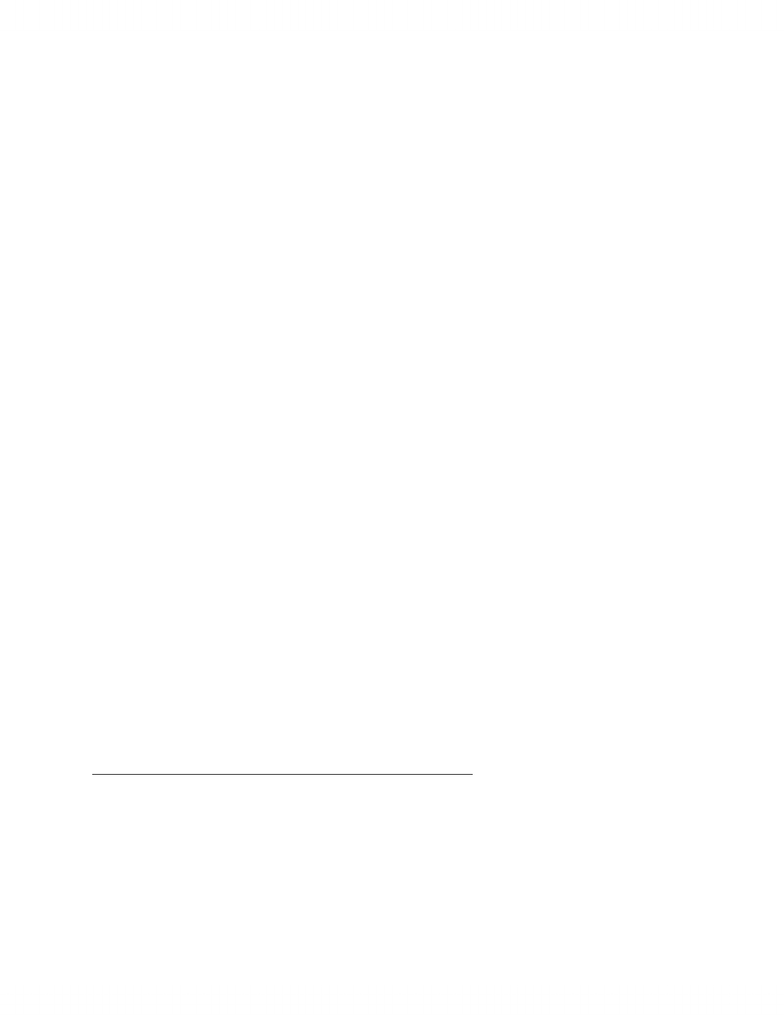 waves or of a head movement, ie angular velocity, linear acceleration, tilt) or intensity
(amount of sound energy falling on a unit area ie square centimetre) of a wave
Pressure fluctuations can be very close together or they can be spread apart over longer
periods. For light waves, we describe pattern of fluctuation by measuring distance /b/ peaks
in wavelengths. Although sound waves have wavelengths we describe its pattern by noting
how quickly pressure fluctuates, rate of fluctuation = frequency of the waves = for sound,
the # of times /s that a pattern of pressure change repeats.
Frequency is measure by hertz (Hz), 1 Hz equals 1 cycle /s. For ex, 500Hz wave goes from its
highest point down to its lowest point and back up to its highest point 500 times every s.
Amplitude is associated w/ perceptual quality of loudness = psychological aspect of sound
related to perceived intensity or magnitude, more intense = more loud. Frequency is
associated w/ pitch = psychological aspect of sound related mainly to the fundamental
frequency. Low frequency = low pitch, high = high.
Humans hear across a wide range of sound intensities, ratio b/w faintest sound that can be
heard to loudest could be heard w/o damage to ear is more than a million. sound levels are
measured on a log scale using units called decibels (dB). dB define the diff b/w 2 sounds as
the ratio b/w 2 sound pressures. Each 10:1 sound pressure ratio equals 20 db, and a 100:1
ratio equals 40 dB
Equation for defining decibels dB=20log(p/po)  small o. P=pressure/intensity of sound. Po
= reference pressure = 0.0002 dyne/cm2. And levels are defined as dB SPL (sound pressure
level). 0.002 dyne/cm2 is a level close to the minimum pressure that can be detected at
frequencies for which hearing is most sensitive, and dB values greater than 0 describe ratio
b/w a sound being measured and 0.0002 dyne/cm2
If the pressure of the sound you measuring (p) is equal to 0.0002 dyne/cm2, then dB = 20
log(1). Log (1) = 0, a sound pressure that low would be equal to 0 dB SPL
For log scales such as dB, relatively small decibel changes can correspond to large physical
changes. For ex, an increase in 6 dB corresponds to doubling of amount of pressure
SINE WAVES, COMPLEX TONES, FOURIER ANALYSIS
Sine wave/ pure tone = waveform for which variation as a function of time is a sine function
= simplest kinds of sound. Air pressure in sine wave changes continuously (sinusoidally) at
same frequency. Time taken from one complete cycle of a sine wave is period (time, or space
required for one cycle of a repeating waveform) of the sine wave, and there are 360 degrees
of phase (relative position in time of 2 or more sine waves) across one period. Sine wave is
described in degree.
www.notesolution.com
Unlock document 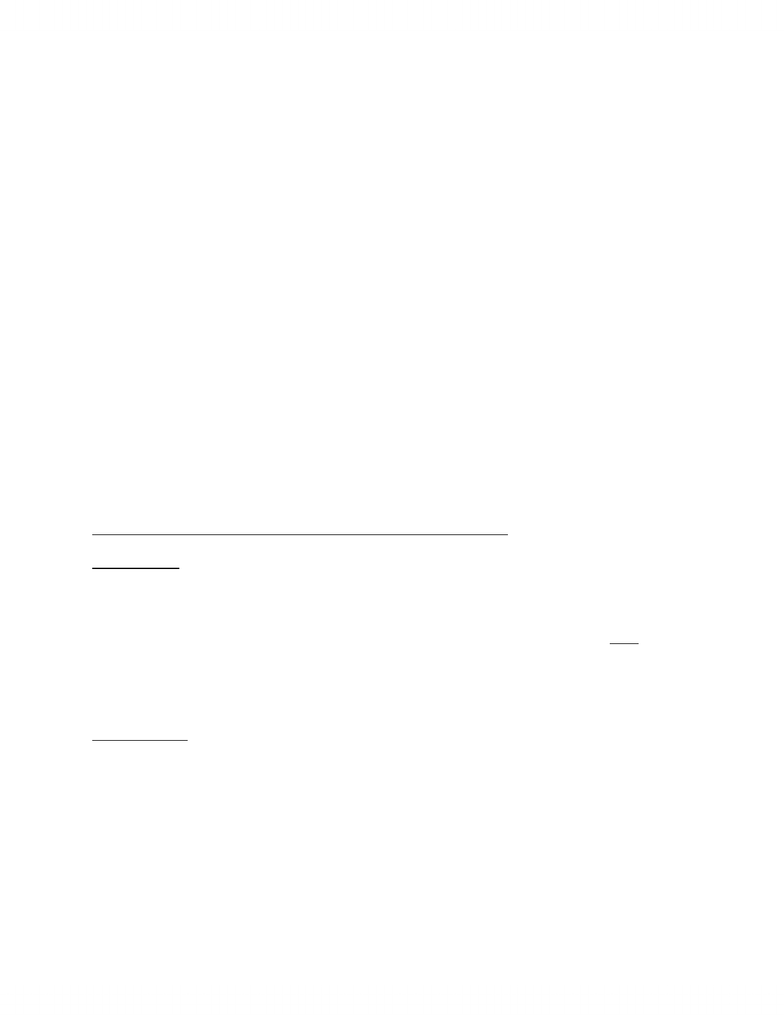 Pure sine wave is not common. We usually hear complex tone = sound wave consisting of
more than one sinusoidal component of diff frequencies
Fourier analysis = mathematical theorem by which any sound can be divided into a set of
sine waves. Combining these sine waves will reproduce the original sound. Results of a
Fourier analysis w/ a graph = spectrum = representation of the relative energy, intensity,
present at each frequency, it shows the intensity of each sine wave frequency found in
complex tone
Harmonic spectra = spectrum of a complex sound in which energy is at integer multiplies of
fundamental frequency. Caused by simple vibrating source, each frequency component in
such a sound is called harmonic. 1st harmonic called fundamental frequency = lowest
frequency component of sound, all other harmonics have frequencies that are integer
multiples of fundamental
The properties of sound sources determine the spectral shapes of sounds in fourier
spectrum which helps us to ID sound sources. For ex diff instruments play the same note
yet they sound different, only spectrum will show us that, ie the pattern of amplitudes for
each harmonic varies. Timbre = psychological sensation by which a listener can judge that 2
sounds w/same loudness and pitch are dissimilar. Timbre quality is conveyed by harmonics
and other high frequencies.
BASIC STRUCTURE OF MAMMALIAN AUDITORY SYSTEM
OUTER EAR
Sounds first collected from environment by pinna = outer, funnel-like part of ear, the
structure we typically call ear. Only mammals have pinnae. Then it goes into the ear canal
= canal that conducts sound vibrations from pinna to the tympanic membrance and
prevents damage to tympanic membrane, 25mm, itz length and shape enhance sound
frequencies between about 2000-6000 Hz. Tympanic membrane = thin sheet of skin that
moves (vibrates) in and out in response to pressure changes of sound waves
MIDDLE EAR
Pinna and ear canal make up division of auditory system = outer ear. Tympanic membrane
is border b/w outer and middle ear consists of 3 tiny bones = ossicles that amplify sound
waves. First ossicle, malleus, = is connected to tymapanic membrane, thus receiving
vibration from it and also connected to 2nd ossicle = incus = connected to stapes which
transmits vibrations of sound waves (by pressing against oval window of cochlea) to oval
window (flexible opening to ochlea through which stapes transmits vibration to fluid inside)
www.notesolution.com
Unlock document