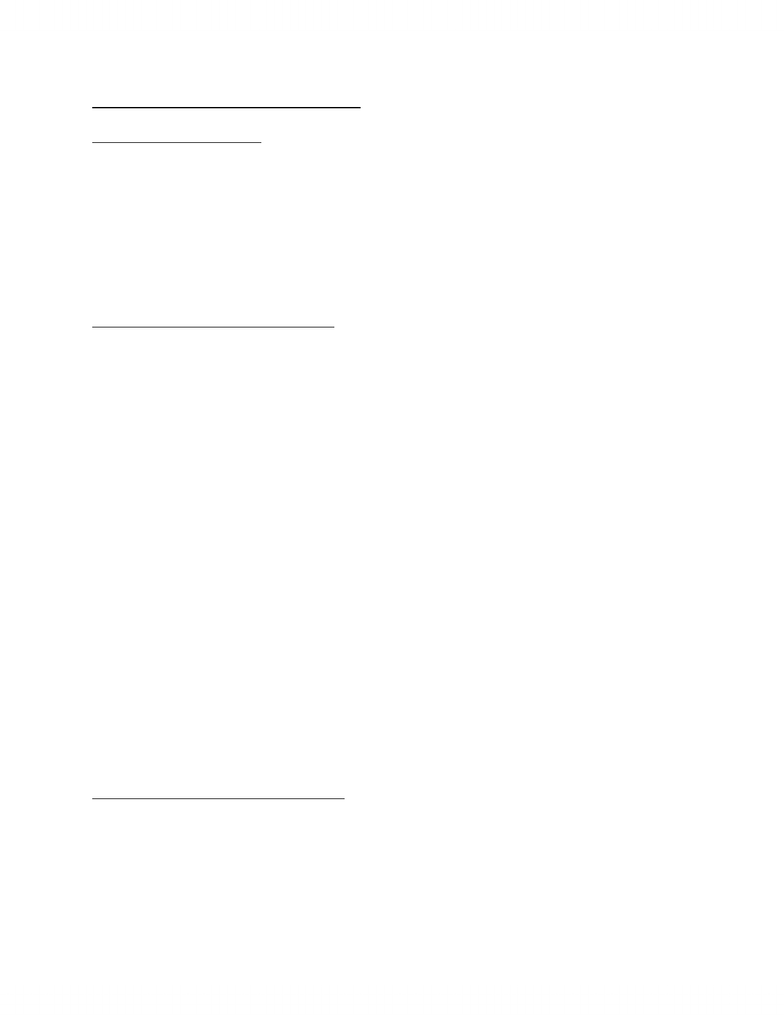 CH 10 HEARING IN ENVIRONMENT
SOUND LOCALIZATION
Unlike vision, sound enters ears in exactly same place regardless of where owl is, for vision
u see the owl and if it was in your right visual field then it will end up in left retina
For most position in space, sound source b closer to 1 ear than to other. Thus 2 potential
types of info for determining source of sound, localization cues. 1) pressure wave will not
arrive at both ears at same time, it arrives sooner to ear closer to source. 2) intensity of
sound is greater @ ear closer 2 source.
INTERAURAL TIME DIFFERENCE
ITD = diff in time /b/ a sound arriving at one ear vs. Other. Azimuth = angle of a sound
source on horizontal plane relative to pt in centre of head /b/ the ears. Azimuth is measured
in degrees w/ 0 being straight ahead. Angle increases clockwise towards right with 180
degrees being directly behind. ITD are largest about 640 mircoseconds (us) when sounds
come directly from left or directly from right. If a sound comes from directly in front or
behind it produces an ITD of 0 cu sound reaches both ears at same time (see p252) so itz 0
degree infront with 0us and then 20degree on right, 60 degree, 90 degree, 120, 160, 180,
with respectfully 200us, 480us, 640us, 480us, 200us, 0us. On the left it will be -20, -60, -90
degrees with -200us, -480, -640 us. Listeners can detect interaural delays of as little as 10us
which is good enough to detect the angle of a sound source to within 1 degree
As info moves upward through system, with every additional synapse, timing /b 2 ears is
likely to become less precise. MSO = medial superior olive =a relay station in brain stem
where inputs form both ears contribute to detection of interaural time difference. This is the
place where ITD detectors are located. Found neurons in MSOs whose firing rates increase
in response to very brief time differences between inputs from the 2 ears of cats.
Like binocular neurons formation, ITD detectors form during first few months of life. The
interpretation of ITDs, associating a given ITD w/given angle is critically dependent on size
of head, so our ITD interpretation mechanisms are not prewired in babies cuz bb’s heads
grow
INTERAURAL LEVEL DIFFERENCE
2nd cue to sound localization = ILD = diff in level (intensity) b/w a sound arriving at one ear
vs the other. Sounds are more intense at ear closer to sound source cuz head partially blocks
sound pressure wave from reaching opposite ear. ILD similar to ITD: sounds are more
intense at ear that is closer to sound source; ILD is largest at 90 and -90 degree and it is
nonexistent at 0 degree and 180; /b/ these 2 extremes, ILD generally correlates w/angle of
www.notesolution.com
Unlock document 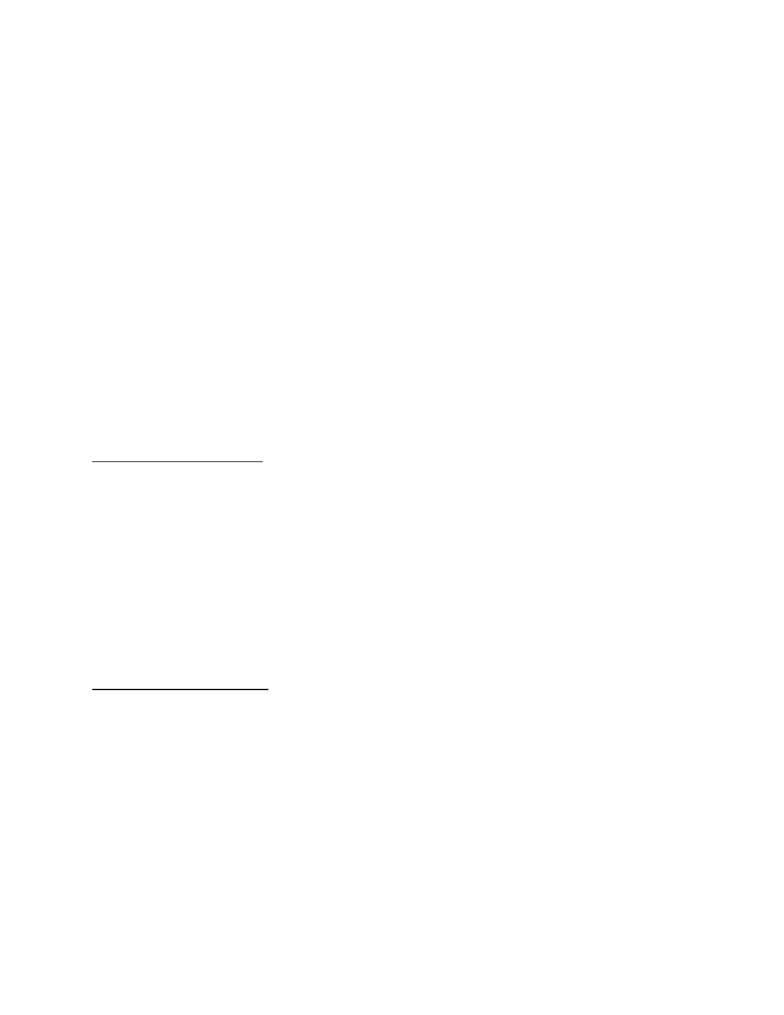 sound source, but cuz of the irregular shape of the head, the correlation not quite as great
as it is with ITDs
Differences /b/ ILD and ITD: head blocks high frequency sounds much more effectively than
it does low frequency sounds. This is cuz the long wavelengths of low frequency sounds bend
around the head. Thus ILDs are greatest for high frequency tones and ILD cue provides
best info about sound source location. ILDs are greatly reduced for low frequencies,
becoming almost nonexistent below 1000Hz
Neurons that are sensitive to intensity differences /b/ the 2 ears can be found in lateral
superior olives (lSOs) = relay station in brain stem where inputs from both ears
contribute to detection of ILD, receives both excitatory (comes from the ipsilateral) ear and
inhibitory inputs (come from contralateral ear via the medial nucleus of trapezoid body
(MNTB). Neurons in LSOs are so sensitive to diff in intensity across 2 ears is the
competition /b/ excitatory inputs from one ear and inhibitory inputs from other ear, so one
ear (the one closer to sound) better at exciting LSO neurons and the other ear better at
inhibiting LSO
CONES OF CONFUSION
Cones of confusion = region of positions in space where all sounds produce same time and
level (intensity) differences (ITDs and ILDs). Ex at 60 degree ITD = 480us. At 120 degree,
ITD =480us. At 20 degree, 160 degree both = 200us. There is infinite # of cones of confusion.
Widest cone is really a circle extending from directly in front of u up to directly over your
head, back to directly behind back of your head, and continuing to directly below u
When we move our head, the ITD and ILD of a sound source shift, and only one spatial
location will be consistent w/ITDs and ILDs perceived at both head positions.. the 2 diff
color dog experiment, once shift head, one of the dog no longer consistent w/ITD and ILD
PINNA AND HEAD CUES
Pinna also provides us with localization cue so if cones are confused itz ok. Pinnae serves as
funnel sound energy into ear canal, certain sound frequencies more efficiently than others,
and intensity of each frequencies varies slightly according to direction of sound, this
variation provides us w/another auditory localization cue
Sounds maybe equally intense but energy at all frequencies is not equally intense at
eardrum due to location of canal. Pinnae alter spectral shapes
Head-related transfer function (HRTF) = function that describes how pinna, ear canal,
head, and torso change intensity of sounds w/diff frequencies that arrive at each ear from
www.notesolution.com
Unlock document 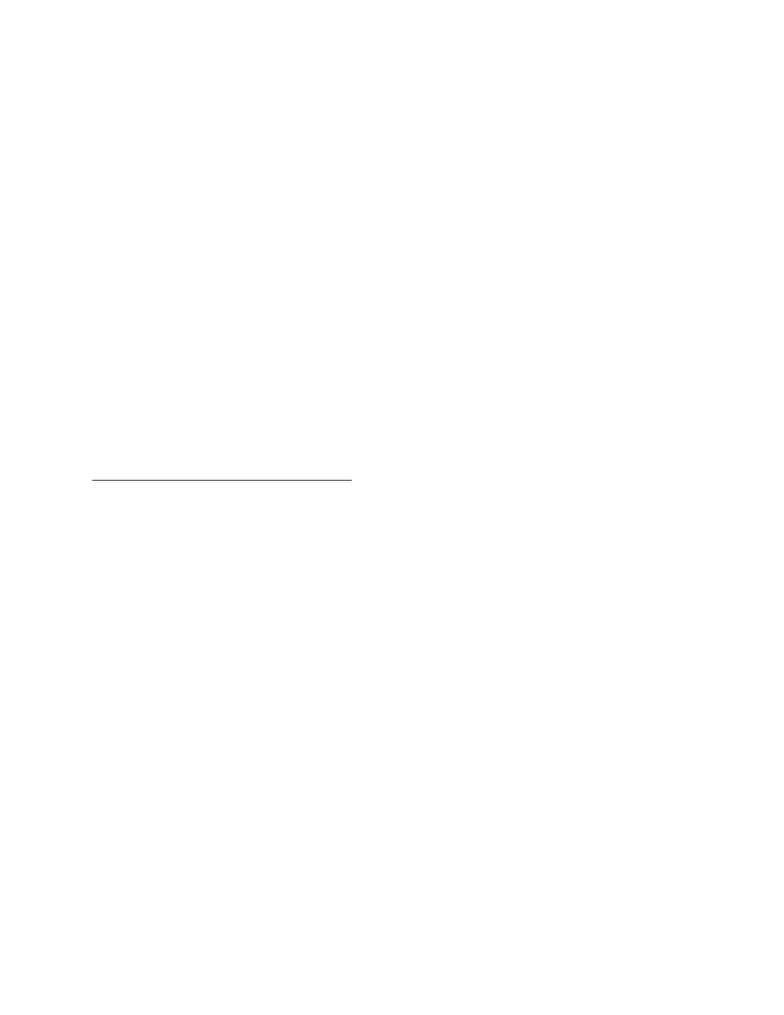 diff locations in space (azimuth and elevation). It is the sum total of these intensity shifts
that can be measured and combined to determine the HRTF for a set of pinnae
ITDs and ILDs can be stimulated but HRTFs can’t. For ex hearing a concert live vs.
Hearing it through headphone now can’t really noe where the flute is coming from. This is
akin to visual depth perception. Pictorial cues can give limited sense of depth but to get true
perception of 3D, we need binocular-disparity info that normally we get only when we’re
seeing real objects. HRTF can be stimulated like stereoscopes can be designed to simulate
binocular disparity. Use 2 microphones are placed near eardrums, sound source, is recorded
from these 2 microphones. If this special stereo recording, binaural recording, is played over
headphones, listener can experience sounds as if in world but every set of pinnae is diff, so
for stimulation to work, all listeners need special recordings
Ears grow and change. Listeners learn about ways HRTFs relate to paces in environment
through their extensive experience listening to sounds. Kids update their way of using
HRTFs during development. When plastic molds were folded into adult’s pinnae, after few
weeks they adapted to it and their localization ability improved compared to when they just
had it on. once removed, old ears just as good.
AUDITORY DISTANCE PERCEPTION
Cues such as ITD, ILD, HRTF not tell how far away a sound is. Simplest cue for judging
distance of sound source is relative intensity of sound. Cuz sounds become less intense
w/greater distance, listeners have little difficulty perceiving the relative distances of 2
identical sound sources. This cue suffers same problem as relative size in depth perception.
Interpreting cue requires one to make assumptions about sound sources that may turn out
to be false.
Effectiveness of relative intensity decreases substantially as distance increase cuz sound
intensity decreases according to inverse –square law = principle stating that as distance
from a source increase, intensity decreases faster such that decrease in intensity is distance
squared. This general law also applies to optics and other forms of energy. When sound
sources are close to listener, a small difference in distance can produce a relatively large
intensity difference but as the distance gets larger, we tend to underestimate the distance
Intensity works best as distance cue when sound source or listener is moving. And when
they themselves move, this is similar to motion parallax in perception f visual depth, sounds
that are farther away do not seem to change direction in relation to listener as much as
nearer sounds do.
Another cue for auditory distance is spectral composition of sounds. Sound absorbing
qualities of air dampen high frequencies more than low frequencies, so when sound sources
www.notesolution.com
Unlock document