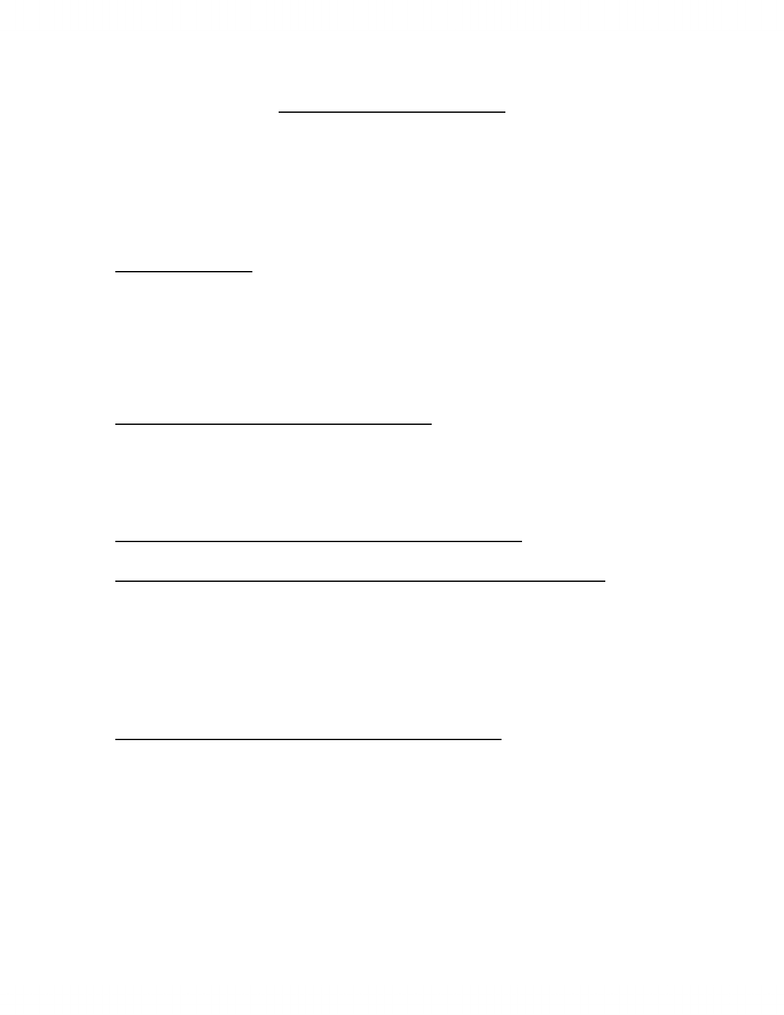 Chapter 6- Working Memory
•We need to keep some bits of information accessible in mind to perform cognitive
operations of them, mull them over and transform them. This short term mental
storage and manipulation operations are collectively called working memory
•Working memory is similar to a blackboard that temporarily holds information and
allows us to alter it, but once we are done with the information it can be erased
Computer Metaphor
•Working memory is analogous to computer’s RAM, but comparison with RAM leads
to two further predictions:
1. Any program can access RAM, therefore, no fixed mapping of a part and its
related processes
2. As there is more RAM, we can multi-task more
Implications of the Nature of Working Memory
•Working memory capacity; the amount of information that can be held accessible.
People vary in their working memory capacity and this variation accounts for the
differences in intelligence, learning etc
From Primary Memory to Working Memory: A Brief History
William James: Primary Memory, Secondary Memory, and Consciousness
•Primary memory is the initial repository in which information can be stored and
made available to conscious inspection, attention and introspection. In this way,
information is continually accessinlr
•Secondary memory/long term storage memory is the store from which information
cannot be retrieved without initiating an active cognitive process
Early Studies: The Characteristics of Short-Term Memory
•Miller suggested that people can only keep 7 items active in the short-term storage
and this limitation influences performance on a wide range of mental tasks. This
concept was supported by the tests of short-term memorization
•The short term memory is perceived as highly flexible and subject to manipulation
•Single items can be grouped together into higher level units of organization called
chunks; that expand the capacity of short term memory. Chunking is governed by by
concept of meaningfulness
www.notesolution.com
Unlock document 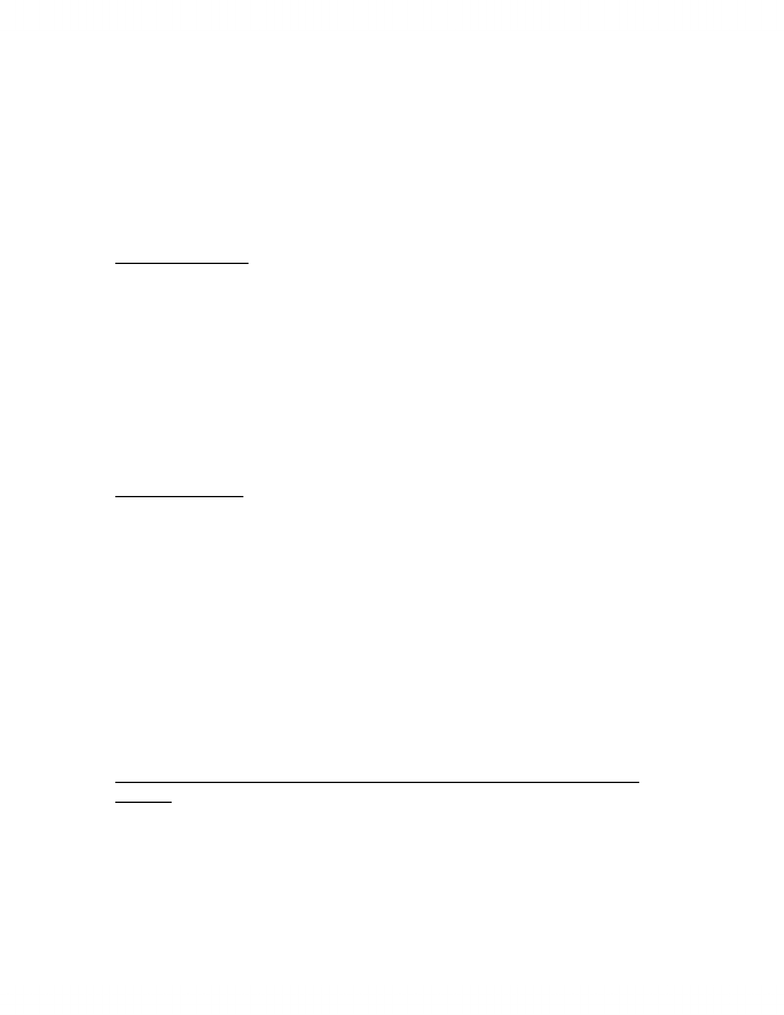 •Words are put into phrase-chunks which is why it is easier for us to remember verbal
information
•Recent research suggests that number of items held in the memory may just be 3 +/- 1
because if participants are prevented from chunking/rehearsing, the storage capacity
is perceived as much smaller
•Short term memory is defined in terms of its short duration and high level of
accessibility
Brevity of Duration
•The idea is that information would be held in the short-term memory for a very brief
period of time if the participants are not allowed to rehearse the information.
•This idea has been supported by the results of Brown-Peterson task; where accuracy
declines by 50% in the first 6 seconds and to 0 after 18 seconds
•Investigations are also being made about sensory memory; a form of storage that
serve to keep a perceptual representation of a stimulus for only a few 100
milliseconds after the sensory input is gone
•For short term memory, it has been observed that forgetting is not because of passive
decay over time but because of the idea of interference
Ready Accessibility
•Sternberg’s experiment: Participants were showed a list of digits and then after
showed a digit and were asked to make the judgment about whether or not the digit
was in the memory list. 4 things were measured:
1. The time required to process the stimulus
2. The time required to access and compare the items
3. The time required to make the stimulus-response decision
4. The time required to execute the motor decision
•It was noticed that for each additional item added in the memory list, response time
increases by an average of 40 milliseconds
•This task also leads us to the conclusion that memory scanning proceeds sequentially;
one at a time. However, processing may be parallel
The Atkinson-Shiffrin Model: The Relationship of Short-Term and Long-Term
Memory
•The Atkinson-Shiffrin Model: In this model, short-term memory serves as the
gateway by which information gains access to long-term memory. Short-term
memory provides a means of controlling and enhancing via rehearsal and coding
strategies which lets the information enter into long-term memory
www.notesolution.com
Unlock document 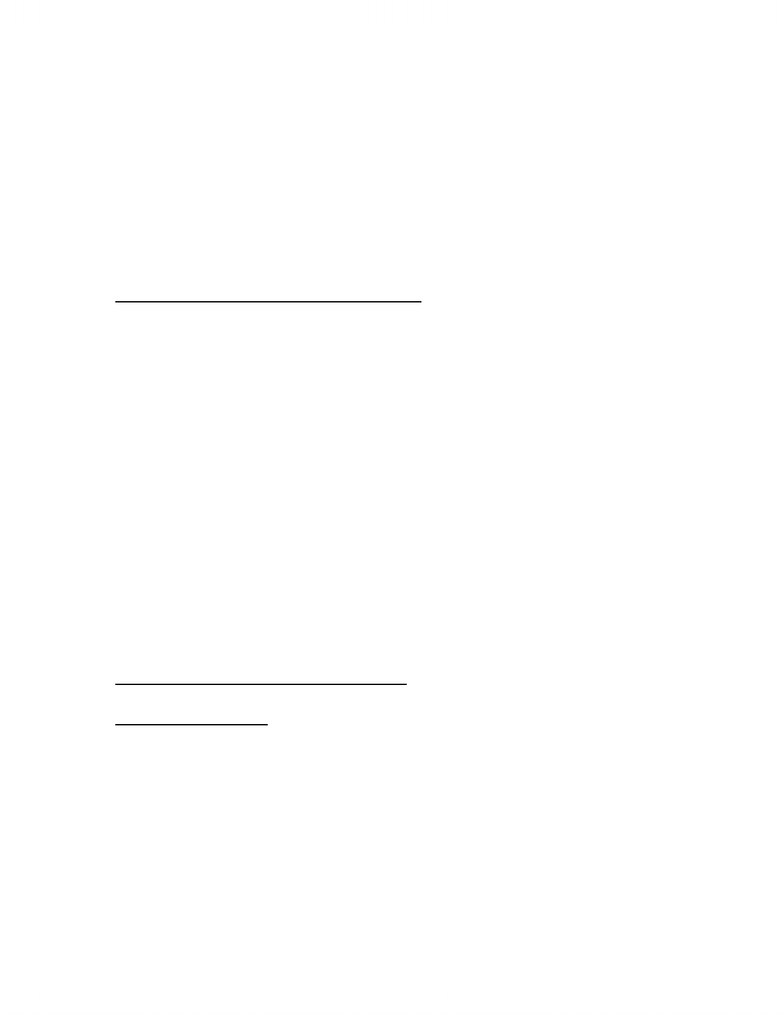 •This model had a lot of support and was called the modal model but is no longer held
that strongly because working memory captures the idea better where information is
held for manipulation
•Argument against the Atkinson-Shiffrin Model is that it emphasized the role of
sequence; information first comes into the short term memory and then enters the
long-term memory but people with short-term memory impairment can hold
information in the long term memory very well.
•There are multiple systems available for short-term storage that are co-ordinated by
central control system that balances the processing and storage
The Baddeley-Hitch Model: Working Memory
•A system that consists of two short-term stores and a control system.
•Three characteristics that differentiate this model from the Atkinson-Shiffrin Model:
1. It does not state that the function of short-term memory is to provide route for
the information to the long-term memory but the function is to enable the
activities of cognition e.g. co-ordination, integration and manipulation
2. Emphasizes the relationship of a central executive; a control system that
governs the deposition and removal of information from short-term memory.
Allows the short-term memory to function optimally
3. It proposed two distinct short-term memory buffers; phonological loop which
is for verbal information and visuospatial scratchpad which is visuospatial
information. The two memory stores are independent of each other as in if one
is being used, the other can be optimally used as well. They both interact with
central executive for functioning
•Baddeley-Hitch model does not emphasize the duration of short-term memory or its
relation to long term memory. Rather, it emphasizes its flexibility and its importance
in the manipulation of information
Understanding the Working Memory Model
The Phonological Loop
•The phonological loop involves two subcomponents:
1. Articulatory rehearsal: When visually presented verbal information is
encoded, it is transformed into a sound-based code or auditory-phonological
code, the active refreshment comes from articulatory rehearsal where we
voice the sounds internally – shadow the words without real understanding
2. Phonological store: Once the information is rehearsed in the mind, then it can
be heard again by the mind’s ear and maintained in the phonological store
www.notesolution.com
Unlock document