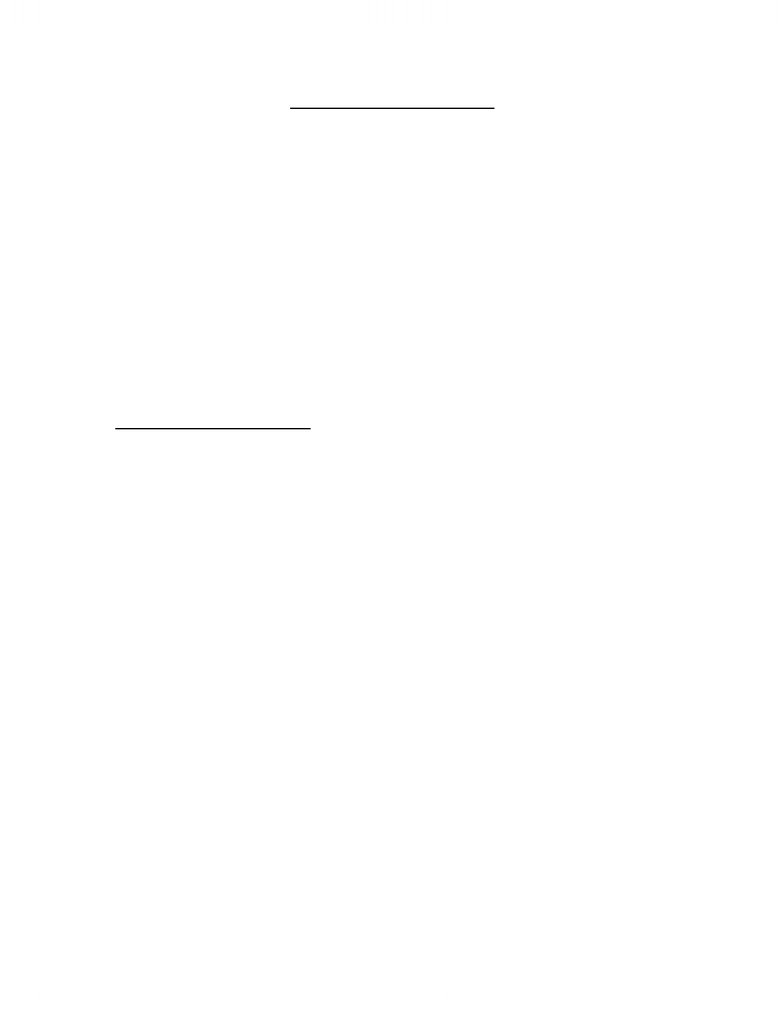 Chapter 7 – Executive Processes
•Executive attention is the kind of selective attention that typically acts on the
contents of working memory and directs further processing so as to achieve some
goal.
•Executive processes organize our mental lives just as a corporate executive co-
ordinates a business’s activities. Thus, the function is administrative.
•Executive processes are processes that modulate the operation of other processes and
are responsible for the co-ordination of mental activity so that a particular goal is
achieved.
•Executive processes are known as meta-processes i.e. all executive processes are
meta-processes but not every meta-process is an executive one because it may or may
not co-ordinate and control mental activity
The Frontal Lobe Connection
•Frontal brain damage often occurs because of a closed head injury which is an injury
caused by an external bump that does not pierce the skull. This frontal lobe area is
most likely to get damaged since brain’s most sharpest and protruding ridge is
adjacent to the frontal lobes so a blow on the skull cuts deepest in the frontal lobes
•The first evidence that executive processes are controlled by frontal lobes comes from
the study of Phineas Gage who suffered damage to the frontal lobe and as a result of
that lost the ability of social restraint.
•Frontal lobe patients perform relatively normal on an IQ test but are incapable of
leading a normal life. They have all their cognitive components intact but they lose
the ability to organize, co-ordinate and control these components.
•Patients with damage to the frontal lobe are rigid, inflexible, lack the ability to initiate
action or the ability to plan. They are monotone, express little emotion and require
continuous instructions. The deficit suggests that they lack the ability to self-monitor
and have trouble in switching attention
•Frontal-lobe syndrome refers to the inability to sequence activities to achieve a goal
•The area primarily involved is the prefrontal cortex which is present directly in front
of the pre-motor cortex and at its most posterior end has the Broca’s speech area
•Prefrontal cortex is responsible for some of the more complex activities that human
carry out such as mentally sequencing a list of activities
www.notesolution.com
Unlock document 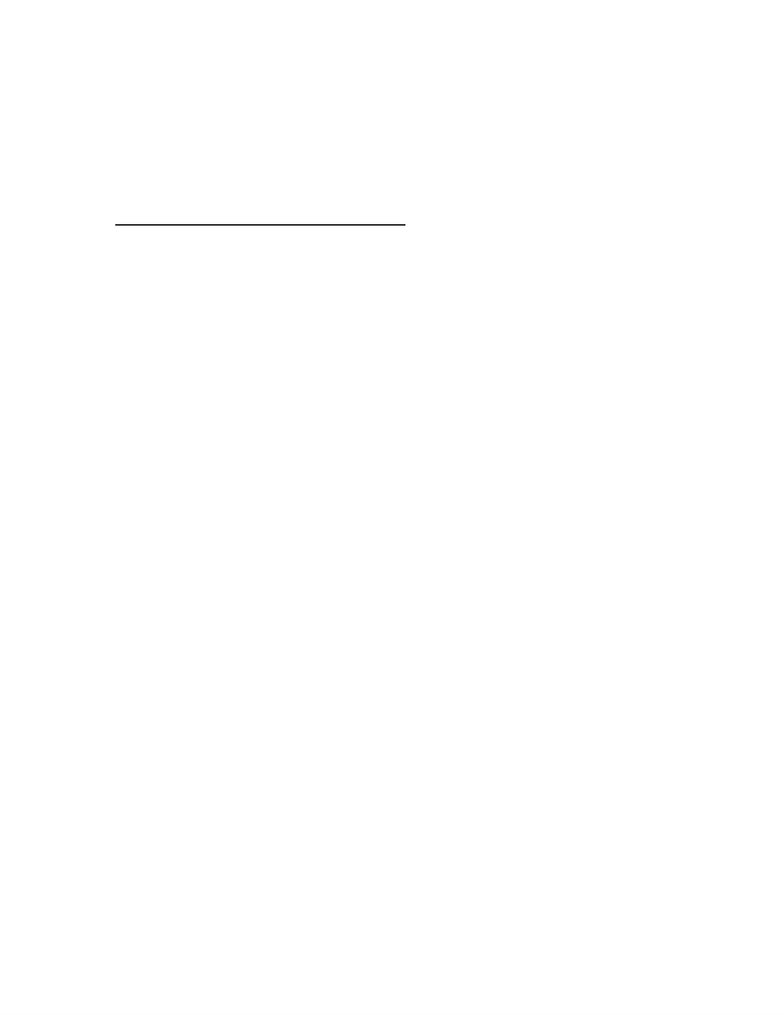 •Prefrontal cortex also acts like a co-ordinating center where is receives input from
all perceptual and motor areas and sends signal back to exert a top-down influence
•Frontal executive hypothesis is the idea that every executive process is primarily
mediated by the prefrontal cortex
Frontal Damage and the Frontal Hypothesis
•A test that is designed for the patients with frontal lobe damage is called Stroop task
where the participant is asked to name the color of ink and ignore the content of the
word. The word and the color of the ink may be compatible or incompatible.
Normal participant’s accuracy level was high even when the word and the ink was
incompatible although took longer to respond in the incompatible condition. Frontal
lobe patients with damage to the dorsolateral prefrontal cortex had a significantly
lower level of accuracy.
•Stroop task requires two executive processes; selective attention and inhibition which
are controlled by the prefrontal cortex
•The question raised is whether a common mechanism underlines both attention and
inhibition
•Wisconsin card sort task is a test of frontal-lobe damage where 4 stimulus cards are
presented in front of the participant and each has a distinct style. The participant is
then given a deck of cards and is asked to match each card with those 4 model cards,
but they are not told the criteria of matching. Participants start by guessing the critical
attribute and by feedback eventually find out the right one. Then, the critical attribute
is changed and the participants switch to the new attribute. No difference was
observed between the normal participants and the participants with frontal-lobe
damage but a big difference was observed in their ability to switch attributes. Normal
participants successfully switch to the new attribute upon receiving feedback but the
patients with frontal lobe damage keep on making mistakes and fail to switch
attributes. Therefore, process of switching attention is compromised by frontal lobe
damage
•Tower of Hanoi problem where only one disk can be moved at a time, a bigger disk
cannot be placed on top of a smaller one. This task involves arranging the
configuration of disks in the working memory, selectively attending some disks
while selectively inhibiting others – moreover, continuously updating the new
configuration of the disks in the working memory each time after moving a disk, and
then switching attention to the new disks that are to be moved. This task also
www.notesolution.com
Unlock document 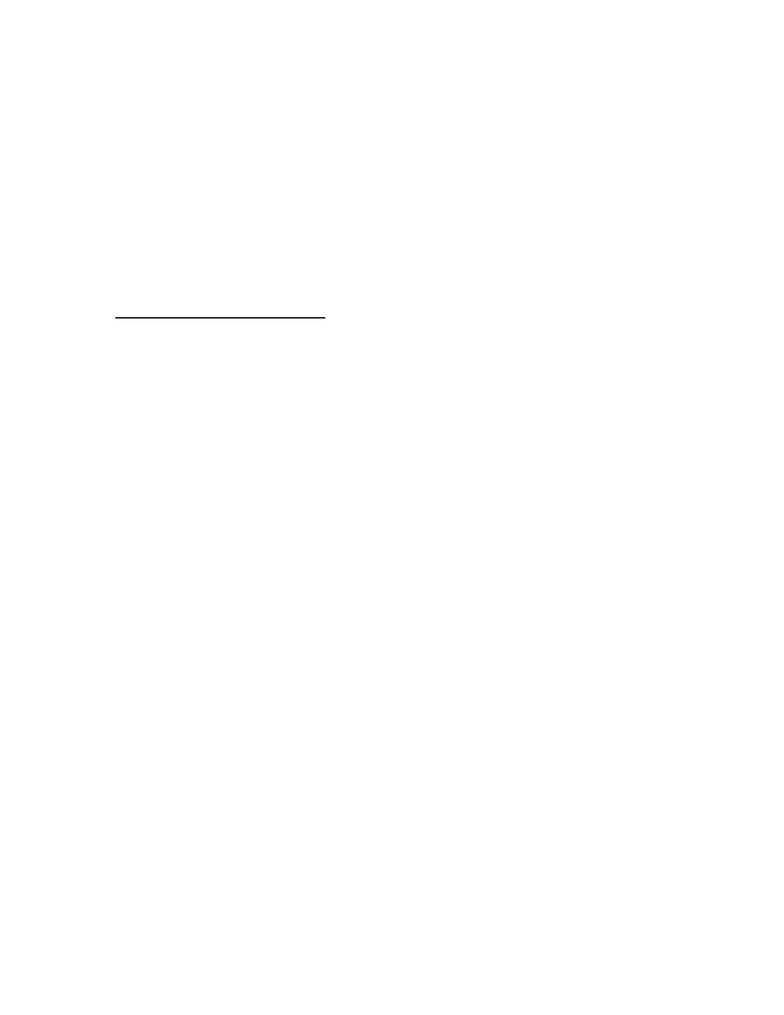 involves decomposition of a bigger goal into smaller subgoals and therefore requires
sequencing of steps
•Patients with damage to the dorsolateral prefrontal cortex perform poorly on the
Tower of Hanoi problem; they tend to make many moves than normal participants to
come up with a solution
•Alzheimer’s patients perform poorly on the frontal-lobe tasks because their
prefrontal cortex area gets affect.
•Executive dysfunction refers to marked disorganization and failure in career
Five major Executive Processes
1. Executive Attention
•Executive attention directs subsequent processing and is required when
multiple mental representations operate in the working memory or multiple
processes operating on the mental representations compete for the control of
cognition and behaviour
•Executive attention determines which mental representation or process will
gain control e.g. in stroop task, the ink of the writing is allowed to gain control
rather than the content of the word
•Another task called stimulus-response compatibility task is a measure of the
degree to which the assignment of the correct response to a stimulus matches with
the way people act naturally i.e. to what degree is the correct response provided
automatic.
•Compatibility effect is obvious where people are presented with a stimulus
and are required to press a key to indicate its presence with the hand that is on the
same side as the stimulus in the compatible trial. And in the incompatible trial the
hand on the opposite side is required to press a key to indicate the stimulus’s
presence. Participants are relatively quicker when the stimulus is presented on the
same side as that of the hand making the response than when it is presented on the
opposite side. Exact position of the stimulus is irrelevant.
•The reason behind this is that in the compatible task, there is an automatic
connection between stimuli and responses. Since this connection is automatic, little
executive attention is required. However, in the incompatible task attention and
inhibiting of information is required which requires conscious extra cognitive work
www.notesolution.com
Unlock document