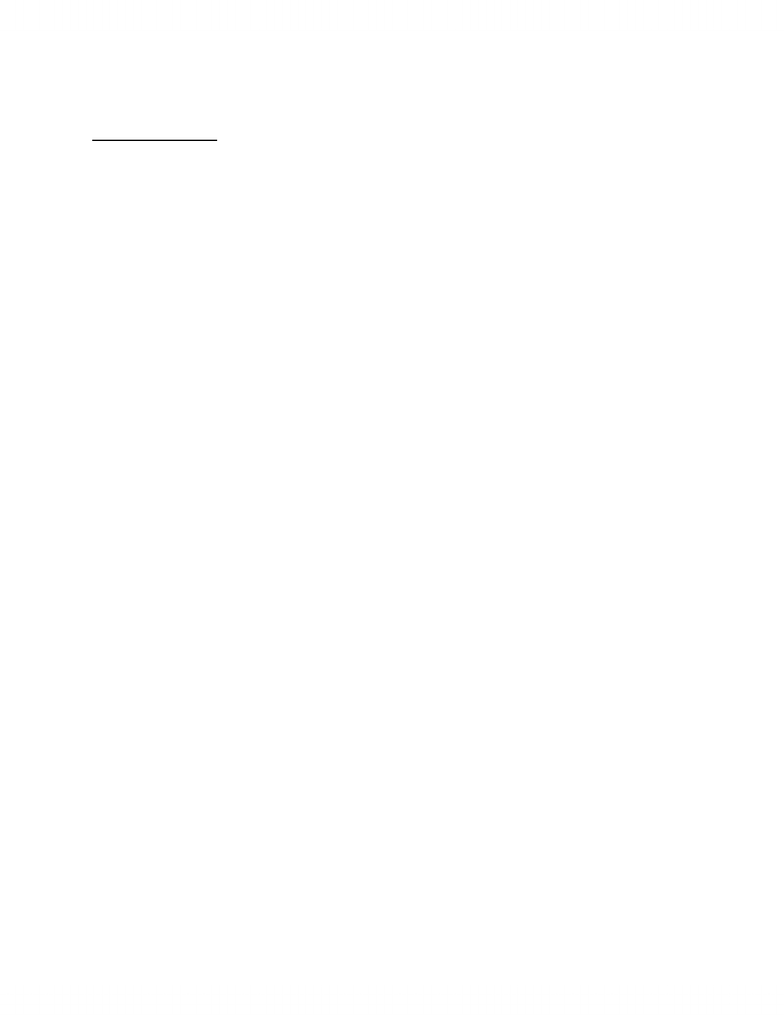 Chapter 10 Sexual Behaviour
Sexual Development
Aristotle argued that the sex of a child was the result of the temperature of semen at the time of
conception. Hot semen resulted in males, and cool semen resulted in females. We understand today that an
individual’s genetic sex begins with sex chromosomes inherited from two parents – mothers provide an X
chromosome while the fathers determine the offspring’s sex by providing either another X (producing a
female) or an Y chromosome (producing a male).
Sex Chromosome Abnormalities
When a child receives only a single X chromosome (XO) instead of the usual pair (XX or XY) the result
is Turner Syndrome and from this syndrome, we have learned that a single X chromosome carries
sufficient genetic material to produce an individual who is quite normal in many ways. Individuals with
Turner syndrome have normal female external genitalia, but the ovaries develop abnormally. Klinefelter
syndrome is one the most common genetic abnormalities and features an XXY genotype. These
individuals are male, but they usually experience reduced fertility and require hormone treatment at
puberty to promote the development of secondary male sex characteristics. Like turner syndrome,
klinefelter syndrome is associated with normal intelligence that may be marked by mild cognitive
difficulties and social awkwardness. Klinefelter syndrome might affect brain lateralization or the
localization of specific functions such as language in one hemisphere or the other. The relationship
between the XXY genotype and a higher likelihood of antisocial behaviour has been the subject of
considerable debate but further analysis suggests that criminal and antisocial behaviour was more closely
associated with lower intelligence than with atypical genotype. Abnormalities due to a third sex
chromosome appear to have relatively mild effects.
Three stages of prenatal development
The development of gonads – until the sixth week after conception, both female and male foetuses
have identical primordial gonads that have the capacity to develop into either ovaries, or testes. At about
sex weeks, a gene on the short arm on the Y chromosome known as the sex-determining region of the Y
chromosome (SRY) is expressed in male embryos. Testis-determining factor, the protein encoded by the
SRY gene, switches on additional genes that cause the primordial to develop into testes.
Differentiation of the internal organs – until about the third month of development, both male and
female foetuses posses a male Wolffian system and a female Mullerian system. In males, the Wolffian
system develop in to the seminal vesicles, the vas deferens, and the prostate while the mullerian system in
females will develop the uterus, the upper portion of the vagina, and the fallopian tubes. During the third
month, the male’s testes secretes testosterone and anti-mullerian hormone and testosterone promotes the
development of the wolffian system and the anti-mullerian hormone initiates the degeneration of the
mullerian system. Androgen insensitivity syndrome (AIS) disrupts the normal development of the
Wolffian system in males and will have an XY genotype and normal testes. The testes still release
androgens and anti-mullerian hormone but it is the lack of functional androgen receptors that prevents the
www.notesolution.com
Unlock document 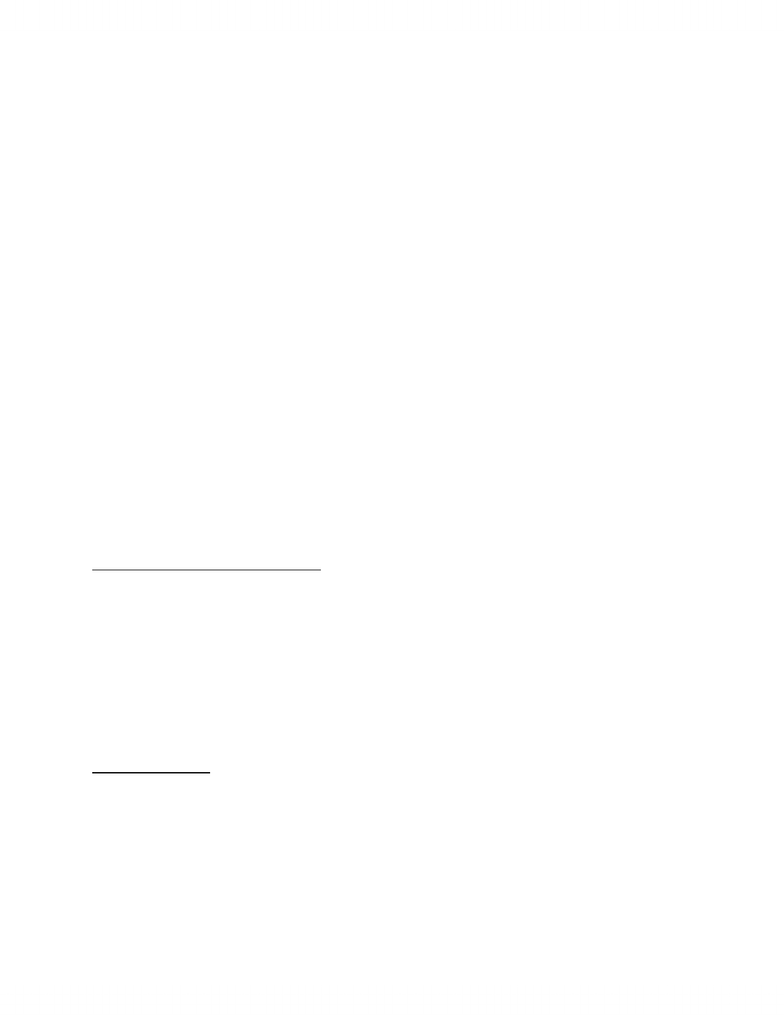 development of the wolffian system. However, the anti-mullerian hormone still works and the result is a
shallow vagina, no ovaries, fallopian tubes, or uterus and although they are infertile, their external
appearance is quite typically female. Individuals with AIS are genetic males but typically have female
appearance and strong female gender identities.
Development of External Genitalia – no hormonal activity is required to develop female external
genitalia. A particular androgen, 5-alpha-dihydrotestosterone must be recognized by receptor sites for the
male external genitalia to develop normally. Congenital adrenal hyperplasia (CAH) is a recessive heritable
condition in which the fetus’s adrenal glands release elevated levels of androgens and males with CAH
does not show anything abnormal but females are born with ambiguous external genitalia. Important to
remember that most females with CAH are heterosexual and that majority of bisexual and lesbian women
do not have CAH.
Development at Puberty
Secondary sex characteristics such as facial hair and deeper voices for males and wider hips and breast
development for females are caused at puberty by additional hormonal events. Accumulation of enough
body fat to support reproduction might serve as a signal for puberty and when body fat is abnormally low,
puberty is delayed. At the onset of puberty, gonadotropin-releasing hormone (GnRH) is released by the
hypothalamus and initiates the release of two gonadotropic hormones by the anterior pituitary gland, FSH
and LH. In response to stimulation by FSH and LH, the testes begin to produce addition testosterone and
the ovaries produce estradiol. 5 alpha – reductase deficiency is a rare condition in which a child is born
with ambiguous genitalia but develops male secondary sex characteristics at pubery and are raised as
females.
Sex Differences in the Nervous System
Sexually dimorphic is displaying structural differences between the sexes. The sexually dimorphic nucleus
of the preoptic area (SDN-POA) located in the hypothalamus is much larger in male rats than in female
ones. Human beings do not have SDN POA but might have an equivalent. Interstitial nuclei of the anterior
hypothalamus (INAH), or INAH, INAH -2, INAH -3, are about twice as large in males as in females and
seems that these areas participate in sexual behaviour and that INAH-3 might be the human form of SDN
POA. Seems that masculinisation of the human brain is not as dependent on aromatizatino as in rodents
and some other mammals and appears that androgens appear to play a direct role in the masculinisation of
the human brain that is not depend on aromatization into estradiol.
Sexual Orientation
Hormones, sexual behaviour, and sexual orientation
Early exposure to androgens influences adult sexual behaviour. The high levels of prenatal androgens
typical of males have an impact on the development of the inner ear which produces tiny sounds known as
otoacoustic emissions and these emissions are stronger in women than men. Another possible indicator of
prenatal exposure to androgens, and the results influence on sexual orientation, is the 2D:4D ratio. Men
www.notesolution.com
Unlock document 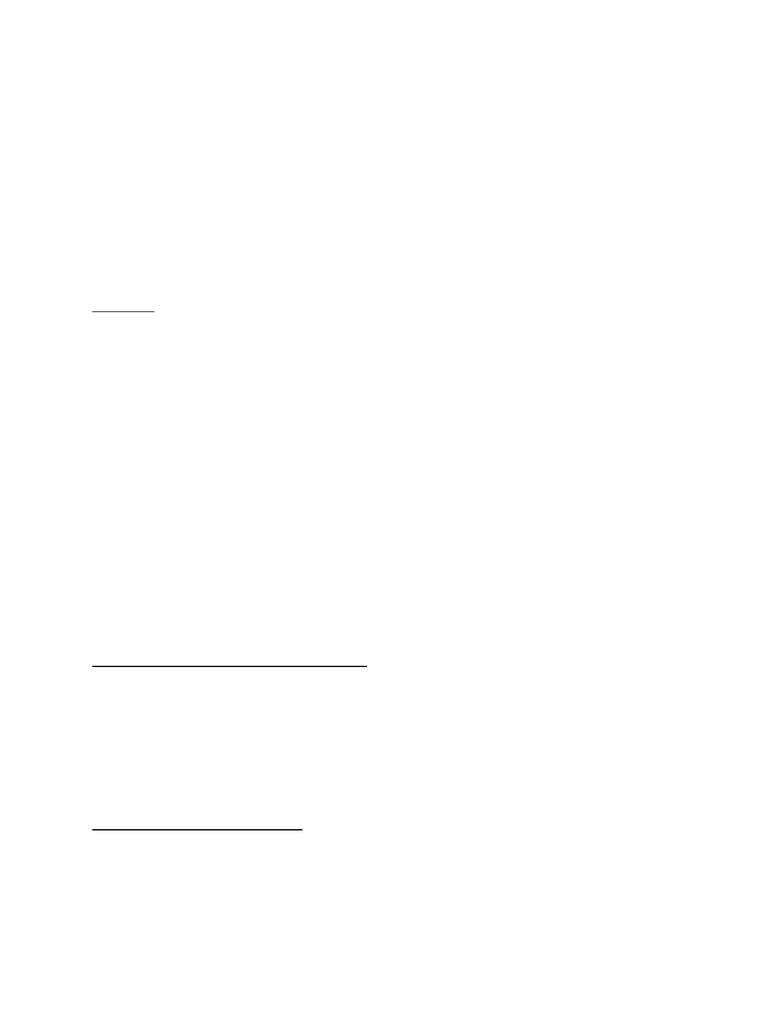 who have older brothers are slightly more likely to be gay than men who have no siblings, younger
siblings only, or older sisters.
Brain structure and sexual orientation
It was found that INAH-3 was two to three times larger in heterosexual men than in homosexual men.
Genes and Sexual Orientation
Genetics appear to influence sexual orientation, although the exact mechanisms are not well understood
and are likely to be quite complex.
Attraction
Viewing the faces of the beautiful women activates areas of the brain involved in pleasure and reward,
including the nucleus accumbens, which participates in addictive behaviour.
The importance of symmetry
We view symmetry as attractive and beautiful and symmetrical people have more opportunities for sexual
activity.
The beauty of fertility and a good immune system
Women seem to find masculine men, with their square jaws and other testosterone related facial features,
more attractive as ‘one night stands’ than their less macho counterparts. Men pay more attention to
women’s figures than women pay to men’s physiques and a woman’s figure is far more reflective of her
reproductive fitness than a man’s. real sex appeal is probably based on sweat. Major histocompatibiltiy
complex (MHC) genes code for our immune system’s ability to recognize intruders and it is to our
advantage to find a mate whole MHC profile is as different as possible from your own because this will
result in the best immune system possible for your children.
Romantic Love, Sexual Desire, and Parenting
When participants viewed lovers, increased activity was observed in areas of the brain often associated
with reward. ‘love’ is not only rewarding but it makes us less judgemental of the lover. In humans,
vasopressin is expressed more by males and oxytocin by females and for both sexes oxytocin seems to
enhance bonding. Oxytocin is released by the pituitary gland into the circulation during orgasm for both
sexes and during childbirth and breastfeeding in females. Most humans practice serial monogamy, by
which a person has more than one mate over a lifetime but only one mate at any given time.
Sexual dysfunction and Treatment
Erectile dysfunction occurs when a man is unable to achieve an erection sufficient for satisfactory sexual
activity. Erections occurs as a result of either direct stimulation or cognitive factors. Parasympathetic
neurons in the sacral spinal cord respond to both mechanoreceptors in the genitals (direct) and descending
www.notesolution.com
Unlock document