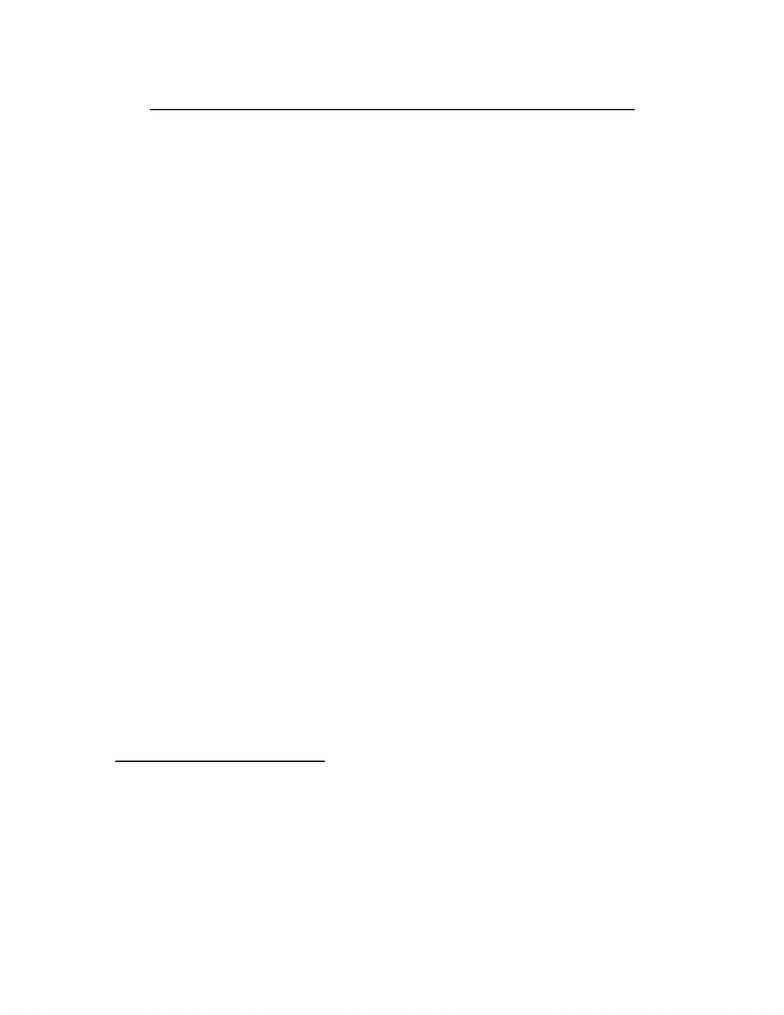 Chapter 1: Introduction to the Study of Stereotyping and Prejudice
-Groups are not unique to humans. Some researchers theorize that the tendency to
form groups is such a basic part of the nature of animals, including humans, and has
conveyed survival benefits so successful that it has (e.g. fighting off predators,
raising offspring successfully) withstood time and evolution.
-Disadvantages and complications that groups bring:
Mate competition
Mate retention
Tend to form closer ties to members of their own group, and they tend to be
suspicious and rejecting of members of other groups.
Tend to favour their own groups (called in-groups) over other groups to which
they do not belong (out-groups).
Randomly assigning people to group A or group B is an example of minimal
group; people tend to show preference for members of their own group over
those of other groups.
-They form the basis for negative feelings about other groups (prejudice) and for
believing that certain characteristics are associated with other groups (forming
stereotypes) often because out-group members are perceived to be antithetical to
the in-groups welfare or values
-Evolutionary psychology suggests, in-group preferences and hostility toward out
groups are adaptive, and therefore innate, there is little we can do to avoid prejudice
and stereotyping.
-Why is the study of prejudice and stereotyping important?
A need to understand the negative influence such thinking has on the thoughts,
feelings, and behaviour of people in their daily lives, and how they relate to the
targets of their prejudice, it is important to understand that such negative
attitudes form the basis for subsequent negative intergroup behaviour. [Wars]
-Some believe that there is a huge decline in prejudice and stereotyping in the U.S.,
but it’s just that overt expressions of racial prejudice and intergroup hatred have
declined dramatically, racial prejudice and stereotypes have by no means
disappeared.
DEFINING STEREOTYPING
-LIPPMANN’S “STEREOTYPE”
Originally derives from a term to describe a printing process in which fixed casts
of material are reproduced.
Lippmann used the word to describe the tendency of people to think of someone
or something in similar terms – that is, as having similar attributes – based on a
common feature shared by each.
Lippmann: We all have “pictures in our heads” (p.3) of the world outside and that
their representations are more likely templates into which we try to simplify the
sometimes-confusing information we receive from the world.
1
www.notesolution.com
Unlock document 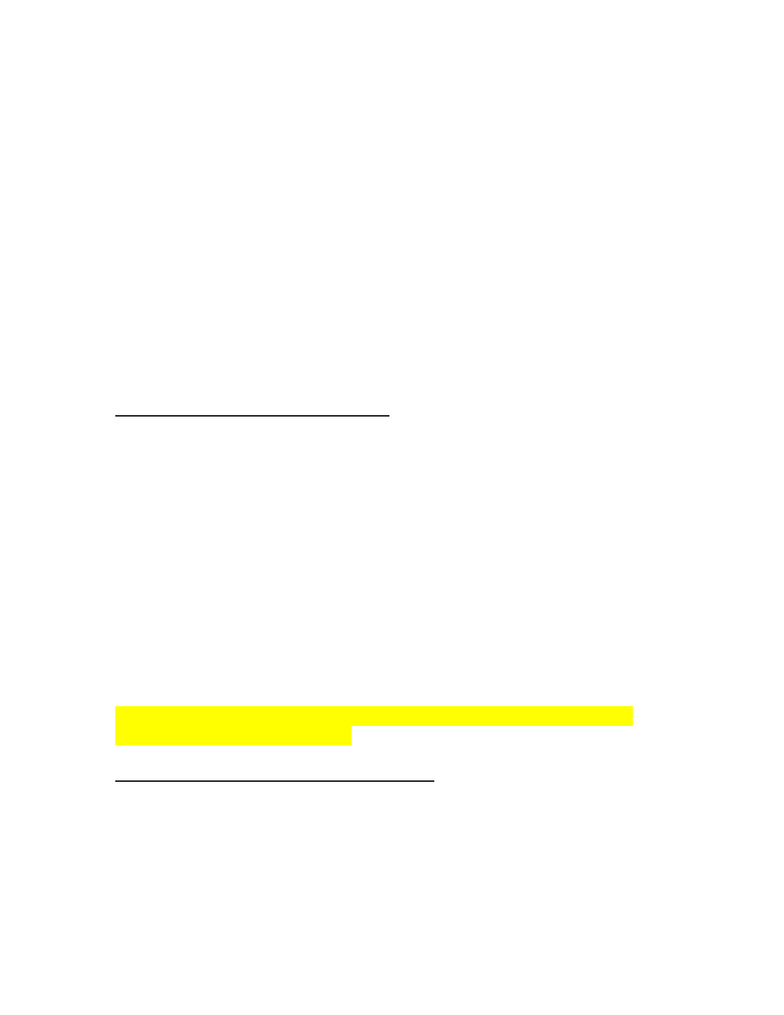 “We pick out what our culture has already defined for us, and we tend to
perceive that which we have picked up in the form stereotyped for us by our
culture.”
I. Stereotypes tell us what social information is important to perceive and to
disregard in our environment.
II. This confirms pre-existing stereotypes by paying attention to stereotype
consistent information and disregarding information that is inconsistent
with our stereotypes.
III. The content of stereotypes is largely determined by the culture in which
one lives.
-After Lippmann, researchers generally began to regard stereotyping as a very
negative, lazy way of perceiving social groups. Stereotyping was seen as an
outward indicator of irrational, no analytic cognition. An example of rigid
thinking.
-Allport: a stereotype is an exaggerated belief associated with a category.
-THE SOCIAL COGNITION DEFINITION
Early 1970s, with the birth of social cognition, researchers came to regard
stereotyping as a rather automatic process of categorization that many cognitive
and social psychologists believe is inherent in the very nature of the way
humans thinking about the world.
A stereotype is any generalization about a group whether an observer
(either a member of the stereotyped group or another observer) believes it
is justified or not.
-Hamilton and Trolier’s definition of a stereotype as “a cognitive structure that
contains the perceiver’s knowledge, believes, and expectations about a human
group” – (TOO BROAD: knowledge, believes, and expectations about a human
group, and inconsistent with the traditional definitions of a stereotype)
Sounds more like the definition of a schema than of a stereotype. Schemas are
therefore broader cognitive structures that contain our knowledge of a stimulus,
our expectations for the motives or behavior of the stimulus (if a living being)
and our feelings toward the stimulus. Example on page 5.
-Stereotype: “a set of beliefs about the personal attributes of a group of
people” – Ashmore and Del Boca.
-CULTURE AND INDIVIDUAL STEREOTYPES:
It is important to differentiate between cultural and individual stereotypes.
I. Cultural: shared or community wide patterns of beliefs.
II. Individual: describes the beliefs held by an individual about the
characteristic of a group.
This is important, because one’s cultural stereotype about a group may not be
the same as one’s individual stereotype about the group.
Which of these two tends to predict future behaviour and attitudes toward a
2
www.notesolution.com
Unlock document 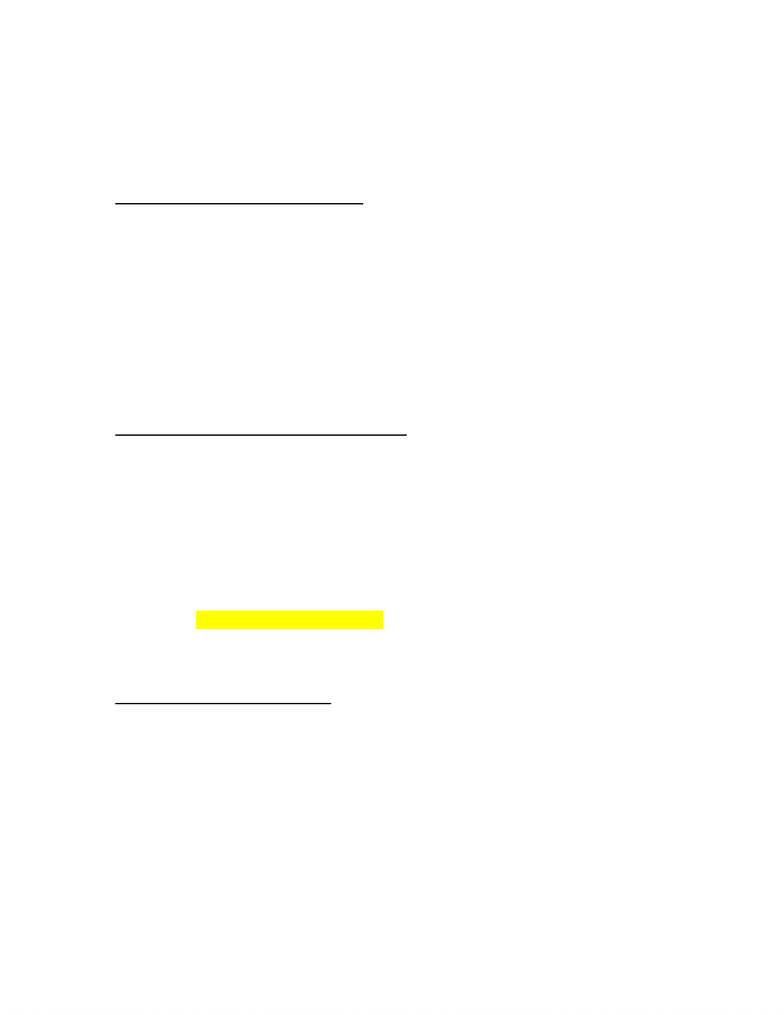 given group?
I. Early thinking – cultural
II. Now– individual because these are most directly related to that
person’s specific thoughts, feelings, and behaviour toward the group.
-IS A STEREOTYPE AN ATTITUDE?
Some say yes. An attitude is a general evaluation of some object.
Attitudes comprise of three components: (1) a behavioural component, (2) an
affective component, (3) a cognitive component.
 Stereotypes as intergroup attitudes, partitioned into these three components.
MOST believe that stereotyping represent only the cognitive portion of any
intergroup attitude.
Prejudice = the affective component.
Discrimination = the behaviour component
Discrimination: any negative behaviour directed toward an individual based on
their membership in a group.
-POSTIVE V.S NEGATIVE STEREOTYPES
Researchers do not regard stereotypes as bad or good; they are merely
generalizations about a group.
Positive stereotypes are simply beliefs that attribute desirable or positive
characteristics to a group. E.g. Asians are good at math.
DEFINING PREJUDICE
-Gardner: it can be taken literally to indicate a prejudgement about something.
-Prejudice: can suggest an evaluation, either positive or negative, toward a stimulus
OR can suggest that the individual has a negative evaluation of another stimulus.
-Essentially, an evaluation is an attitude.
-Prejudice is seen as a strong negative feeling about someone based on a
generalization one has about that person’s group.
-PREJUDICE AS AN ATTITUDE
Prejudice is an attitude – so affective, behavioural and cognitive components.
Prejudice can be based on affective (anger), cognitive (beliefs linking hostility to
the out-group) or behavioural (avoidant or hostile) sources and can result in
cognitive, behavioural or affective expression of prejudice.
Stangor, Sullivan and Ford found that the best predictor of negative out-group
prejudice is not negative feelings about the out-group but rather a lack of
positive emotions.
Some have suggested that stronger, more obvious forms of prejudice are more
likely to be based on strong negative emotions, whereas more subtle types of
prejudice may be based on an absence of positive feelings about the out-group.
Eagly and Diekman argue that prejudice is most likely to be displayed toward a
3
www.notesolution.com
Unlock document