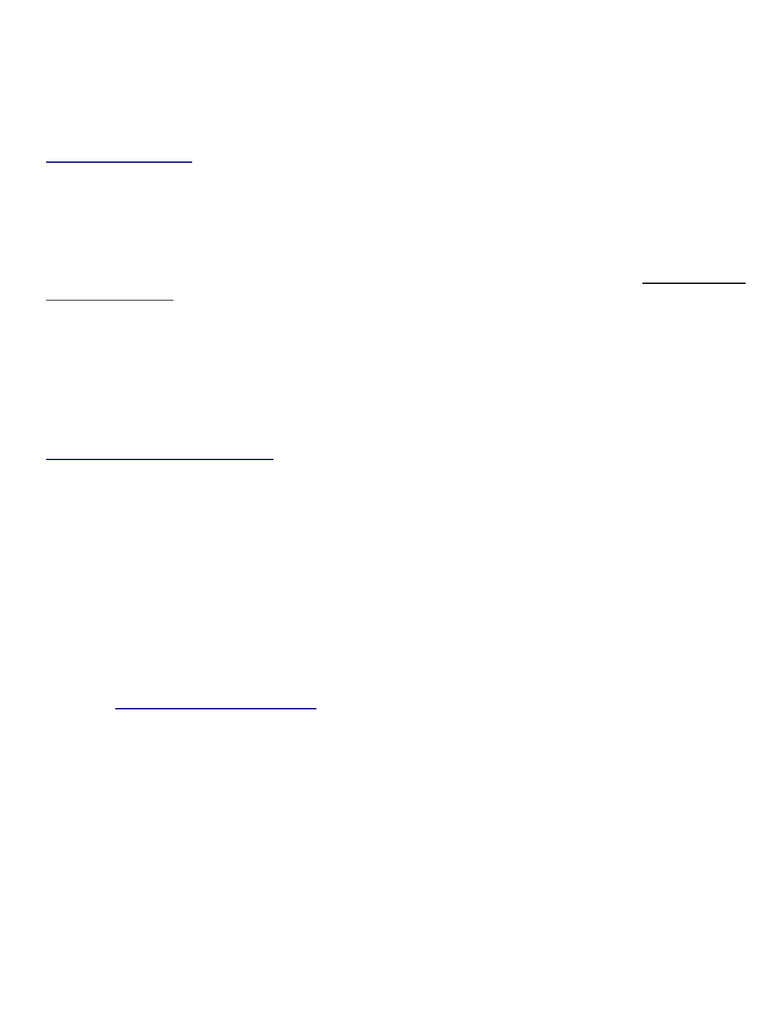 C12: Prejudice
Chapter 6: Experiencing Prejudice
SOCIAL STIGMA
Many people try to fit in with majority to not be singled out for ridicule or treated negatively by others. This treatment is
common among children who have not learned socially sophisticated methods of expressing disproval. Among adults this
takes forms in subtle negative comments, rude behaviour or expressions.
Erving Goffin referred to the unusual characteristics that engender negative evaluations as being indicators of stigma. The
stigmatized person is one who is ‘reduced in our minds from a whole and usual person to a tainted, discounted one’. Stigmas
are characteristics that mark the individual as ‘deviant, flawed, limited, spoiled or generally undesirable.’ Goffman denoted
three types of stigmas:
1. Abominations of the body (eg. Physical deformities, being overweight)
2. Blemishes of the individual character (eg. Drunkenness)
3. Tribal stigmas of race, nation and religion.
* Researchers know a lot about the perpetrators view (the one who stigmatizes) but until recently, little research has been
conducted on the experience of the victim and how both stigmatized and nonstigmatized individuals regard e/o in social
interactions.
GROUP IDENTIFICATION
Subsequent research has indicated that whether the individual has already strongly personally identified with their
stigmatized group will have a major impact on the degree to which that individual disassociates from the group.
Doosje and Ellemers found that people differ in the degree to which they identify with their stigmatized group:
- High-identifiers are much more likely to associate themselves with their group, even when, especially when, it has a
negative image. High-identifiers derive much of their self-esteem from their identification as a group member. They are
more likely to seek collective strategies against group threat. They tend to make it clear they are committed, loyal group
members.
- Low-identifiers are much more likely to dissociate themselves from the group, especially when the group has a negative
image. They feel no special affinity toward, or derive no self-esteem from their group. Low identifiers are thus much more
individualistic and opportunistic in that they will only identify themselves w/ the group when it would positively affect their
social identity.
STEREOTYPE THREAT
Individuals in stereotyped groups often find themselves ever-vigilant about not behaving in ways that confirm
stereotypes about one’s group. Doing so would appear to lend evidence to support the legitimacy of the
stereotype in the eyes of others, and even in the individuals own view. Occasionally individuals in stereotyped
groups will engage in performing limiting behaviour (i.e. practicing less for a game, studying less…) in order to
provide them with a ready excuse for their expected poor performance on the stereotype-relevant dimension.
AKAstereotype threat
The effects of stereotype threat are especially likely to occur in people who strongly identify with the group
about which the stereotype exists and in individuals who are self conscious of their stigmatized status. Ex. black
participants in a threatened condition showed significantly higher blood pressure; may explain higher incidence
of heart disease among black persons.
Most research has focused on stereotypes that revolve around intellectual ability and performance. For AA’s a
1
www.notesolution.com
Unlock document

common stereotype suggests that AA’s perform poorly compared w/ others on measures of intellectual ability.
Results: AA’s consistently avg about 15 points less on intelligence tests compared to Caucasians.
Reasons: socioeconomic disadvantages. BUT this doesn’t explain the finding that even when AA’s and
Caucasians have the same preparation, AA’s still achieves less.
What can account for the gap in subsequent achievement between similar-scoring AA’s and Caucasians? When
AA’s participants believed that a difficult verbal test was a measure of their intellectual ability, they
underperformed compared to Caucasians in the ability-diagnostic condition (intellectual ability) but performed
as well as Caucasians in the non-diagnostic condition. They also found that just making the stereotype salient
impaired the performance of AA’s on the task. This disparity may also be due to what they term “stereotype
lift”, that is non-stigmatized persons seem to experience a performance enhancement when they engage in a
downward comparison b/w themselves and a member of a stereotyped out-group. Stereotype might explain
continued performance discrepancies btw black and white individuals.
Aronson and Inzlicht found that those who were higher in “stereotype vulnerability” (the “tendency to expect,
perceive, and be influenced by stereotypes about one’s social category”); tended to be the least in touch w/ the
quality of their performances on a stereotype-relevant task. They were not able to accurately predict what they
knew relative to the demands of the test.
Result: this inaccuracy, their academic (stereotype domain related) self-confidence was subject to stronger
fluctuations
- Research with women reveals similar result as well as those of low socioeconomic status, implicating the
stereotype-threat effects.
- H/w, the ability to be unaffected by a stereotype against one’s group becomes much more difficult to the
degree that one’s identity is closely tied to membership in that group. Other research has shown that stereotype-
threat effects can be reduced significantly when people from the stereotyped group are individuated (ie. making
one’s own abilities salient); in these cases they outperform their non-individuated counterparts.
- One study found that simply reminding women about great achievements of other women tended to
significantly reduce stereotype threat on their math test scores
Cheryan and Bodenhausen examined the influence of salient positive stereotypes on one’s task performance. If the
stereotype about your group is that you do esp. well on a task, could that stereotype potentially enhance or impair one’s
performance? They focused on the stereotype that Asians have a special aptitude for math. Asian American women were
exposed to an identity-salience manipulation, in which they were to complete a survey about their ethnic group, their gender
or their individual identity. They then completed a test of math skills. Results: revealed that when participants’ ethnic
identity was made salient, their math performance was significantly worse. Research by Ambady and colleagues found the
opposite, when Asian women had their ethnic identity or gender salient, they performed better on the math test.
On the subject of anti-asian American prejudice suggests that this prejudice has TWO major components: envy of the
(perceived) excessive intellectual competence and disdain for their (perceived) low sociability.
Results: low sociability (and not the perceived high intellectual competence) that primarily drives anti-Asian American
prejudice; data supports Fiske’s stereotype-content model (SCM), which says that many stereotypes and prejudices can be
located along 2 dimensions: competence and warmth.
Recent evidence supports for the notion that stereotypes about one’s group can impair one’s performance on salient ego- and
identity-relevant tasks. Although stereotype-threatened individuals are motivated to do well on the tasks, they tend to be
inefficient in their work, largely b/c their attn is split btw their alternating assessment of the correct answers to the task and
their worry that their performance may confirm a stereotype of their group.
Important: Experiments demonstrate that stereotype threat effects do not show that reducing stereotype threat eliminates
difference in performance btw stereotyped groups and non-stereotyped groups. The groups were matched for equivalent
stereotype-task (e.g. Math test) ability prior to the experiment. Introducing the stereotype threat impaired the performance of
2
www.notesolution.com
Unlock document 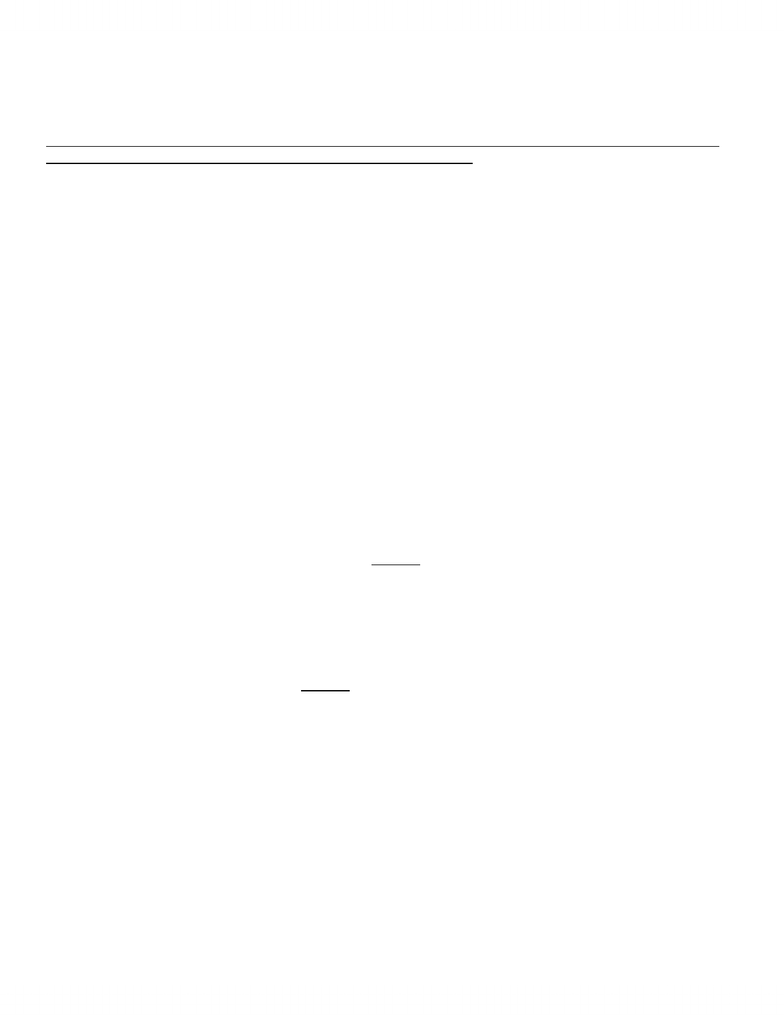 members of the stigmatized group. When the threat was NOT present, their performance matched that of their
nonstigmatized counterparts. This only shows the debilitating effects of stereotype threat and in no way should be
misinterpreted as suggesting that eliminating stereotype threat therefore eliminates group differences on stereotype-relevant
task performance.
So, why do stereotype threatened individuals who score similarly to non-stereotype threatened persons (eg. Whites) on
intelligence and aptitude tests achieve less than their European counterparts?
Some suggest it may be due to disidentification:
•Disidentification: individuals disengage their identity from the achievement domain in question, such that their
self-esteem and sense of self-competence is preserved and shielded from the negative effects of associating identity w/
performance on a stereotype-relevant dimension = allows the stigmatized to retain their self-esteem.
•i.e., a woman may disidentify w/ achievement in science and math and AA’s may disidentify from academics
•African Americans (AA) are a good example of disidentification.
•It is suggested that, by either devaluing the importance of the stereotype-threat domain or discounting the
validity and self-diagnosticity of outcomes on the stereotype-threat dimension and protect their self-esteem.
•Some disenchanted AA’s may devalue academics by derogating other AA’s who pursue achievement in
academics by saying they’re “acting white”. In other words the belief is that achievement in academics is something that
Whites can accomplish, and AA’s who aspire to academic achievement are selling out and disidentifying themselves
from their AA identity.
•AA’s who achieved academic success did so by adopting behaviours and attitudes that distanced themselves
from their culture of origin, and that this results in increased depression, anxiety and identity confusion.
•(Arroyo and Zigler) found that both high- and low-achieving AA’s were more likely to negatively evaluate, and
psychologically distance themselves from, their racial group when they believed that their group was negatively
evaluated by others. Thus, achieving academic success can have important psychological consequences for AA’s.
•this may arise in the individual’s early teens. Correlation btw AA’s self-esteem and academic outcomes
remained strong until about the 8th grade. Steele suggests that this is stereotype threat. He varied the strength of the threat
that female subjects were under by telling some subjects that differences btw men and women in math ability was due to
either genetic differences or to social/learned causes. Results: women under stronger stereotype threat (i.e. The genetic
limitation females have in math) tended to disidentify more w/ math careers than women under weak stereotype threat
•According to Tajfel and Turner’s social identity theory (SIT), we derived our identity and self-esteem through
two avenues. 1) is through our own accomplishments, and the other in through our group membership. SIT suggests that
when one belongs to a devalued or threatened group, continued identification w/ the group threatens one’s self-esteem.
Threatened individuals may therefore disidentify w/ their ingroup in order to protect their self-esteem.
•They examined how Chinese participants would respond to negative stereotypic threats that are inconsistent or
consistent w/ one’s ingroup perceptions. Results: negative stereotypes that are inconsistent w/ the ingroup lead ingroup
members to increase their perceptions of ingroup homogeneity or solidarity/unity. Participant’s identification w/ their
ingroup increased.
H/w when participants were exposed to a negative stereotype-consistent threat (that is partially consistent w/
stereotypes about those who were Chinese), the participant had a more difficult time denying the validity of the
stereotype expression. Participants protected their social identity by emphasizing that not all members of the
group are characterized by the negative stereotype. In doing so, participants were emphasizing more ingroup
heterogeneity, which may reflect a weakening identification w/ their ingroup as a whole.
•Disidentification can be both adaptive and maladaptive; can be viewed as a healthy, effective coping response
which protects their self-concept and self-identity. Paradox of Disidentification is that while it saves the self-esteem, it
imperils the individual’s chances for success and achievement in domains that society may regard as important.
Steele implemented a program for the reduction and enhanced domain identification for AA college freshman at Uni of
Michigan. The researchers used ways to reduce stereotype-threat:
1. Students were honorifically recruited for the program w/ an emphasis on their being bright
3
www.notesolution.com
Unlock document