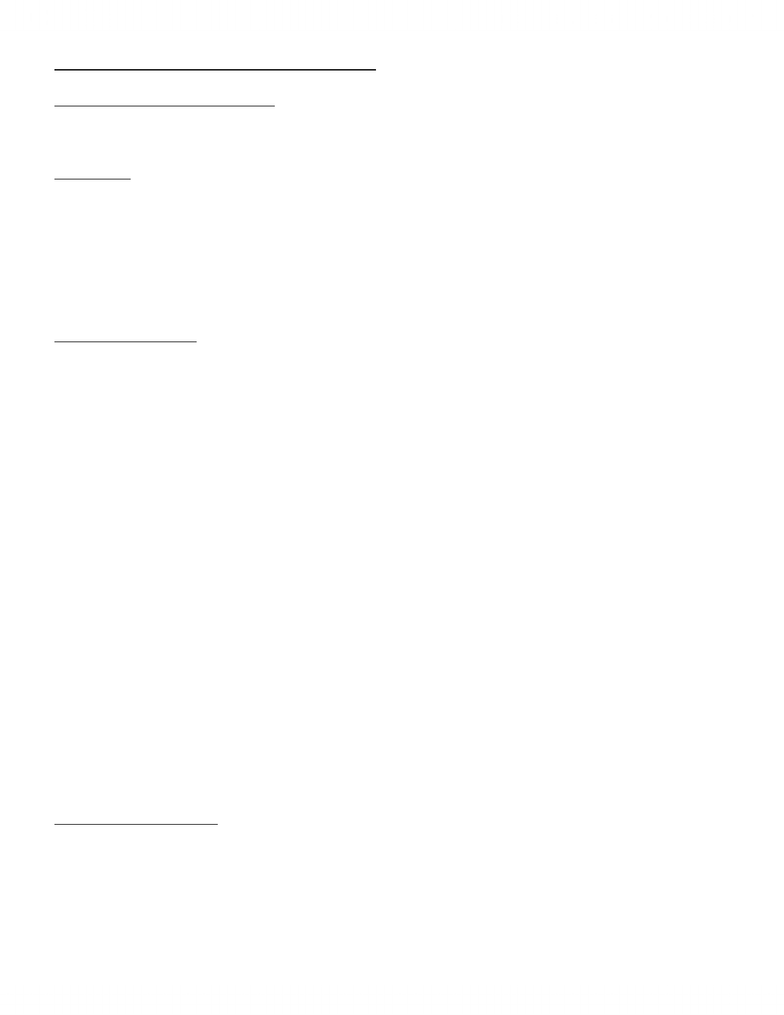 !
"!
Chapter 2: Cross-Cultural Research (CCR) Methods
# CCR is conducted within its own set of parameters
Cross-Cultural Comparisons (CCC)
# These are studies that compare cultures on some psychological variable of interest
# CCCs serve as a backbone of CCR, and are the most prevalent type of cross-cultural study
# LIMITATION: cannot be sure of what aspect of culture, if any, produced the differences
Equivalence
# It is the state or condition of similarity in conceptual meaning and empirical method between cultures that
allows comparisons to be meaningful
# Equivalence means that if any aspect of a CC study is not entirely equal in meaning or method across the
cultures being compared, then the comparison loses its meaning
# Only if theoretical framework and hypotheses have equivalent meaning in the cultures being compared—
and if the methods of data collection, mgt, and analysis have equivalent meaning—will result from the
comparison be meaningful
# Lack of equivalence is known as bias
Linguistic Equivalence
# This refers to whether the research protocols—items on questionnaires, instructions, etc.—used in CC
study are semantically equivalent across the various languages included in the study
# Two procedures to establish LE:
o Back translation: involves taking the research protocol in one language, translating it to the other
language(s), and having someone else translate it back to the original
! If back translated version is the same as the original, they are generally considered equivalent
! End product must be a semantic equivalent to the original language
! Original language is decentered through this process, with any culture-specific concepts of the original
language eliminated or translated equivalently into the target language; culture-specific meanings and
connotations are gradually eliminated from the research protocols so that what remains is something
that is the closest semantic equivalent in each language
• Decenter is the concept underlying the procedure of back translation that involves eliminating any
culture-specific concepts of the original language or translating them equivalently into the target
language
o Committee approach: several bilingual informants collectively translate a research protocol into a target
language
! They debate the various forms, words and phrases that can be used in the target language, comparing
them with their understanding of the language of the original protocol
! Product reflects translation that is shared consensus of the linguistically equivalent protocol across
languages and cultures
# They can use both together – protocol may be initially translated and back-translated and then the
translation and back-translation can be used as an initial platform from which a translation committee
works on the protocol, modifying the translation in ways that seem most appropriate, using the back-
translation as a guideline
# The translations may not be exactly the same; just because something has the same name in two or more
cultures does not mean that it has the same meaning or that it can be measured in the same way
Measurement Equivalence
# Refers to the degree to which measures used to collect data in different cultures are equally valid and
reliable
# Validity refers to whether a measure accurately measures what it is supposed to measure
# Reliability refers to how consistently a measure measures what it is suppose to measure
# Different cultures may conceptually define a construct differently and/or measure it differently
www.notesolution.com
Unlock document 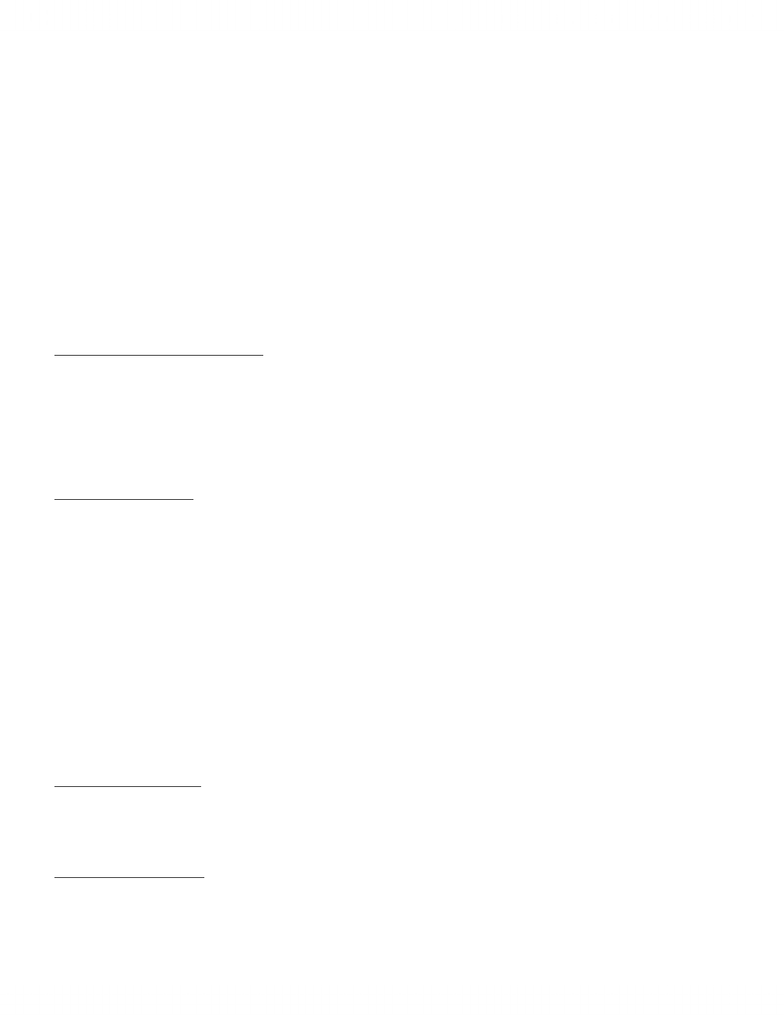 !
$!
# Researchers need to be keenly aware of the issue of equivalence with regard to their conceptual
definitions and empirical operationalization of the variables (the way researchers conceptually define a
variable and measure it) in their study
# Psychometric equivalence – ME on the statistical level
o Factor analysis: used to examine the structure of questionnaire; factor analysis creates groups of the
items on a questionnaire based on how the responses to them are related to each other
o The groups, called factors, are thought to represent different mental constructs in the minds of the
participants responding to the items
o Scores are then computed to represent each of these mental constructs
o When using questionnaires across cultures, one concern that arises is whether the same groups of items
or factors would emerge in the different cultures—if so measure said to have structural equivalence
! If structurally nonequivalent then different cultural groups have different mental constructs operating
when responding to same questionnaire so their responses may not be comparable to each other
o Internal reliability can be assessed by examining whether the items on a questionnaire are all related to
each other; if they are supposed to be measuring the same mental construct, then items should be related
to each other
Cross-Cultural Validation Studies
# there is need to conduct studies to test the reliability and validity of measures in different cultures in order
to be sure they can be used in various cultures, thereby ensuring the CC ME of the measure used
# CCVS examine whether a measure of a psychological construct that was originally generated in a single
culture is applicable, meaningful and most importantly psychometrically equivalent (equally reliable and
valid) in another culture
# These studies don’t test a specific hypothesis about cultural differences; rather, they test the equivalence
of psychological measures and tests for using other cross-cultural comparative research
Sampling Equivalence
# refers to whether CC samples can be compared
# are samples appropriate representatives of their culture?
o Most CC studies are not just cross-cultural; they are cross-city
o Important to recognize that sound CCCs would entail the collection of data from multiple sites within
the same cultural group, either in the same study or across studies, to demonstrate the replicability of a
finding across different samples within the same culture
# Are samples equivalent on noncultural demographic variables, such as age, sex, religion, socioeconomic
status, work and other characteristics?
o To deal with this researchers need to find ways of controlling these noncultural demographic factors
when comparing data across cultures
o They can do this by experimentally controlling them by holding them constant in the selection of
participants or statistically controlling them when analyzing data
# The conceptual problem that arises in CCR is that some noncultural demographic characteristics are
inextricably intertwined with culture, such that researchers cannot hold them constant across samples in a
comparison
Procedural Equivalence
# equivalence needs to be applied to procedures used to collect data in different cultures
# need to confront differences in their work and establish procedures, environments and settings that are
equivalent across the cultures being compared
# consumers need to be aware of these possible differences when evaluating CCR
Theoretical Equivalence
# there should be an equivalence in meaning of the overall theoretical framework being tested and the
specific hypotheses being addressed in the first place
www.notesolution.com
Unlock document

12. You are listening to a psychologist describe his view of human nature. He uses terms like "free will", "choice" and the "search for meaning". This illustrates which of the major perspectives on psychology? A) humanistic B) behavioural C) cognitive D) psychodynamic E) socio-cultural