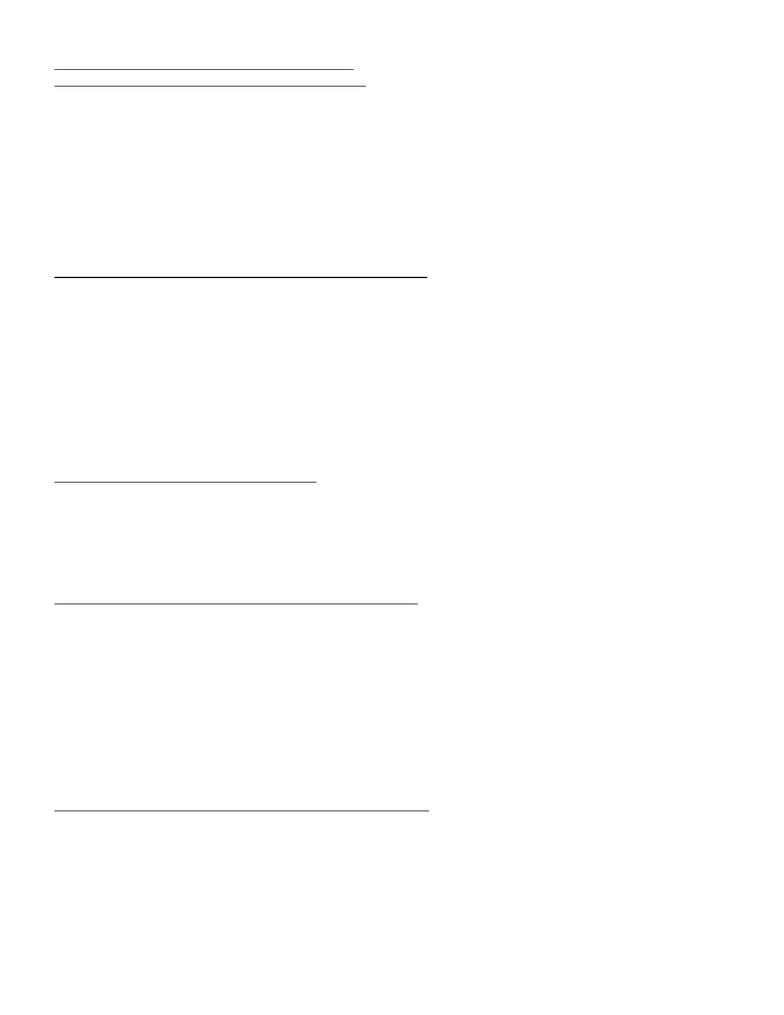 !
"!
Chapter 9: Culture, Language and Communication
The Dual Evolution of Language and Human culture
# evolution of human cultures is associated with evolution of the ability for verbal languages in humans
# with language we are able to create meanings about the world around us in terms of symbols
# humans are intentional agents, having the ability to infer intentions in others, and language aids in our ability
to communicate intentions and our beliefs about the intentions of others, to each other quickly and efficiently
# human culture exists precisely because of the ability to have language; language is a universal psychological
ability in humans
# all humans have an innate ability to acquire language; language forms the basis for the creation and
maintenance of human culture
# each culture creates it own unique language; language differences reflect important differences between
cultures, they also help to reinforce culture
Culture Influences on Verbal Language: Structure of Language
# language described using 5 critical features which appear to apply to all languages in all cultures:
o lexicon: or vocab: words contained in a language
o syntax and grammar: system of rules governing word forms and how words should be strung together to
form meaningful utterances
o phonology: system of rules governing how words should sound in a given language
o semantics: what words means
o pragmatics: systems of rules governing how language is used and understood in given social contexts
o phonemes are the smallest and most basic units of sound in a language; form the base of a language
hierarchy in which languages gains in complexity as sounds gain meaning, which in turn produces words,
which are strung together in phrases and then sentences
o morphemes are the smallest and most basic units of meaning in a language
Culture Influences on Language Acquisition
# all human infants are born with the ability to make the same range of sounds (phonemes)
# ability to create an almost infinite number of meaningful expressions from a finite set of elemental sounds is
one of the characteristics that differentiate humans from nonhuman animals
# culture influences language acquisition at very early age and helps shape morphemes of a language and the
creation of words
# through the use of language, an individual is transformed into an agent of culture
Language Differences Across Cultures: Culture and Lexicons
# self-other referents: what we call ourselves and others
o in English we use I and we; we use these irrespective of whom we are talking to or what we are talking
about
# many languages in the world have much more elaborate systems of reference that depend on the nature of the
relationship between people
# behavior and language differ depending on status, group orientation, or whether the person is a member of
your in-group or not
# counting systems also provide an example of how culture influences the structure of a language
o in English objects are simply counted by the number, with no prefix or suffix to denote the type of object
being counted
o linguistic differences contribute to differences in math achievements in US and other countries like Japan
Language Differences Across Cultures: Culture and Pragmatics
# Kashima and Kashima found that cultures whose languages allowed pronouns to be dropped tended to be less
individualistic, which they interpreted as reflecting different cultural conceptualizations of self and others
# In Gudykunst study, Japanese rated in-group relationships as more intimate than did the Americans, and the
Japanese perceived more personalization but less synchrony across relationship terms
o Americans have the lowest personalization and synchronization scores, the Koreans the highest and
Japanese in the middle, but only for in-group communication
www.notesolution.com
Unlock document 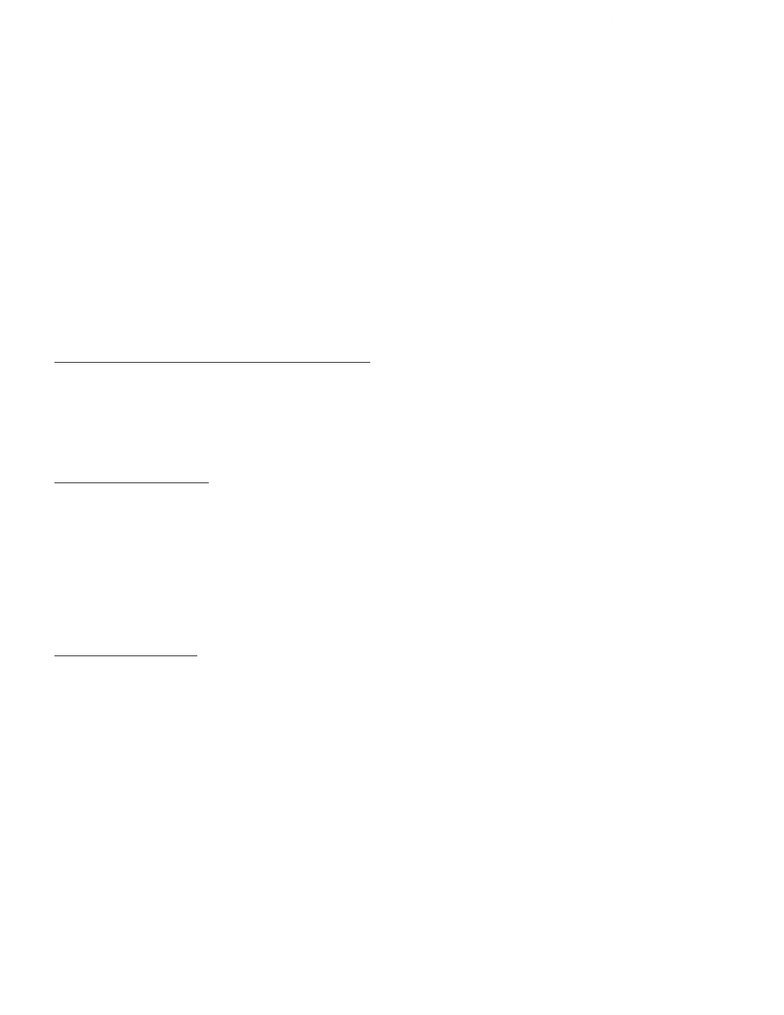 !
$!
o Members of collectivistic cultures use principle of equity involving greater social penetration when
communicating with in-group members than do members of individualistic cultures
# Cultural differences have been documented in # of other communication areas: apologies, children’s personal
narratives, self-discloser, compliments, and interpersonal criticism
# Americans have a higher level of self-disclosure than did the Taiwanese Chinese across all topics and target
persons
# Japanese prefer direct, extreme forms of apology, while Americans preferred indirect, less extreme forms;
Americans favor explanation as a form of apology whereas the Japanese preferred compensation
# Many of cultural differences in pragmatics can be summarized in terms of communication style
o Some languages are very direct; others very indirect; some very succinct and precise; others very elaborate
and extended
o Some cultures are very contextual, that is, important meanings are conveyed in the context within which
languages occurs, or in the way in which it is delivered, relative to actual content of the speech
# Some cultures are high-context cultures with high-context languages, while others are low-context
# Some languages have specific forms of honorific speech, which are specific language forms that denote status
differences among interactants, conferring higher status to others while at the same time acknowledging one’s
lower status when appropriate and vice versa
Language and Thought: The Sapir-Whorf Hypothesis
# sapir-worf hypothesis (linguistic relativity) suggests that speakers of different languages think differently and
they do so because of the differences in their languages. It is important for understanding cultural differences
(and similarities) in thought and behavior as a function of language
# if the hypothesis is correct, it suggests that people of different culture think differently, just by the very nature,
structure and function of their language; people who speak more than one language may actually have
different thought patterns when speaking different languages
In support of Sapir-Whorf
# Carrol and Casagrande compared Navajo and English speakers; examined relationship between systems of
shape classification in Navajo language and amount of attention children pay to shape when classifying
objects
o Performance of low income African American English speaking children was similar to European
# linguistic features play a role in influencing cognitive processes
# language we speak influence the kinds of thoughts we have. Language act in a mediating role, helping to
determine the ways in which children conceive of some aspects of their world
# kay and kempton compared thought processes of speakers of English with those of speakers of Tarahumara
(does not distinguish between blue and green)
Challenging Sapir-Worf
# berlin and Kay: study of the distribution of color terms in 20 languages; found a limited number of basic color
terms in any language; also found that color chips chosen was best examples of these basic terms tended to
fall in clusters they termed “focal points”
o findings suggest that people in different cultures perceive colors in much the same way, despite radical
differences in their language
# Rosch wanted to test how culturally universal focal points were; also explored relationship between language
and memory. If Whorfian position was correct, Dani’s lack of rich color lexicon would inhibit Dani speaker’s
ability to discriminate and remember colours. Dani speakers did not confuse color categories any more then
did speakers of English though; nor did Dani speakers perform differently from English speakers on memory
tasks
# Berlin and Kay also examined 78 languages and found that 11 basic color terms form a universal hierarchy;
they also noticed an evolutionary order in which language encode these universal categories
# Au concluded that the use of hypothetical interpretations was probably not related to the use of subjunctive or
to counterfactual reasoning in Chinese
# Takona says that differences in amount of mathematical training, not linguistic differences, may have
produced the differences bloom originally reported
www.notesolution.com
Unlock document 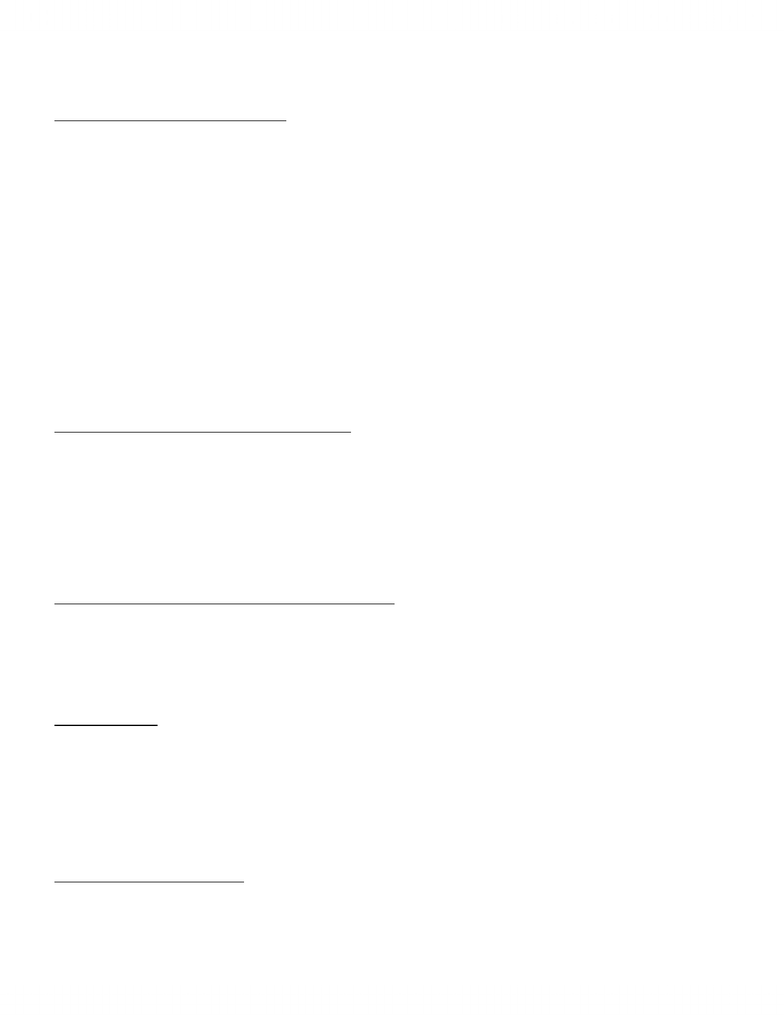 !
%!
# Pinker concluded that many of the earlier studies claiming linguistic relativity are severely flawed; we can
think w/o words and language, suggesting that language does not necessarily determine our thoughts. Thought
is made up of visual and non verbal not just words and language
Sapir-Whorf: What’s the Bottom Line?
# Fishman ordered different approaches in increasing level of complexity; two factors determine the level at
which a given version of the hypothesis might fall
o First factor relates to the particular aspect of language that is of interest—ex. lexicon or grammar
o 2nd factor relates to the cognitive behavior of the speakers of a given language –ex. cultural themes or non
linguistic data such as decision making task
# of the 4 levels, level 1 is the least complex; level 4 is the most complex; level 3 and 4 are actually closer to
Whorf’s original ideas in that they concern the grammar or syntax of language as opposed to its lexicon
# few research studies test the SW hypothesis at Fisherman’s level 3 or 4
# a considerable amount of research compares lexical differences and linguistic behavior (lvl 1) or nonlinguistic
behavior (lvl 2)
# most of the research is at level 2, comparing lexical differences with nonlinguistic behavior – when such
comparisons have shown differences, language is assumed to have caused these differences
# best-studied area is lexical differences b/w languages, which provides some of the weaker support for the
hypothesis; lexicon seems to be only minimally related to thought process, which may acc for some
skepticism about SW hypothesis
# less-studied area of syntactic and grammatical differences b/w languages provides some evidence for the
claim that language influences cognition
Cultural Influences on Nonverbal Communication
# communication also involves nonverbal behaviors which are all the behaviors that occur during
communication that do not include verbal language
o facial expressions; vocal cues like tone of voice, pitch, pauses; gestures; body postures; interpersonal
distance; touching behavior and visual attention
# research has shown that bulk of messages that occur in communication are carried nonverbally, not verbally.
Thus, nonverbal channels are actually more important in understanding meaning and especially emotional
states of the speaker
# research has also demonstrated that most people consciously attend to the verbal language, not the nonverbal
behaviors, when interacting with and judging others
The Types of Nonverbal Behaviors: Culture and Gestures
# gestures are nonverbal behaviors that have meaning on their own, like a phrase or sentence
# Efron examined gestures of Siclian and Lithuanian Jewish immigrants in NYC; found that there were distinct
gestures among traditional Jews and Italians, but that the traditional gestures disappeared as people were more
assimilated into the larger American culture
# Ekman documented cultural differences in emblematic gestures b/w Japanese, American and New Guinean
participants
Culture and Gaze
# gaze associated with dominance, power or aggression and affiliation and nurturance
# Fehr and Exline suggested that affiliative aspects of gazing begin in infancy, because infants are very attentive
to adults as their source of care and protection
# Cultures create rules concerning gaze and visual attention because both aggression and affiliation are
behavioral tendencies that are important for group stability and maintenance
# There are differences in these rules
# Contact cultures engage in more gazing and had more direct orientations when interacting wither others, less
interpersonal distance and more touching
Culture and Interpersonal Space
# Hall specified 4 different level of interpersonal space use depending on social relationship type: intimate,
personal, social and public
# People of all cultures make these distinctions, but they differ in the spaces they attribute to them
www.notesolution.com
Unlock document

27. Stephanie sustained severe damage to her cerebellum in a motor vehicle accident. This damage would most likely cause difficulties with A) the timing and coordination of motor movements B) language comprehension C) language production D) regulating biological drives, such as thirst, and hunger E) organizing sensory information and sending this information to appropriate areas of the brain