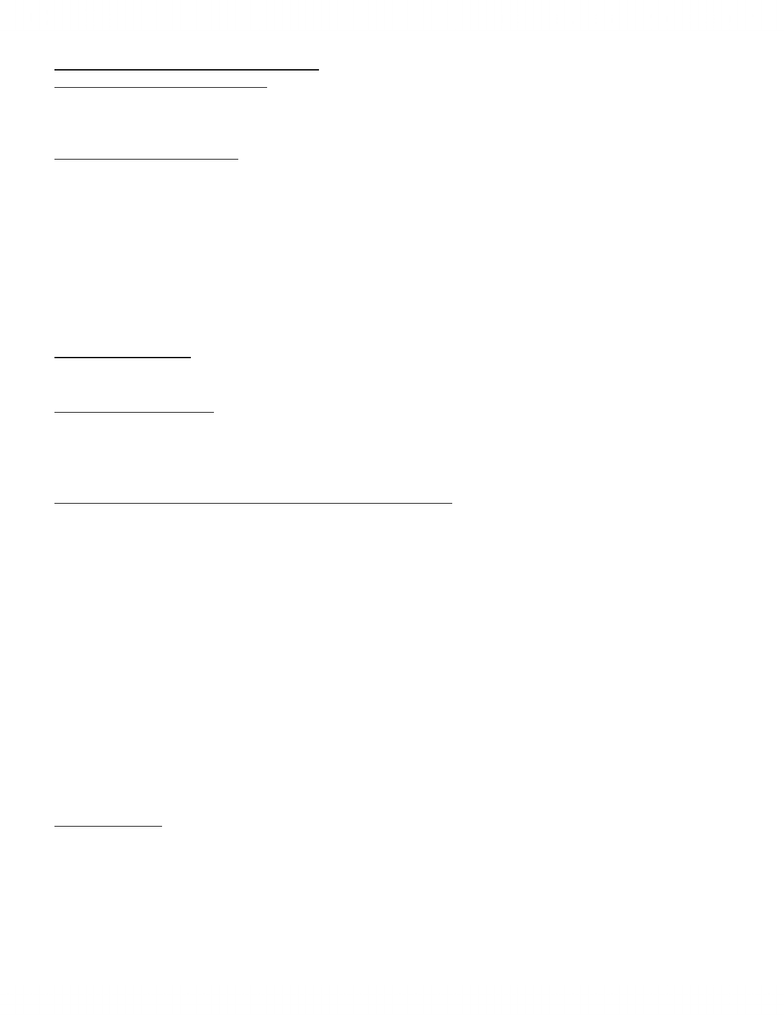 !
"!
Chapter 14: Culture and Social Behavior II
Culture and Impression Formation
# people of all cultures have a universal need to form meaningful bonds with others, they help ensure
reproduction by finding mates and aid in our caring for offspring and elderly and in buffering many of
life’s trials and tribulations
Culture and Face Recognition
# there is existence of a same-race bias in the ability to recognize faces
# there is a same-race bias in discriminating b/w male and female faces; this exists in children of 3 months
old
o attitudes toward people of same and other races, social orientation, task difficulty, experience, orienting
strategies, different self-schemas held by the observers all contribute to this differential recognition
ability
# inter-group contact theory: differential recognition stems from limited experience with members of other
groups
# some research suggests that same-race and other-race faces may be perceived and classified differently,
with race features being coded differently in same-race and other-race perceptions
Impression Formation
# person perception: process of forming impressions of others
# appearance/attractiveness influences judgments of personality
Culture and attractiveness
# cultures differ on the meaning and definition of attractiveness; this in turn can influence formation of
impressions
# facial physiognomy: anatomical characteristics of the face
# there is a universal standard for what does and does not constitute attractiveness
Love, Sex, Marriage across cultures: Culture and Mate Selection
# females value cues related to resource acquisition in potential mates more highly than males do, whereas
males value reproductive capacity more highly than females
o mate-selection preferences are universal, arising from different evolutionary selection pressures on
males and females
# alternative explanation for interpersonal attraction based on social construction perspective! importance
on individual and cultural, as opposed to evolutionary, factors in understanding interpersonal attraction
o social construction argues that there are more gender similarities than differences when it comes to
choosing mates
# Pine’s study provides evidence for both evolutionary theory and social construction theory of mate
selection
# developmentally different preferences in what one considers attractive in a partner
# mate poaching: stealing some1 else’s mate
o all around the world it tends to be more extroverted, disagreeable, unfaithful and erotophilic (being
comfy in talking about sex)
o cultural differences exist! cultures with more economic resources had higher rates of it; countries with
more women than men, women were more likely to engage in it; sex differences in it tended to be
smaller in cultures that were more gender egalitarian
Culture and Love
# many studies have demonstrated specific cultural differences in attitudes about love
# romantic love was more valued in US and Germany than Japan- romantic love is highly valued in
cultures with few strong, extended family ties and less valued in cultures in which kinship networks
influence and reinforce the relationship b/w marriage partners
# some aspects of passionate love are unique to specific countries:
o like protective intimacy, and tender intimacy for people in US
www.notesolution.com
Unlock document 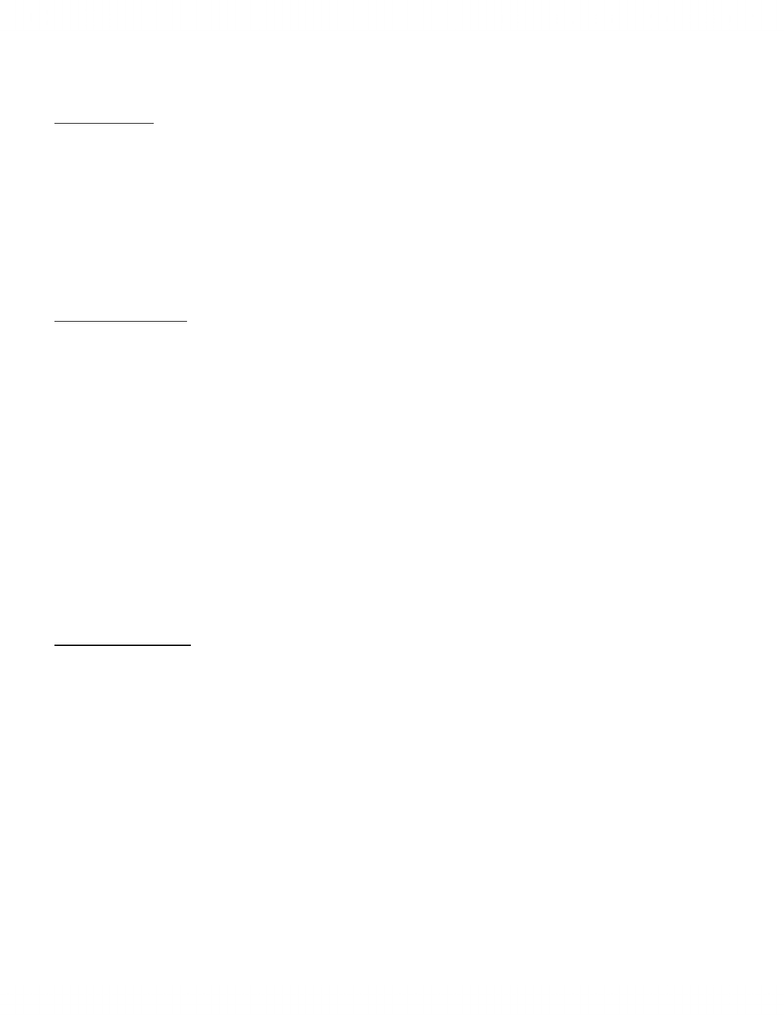 !
$!
o realistic closeness and idealistic closeness for Danish men and women
o Chinese and other Asian respondents were more friendship oriented in their love relationships than were
respondents from European backgrounds
Culture and Sex
# There is some degree of universality in some types of norms regarding sex around the world
# There are also some cultural differences regarding premarital sex and homos; and how open they are
about expressing sexuality in public
# Culture can also affect sex within marriage
o Cultures with fewer resources and higher stress are associated with insecure romantic attachments and
higher fertility rates
o As cultures become more affluent, birth rates tend to decline
# Jealousy is universal reaction to the infidelity of one’s mate
o Violation of emotional involvement for women threatens the care of offspring; violation of sexual
exclusivity for men threatens their ability to reproduce and produce offspring
Culture and Marriage
# marriage is an institutionalized relationship that publicly recognizes the long-term commitment that two
people make to each other
# secure relationship: both the self and the other are considered valuable and worthy of trust; they are
characterized as being responsive, supportive, comfy in their mutual interdependence
# cultural differences in ways in which people around the world form romantic attachments and view the
role of love in marriage
# preoccupied romantic attachment: attachments to others are relatively more dependent on the value that
they provide to other and that others provide to themselves. They tend to strive more for the approval of
highly valued others in romantic relationships
# marriage also differs in different cultures on the perceived role of love
# individualistic cultures were more likely to rate love as essential to the establishment of a marriage and to
agree that the disappearance of love is a sufficient reason to end the marriage
o countries with a large GDP also show this tendency
o countries with high marriage and divorce rates, and low fertility rates, assigned greater importance on
romantic love
o divorce rates were highly correlated with the belief that the disappearance of love warranted the
dissolution of marriage
Intercultural Marriage
# conflicts in intercultural marriages arise in several major areas, including expression of love and
intimacy, the nature of commitment and attitudes toward the marriage itself and approaches to child
rearing
o there are also differences in perception of male-female roles, especially with regard to division of labor,
differences in domestic money mgt, differences in perceptions of relationships with extended family
and differences in definition of marriage itself
# people of different cultures vary in their expression of basic emotions; cultures differ on the degree to
which emotions such as love and intimacy are seen as imp ingredients of successful marriage
# children tend to develop strong or weak ethnic identities based on their parent’s similarities or
differences, but on their upbringing, especially with regard to attitudes, values and behaviors, regarding
their single or dual cultures
# children with stronger ethnic identities, are more likely to marry within their own ethnic group
# ho suggested 3 types of adjustments that help to resolve differences:
o capitulation: refers to ability and willingness to give up one’s own cultural behaviors and accept the
other’s position occasionally
www.notesolution.com
Unlock document 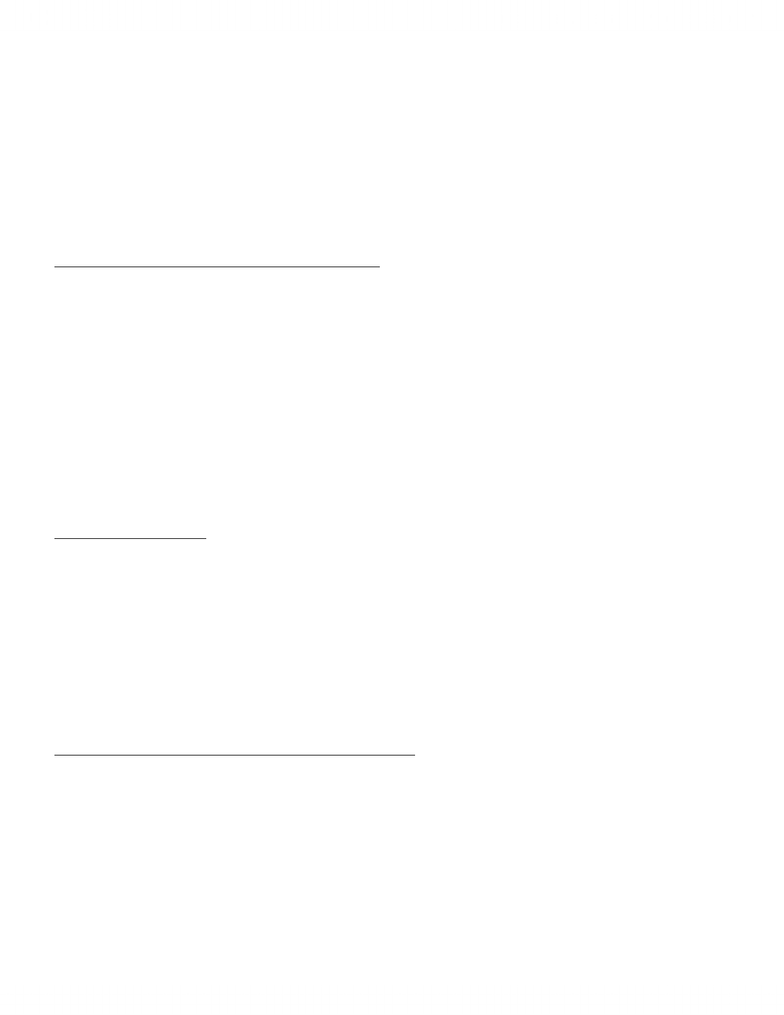 !
%!
o compromise: refers to finding a mutual point, with both partners partially giving up their positions and
partially accepting each other’s
o coexistence refers to the process by which both partners live with their respective differences by
accepting each other “as they are” in their marriage
# Tseng’s ‘alternative way’ is one in which partners take turns in adapting their cultural behaviors; a
‘mixing way’ is one in which partners take some behaviors and customs from both cultures and randomly
introduce them into their marriage. ‘Creative adjustment’ is when partners invent a completely new set of
behavior patterns after deciding to give up their respective cultural norms
# Context constructionistic: discuss perspectives of both cultures in relation to each context in which there
is a conflict or differences. The couple can then discuss the pros and cons of both perspectives in relation
to their lives as a whole and make functional decisions based on these discussions
Culture and Conformity, Compliance and Obedience
# conformity means yielding to real or imagined social pressure
# compliance yielding to social pressure in one’s public behavior, even through one’s private beliefs may
not have changed
# obedience is form of compliance that occurs when people follow direct commands, usually from someone
in a position of authority
# In Ash’s conformity study group size and group unanimity were major influencing factors (7 people that
were unanimous)
# In real world, compliance can occur in response to explicit rules, requests and commands
# Cultural differences in conformity, compliance and obedience
# Conformity higher when majority that tried to influence the conforming participant was larger and when
there was a greater proportion of female participants; also higher when majority did not consist of out-
group members and when stimuli were more ambiguous
# Effect size related to individualism-collectivism, with conformity higher in collectivistic countries than in
individualistic ones
Culture and Cooperation
# cooperation refers to people’s ability to work together toward common goals
# cooperative behavior in nonhuman primates exists but is limited to kin and reciprocating partners, and is
virtually never extended to strangers
# human trust and cooperation appears to be based on unique cognitive abilities that only humans have,
including empathy, and concern for the welfare of others and memory, reciprocity and cooperation can be
practiced only by those who can remember who was helpful and who was not
# individualistic associated with social capital; people are more trusting of others and engaged with them
# cultural differences in cooperative behavior may exist, but these are most likely related to the specific
situational constraints that individuals are in at the time when a behavior occurs
o cultures provides the environment that defines the situational constraints and contexts
o effects of culture are specific to type of behavior and context
Culture and Intergroup Relations: Ingroups and Outgroups
# individuals of all societies make distinctions between people with whom they interact with; this is a
universal necessity because they are necessary conditions for both individual and group functioning and
ultimately for survival
# ingroup relationships are characterized by shared experiences and an anticipated future that produce a
sense of intimacy, familiarity and trust
# in all societies, enculturation involves learning who are ingroups and who are not
# outgroup relationships: greater ambiguity and uncertainty, there is no intimacy, familiarity, shared
experiences or history or an anticipated future
# people tend to expect greater similarities b/w themselves and their ingroups, relative to their outgroups;
people also tend to attribute more uniquely human emotions, such as contentment, delight or resignation
www.notesolution.com
Unlock document