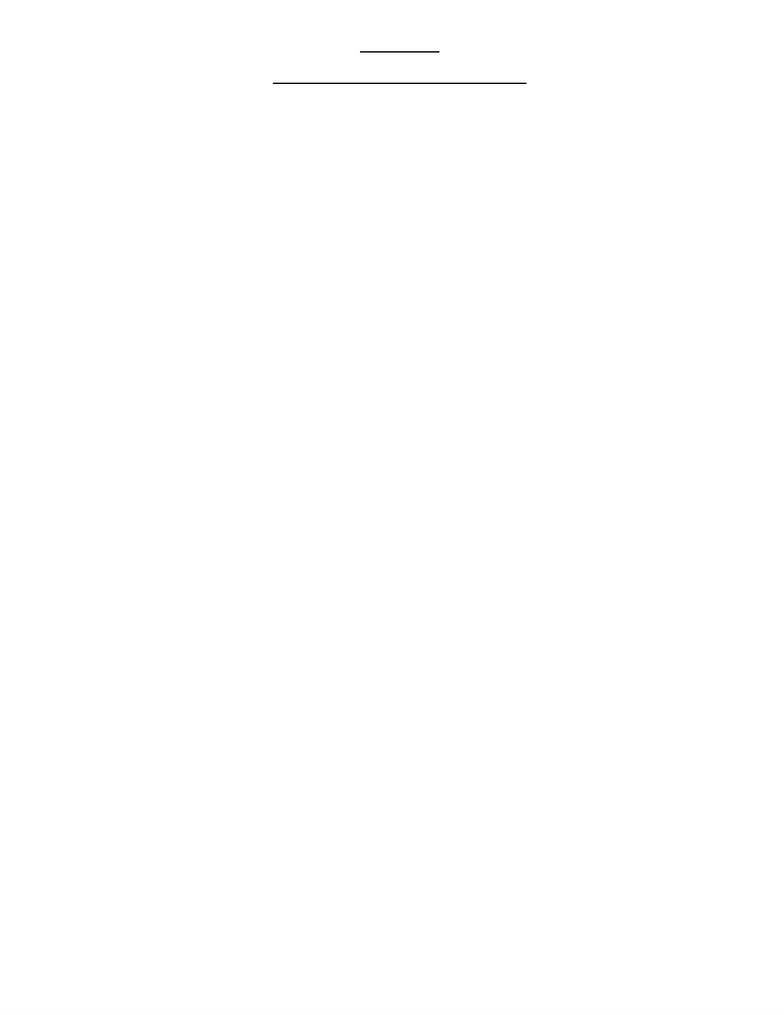 CHAPTER 4
ATTACHMENT: LEARNING TO LOVE
 From the onset of birth infants yearn for contact with others and those contact develop attachment to familiar
participants in their lives (parents, siblings, grandparents)
 Attachment- a strong emotional bond that forms between an infant and caregiver in the second half of the
child‟s first year
THEORIES OF ATTACHMENT
 Psychoanalytic Theory
o Freud- infants development attachment to the mother because they associate her with gratification of
their instinctual drive to obtain pleasure through sucking and oral stimulation (from breast feeding)
o Theory is incorrect because attachment can develop even in the absence of feeding and enjoyment
 But the theory drew attention to the notion of attachment in the first place and pointed out the
importance of early contact between the mother and infant
 Learning Theories
o Association of mother-infant attachment with mother-infant feeding
o Drive-reduction learning theorists- infant becomes attached to the mother because she reduces the
infants drive of hunger
 Wanting the mother present becomes a secondary because she relieves the feeling of hunger
o However, Harry Harlow showed that monkeys separated from their mother and given the option to be
fed by a wire cage with a bottle versus a cloth mother doll choose to spend more time with the cloth
mother and only visit the wire mother to get food
 They especially favored the cloth mother in times of stress
o Operant conditioning learning theorists- development of attachment is not feeding but the visual
auditory, and tactile stimulation that infants receive from the care-giver
 Babies are initially attracted to the parent because of these stimulations and over time become
attached to these caregivers
 This theory shows that attachment is not automatic and it develops over time as a result of
satisfying interaction
o One problem is that it cannot explain why children form attachments to abusive parents
 Cognitive Developmental Theory
o Point out other important components of child development—the ability to differentiate between
familiar and unfamiliar people and also their awareness that people continue to exist even when they
cannot be seen
o Object Permanence (Piaget)- understanding that objects, including people, have a continuous
existence apart from the baby‟s own interaction with them
 Begins as early as 3½ months
o Infants gradual cognitive development helps account for this
o As infants grow older, physical proximity to attachment figure becomes less important
 Maintain contact through talking and smiling
o Less upset when parents leave because they are able to cognitively understand that parents may not be
present at all times
 Ethological Theory
o The most complete explanation of attachment proposed by John Bowlby
o He observed orphans from WWII which led him to develop a theory that suggested the importance of
having a strong attachment to a primary caregiver so that the infant feels safe
o Bowlby focused on evolutionary biology, ethology, developmental psychology and cognitive science
o Imprinting- birds and other infrahuman animals develop a preference for the person or object to
which they are first exposed during a brief, critical period after birth
Unlock document

o Bowlby suggested that attachment was similar to imprinting because attachment are instinctual
responses that are important for the protection and survival of the species
 Infant responses (crying, smiling, vocalizing) elicit care and protection
 And the infant is biologically prepared to respond to the sights, sounds and nurturance
provided by the parent
 Parents are also biologically prepared to respond to the child‟s behaviors
 Which results in the development of a mutual attachment
 The parent plays the role of a „secure base‟ for the infant
o Secure Base- a safety zone that the infant can retract to for comfort and reassurance when stressed or
frightened while exploring the environment
o Bowlby says attachment is linked to exploration
 To learn about the environment the child must explore but if they get scared they know they
can come back to the parent for protection
o The value of Bowlby‟s theory is his emphasis on the active role played by the infant through social
signaling systems (smiling, crying)
o Also he stresses the development of mutual attachments, whereby parents and child form attachments
to one another
o He also says attachment is a relationship and not simply a behavior of either the infant or the parent
o However, others have questions Bowlby‟s suggestion that infants behaviors are biologically
programed (smiling)
 Infants behaviors have both a social and a biological origin
o Bowlby also assumed that mothers were the best caregivers
 Research had not supported the notion that mothers are necessary for attachment development
HOW ATTACHMENT DEVELOPS
Attachment does not develop suddenly but emerges gradually
 Formation and Early Development of Attachment
o Early development of attachment can be divided into four phases
1. Preattachment
 0-2 months of age
 Indiscriminate social responsiveness
2. Attachment in the making
 2-7 months
 Recognition of familiar people
 Can differentiate between their mother‟s face, voice and small and those of other women
 But do not show protest if parents depart
3. Clear cut attachment
 7-24 months
 Separation protest; wariness of strangers; intentional communication
 Infants actively seek contact with their regular caregiver and the behaviors are specific to their
caregiver and not anyone else
4. Goal corrected partnership
 24 months on
 Relationships more two sided; children understand parents needs‟
 Understands and becomes aware of other people‟s feelings, goals, and plans and begin to consider
these things in formulating their own actions
 What It Means to Be Attached
o By the age of 1, children develop attachment to one special person and prefer this one person over
others
Unlock document 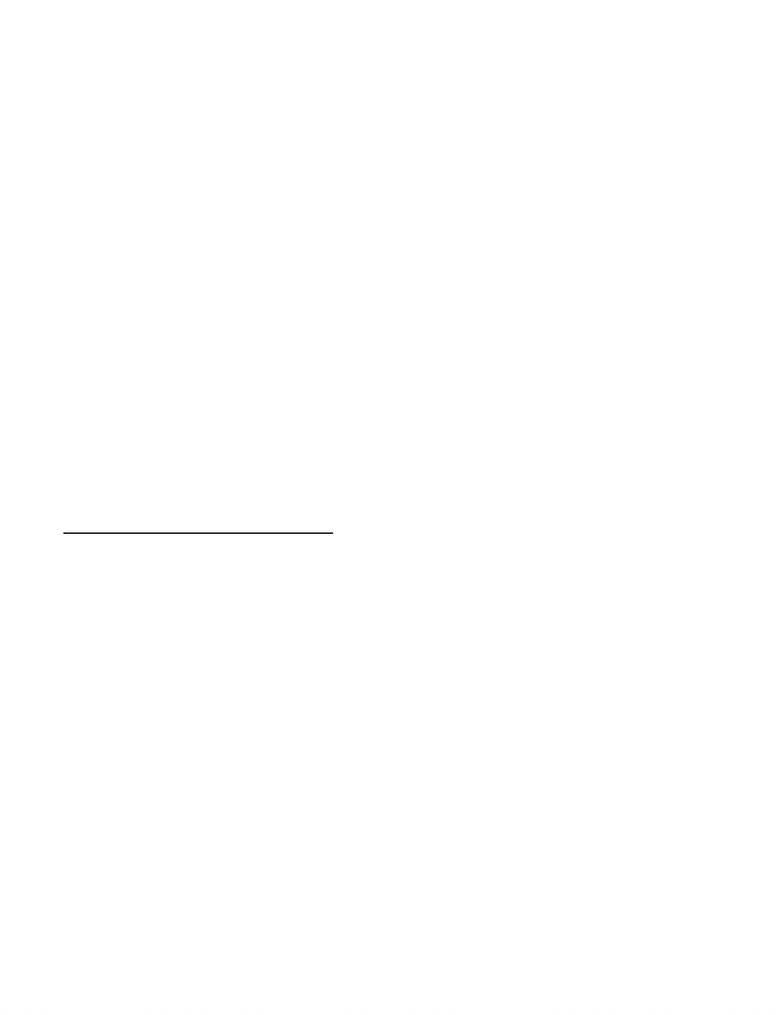 o Actively seek contact and proximity by following her around and cuddling and snuggling
o Separation Distress or Protest- an infant‟s distress reaction to being separated from the attachment
object, usually the mother, which typically peaks at about 15 months of age
 Attachment to Whom
o The mother is usually the first object of affection
 93% of infants in their first year of life showed attachment to their mother
 Only 7% showed attachment to someone other than their mother
o The initial attachment may be to the mother, but the infant can also form attachments to other familiar
people with whom they interact with frequently
 At 18 months only 5% of infants were attachment only to their mother
 Others (75%) also formed attachments to their father, or a grandparent (45%)
o The initial attachment is to the mother because she is the primary caregiver in the first year of life
o Fathers participate in caregiving more if the mother of the child supports their involvement and views
him as competent
o The father plays s special role in the infants life as a playmate
 In general, fathers spend 4-5 times more time playing with their infant than caring for them
o Fathers enrich their infants‟ social development by providing unique types of social experiences and
because infants can form multiple attachments, fathers too often become attachment objects
THE NATURE AND QUALITY OF ATTACHMENT
Secure Attachment- babies are able to explore novel environments, are minimally disturbed by brief separations from
their mothers and are quickly comforted by her when she returns
These infants believe that their parents will provide support for their exploration of the world and a safety net if
circumstances turn threatening
Different Types of Attachment Relationships
- Ainsworth studied infants in Uganda and Baltimore and observed how infants use their mother as a secure base
- She developed the strange Situation scenario in which parent and child are separated and reunited so that
investigators can assess the ature and quality of their parent-infant attachment relationship
 Ainsworth’s Classification of Attachment Types
o White, middle class infants were 60-65% securely attached (Type B)
 They readily sought out contact with their mother after the stress of her departure in the
unfamiliar setting and were quickly comforted by her, even if they were initially quite upset
o Infants were secure enough to explore the novel environment when the mother was resent
o In familiar surroundings, these infants were minimally disturbed by minor separations
o Insecure-avoidant attachment- babies seem not to be bothered by their mothers brief absences but
specifically avoid her when she returns, sometimes becoming visibly upset (Type A)
 20% of children are avoidant
o Insecure-ambivalent attachment- babies tend to become very upset at the departure of their mother
and exhibit inconsistent behavior on the mother‟s return, sometimes seeking contact, sometimes
pushing their mother away. (This is sometimes referred to as insecure-resistant or anxious ambivalent
attachment) (Type C)
 10-15% are ambivalent
 Beyond Ainsworth’s A-B-C Classification
o Insecure-disorganized attachment- babies seem disorganized and disoriented when reunited with
their mother after separation (Type D)
o They looked dazed, freeze in the middle of their movements or engage in repetitive behaviors, such as
rocking
Unlock document