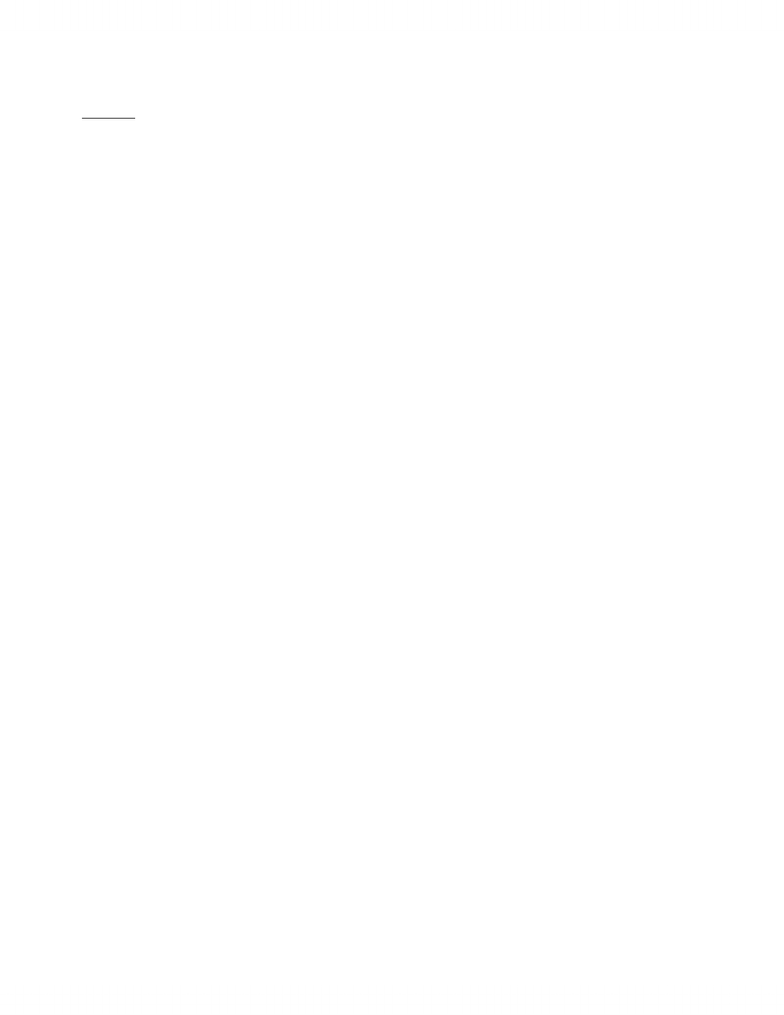 Chapter 1: Cells and Genomes
The universal features of cells on earth
-Heredity is central to definition of life; it distinguishes life from other processes
oOther processes: burning of a candle, growth of crystal, formation of waves on water
In other processes orderly structures are generated without the same type of a link between
the peculiarities of the parent and the peculiarities of the offspring
Living organisms consume free energy to create and maintain its organization
Free energy drives complex chemical processes that are specified by the hereditary
information
-All living things are generated by cell division from a single cell
-The single cell is the vehicle for the hereditary information that defines the species
-Specified by this information, the cell includes machinery to gather raw materials from the environment,
and to construct out of them new cells in its own image, complete with a copy of hereditary information
oNothing less than a cell has this capability
1. All cells store their hereditary information in the same linear chemical code (DNA)
-Living cells like computers, deal in information, and it has been estimated that they have been evolving and
diversifying for over 3.5 billion years
-All living cells store their hereditary information in a form of double stranded molecules of DNA
oLong, unbranched polymer chains, formed always of the same four types of monomers
oThese monomers have nicknames drawn from a four letter alphabet – A, T, C, G, they are stung
together in a liner sequence that encodes the genetic information
oWe can take human DNA and insert it into a bacterium, or vise-versa and the information will be
successfully read, interpreted and copied
-Using chemical methods, scientists can read out entire sequence of monomers in any DNA molecule (DNA
molecules extend for millions of nucleotides), thereby deciphering the hereditary information that each
organism contains
2. All cells replicate their heredity information by templated polymerization
-Mechanisms that make life possible depend on the double stranded DNA molecule
-Each monomer or nucleotide is a single DNA strand consists of two parts; one part: a sugar and phosphate
group attached to it and second part: a base, which may be either adenine, guanine, cytosine or thymine
oEach sugar is linked up to the nest one via the phosphate group
oThis creates a polymer chain composed of repeating sugar-phosphate back bone with a series of
bases protruding from it
www.notesolution.com
Unlock document 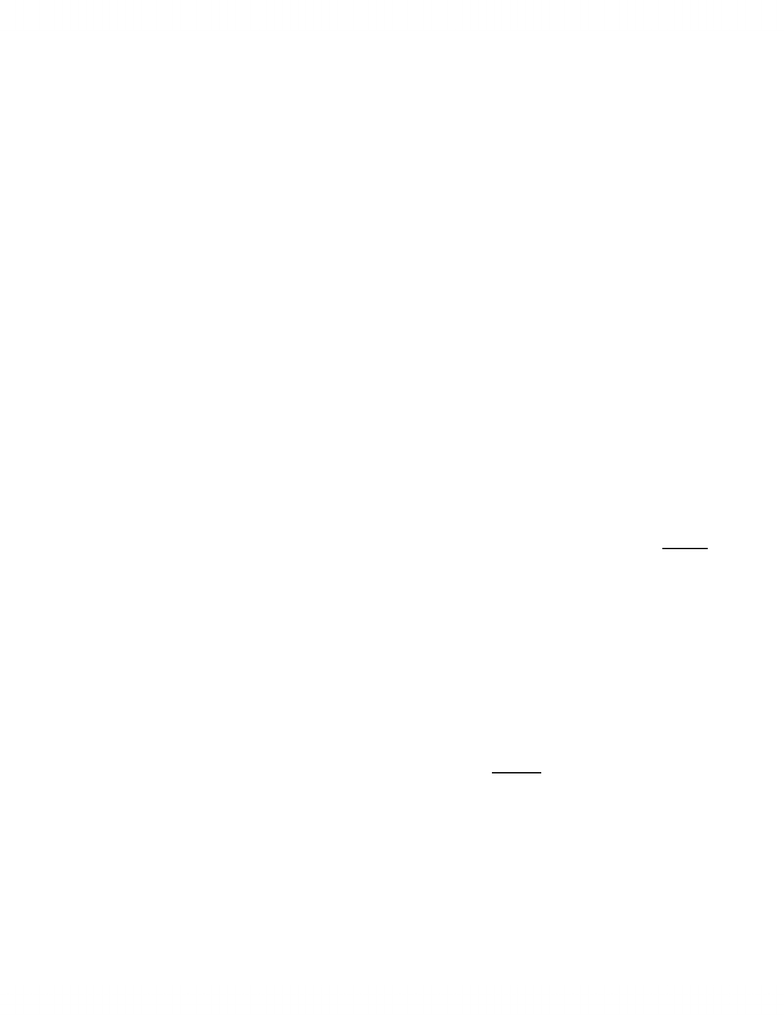 oDNA polymer is extended by adding monomers at one end
oIn living cells, DNA is not synthesized as a free strand in isolation, but on a template formed by
preexisting DNA strand
oBases protruding from the existing DNA strand bind to the bases of the strand being synthesized,
according to a strict rule defined by the complementary structures of the bases: A binds to T, and C
binds to G
oThese base pairings hold fresh monomers in place, thereby controlling the selection of which
monomer will be added to the growing strand next
-The bonds between the bases are weaker than those between the sugar-phosphate links
oThis allows the DNA to be pulled apart without breaking its backbone
oEach strand of DNA, can serve as a template for the synthesis of fresh DNA complementary to
itself, that is, a fresh copy of the hereditary information
-DNA replication occurs in different cells at different rates, with different controls to start and stop it and
with different auxiliary molecules to help it along
oThe coping of genetic information by DNA replication – in this process, the two strands of DNA are
pulled apart, and each serves as a template for synthesis of a new complementary strand
-Basics are universal: DNA is the information store, and templated polymerization is the way in which this
information is copied throughout the living world
3. All cells transcribe their hereditary information into the same intermediary form (RNA)
-To carry out its information bearing function DNA must do more than copy itself, it must also express its
information by letting it guide the synthesis of other molecules in the cell
oThe expression occurs by a mechanism which is the same in all living organisms
oThe process leads to first and foremost to the production of two other key classes of polymers: RNA
and proteins
This process begins with a templated polymerization called transcription, in which
segments of the DNA sequence are used as templates for the synthesis of shorter molecules
of the closely related polymer ribonucleic acid or RNA
Later, in the process of translation, many of these RNA molecules direct the synthesis of
polymers of a radically different chemical class the proteins
•From DNA  protein, the genetic information is read out and put to use through a
two step process, first in transcription, segments of the DNA sequence are used to
guide the synthesis of molecules of RNA, then in translation, the RNA molecules are
used to guide the synthesis of molecules of protein
-RNA backbone is formed out of a slightly different sugar, ribose instead of deoxyribose, and one of the
four bases is slightly different  uracil in place of thymine, but the other three are the same
oAll four bases of RNA pair with their complementary counterparts in DNA
www.notesolution.com
Unlock document oDuring transcription, the RNA monomers are lined up and selected for polymerization just like
DNA monomers are selected during DNA replication
oThe outcome of transcription is a polymer molecule whose sequence of nucleotides faithfully
represent a part of cell’s genetic information, even though written in a slightly different alphabet,
consisting of RNA monomers instead of the DNA monomers
-Same segment of DNA can be used to guide synthesis of many copies of RNA
oWhile the supple of genetic information in the cell is fixed and sacrosanct, the RNA transcripts are
mass-produced and disposable
Figure 1.5 How genetic information is broadcast for use inside the cell
•Each cell contains a fixed set of DNA molecules  archive of genetic information
oA given segment of DNA guides the synthesis of many identical RNA
transcripts  serve as working copies of the information stores in the archive
oMany different sets of RNA molecules can be made by transcribing selected
parts of a long DNA sequence, allowing each cell to use its information store
differently
Transcripts of RNA serve as intermediaries in the transfer of genetic information, they
mainly serve as messenger RNA (mRNA), which guide the synthesis of proteins according
to the genetic instructions stored in the DNA
-RNA molecules  distinctive structures  other specialized chemical capabilities
oBeing single stranded  backbone is flexible, the polymer chain can bend inward on itself to allow
one part of the molecule to form weak bonds with another part of the same molecule
Are single-stranded, but can form double strands when bend onto themselves
Occurs when segments are locally complementary  GGGG with CCCC
These types of internal associations  can cause RNA to fold into specific shape which is
dictated by it sequence
•The shape  may enable it to recognize other molecules, by binding to them
selectively and in certain cases, to catalyze chemical changes in the molecules that
are bound
•Few chemical reactions catalyzed by RNA molecules are crucial for several of the
most ancient and fundamental processes in the living cells and it has been suggested
that more extensive catalysis by RNA played a central part in the early evolution of
life
4. All cells use proteins as catalysts
5. All cells translate RNA into protein the same way
6. The fragment of genetic information corresponding to one protein is one gene
www.notesolution.com
Unlock document

Heredity is central to definition of life; it distinguishes life from other processes: other processes: burning of a candle, growth of crystal, formation of waves on water. In other processes orderly structures are generated without the same type of a link between the peculiarities of the parent and the peculiarities of the offspring. living organisms consume free energy to create and maintain its organization. free energy drives complex chemical processes that are specified by the hereditary information. All living things are generated by cell division from a single cell. The single cell is the vehicle for the hereditary information that defines the species. Living cells like computers, deal in information, and it has been estimated that they have been evolving and diversifying for over 3. 5 billion years. Mechanisms that make life possible depend on the double stranded dna molecule.