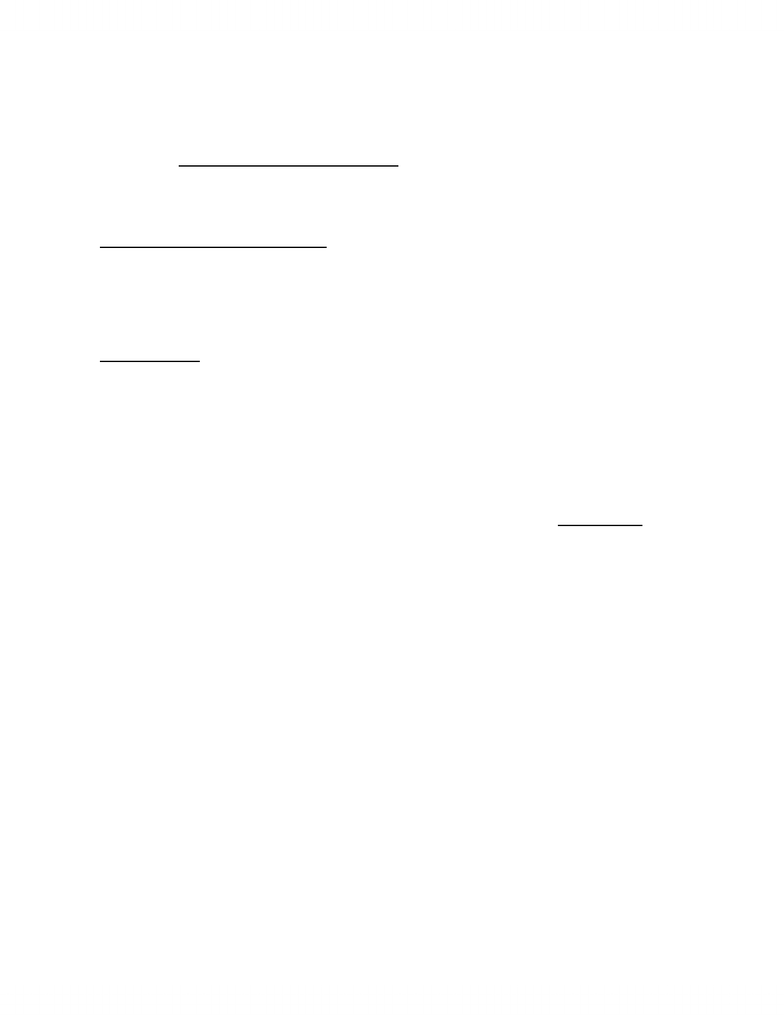 Chapter Four: DNA, Chromosomes, and Genomes (pp 195-263)
Required readings: pp 202-206, pp 208-218
Chromosomal DNA and its packaging in the chromatic fiber
-DNA’s most important function is to carry genes, including the information’s about when, in what
type of a cell and in what quantity proteins and RNA molecules are to be made
-Genomes of eukaryotes are divided into chromosomes
-Genes are arranged on chromosomes
-There is a specialized DNA sequences that are required for a chromosome to be accurately duplicated
and passed on from one generation to the next
-DNA packaging  if all the DNA was laid out end to end it would reach approximately 2 meters
-DNA packaging is done by specialized proteins that bind to and fold the DNA
-This generates a series of coils and loops that provide increasingly higher levels of organization,
preventing DNA from becoming an unmanageable tangle
-Even though DNA is tightly folded, it is compacted in a way to keeps it available to the many enzymes
in the cell that replicate it, repair it and use its genes to produce RNA molecules an proteins
1. Eukaryotic DNA is packaged into a set of chromosomes
-In eucaryotes the DNA in the nucleus is divided between a set of different chromosomes
-Each chromosome consists of a single, long DNA molecule associated with proteins that fold and
pack the fine DNA thread into a more compact structure
-Chromosome is a structure composed of very long DNA molecule and associated PRs that carries
some or all of the hereditary information of an organism; esp evident in animal and plant cells
undergoing mitosis and meiosis, during which each chromosome becomes condensed into a compact
rod-like structure visible under the light microscope
-The DNA and protein complex is called chromatin
-Chromosomes are also associated with many proteins and RNAs, which are required for gene
expression, DNA replication and repair
-Bacteria carry their genes on a single DNA molecule, which is often circular
-This DNA is also associated with proteins that package and condense it, but they are different from
eucaryotes
-Although often called the bacterial chromosomes, it does not have the same structure as eucaryotes
-With exception of a few cells, almost each human cell contains two copies of each chromosome, one
inherited from the father and one from the mother
www.notesolution.com 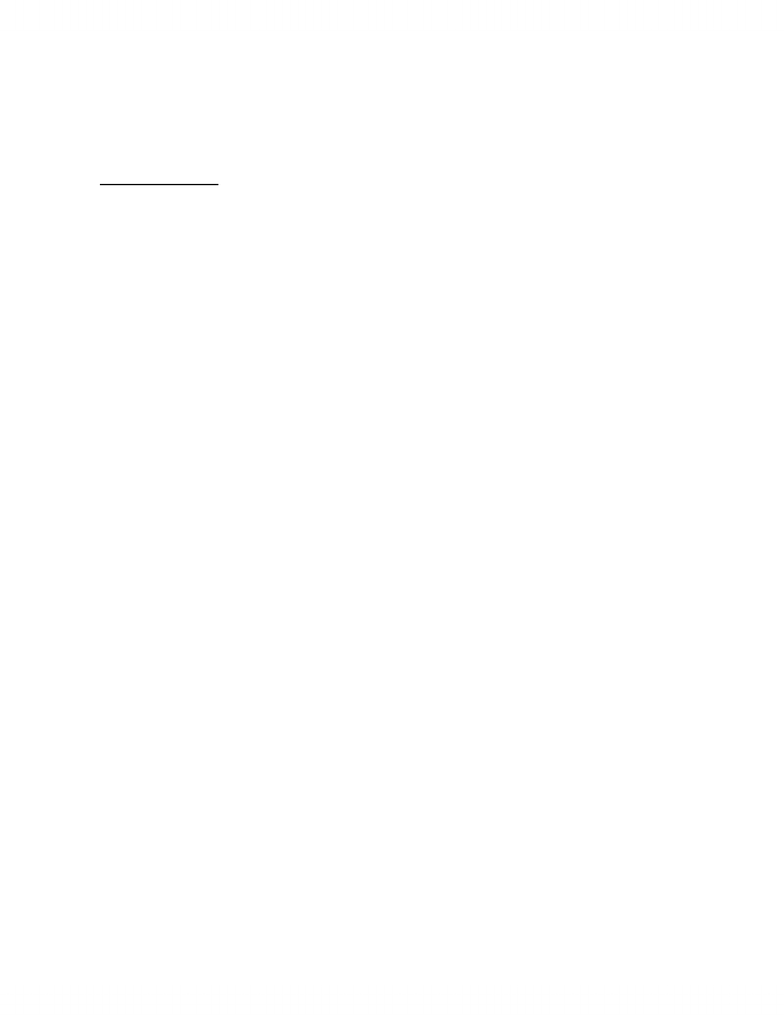 -Homologous chromosomes are maternal and paternal copies of a particular chromosome in the
diploid cell
oThe only nonhomologous chromosomes are the sex chromosomes in males
oEach human cell: 46 chromosomes, 22 pairs and the 2 sex chromosomes
-DNA hybridization is a technique in which a labeled nucleic acid strand serves as a “probe” that
localizes a complementary strand
oUsed to distinguish chromosomes by painting them different colors
oPainting is typically done during the mitosis stage of the cell cycle, chromosomes at this stage
are esp compacted and easy to visualize
oAnother way to distinguish between chromosomes is to stain them with dyes that produce
patterns of bands along each mitotic chromosome
oThe patterns are unique to each chromosome
-Karyotype is the display of the 46 human chromosomes at mitosis
-If parts of chromosomes are switched, the changes in branding patterns or coloring will detect the
change
-Cytogeneticists use these tools to detect chromosomal abnormalities that are associated with inherent
defects, as well as characterizes cancers that are associated with specific chromosomal
rearrangements in somatic cells
2. Chromosomes contain long strings of genes
-Chromosomes carry genes, gene is a segment of DNA that contains the instructions for making a PR
(or a set of closely related PRs)
-Several % of genes produce RNA molecule as their final product
-Like PRs, RNAs perform a diverse set of structural and catalytic functions in the cell
-There is some correlation between complexity and the number of genes
-Bacteria and single celled eucaryotes have especially concise genome sequences, the DNA molecules
that make up their chromosomes are little more than stings of closely packed genes
-Many eucaryotes, in addition to genes carry a large excess of interspersed DNA that does not seem to
carry any critical information
-Some of this DNA is crucial for proper expression of certain genes
-Because of the differences of the excess DNA even similar organisms can vastly vary in the amount of
DNA they have, even though they contain roughly the same amount of genes
-Whatever the excess DNA does, it does not seem to be a handicap for eucaryotes
-How the genome is divided into chromosomes differs from organism to organism
www.notesolution.com 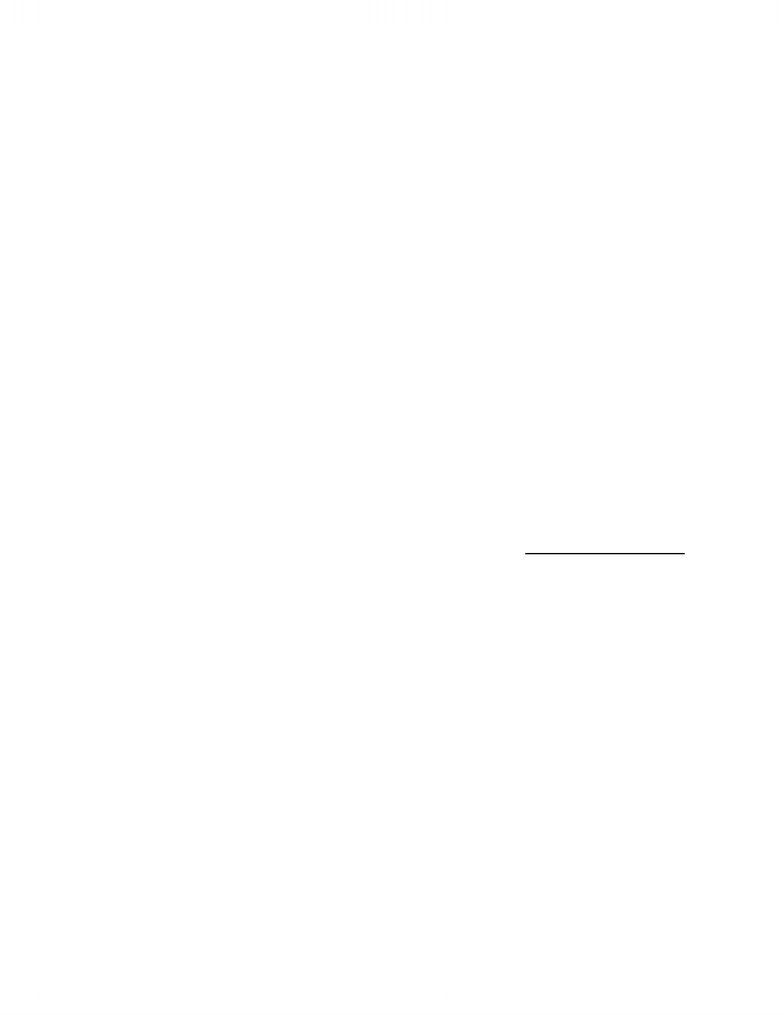 -Even closely related species with similar genome sizes can have different number and sizes of
chromosomes
-These is no simple number between chromosome number and complexity
-Genomes and chromosomes of modern day species have been shaped by unique history of seemingly
random genetic events, acts upon by selection pressures over the course of the evolution
3. The nucleotide sequence of the human genome shows how out genes are arranged
-(1) One of the striking features of the human genome is how little of it codes for proteins
-Much of the DNA is made up of short, mobile pieces of DNA called transposable elements, which
have inserted them into the chromosome over course of evolution
-(2) Human genes are on average very large (27 000 nucleotide pairs)
oOnly about 1300 nucleotide pairs are required to encode an average gene
oThe remaining DNA is noncoding, which interrupts short segments that do code
oExons are the coding DNA
oIntrons are the noncoding (intervening) DNA
oMajority of human genes are long stretches of exons and introns, introns being the majority
oThose with concise genomes lack introns, smaller sized genes, and a much higher fraction of
coding DNA
oIn addition to exons and introns, each gene is associated with regulatory DNA sequence,
which ensure that genes are turned off and on at proper times, expressed at the appropriate
level and only in the correct type of the cell
oIn human, regulatory sequences are spread over tens of thousands of nucleotide pairs
-(3) The nucleotide sequence needs to produce humans is in an alarming state of disarray  virtually
nothing gets discarded and the few patently valuable items are indiscriminately scattered throughout
4. Genome comparison reveal evolutionary conserved DNA sequences
-The interpretation of the nucleotide sequence is hindered by the fact that there is so much “junk”
DNA and so little coding DNA
-Difficult to determine where gene starts and ends
-Research approach that helps to interpret the DNA code is based on the observation that sequences
that have a functional relevance are relatively conserved during evolution, while those without critical
function are free to mutate
-This strategy compared the human genome to other related genomes, example a mouse
-Human and mice diverged long enough for the majority of the nucleotides in their genomes to be
changed by random mutation
www.notesolution.com

Chapter four: dna, chromosomes, and genomes (pp 195-263) Chromosomal dna and its packaging in the chromatic fiber. Dna"s most important function is to carry genes, including the information"s about when, in what type of a cell and in what quantity proteins and rna molecules are to be made. Genomes of eukaryotes are divided into chromosomes. There is a specialized dna sequences that are required for a chromosome to be accurately duplicated and passed on from one generation to the next. Dna packaging  if all the dna was laid out end to end it would reach approximately 2 meters. Dna packaging is done by specialized proteins that bind to and fold the dna. This generates a series of coils and loops that provide increasingly higher levels of organization, preventing dna from becoming an unmanageable tangle. In eucaryotes the dna in the nucleus is divided between a set of different chromosomes.