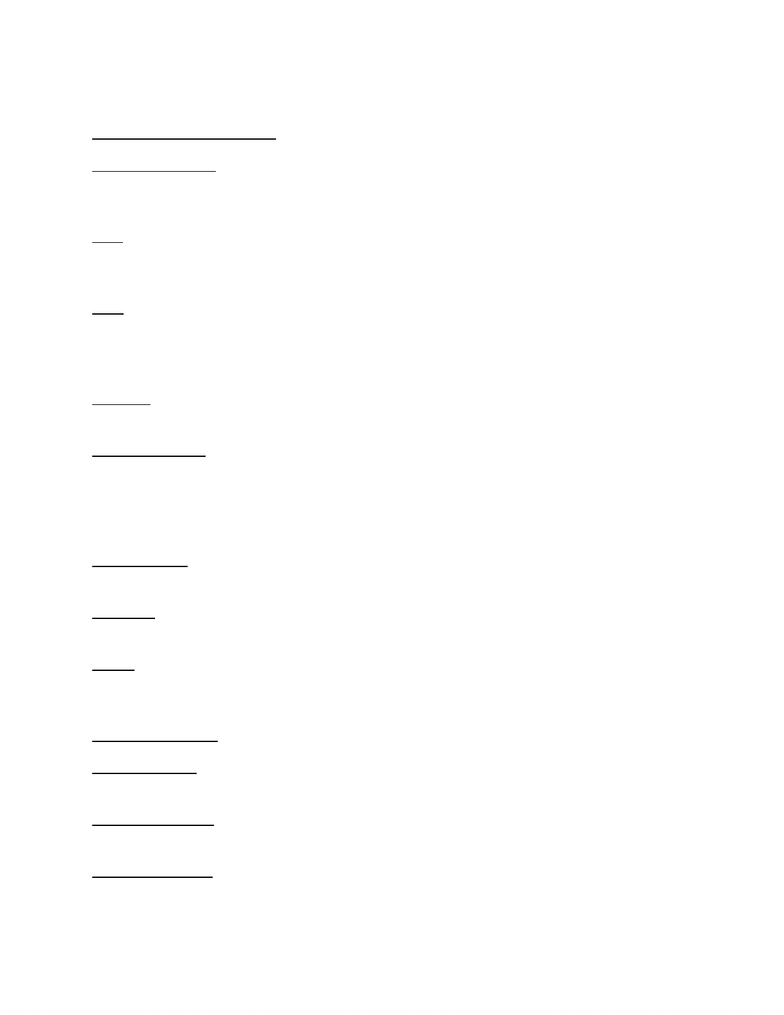 Psychology – Terms/concepts
Themes of psychological science
Psychological science: The study of mind, brain and behaviour. (1) It is cumulative, (2) A biological
evolution has been energizing psychological research, (3) Influenced by evolutionary theory/ the mind is
adaptive, (4) Focus on the same problem but at different levels of analysis.
Mind: refers to mental activity, such as your thoughts and feelings. Result from biological process from
the brain. “The mind is what the brain does”. Many accumulative evidence indicates that the human mind
is adaptive in both biological terms and cultural terms.
Brain: refers to activity of the nerve cells and is associated with chemical reaction. It works trough the
actions of chemicals known as neurotransmitters which communicate messages between nerve cells. This
has provided many new insights into mental activity and behaviour, also used to help people with various
psychological disorders.
Behaviour: used to describe a wide variety of action, from the subtle to the complex that occurs in
organisms.
Evolutionary theory: in psychological science, a theory that emphasizes the inherited, adaptive value of
behaviour and mental activities throughout the entire history of a species. It describes the brain as an
organ that has evolved over millions of years to solve problems related to survival and reproduction. It
suggest that we must seek to understand the challenges that faced our early ancestors to understand much
of our current behaviour
Natural selection: is Darwin’s theory that does who inherit characteristics that help them adapt to their
particular environment have a selective advantage over those who do not.
Adaptation: in evolutionary theory, the physical characteristic, skills, or abilities that increase the chance
of reproduction or survival and are therefore likely to be passed along future generations.
Culture: the beliefs, values, and customs that exists within a group of people who share a common
language and environment and are transmitted trough learning from one generation to the next. The
cultures in which we live shape many aspects of daily life.
Categories of analysis
The social aspect: involves an examination of how cultural and social context influences the way people
interact and influence each other. (Cultural and interpersonal)
The individual aspect: concerns individual differences in personality and mental processes that concern
how we perceive and know our worlds. (Individual differences, perception and cognition, behaviour)
The biological aspect: deals with how the physical body contributes to mind and behaviour, such as the
neurochemical and genetic processes that occur with the body and brain. (Brain systems, neurochemical,
genetic)
www.notesolution.com
Unlock document 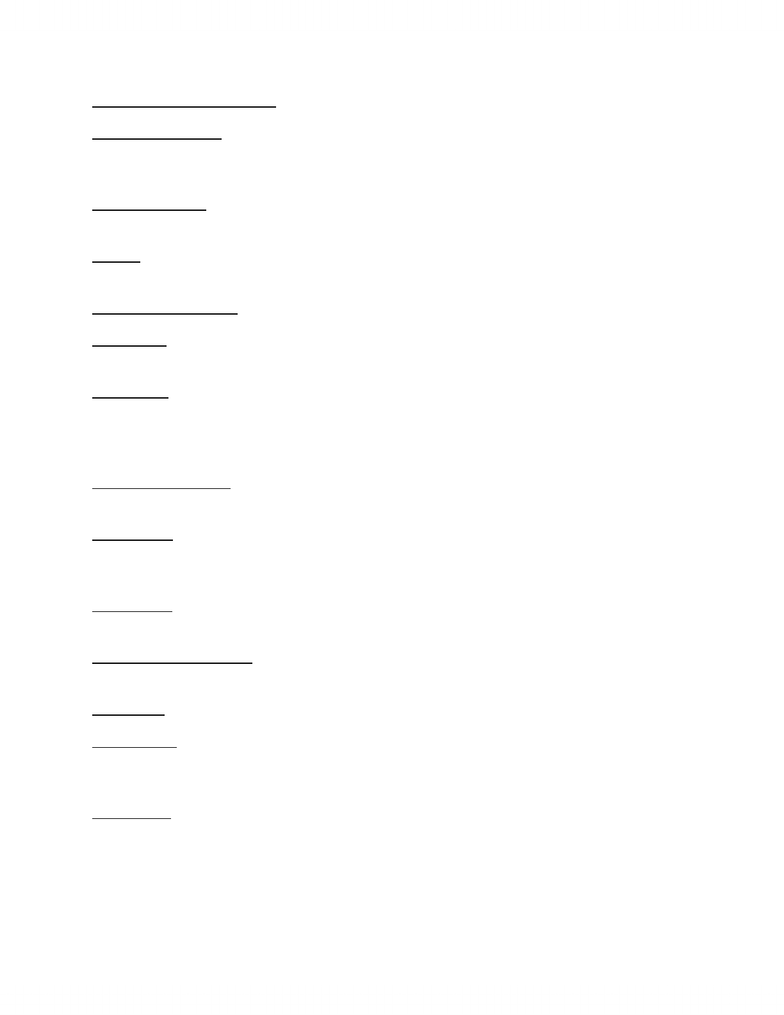 Origins of psychological science
Nature-nurture debates: the arguments concerning whether psychological characteristic are biologically
innate or acquired through education, experience, and culture. It is now widely recognized that both
nature and nurture are important, they are tightly interwoven and inseparable.
Mind-body problem: a fundamental psychological issue that considers whether mind and body are
separate and distinct or whether the mind is simply the subjective experience of the physical brain.
Dualism: the philosophical idea that the mind exists separately from the physical body. The mind and
body are separate yet intertwined.
Foundation of psychology
Introspection: a systematic examination of subjective mental experiences that requires people to inspect
and report on the content of their thoughts. Used in the development of the new school of structuralism
Structuralism: an approach to psychology based on the idea that conscious experience can be broken
down into basic underlying components or elements. By understanding the basic elements of
consciousness it would provide the scientific basis for understanding the mind. The problem with this
approach is that experience is subjective.
Stream of consciousness: the mind could not be broken down into elements; it is a system of continuous
series of thoughts that are ever-changing. Ideology used for the school of functionalism.
Functionalism: an approach to psychology concerned with the adaptive purpose, or function, of mind and
behaviour. It was more concerned with how the mind operates than with what the mind contains. It led to
criticism that this method was not sufficiently rigorous.
Gestalt theory: a theory based on the idea that the whole of personal experience is different from simply
the sum of its constituent elements, or the whole is different from the sum of its parts.
Phenomenological approach: unstructured reporting of subjective experience. The mind perceives the
world in an organized fashion that cannot be broken down into its constituent elements
Unconscious: a term that identifies mental processes that operate below the level of conscious awareness
Psychoanalysis: a method developed by Sigmund Freud that attempts to content of the unconscious into
conscious awareness so that conflict can be revealed. It uses methods of dream analysis and free
association.
Behaviourism: a psychological approaches that emphasis the role of environmental forces in producing
behaviour. Environmental stimuli can predict behavioural responses, also repeated behaviour is influenced
by consequences of reward/punishment. Many of the principles established by behaviourists continue to
be viewed as critical to understanding the mind, brain, and behaviour.
www.notesolution.com
Unlock document 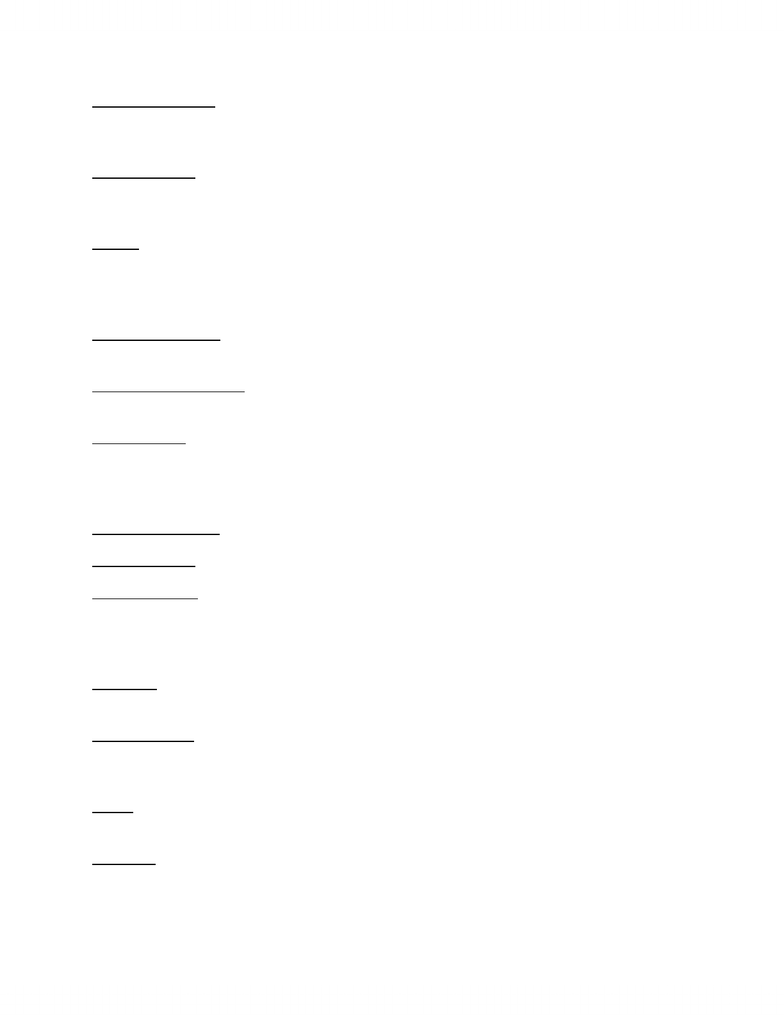 Cognitive psychology: concerned with higher-order mental functions, such a intelligence, thinking,
language, memory and decision making. It has shown that the way people think about things influences
their behaviour. The brain is compared to a computer.
Social psychology: researches topics such as authority, obedience, and group behaviour. It focuses on the
power of situation and how people are shaped through their interactions with others. It shows that almost
all people are influenced by social situations.
Therapy: humanistic approach (stressed how people can come to know and accept themselves in order to
reach their unique potentials/ used specific ways of questioning and listening during therapy),
behaviourism approach (led therapists to recognize the important role of thought processes in mental
disorders), cognitive approach ( focuses on correcting faulty cognition)
Psychological scientist: one who uses the methods of science to study the interplay between brain, mind,
and behaviour and how the social environment affects these processes.
Psychological practitioners: those who apply findings from psychological science in order to assist people
in their daily lives.
Critical thinking: a systematic ways of evaluating information in order to reach reasonable conclusions.
This involves considering alternatives explanations, looking for holes in evidence, and using logic and
reasoning to see whether the information makes sense. A key aspect of critical thinking is maintaining
scepticism.
Research methodology
Scientific Inquiry: fully understanding a phenomenon at many different levels of analysis.
Scientific methods: is an objective examination of natural world. It has four basic goals which correspond
to describing what happens (this stage lead us to make observations in systematic functions), when it
happens (prediction), what causes it to happen (scientist seek cause-effect relationship between variables,
causal control) and why it happens (explanation by examining at different levels of analysis).
Replication: involves other researches to repeat and confirm the result of earlier studies. This help build
the principal of psychological science.
Empirical process: reflect a cyclical relationship between a theory, testable hypotheses derived from the
theory, research conducted to test the hypotheses, and adjustments to the theory as finding prompt re-
evaluation.
Theory: a model of interconnected idea and concepts that explains what is observed and makes
predictions about future events. A good theory is one that produces a wide variety of testable hypotheses.
Hypothesis: a specific prediction of what should be observed in the world of a theory is correct. It serves
as a direct test of the theory.
www.notesolution.com
Unlock document