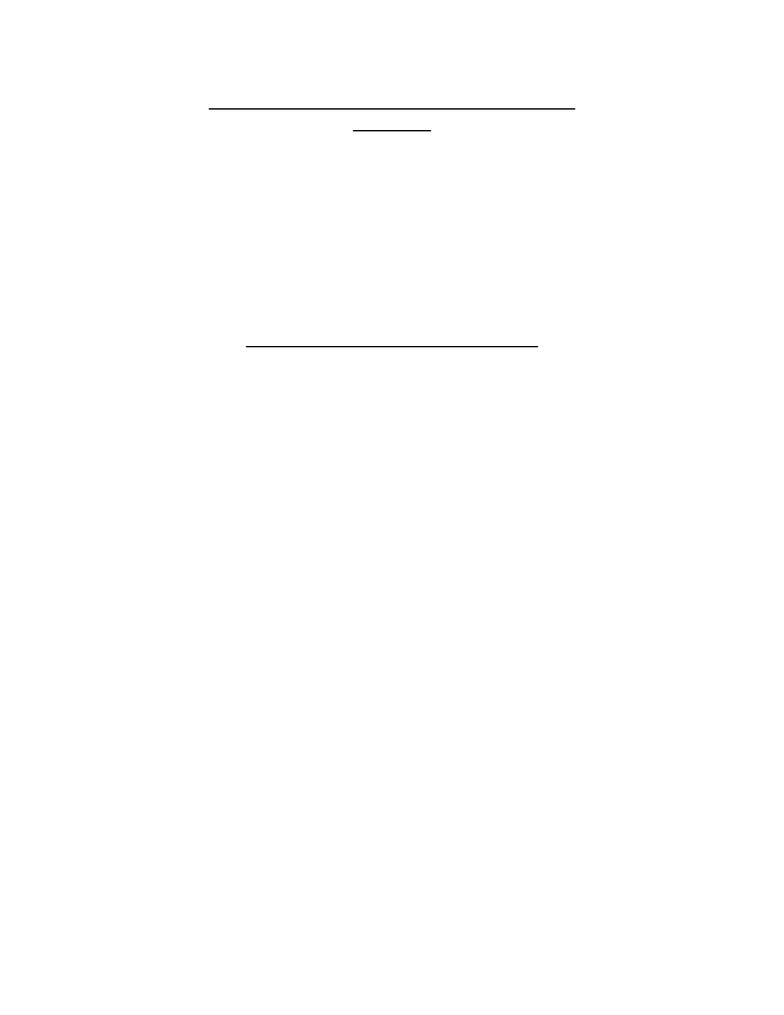 Term Test 1 Study Notes
CHAPTER 1: INTRODUCTION TO PSYCHOLOGICAL SCIENCE
Introduction
- The goal of psychology today is to understand people by considering both individual factors,
µZZ}Á}v[]v}]v(}u]}v}µ}ZUv}vÆµo(}UµZ
as how societal beliefs shape how we behave toward those other people
- Psychological science is the study of mind, brain and behavior
o Mind Æ mental activity Æ thoughts and feelings
o Mental activity is the results of biological processes within the brain, such as the action
of nerve cells and chemical reaction
o Behavior --< wide variety of actions from the subtle to most complex
What are the themes of psychological science?
- The principles of psychological science are cumulative
o Knowledge accumulates based on systematic study of questions raised by what is
already known
o relies on empirical evidence and builds on previous discoveries in a dynamic way
- A new biological revolution is energizing Research
o discoveries in brain activity have been enhanced by the discoveries of
neurotransmitters.
o Mapping of the human genome has furthered the role of genetics in analyzing disease
and behavior
o Tremendous advances in brain imaging have revealed the working brain.
- The mind is adaptive
o the brain has evolved to solve survival problems and adapt to environments. Many
modern behaviors are by-products of adaptationÆevolutionary theory Æ theory in
which the inherited adaptive value of behavior and mental activity throughout the
entire history of a specie
o Culture provides adaptive solutionsvdevelopes a strong framework for a shared social
understanding of how the world works
 Culture Æ beliefs, values, rules and customs that exist within a group of people
who share a common language and environment and that are transmitted
through learning from one generation to the next
o Solving adaptive problems
 Evolutionary theory Æ solutions to these adaptive problems are built into the
brain and therefore require no special training Æ XPX]v(v[(}(Z]PZ
- Psychological science crosses levels of analysis
o Socialvculture and interpersonal behaviour
o Individualvpersonality, perception and cognition
o Biologicalvbrain systems, neurochemistry, genetics
www.notesolution.com 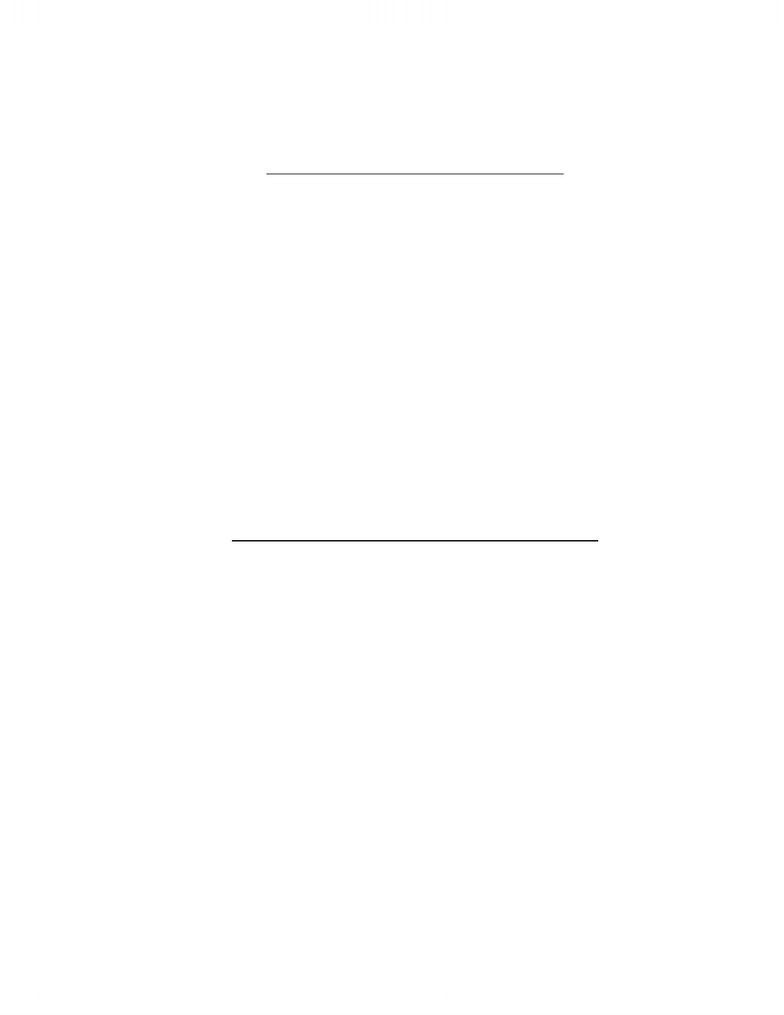 Term Test 1 Study Notes
What are the Intellectual origins of psychology?
- Nature-nurture debate
o Whether psychological characteristics are biologically innate or acquired through
education, experience, and culture
 i.e. mental disorders are a result of both environmental circumstances and
heritable genes; same with posttraumatic stress disorder
- mind-body problem
o whether mind and body are separate and distinct or whether the mind is simply the
subjective experience of the physical brain
o Leonardo da Vinci concluded that there is one location of the brain that is the home of
thought and judgementvsensus communis
o Rene Descartes thought the mind and body were separate yet intertwinedvdualism
 Mind could affect the body, the body could also affect the mind
- Evolutionary theory
o Natural selectionvrandom mutations that are adaptive are passed along and mutations
that kinder reproduction are not
How did the scientific Foundations of psychology develop?
- Structuralism
o 1879: Wilhelm Wundt: established first psychology laboratory and institute in Leipzig
x Regarded as the founder of experimental psychology as an academic
discipline
o Based on the idea that conscious experience can be broken down into its basic
underlying components or elements
o Introspectionva systematic examination of subjective mental experiences that
required people to inspect and report on the content of their thoughts
 This method was used by Edward Titchener, but rejected by Wundt
- Functionalism
o Concerned with the function of mind and behavior, and not its structures
o William James
o Stream of consciousnessv]}v[}v]vµ}µ]}(ever-changing thoughts
- The unconscious
o Mental processes that operate low below the level of conscious awareness
o Sigmund Freud
www.notesolution.com 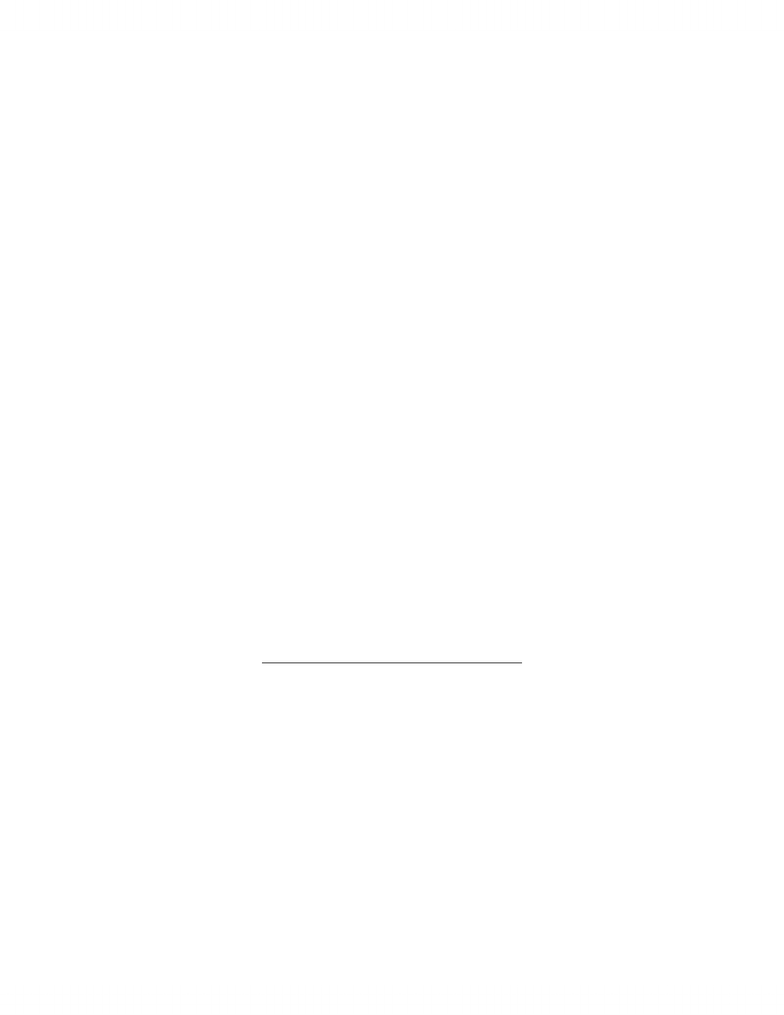 Term Test 1 Study Notes
o Psychoanalysisva method to attempt bringing the contents of the unconscious into
conscious awareness so that conflicts can be revealed
- Behaviourism
o Emphasizes the role of environmental forces of producing behavior
o Johb B. WatsonÆinfluenced by Ivan Pavlov
 But B.F Skinner became famous for it
x Believed mental states were noting more than an illusion
 Claimed the study of the mind was too subjective and therefore unscientific
- Cognitive revolution psychology
o George A. Miller
o Concerned with higher-order mental functions, such as intelligence, thinking, language,
decision making
o Gestalt psychology Æ a theory based on the idea that the whole of personal experience
is different from simply the sum of its constituent elements
o Gestalt psychology[s patterns and context in learning: the assertion that the whole
experience is different from the sum of its parts led to an approach emphasizing the
subjective experience of perception.
- Social psychology
o Focuses on the power of situation and how people are shaped through their interactions
with others
- Psychological therapy
o Humanistic approach lead by Carl Rogers and Abraham Maslow
 People can come to know and accept themselves in order to reach their unique
potentials
o No universal treatment of disorders
How can we Apply Psychological Science?
- Psychological scientistvone who uses the methods of science to study the interplay between
brain, mind, and behavior and how the social environment affects these processe
- Psychological practiontionersvapply findings from psychological science in order to assist
people with their daily lives
- Social psychologistsvinfluences that other situations and people have on how we act, think,
and feel
- Personality psychologistsvinterested in individual preferences
- Developemental psychologistsvaddress changes in mind and behavior over the life span
- Congnitive psychologyvconcerned with the mental processes such as thinking, perceiving,
remembering, and decision making
- Cognitive neurosciencevthe brain systems involved in learning
www.notesolution.com

The goal of psychology today is to understand people by considering both individual factors, z7z as how societal beliefs shape how we behave toward those other people. The principles of psychological science are cumulative: knowledge accumulates based on systematic study of questions raised by what is already known, relies on empirical evidence and builds on previous discoveries in a dynamic way. The mind is adaptive: the brain has evolved to solve survival problems and adapt to environments. S culture  beliefs, values, rules and customs that exist within a group of people who share a common language and environment and that are transmitted through learning from one generation to the next: solving adaptive problems. S evolutionary theory  solutions to these adaptive problems are built into the brain and therefore require no special training  :2:ll z2 . Psychological science crosses levels of analysis: sociallculture and interpersonal behaviour, biologicallbrain systems, neurochemistry, genetics.