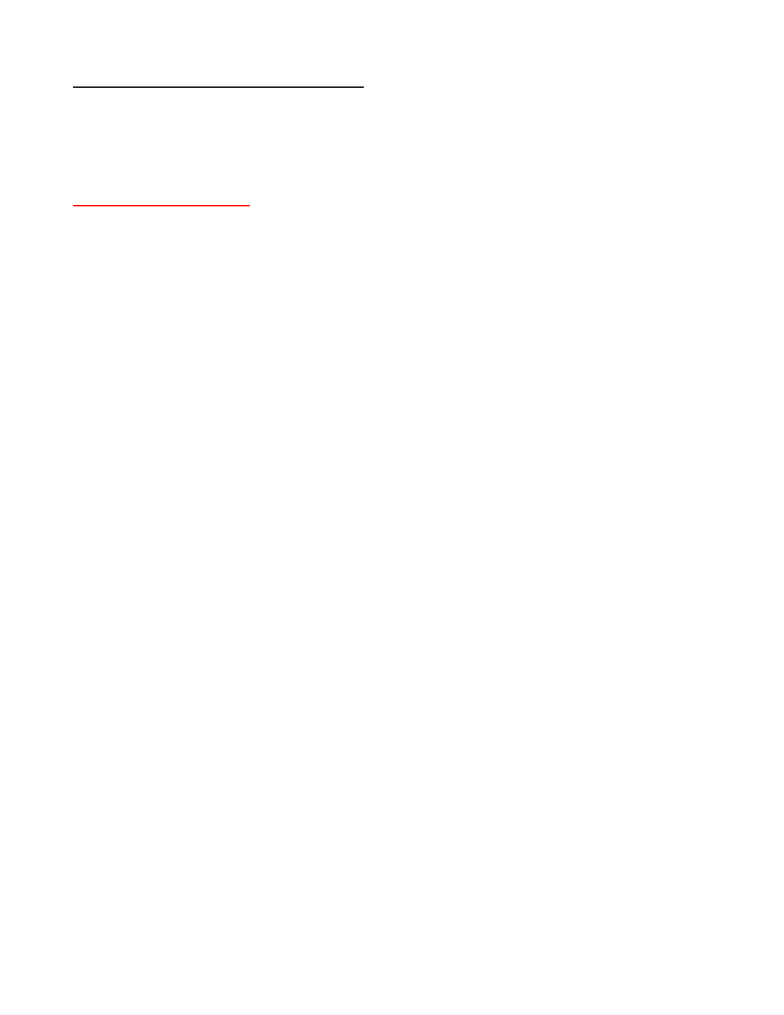 Chapter 14: Treating disorders of Mind and Body
-psychotherapy: the generic name given to formal psychological treatment
-biological therapy: treatment based on the medical approach to illness and disease
-both psychotherapy and biological therapies have proven to be beneficial to many of those who suffer from
mental illness
-a limitation of biological therapies is that although they are often effective in the short term, long term
success requires the person to continue treatment, sometimes indefinitely
How is Mental Ilness Treated?
Psychotherapy Is Based on Psychological Principles
-psychotherapy is generally aimed at changing patterns of thought or behavior, though the ways in which such
changes are effected can differ dramatically
Psychodynamic Therapy focuses on Insight
-Sigmund Freud:mental disorders were caused by prior experiences, particularly early traumatic experiences
-psychoanalysis which is treatment based on uncovering unconscious feelings and behavior.
-free association in which the patient says whatever comes to mind
-dream analysis in which the therapist interprets the hidden meaning of dreams
-the general goal of psychoanalysis is to increase patients’ awareness of these unconscious processes and how
they affect daily functioning.
-insight, or personal understanding of their own psychological processes, patients are freed from these
unconscious influences, and symptoms disappear.
Humanistic Therapies Focus on the Whole Person
-the goal of humanistic therapy is to treat the person as a whole, not as a collection of behaviors or a
repository of repressed and unconscious thoughts
-client-centered therapy: Carl Rogers – which encourages people to fulfill their individual potentials for
personal growth through greater self understanding
-create a safe and comforting setting for clients to access their true feelings
-use reflective listening, in which the therapist repeats the client’s concerns in order to help the person
clarify their feelings
-motivational interviewing, uses a client-centered approach over a ery short period of time (1 or 2 interviews)
Behavioral Therapy Focuses on Observable Behavior
-behavioral therapists see the behavior itself as the problem and directly target it in therapy
-behavior is learned and therefore can be unlearned using the principles of classical and operant conditioning
-Behavior Modification, based on operant conditiong, rewards desired behaviors and ignores or punishes
unwanted behaviors.
-social skills training is an effective way to elicit desired behavior
-the first step is modeling, in which the therapist acts our appropriate behavior.
-the client is encouraged to imitate this behavior.
-an approach that integrates insight therapy with behavioral therapy is interpersonal therapy which focuses
on relationships that the patient attempts to avoid.
-behavioral therapies for phobia include exposure, in which the client is repeatedly exposed directly to the
anxiety producing stimulus or situation
-clients avoid the feared stimuli or situations, they experience reductions in anxiety that reinforce avoidance
behavior.
-repated exposure to a feared stimulus increases the client’s anxiety, but if the client is not permitted to
avoid the stimulus, the avoidance response is eventually extinguished.
-systematic desensitization uses relaxation techniques to allow the client to imagine anxiety producing
situations while maintaining relaxation.
Cognitive-Behavioral Therapy Focuses on Faulty Cognitions
-cognitive therapy is based on the theory that distorted thoughts can produce maladaptive behaviors and
emotions
-cognitive restructuring, in which clinicians help their patients recognize maladaptive thought patterns and
replace them with ways of viewing the world that are more in tune with reality
www.notesolution.com
Unlock document

-Albert Ellis, rational emotive therapy, in which therapists act as teachers who explain and demonstrate more
adaptive ways of thinking and behaving
-cognitive behavioral therapy which incorporates techniques from behavioral therapy and cognitive therapy
Group Therapy Builds Social Support
-therapists realized that group therapy offers advantages that make it preferable to individual therapy in
some instances
-the group setting provides opportunity for members to improve their social skills and to learn from each
others’ experiences
-this type of group has been effective for disorders such as bulimia and OCD.
-the social support that group members can provide each other is one of the most beneficial aspects of group
therapy, and attendance at group therapy is often used to augment individual psychotherapy
Family therapy Focuses on the Family Context
-according to a systems approach, an individual is part of a larger context, and any change in individual
behavior will affect the whole system
-family members can have a tremendous impact on client outcomes
-the importance of the family to the long-term prognosis of schizophrenia pateitns has been documented in
studies of the attitudes expressed by family members toward the patient
-negative expressed emotion includes making critical comments about the patient, being hostile toward them,
or emotionally overinvolved.
-correspond to the relapse rate for patients with schizophrenia
-because family attitudes are often critical to long0term prognoses, some therapists insist that family
members be involved in therapy
Biological Therapies Are Necessary for Some Disorders
-biological therapies are based on the notion that mental illness results from abnormalities in neural and
bodily processes, such as imbalances in specific neurotransmitters or malfunctions in certain brain regions
-drugs have prove to be quite effective for treating many mental disorders.
-those that act on the brain to affect !"# processes are known as psychotropic medications.
-anti anxiety drugs, commonly called tranquilizers, are used for the short-term treatment of anxiety
-a second class is the antidepressants, which are used to treat depression
-MAO inhibitors were the first antidepressants to be discovered.
-an enzyme that converts serotonin into another chemical form
-MAO inhibitors therefore result in more serotonin being available in the synapses of the brain
-raise levels of norepinephrine and dopamine
-Antipsychotics are used to treat schizophrenia and other disorders that involve psychosis
-traditional antipsychotics bind to dopamine receptors without activating them, which blocks the effects of
dopamine
-antipsychotics aren’t always effective and have significant side effects that can be irreversible such as
tardive dyskinesia, the involuntary twitching of muscles, especially in the neck and face
-clozapine, acts not only on dopamine receptors but also on serotonin, norepinephrine, acetylcholine, and
histamine.
Common Factors Enhance Treatment
Evaluating the Effectiveness of Therapy
-the majority of respondents felt that intervention had helped them, and those who sought help from mental
health professionals reported more positive results than those who consulted with a family doctor
-patients whose choice of therapists or duration of treatment were limited for insurance reasons had the
poorest outcome
-their experiences with treatment for anxiety and mood disorders.
-two notable finding emerged
1) many more people received drugs in 2004 compared to 1994
2) those who received both drugs and psychotherapy reported the best outcomes, followed by those receiving
only psychotherapy and then those receiving only drugs.
-the conclusion from this study was that therapy helps but the type does not matter
www.notesolution.com
Unlock document 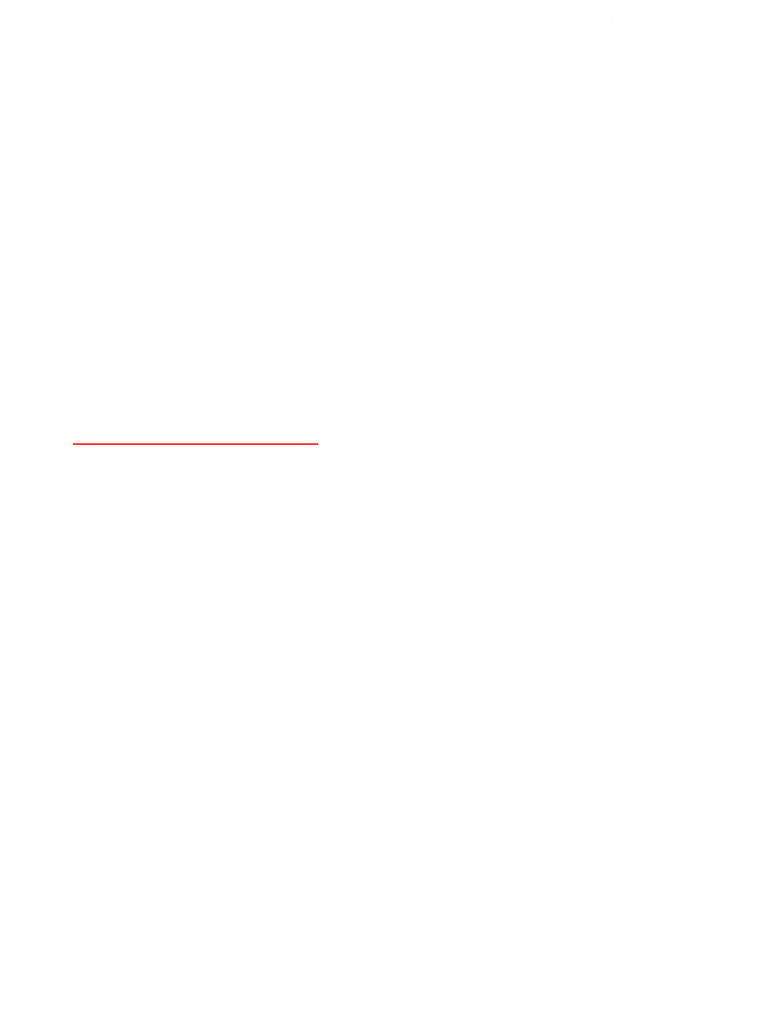 -regardless of the type of therapy they had undergone, the responses all focused on the same factors: the
insight gained into the problem, the relationship with the therapist the opportunity to vent emotions, and the
development of self-confidence.
-surprisingly, it was found that who performed the therapy was more important than the type of therapy
-although the effectiveness of these treatments is not due simply to the qualities of the therapist, common
factors in therapy might facilitate positive outcomes regardless of the type of therapy used.
A Caring Therapist
-one factor known to affect the outcome of therapy is the relationships between the therapist and patient.
-a good relationship with a service provider is important for any aspect of physical or mental health.
Confession is Good for the Spirit
-catharsis to describe the way certain messages evoke powerful emotional reactions and subsequent relief
-freud believed that uncovering unconscious material and talking about it would bring about catharsis and
therefore relief from symptoms
-James Pennebaker, find that when people reveal intimate and highly emotional material, they go into an
almost trancelike state.
-there is evidence that writing about emotional events improves immune function, including the immune
function of those with HIV.
-confessional therapies has shown that they can lead to better performance in work and school and improved
memory and cognition.
-the opportunity to talk about troubling events may help clients reinterpret the vents in less threatening ways,
which is a central component of many cognitive therapies.
What are the Most Effective Treatments?
-indicates that some treatments have empirical support for use with specific disorders and other do not
-the scientific study of treatment indicates that although some mental disorders are quite easily treated,
others are not.
-this reflects the increasing importance of evidence-based treatments in medicine
-psychological treatments of distinguish evidence-based treatment from more generic talk psychotherapy
-according to Barlow three features characterize psychological treatments.
1) they vary according to the particular mental disorder
0treatments should be tailored specifically to the specific psycholgocial symptoms of a client
2) the techniques used in these treatments have been developed in the laboratory by psychological scientists,
especially behavioral, cognitive, and social psychologists.
3) no overall grand theory guides treatment, but rather it is based on evidence of its effectiveness.
Treatments That Focus on Behavior and Cognition Are Superior for Anxiety Disorders
-psychoanalytic theory did not prove useful for treating anxiety disorders
-cognitive and behavioral techniques work best to treat most anxiety disorders
-the use of anxiety reducing drugs is also beneficial in some case
Specific Phobias
-learning theory suggest that these fears are acquired either through experiencing a traumatic personal
encounter or by observing similar fear in others.
-most phobias seem to develop in the absence of any particular precipitating event
-behavioral techniques are the treatment of choice
-the theory behind this techniques is that the relaxation response competes with ane eventually replaces the
previously exhibited fear response.
-some cognitive strategies have also proven useful.
-brain imaging data indicate that successful treatment with cognitive behavioral therapy alters how the fear
stimulus is processed in the brain
-those whose treatment had been successful showed decreased activation in a frontal brain region involved in
emotion regulation
-tranquilizers can help people handle immediate fear.
Panic Disorder
www.notesolution.com
Unlock document

Chapter 14: treating disorders of mind and body. Psychotherapy: the generic name given to formal psychological treatment. Biological therapy: treatment based on the medical approach to illness and disease. Both psychotherapy and biological therapies have proven to be beneficial to many of those who suffer from mental illness. A limitation of biological therapies is that although they are often effective in the short term, long term success requires the person to continue treatment, sometimes indefinitely. Psychotherapy is generally aimed at changing patterns of thought or behavior, though the ways in which such changes are effected can differ dramatically. Sigmund freud:mental disorders were caused by prior experiences, particularly early traumatic experiences. Psychoanalysis which is treatment based on uncovering unconscious feelings and behavior. Free association in which the patient says whatever comes to mind. Dream analysis in which the therapist interprets the hidden meaning of dreams.