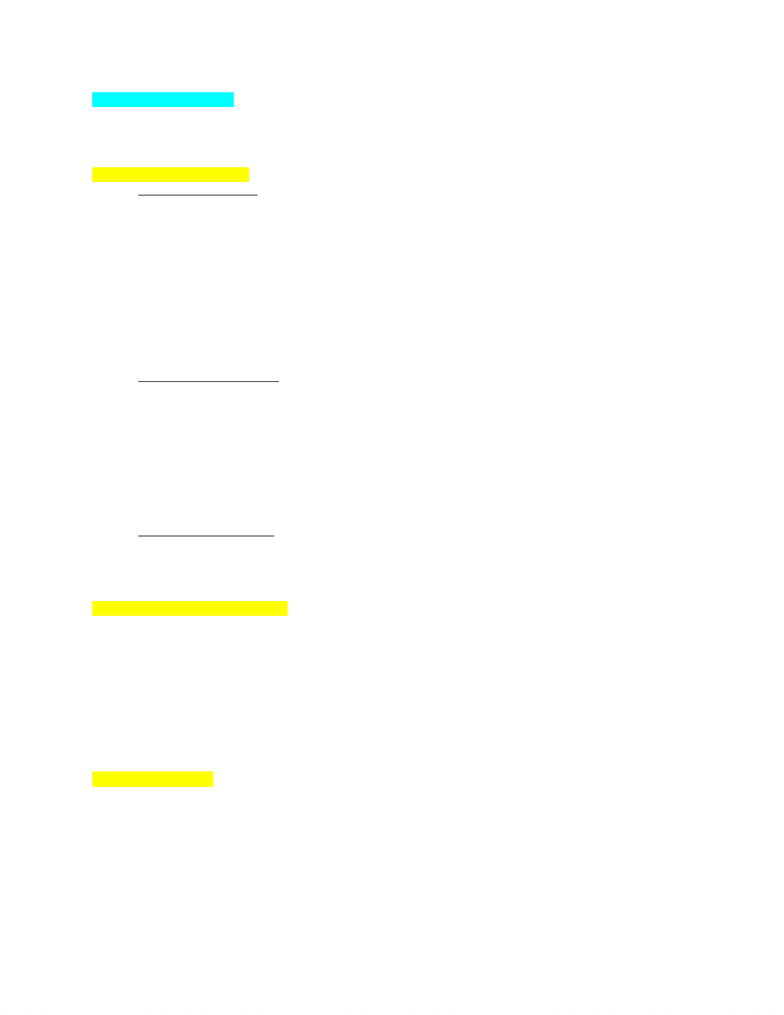 Chapter7 – Memory
Memory: capacity of the NS to acquire and retain usable skills and knowledge, allowing living
organisms to benefit from experience
H.M: unable to form long-term memories, able to remember everything before the surgery,
can learn motor tasks but be unaware of it.
Modal memory model:
-Sensory memory
ounattended info is lost
oshorted briefly in its original sensory form
otemporary sensory buffer
oGeorge Sperling experiment – 3 flashing rows of letters for brief moments, brief
periods of delay follow, and asking to recall. Only able to recall within 1/3
second, after which sensory-memory trace faded and was no longer accessible.
Iconic memory: visual sensory memory (persists for one-third of a
second)
Echoic memory: auditory sensory memory
•Through these two types of memories, we see the world as a
continuous stream
-Short-term memory
ounrehearsed info is lost
olimited-capacity memory system that holds info in awareness for a brief period
oimmediate memory: temporary buffer consists of our fleeting thoughts,
feelings and impressions of the world
ocan hold info for longer than about 20 seconds, it then disappears unless you
actively prevent that from happening by thinking about the info or rehearsing it
oComputer analogy is RAM, constantly replaced by new info, lost if not saved
oBy 18 seconds of counting backwards, people have poor recall for consonants.
Because of interference from previous items in STM
-Long-term memory
osome info may be lost over time
orelatively permanent storage of info
onearly limitless
ois distinct from STM memory in 2 ways: duration and capacity
Memory span and chunking
-STM limited to about 7 items (plus or minus 2, George Miller) called memory span.
oRecent work says four units
oVaries among individuals, some IQ tests use this as test of intelligence
-String of letters easier to remember when separated into meaningful words
oWhy?
1) Memory span is limited to 7 items, but items can be letters,
numbers, words or even concepts
2) Chucking – breaking info into meaningful bits easier to remember.
Chess players able to memorize scenarios
•Efficiency of chucking depends on long-term memory system
Working Memory
-An active processing system that keeps different types of info available for current use,
such as problem, solving, reasoning, and comprehension
STM is NOT a single storage system. It is an active processing unit deals with multiple types of
information such as sounds, images and ideas.
-3-part active system called working memory (Alan Baddeley) - keeps info available
for activities such as problem solving, reasoning, comprehension. e.g., HM can keep
track of a conversation as long as he’s actively involved in it.
-3 components: central executive, phonological loop, visuospatial stetchpad
Unlock document 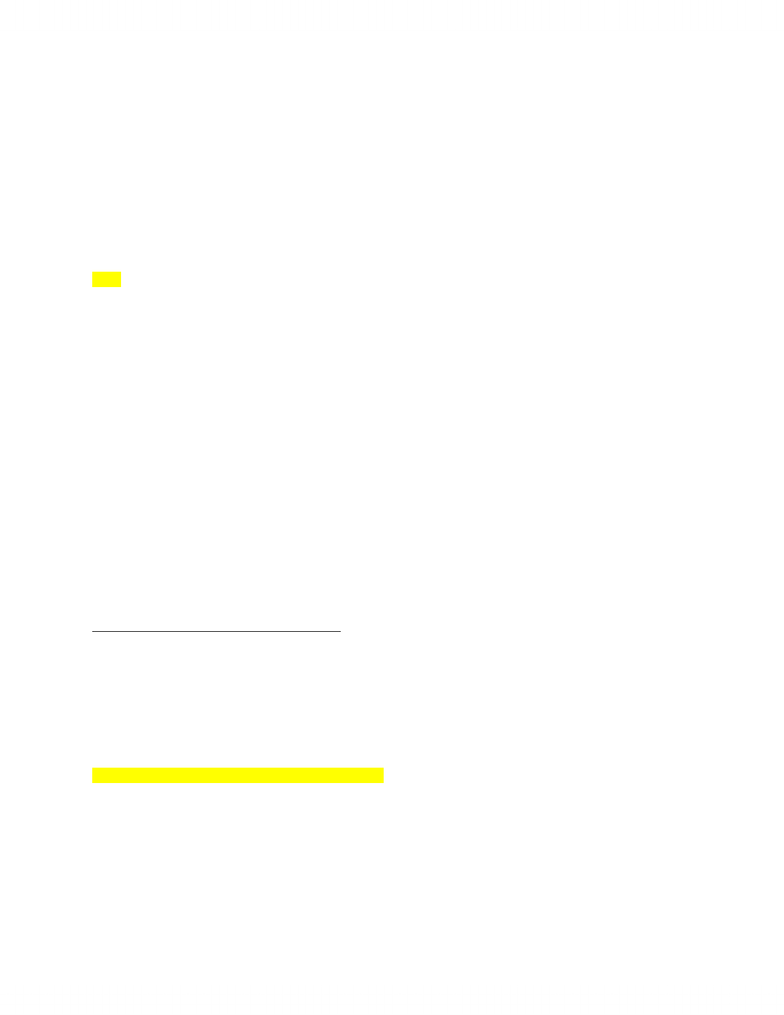 -Central executive – “the boss”, interactions between subsystems and LTM, encodes
info from sensory system and filters important info to be stored in LTM. Relies on two
subcomponents:
-Phonological loop - encodes auditory information. “inner voice”. Active when you
read, speak, or repeat words to yourself. Words are processed by sound not by
meaning. Experiment that people tend to make errors with consonants that sound alike
rather than look alike (G and T, rather than Q).
-these examples suggest that words are processed in working memory by how the
sound rather than by what they mean
-Visuospatial sketchpad - processes visual info. Features and location.
Because separate systems, people with brain damage might have difficulty remembering
spatial layouts but not words or vice versa.
LTM
-computer analogy: hard disk
-human LTM is limitless
LTM is different from STM in 2 ways: duration and capacity
-Different systems or not? Evidence came from research at individual level (recall long
lists of words)
-Ability to recall items on list depend on order of presentation, those presented early or
late better remembered than those in the middle called serial position effect
Divided into 2 different effects
1) Primacy effect: people remember items that were presented first because they
rehearsed them more and they went into LTM
2) Recency effect: most recent, last items are still fresh in the STM
SO primacy effect due to LTM, recency effect due to STM. Experiment: when delay between
presentation and recall task, interferes with recency effect, not primacy effect.
HOWEVER recency effect not entirely STM. Lasts longer (remember last class) and by itself
does NOT prove that STM and LTM are really different types of memory storage.
BEST support for distinction of STM and LTM? Biological level of analysis in case
studies such as H.M.
•His STM and LTM are intact, but is unable to transfer new info from STM into LTM.
•Other case, poor STM but ok LTM. Normal flow of info was getting into LTM.
So LTM can be dissociated from STM, but the two systems are highly interdependent.
Example: to chunk info in STM, need to form meaningful connections based on info stored in
LTM.
What gets into long-term memory?
1. Info enters permanent storage through rehearsal
Distributed practice is much better than massed practice (cramming). Overlearning
(rehearsing material you already know well) is recommended. Studying for shorter periods of
time but spreading study sessions out over several days or weeks is most efficient way to
learn.
2. Only meaningful information - info that can help us adapt to environment - can go into
LTM. To benefit from experience.
-Evolutionary theory explains how we decide in advance what info will be
useful.
What are the different memory systems?
Long-term memory is not a unitary system, its different systems encode and store different
types of information in different ways. e.g., ability to ride a bicycle and recite a story.
-In order to distinguish memory systems, important to know if reference being made is
PROCESS or CONTENT of memory.
-Most basic distinction is memories for which we consciously remember and use
information and those for which occurs without conscious effort.
Explicit memory (process of memory) - requires attention, remembering specific
information
-What you had for dinner, what the meaning of aardvark is, trying to recall
Unlock document 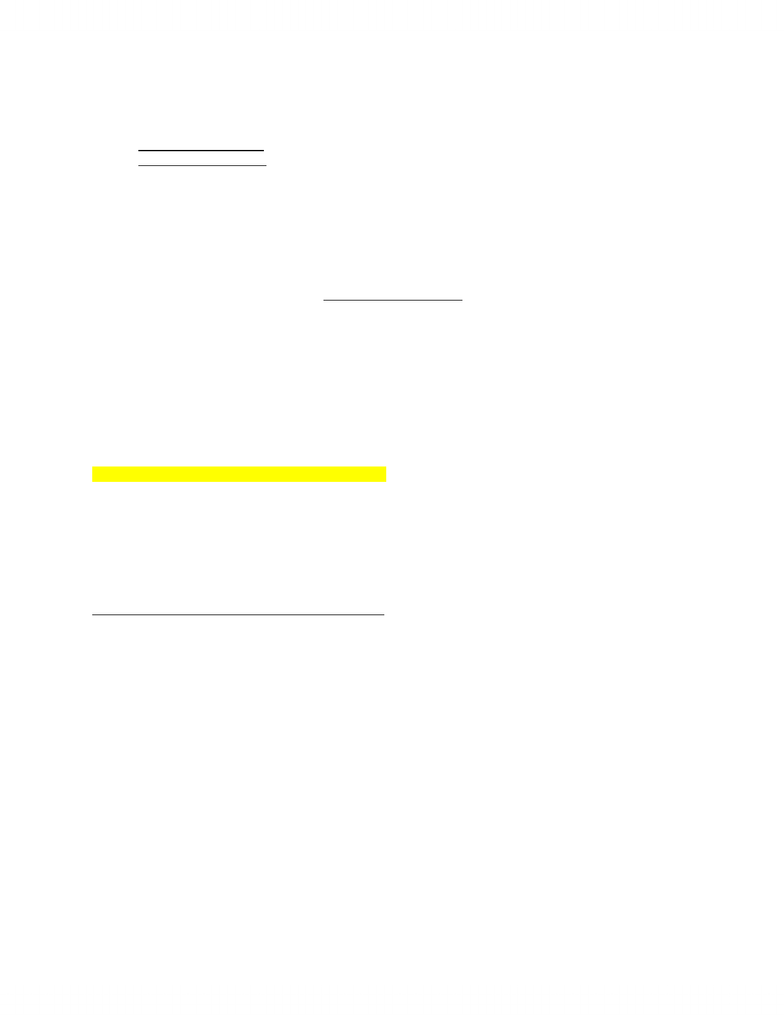 – info retrieved in explicit memory is declarative memory (content of memory).
-Words or concepts, visual images, or both.
Explicit memory split into TWO categories:
-Episodic memory - refers to one’s personal past experiences.
-Semantic memory - one’s knowledge of trivial or important facts independent of
personal experience.
One is independent of the other.
-Evidence found in cases of brain injury in which semantic memory is intact even
though episodic memory is impaired
-Capable of encoding and retrieving semantic info, but don’t remember how or when
they learned it
Implicit memory occurs without deliberate effort and automatically
-e.g., brushing your teeth. Experiencing fear when entering the dentist’s office.
-Example of implicit memory: Procedural memory (motor memory) – involves motor
skills and behavioural habits, e.g. muscle movements to ride a bike or following traffic
rules. Consciously thinking about automatic behaviors interferes with this.
-advertisers rely on IMPLICIT memory. Constant exposure to brand names makes us
more likely to think of them when we buy products.
-false fame effect - unconsciously remembering a name and thinking its famous
because of that.
-Implicit memory is involved in repetition priming - improvement in identifying or
processing a stimulus that has previously been experienced. Experiment: ask to count
letters in words. Then complete words. Most people recall words they were previously
exposed to even if they don’t remember them. This lasts even for many hours, show
implicit memory without explicit recall of the words.
Memory is stored in an organized fashion
LTM is a Temporal Sequence: involves storing new info so that it is available when it’s later
required. Divided into THREE processes:
-Encoding: perceptual experiences transformed into representations or codes.
Identifying mental representations. Processing of info so it can be stored
-Storage: retention of encoded representations over time and corresponds to some
changes in nervous system. Stored representations = memories
-Retrieval: act of recalling stored info to use it. Involved in both implicit and explicit
systems.
Long-term storage is based on meaning.
-Memories are stored by MEANING.
-According to levels of processing model, the more deeply an item is encoded, the more
meaning it has and the better it is remembered.
-Different types of rehearsal leads to different types of coding:
oMaintenance rehearsal: simply repeating item over and over again
oElaborative rehearsal - attaching meaning to info. Elaborate on basic info by
linking it to knowledge from LTM.
-Words that were processed at the deepest level (based on semantic meaning) were
remembered best. Semantic encoding activates more brain regions than shallow encoding.
-The more meaningful the chunks, the better they are remembered. How to chunk info depend
on previous organizational structures in LTM.
Schemas - hypothetical cognitive structures that help us perceive, organize, process and use
info.
-Based on past experiences and general knowledge about the world
-dangerous because of biases
-influence which info is stored in memory
-altering “reality”
-helping us make sense of things based on schemas e.g., laundry story
Aristotle: things that go naturally together are linked together in storage.
-Networks of associations: links between semantically related items
Unlock document