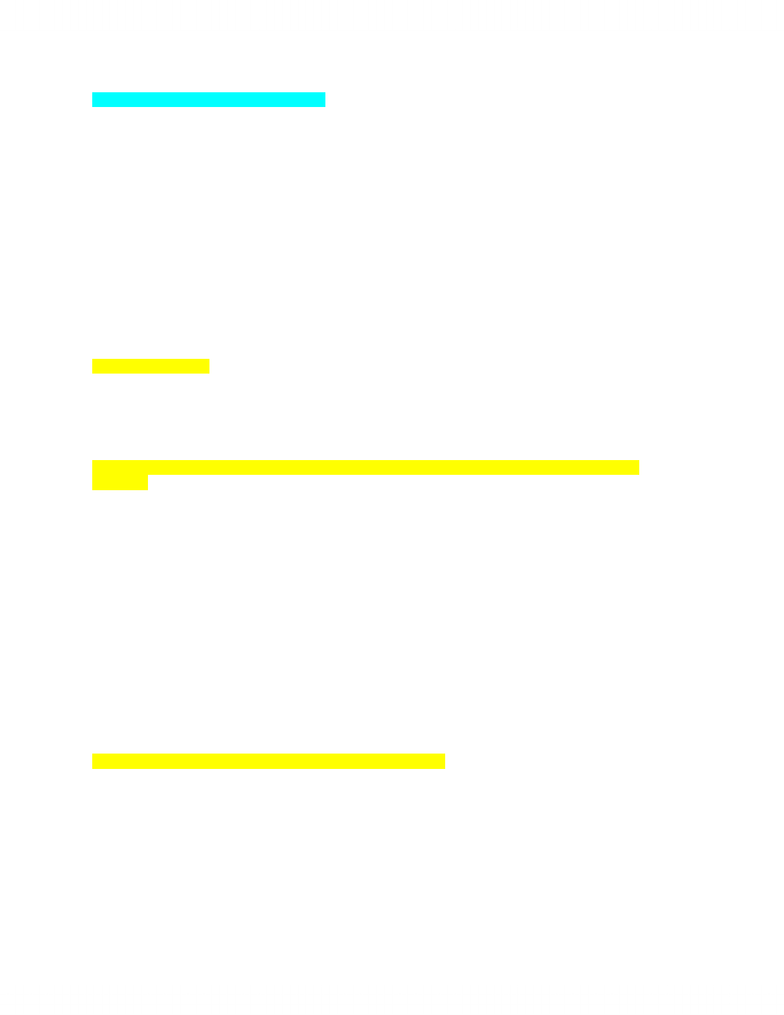 Chapter 16 - Cultural Psychology
-People’s brain function the same around the world, so we don’t have to question how
well fundamental neuronal processes generalize
-In the case of higher order psychological processes, in which social interactions play a
key role, it is less clear how these processes will emerge across cultures
-The Muller-Lyer Illusion: carpentered corners, the line on the left (indented wall)
looks longer because the angles at the corners suggest that it is further away than the
line on the right. People who are raised in cultures where there are not carpentered
corners are not susceptible to this illusion
-Field emerged for two reasons:
oCulture plays a prominent role in our mental lives
oTo see if behaviors and mental processes are the same in all cultures
-Two key themes in cultural psychology:
oHow do people sense self related to others - which can give rise to the way of
thinking
oUniversal and culturally specific psychologies exist
What is Culture?
-Culture: it is the beliefs, values, rules, and customs of a group of people who share a
language and environment and these beliefs, values, rules, and customs are
transmitted through learning from one generation to another
-A broader definition is that culture is any kind of info acquired by individuals through
imitative or social learning
Some Aspects of culture are shared by other species and some are unique to
humans
-Imitative learning: monkeys learns about potato washing from observation
-Dolphins use distinctive sounds for each other in much the same way humans use
names
-Cultural leanings is not restricted to the most intelligent animal species: even pigeons
and guppies have shown limited evidence of learning from others
-Humans, then, are not unique in being able to learn cultural info
-Moreover, human cultural learning is so extensive that, unlike cultural learning in other
animals, it pervades all aspects of our lives
-The languages we speak, the ways we seek mates, the work we perform, the tools we
use, the shelters we live in, the leisure activities we pursue, and the ways we relate to
others-all are cultural products
-In contrast, the cultural learning identified in other species has thus far been limited to
specific and often isolated aspects of their behaviours.
-It is the unique pervasiveness of culture in human lives that allows us to say that
humans are the only true cultural species
Humans have evolved to Accumulate cultural info
-Cerebral Cortex Ratio: the larger the average group that a species lives in, the
larger is the proportion of their brain that is made up of the cerebral cortex
-Humans’ social nature appears to have been a key factor in the evolution of the human
brain
-The larger the average group size, the larger the cerebral cortex ratio
-This suggests that human brain evolved to be as big as they are because the cognitive
capacities of a large brain were highly adaptive for social living
-Social living required the evolution of two capacities that are largely unique to humans
Unlock document

oFirst, humans evolved sophisticated communication skills that allowed them to
convey beliefs, intentions, and complex thoughts – all this, in turn, allowed
individuals within a group to coordinate their behaviours. The development of
language, the human capabilities for which far transcend the communication
skills of other primate species, was a key adaptation for cultural learning.
Language allowed us to more accurately communicate needs, describe threats
or opportunities, understand complex social dynamics, and more precisely
describe and perpetuate cultural ideas
oSecond, to understand social dynamics one must be able to identify the
intentions of fellow group members-that is, one must have a theory of mind.
Humans in all cultures develop a theory of mind early in life, where theory of
mind is much weaker, if not largely absent, in other species. Having theory of
mind allows humans to imagine the intentions of others, and this allows cultural
learning to occur with a far higher degree of precision than simple observation.
Such high-precision cultural learning allows humans to do something important
that no other species can do. Humans can accumulate cultural info. That is,
after observing a model perform a behaviour, humans are able to reproduce
that behaviour accurately, and can then improvise and add to that behaviour,
allowing cultural info to accumulate and evolve
-The cumulative nature of human culture means that we can acquire a far richer degree
of cultural info than could be learned in any individual’s lifespan if each of us had to
start from the beginning (i.e. tools becoming more sophisticated over generations)
-In contrast, the simple tools that chimps use, such as a twig for fishing termites out of
a mound, are not any more complex than those used by chimps thousands of
generations ago. Without the ability to easily reproduce a behaviour, chimps and other
animals cannot engage in high-precision cultural learning. As a result, each generation
of animals can do little more than learn what the previous generation was able to do,
and the cultural info does not accumulate. Each generation must start over at square 1
How does culture affect the mind?
-Tension between the universality and cultural variability of psychological processes
(We all begin with the natural equipment to live a thousand kinds of life but end in the
end having lived only one)
-Despite cultural differences, psychological experiences of humans and similar around
the world
-Common foundation to the psychological experiences of all people, but are expressed
differently (Marriage is a cultural universal – in all cultures there are formalized and
publicly recognized enduring relationships centered around the raising of children. But
marital practices vary dramatically across cultures, with some cultures practicing
monogamy and some practicing polygyny or polyandry
Culture and Mind are inextricably bound
-The fact that many universal aspects of the mind are expressed differently across
cultures demonstrates that culture and mind are not fully separable. Cultures emerge
from the interaction of the minds of the people that live within them
-In many NA schools, children are promoted or held back depending on their
performance in class or on standardized tests. Likewise, many schools use a strategy
called tracking, in which students within a grade are grouped according to their
abilities. Such strategies reflect a desire to ensure that education addresses each
child’s specific and unique needs. In contrast, in school systems across Japan, during
the period of mandatory education, all students are promoted together to the next
grade regardless of whether some are performing at a level above or below their peers
(this is sometimes called social promotion” in NA). Likewise, Japanese students are not
grouped according to their abilities.
Unlock document 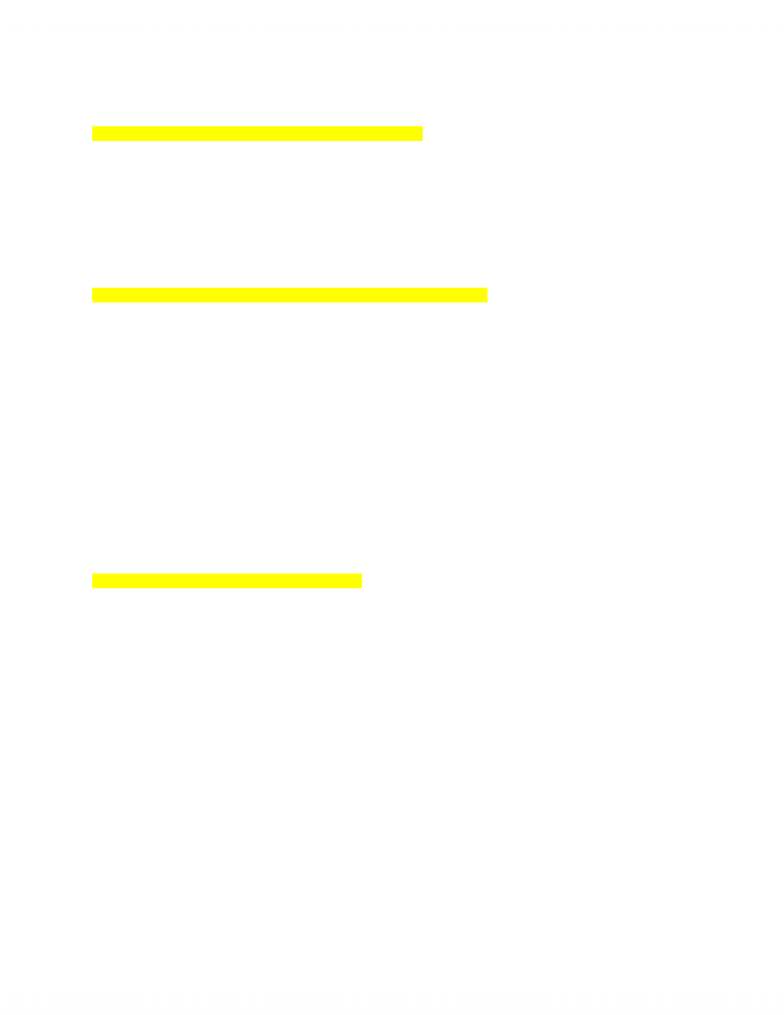 -The mind is influenced by participating in certain cultural practices, and cultural
practices are shaped by the minds of the people who live within them
There is a sensitive period for learning culture
-Humans are born with the capacity to recognize all 150 phonemes, but through
socialization and being exposed to certain languages, they lose the ability to
distinguish between phonemes not in their own languages
-People begin internalizing cultural info at birth, but that most of it is not permanently
retained before the age of 9. That is, Japanese children who moved to the US before
the age of 9 reported becoming largely Americanized and felt relatively distant from
their Japanese heritage
-But children who moved after the age of 15 had greater difficulty acquiring new
cultural info, particularly with respect to emotional experiences
Cultural differences become more pronounced with age
-Humans are born without any culture, and they acquire culture as they are socialized
-Although children are particularly sensitive to cultural info from very early, as they age
they acquire more and more cultural info, and the universal mind that they are born
with comes to be shaped in culturally particular ways
-People of Western descent were more likely to explain other’s behaviours by making
personal attributions, rather than attending to relevant situational info and making
situational attributions – a bias known as the correspondence bias
-Westerners tend to view the individual as the source of agency, and control, whereas
people from various other cultures, including South and East Asians, tend to see
behaviour as arising from an individual’s interacting with others according to
situational demands. Furthermore, this cultural difference in how people make
attributions for other people’s behaviours increases with age
-Personal attribution vs. situational attribution, dispositional vs. situational
-American adults showed clear evidence of the correspondence bias
-Indeed, the Indian adults showed a reverse correspondence bias (they emphasized
situational factors more than personal ones).
The self-concept varies across culture
-In individualistic cultures people are more likely to have independent self-construals in
which their identities are grounded in internal aspects of themselves (such as
attitudes, personality, and abilities), they emphasize ways in which they are distinct
from others, and they value self-reliance. In contrast, people in collectivistic cultures
are more likely to have interdependent self-construals in which their identities are
grounded in shared aspects of themselves (such as roles, relationships, and group
memberships), they emphasize how they are connected with others, and they value
group harmony
-Western cultures is concerned with the consistency of the self
-People have a powerful motivation to view themselves as consistent with their
attitudes
-Dissonance arises when behaviours and attitudes clash, and that consequently people
are motivated to change their attitudes to justify their actions
-Cross and Markus: had Japanese and American participants complete a questionnaire
in a number of different settings. They were asked to write twenty open-ended
sentences that described themselves. The responses of the American participants were
highly similar across the different settings, the Japanese respondents gave different
answers depending on who was in the room with them. The interdependent self-
construal appears to be much more contextually variant than the independent self-
construal
Unlock document