Ch.4 - The Mind and Consciousness.docx 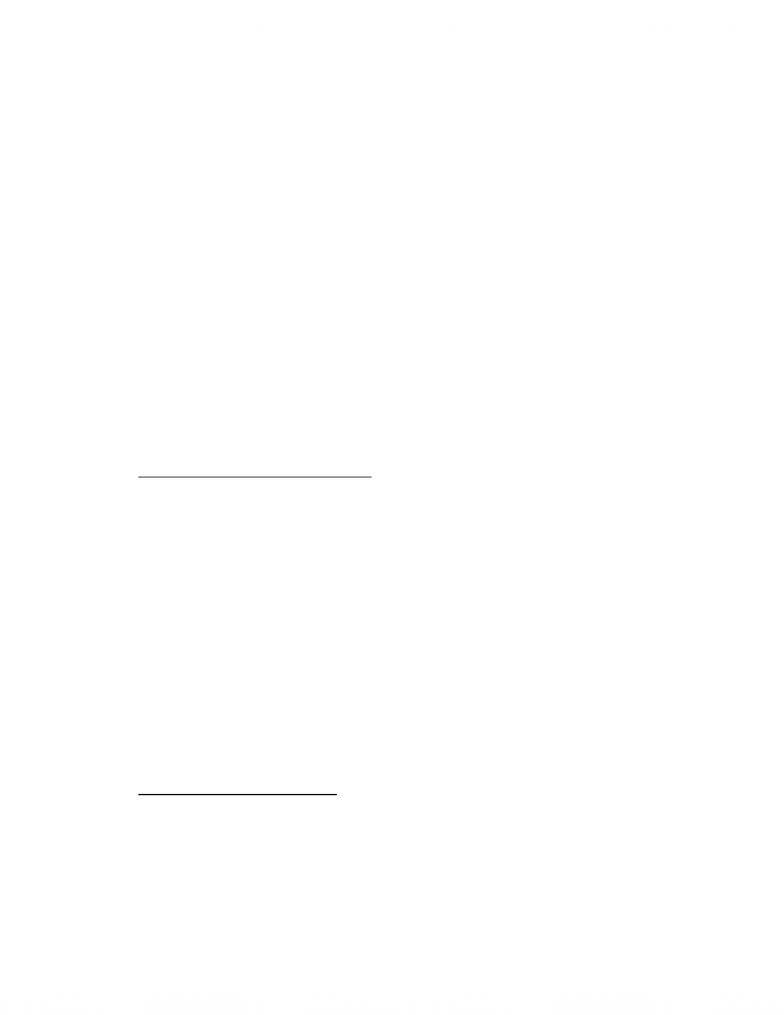 CH. 4 – THE MIND AND CONSCIOUSNESS
INTRO: locked in syndrome: occurs when part of the brain stem gets damaged. Nearly all voluntary
muscles were paralyzed. He was awake and alert but couldn’t communicate w/ those around him
*1)ppl can be conscious of their surrounding even though they don’t appear to be 2) conscious
experiences are associated w/ brain activity
HOW IS THE CONSCIOUS MIND EXPERIENCED
 Consciousness: the subjective experience of the world and of mental activity. Refers to
moment-by-moment subjective experiences, such as reflecting on one’s current thoughts or
paying attention to one’s immediate surroundings. Refers to awareness, to experiences
o Psychological scientists study this in terms of its level, content, and the level of
consciousness (ex. Coma, sleep, wakefulness)
o Rene Descarte: 17th century  DUALISM: mind is physically distinct from the brain (re-
read pg. 141). Most psychologists now reject this believing that they’re inseperable
o *activity of neurons in the brain produces the contents of consciousness. Each type of
content has an associated pattern of brain activity. The activiation of this particular
group of neurons in the brain somehow gives rise to the conscious experience
 Consciousness is a Subjective Experience
o Qualia: properties of our subjective experiences, such as our perceptions of things.
Subjective nature makes it difficult to study empirically
o Labels applied to experience do not necessarily do justice to the experience
o Random: neural act. Increased w/in the temporal lobe’s fusiform face area when
participants reported seeing a face, but enural activity increased w/in temporal lobe
regions associated with objeecet recognition when participants reported seeing a house
o

suggests that diff. types of sensory info are processed by diff. brain regions: the par.
Type of neural act. Determines the particular type of awareness
o *monkey controlled the robot arm using only her brain and visual feedback…realized
that he didn’t even need to move his arm (electrodes were implanted in the frontal and
parietal lobes of 2 monkeys)
 ~BrainGate – brain’s firing pattern is translated into signals that control the
move’t of a robotic arm  goal is to allow paralyzed individuals, through brain
activity, to control prosthetic devices that will assist them in all aspects of daily
living
 Variations in Conscious Experience
o Level of consciousness varies naturally through the day in ur sleep/wake cycle. It will
also be acfected by ur actions (such as meditating to relax) and by consciousness-
altering substances you consume (caffeine and alcohol)
o “conscious experience is a continuous stream of thoughts that often floats from 1
though to another… it’s a unified/coherent experience- there is a limit to how many
things u can be conscious of at the same time”
Unlock document 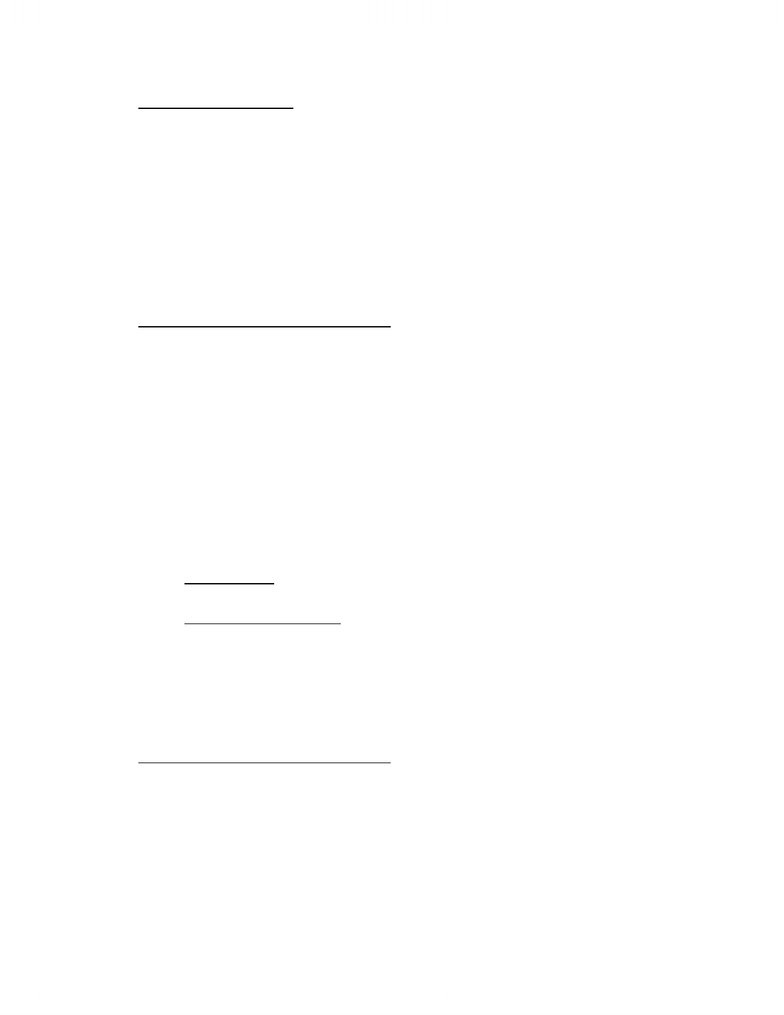  Consciousness and Comma
o Persistent vegetative state: they have sleep/wake cycles – they open their eyes and
appear to be awake, close their eyes and appear to be asleep – but they don’t seem to
respond to their surroundings. (must last longer than a month)
 However, evidence indicates that the brain can process info in this state
o Minimally conscious state: state b/w the vegetative state and full consciousness. Ppl
make some deliberate movements, such as following an object with their eyes, and may
try to communicate
o Differentiating b/w states of consciousness by behavior alone is difficult.. brain imaging
may prove useful for indentigying the extent of a patient’s brain injury and likelihood of
recovery
 Splitting the Brain Splits the Conscious Mind
o Split brain: when the corpus callosum is severed, and the brain’s halves are almost
completely isolated from each other  has provided imp. Insights into the basic org.
and specialize functions of each brain hemisphere.
 …as the brain had been split in 2, so had the mind!
 Didn’t affect patients in any discernible way
 RH – spatial relationships
 LH – dominant for language
 A split brain patient can only see pic on the right b/c the LH with its control over
speech, sees only the picture on the rich side cuz it’s the only picture he can talk
about
 “produces 2 half brains, each w/ its own perceptions, thoughts, and
consciousness”
o The Interpreter: a LH process that attempts to make sense of events (what the RH has
done) chicken,shovel,snow, example
o The Interpreter Speculates:
 The LH interpreter leads ppl to search for patterns that might not even exist. It
may be adaptive in some contexts, but it can produce less-than-optimal
outcomes when such relationships don’t exist
 *although the hemispheres are specialized for certain fxn’s such as lang. or
spatial navigation, most cog. Processes involve both hemispheres’ coordinated
efforts.
 Unconscious Processing Influences Behavior
o Subliminal perception: info processed w/out conscious awareness. Refers to stimuli
that get processed by sensory systems but, b/c of their short durations/subtle forms, do
not reach consciousness
 Subliminal cues may be most powerful when they work on ppl’s motivational
states
 Freudian slip: an unconscious thought is suddenly expressed @ an
inappropriate time and/or in an inappropriate social context
Unlock document 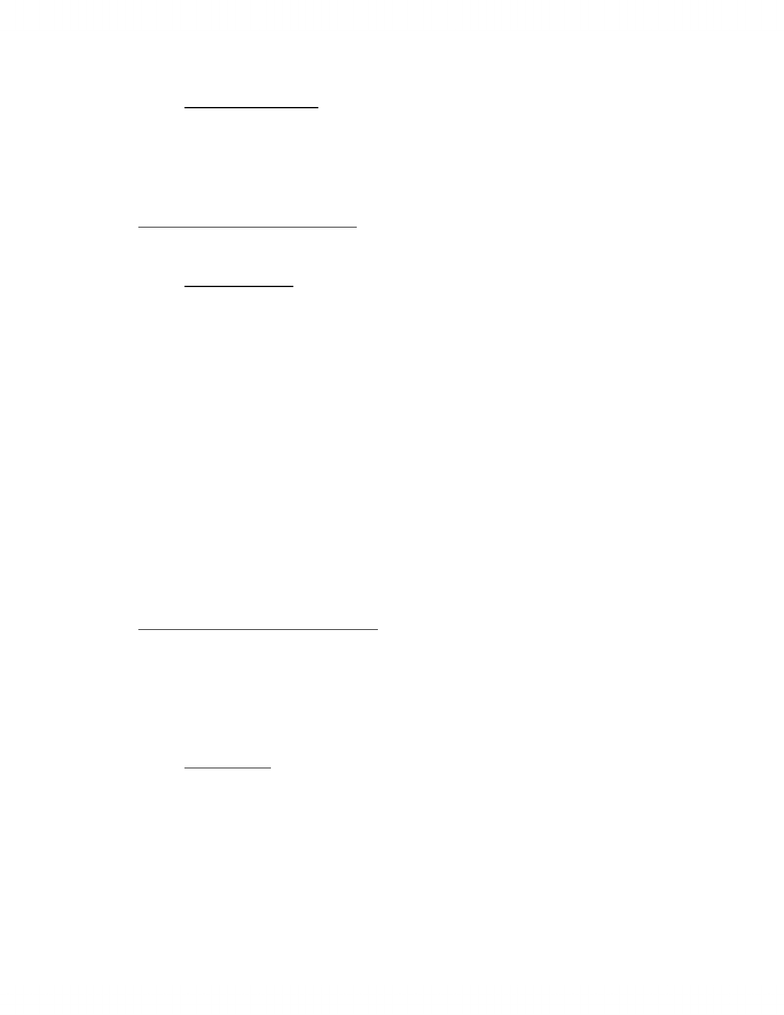 o The Smart Unconscious
 Unconscious processing is especially valuable for complex decisions in which it is
difficult to weith the pros and cons consciously
 Verbal overshadowing: describes the performance impairment that occurs
when ppl try to explain verbally their perceptual experiences that are not easy
to describe
 Brain Activity Produces Consciousness
o Blindsight: a condition in which ppl who are blind have some spared visual capacities in
the absence of any visual awareness. Ex. Might respond unconsciously to that stimulus
o Global workspace: this model posits that consciousness arises as a fxn of which brain
circuits are active  u experience ur brain regions’ output as conscious awareness
 Hemineglect patient: not aware of missing part of the visual world. Their
unawareness of their visual deficits suppors the idea that consciousness arises
through the brain processes active at any point in time
 Model presents no single area of the brain as responsible for general
“awareness”. Rather, diff areas of the brain deal w/ diff types of info, and each
of these systems in turn is responsible for conscious awareness of its type of
info
o AREAS OF AWARENESS!!
 Prefrontal cortex: “I understand plans”
 Frontal motor cortex: “I’m all about move’t”
 Parietal lobe: “I’m aware of space”
 Temporal lobe: “I see and hear things”
 Occipital lobe: “I see things.”
WHAT IS SLEEP?
 Sleep is an Altered State of Consciousness
o When u sleep, ur not conscious, but ur brain still processes info and, to some extent,
remains aware of ur env’t.
o When awake brains’ neurons are extremely active  beta waves (short, frequent,
desynchronized brain signals)
o When ppl close their eyes/relax brain activity slows and becomes > synchronized 
alpha waves (synchronized,sloow)
o Stages of Sleep
1. Stage 1: theta waves  from which u can be aroused easily. “light sleep.”
2. Stage 2: breathing becomes > regular, and u become less sensitive to external
stimulation. EEG shows theta waves but ocassional sleep spindles and large
waves called k-complexes
3. Stage 3 and 4: marked by delta waves. Stage referred to as “slow-wave sleep”.
Ppl still process some info in stage 4, as the mind continues to evaluate the
env’t for potential danger.
Unlock document