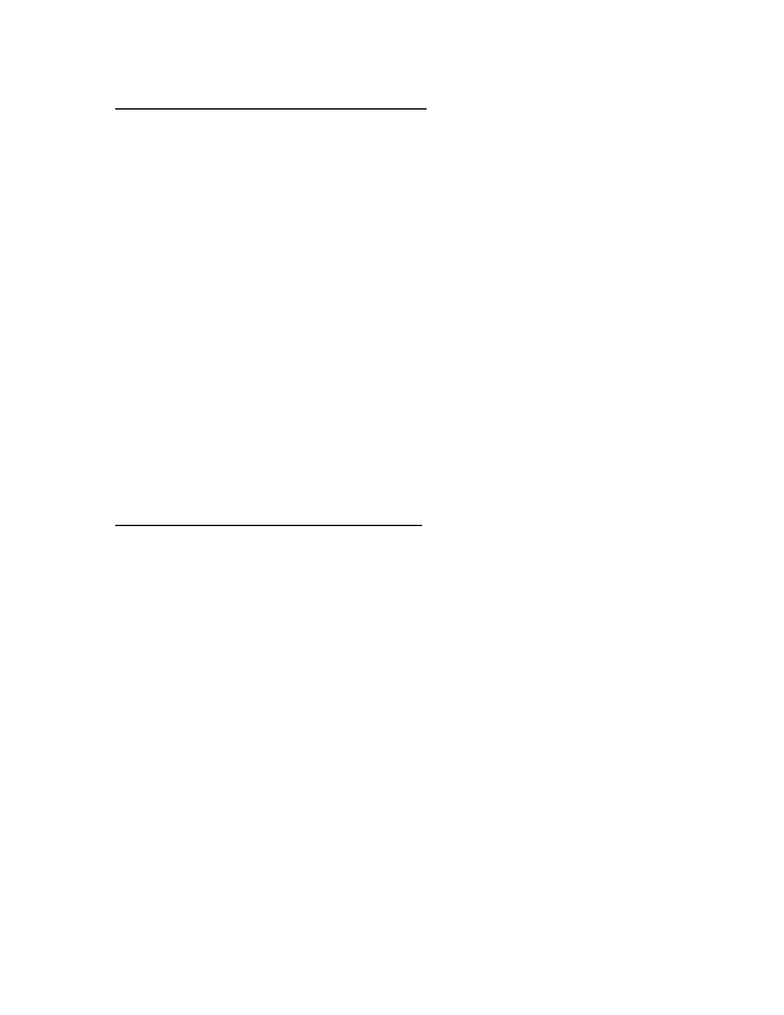 CHAPTER ONE: INDIGENOUS RELIGIONS
x Indigenous religion: The particular type of tradition created by a particular group of
people for whom that tradition is part of what defines them as a distinct community
x Syncretism: new traditions that have developed that integrate ideas and practices
from both indigenous and foreign traditions
x AFRICA: indigenous religions still flourish despite centuries of proselytizing by
Muslims and Christians
x SOUTHEAST ASIA, MALAYSIA, INDONESIA: influenced by Hindu and Buddhist
traditions for nearly 2 millennia, by Islam for nearly a 1000 years, by Christianity for
nearly 500 years
x NORTHEAST ASIA: indigenous coexisted with Buddhism for well over a 100 years,
with Islam for about 800 years and with Christianity for about 500 years
x MONGOLIA, SOUTHERN SIBERIA, TIBET, JAPAN: the interaction between
Buddhism and indigenous religions has been so prolonged that it is difficult to
separate the one from the other
x SIBERIA: many converted to Russian Orthodox Christianity
x indigenous religious clusters generally developed in isolation until the 19th century
x only after the expansion of the Islamic and Christian worlds, that they were exposed
to other religious traditions
Indigenous Religions and Western Scholarship
x Totem: a spiritual kinship between a particular animal or species and a particular
individual, family or clan
x Mana: a free-flowing power in the universe capable of either enhancing or
diminishing life
x Applied to religious traditions all over the world
x Tapu or taboo: a sacred prohibition
x Shaman: the primary ritual specialists in that culture, whose souls could leave their
bodies and travel into other realms to encounter spirits
x General term for the visionaries in many cultures who use ecstatic trances and out
of body experiences to communicate with spiritual beings on behalf of the
community
x Accounts of indigenous religions often exaggerated their exotic aspects
x Minimizes their similarities to the dominant world religions and presenting them
as fundamentally different
x Perceive indigenous as living replicas of the traditions their distant ancestors followed
before embracing Judaism or Christianity
x Every indigenous has its own history, and some of them have experienced more
changes over time than some world religions
x Many early accounts of indigenous religions were written by explorers and traders
who did not stay long enough to learn the local languages
www.notesolution.com 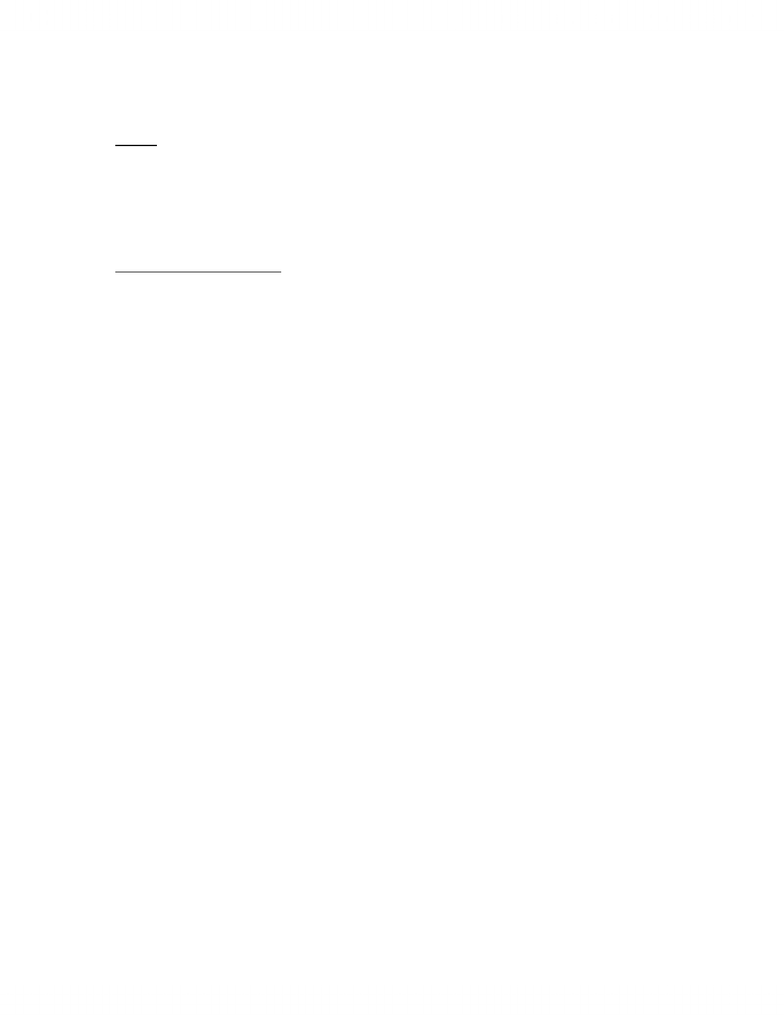 x Relied on interpreters unschooled in religious concepts and terminology
Africa
x Edward Tylor saw Africans as animists (believing that there were souls in all things)
x Charles de Brosses and James Frazer thought that Africans worshipped fetishes
(objects endowed with special powers)
x Others suggested that Africans were polytheists (worshippers of many gods who were
often represented by statues and masks)
African Religious Thought
x Their diversity reflects the diversity of the communities in which they developed,
each of which has its own history, patterns of contact, ecological environment and
economic system
x African religions share a focus on a supreme being
x Traditions differ on whether the supreme being actually created the world or
delegated that task to subordinates
x Yoruba of Nigeria and Benin believe that Olodumare (lord of heavens) delegated
the creation to lesser gods called orisha
x Dogon of Mali believe that their supreme being, Amma, began the task of creating
the world but left it to be completed by spirits known as Nummo
x The Nuer and Dinka of southern Sudan, the BaMbuti of Congo, and the Khoisan
of South Africa emphasize that the supreme being alone created the world
x Different traditions also differ in their views of the role that the supreme being plays
in their daily lives
x Yoruba Æ Olodumare reigns but does not rule
x Igbo of southeastern Nigeria Æ supreme being is far removed from human beings
and has created lesser spirits, divine servants to handle specific problems
x Matters controlled by supreme beings are the most critical ones
x Ie, life transitions of birth and death, water (the precious, life sustaining resource)
x Some believe that the supreme being is the source of the vital force that enters into a
ZRPDQ¶VZRPEWRFUHDWHOLIH
x Most African religious communities do not have a specific shrines for the worship of
the supreme being
x But they do have many shrines dedicated to the lesser spirits or deities who assists
humans in daily life
x Nuer people of Sudan
x supreme being is Kwoth Nhial, lesser spirits are Kwoth
x Yoruba
x Recognize 401 orisha (can possess their devotees and use their bodies to make
themselves present and communicate information. Continue to develop new
functions in community life)
x lesser spirits have distinct personalities, extraordinary independence, and rich
bodies of sacred traditions or myths describing their activities
x Bantu speaking people of Equatorial, east, southern Africa
www.notesolution.com 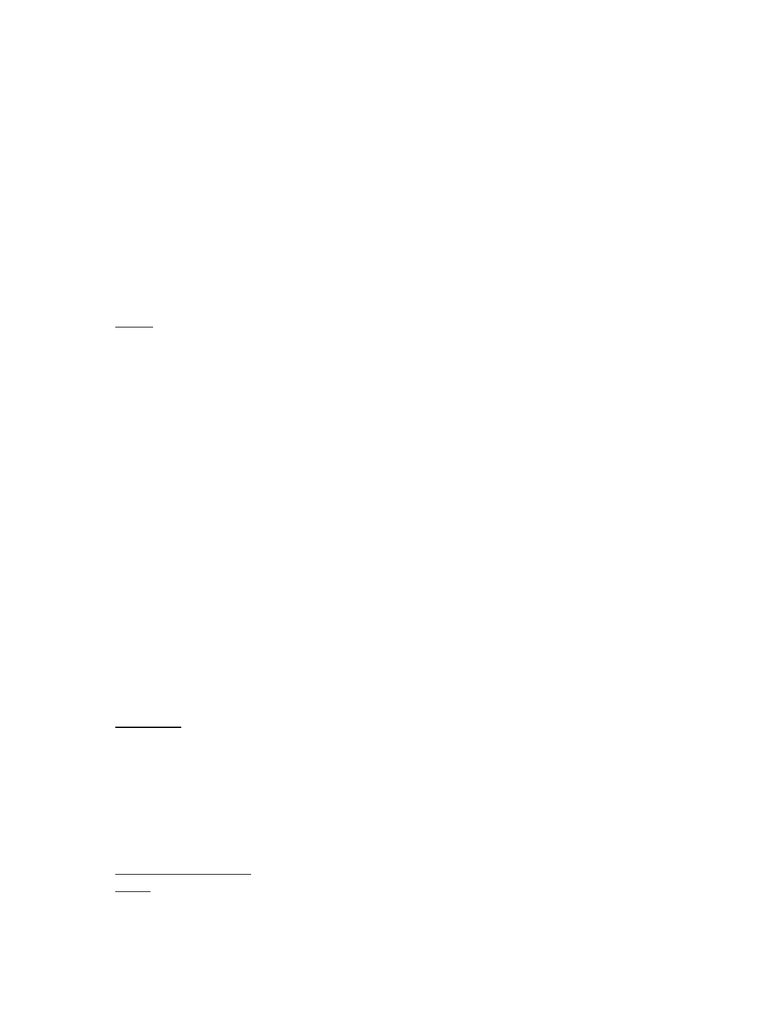 x emphasize the importance of ancestors, people who have led good lives pass in
the realm of the dead but continue to influence the lives of the living
x Trickster deities are ones who loves chaos and disorder
x Encourages impulsive behaviour in humans and acts impulsively himself,
disrupting any kind of social order
x Yoruba trickster (Eshu) is the messenger god who summons the other orisha to
attend all major rituals in Yoruba religion
x For Yoruba, the forces that enhance life and detract from it are commingled
x These radically different world views are often described as conflict or
complementary dualism
Ritual
x Purpose of rituals are to communicate with gods or spirits
x Ex, prayers, animal sacrifice, offerings of grain and libations of palm wine, water,
milk
x Sacrifices may be offered for fertility, for adequate rain, for healing, for protection
against dangerous tasks or witchcraft, or to ensure a successful transition from one
life stage to another
x Often referred to as rites of passage, and have a 3 stage structure
o 1st, the initiates are separated from their familiar world
o 2nd, initiates are instructed in their new religious and social
responsibilities, and develop a feeling of solidarity with other initiates
o 3rd, reintegrated into their communities with added powers and
responsibilities
x images of gods and ancestors in the form of masks and statues are used in rituals
x the design of masks and statues are highly symbolic
x Africans dismissed such images as idols based on the assumption that the image
contains the god
x But god can be present in many places at once and is never contained in an object
x $FWLYDWLRQRIWKHGDQFHUV¶VSLULWXDOSRZHUPD\DOORZWKHPWRUHFHLYHWKHSUHVHQFHRI
the gods, spirits, or ancestors represented by the masks they wear
x Their bodies are merely a temporary dwelling place
Witchcraft
x Believed to be people whose souls travel outside their bodies to attack and consume
RWKHUSHRSOHV¶VRXOVRUREMHFWVWKDWDUHFRQVLGHUHGYDOXDEOH
x No material evidence
x Takes place entirely in the realm of the soul
x Witch-finders typically look to dreams, visions or divination
x $OVRXVHGWRH[SODLQFKDQFHPLVIRUWXQH³EDGOXFN´
Five Major Traditions
Diola
x Approximately 600,000 people
www.notesolution.com

N indigenous religion: the particular type of tradition created by a particular group of people for whom that tradition is part of what defines them as a distinct community. N syncretism: new traditions that have developed that integrate ideas and practices from both indigenous and foreign traditions. N africa: indigenous religions still flourish despite centuries of proselytizing by. N southeast asia, malaysia, indonesia: influenced by hindu and buddhist traditions for nearly 2 millennia, by islam for nearly a 1000 years, by christianity for nearly 500 years. N northeast asia: indigenous coexisted with buddhism for well over a 100 years, with islam for about 800 years and with christianity for about 500 years. N mongolia, southern siberia, tibet, japan: the interaction between. Buddhism and indigenous religions has been so prolonged that it is difficult to separate the one from the other. N siberia: many converted to russian orthodox christianity indigenous religious clusters generally developed in isolation until the 19th century.