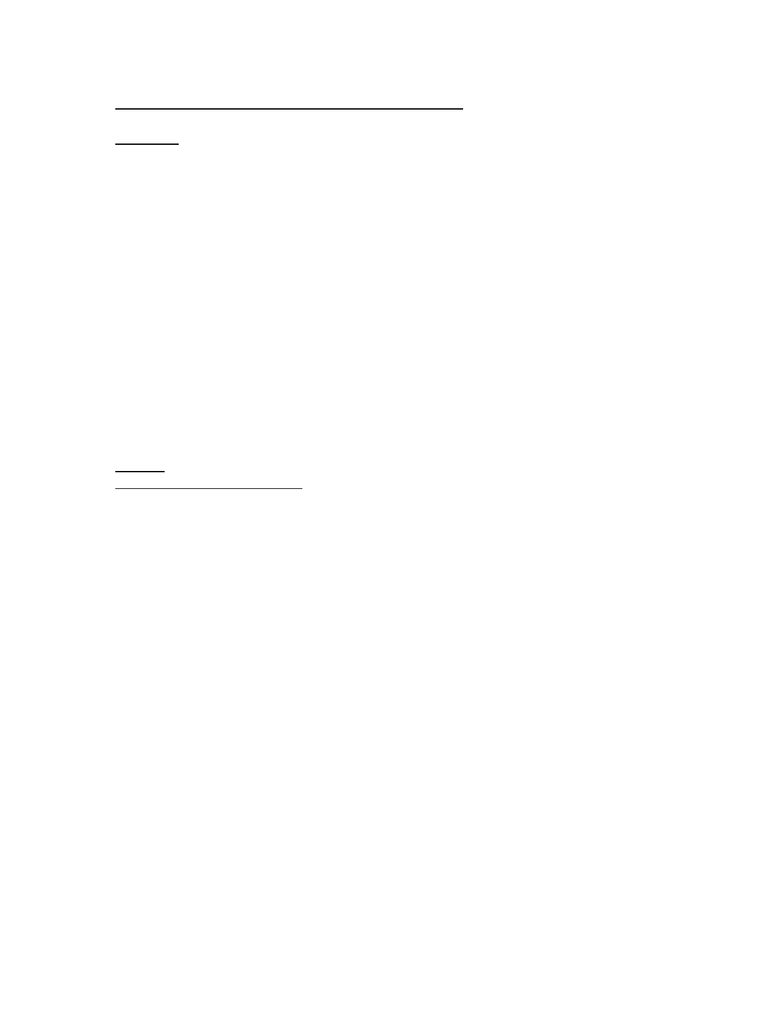 CHAPTER EIGHT: THE BUDDHIST TRADITION
Overview
x The Buddha passed into everlasting nirvana some 2500 years ago
x After a deep enlightenement experience at the age of 35, he spent the remaining
45 years of his life teaching that all worldy things are transient phenomena
x Set the wheel of dharma (teaching) in motion, established a community (sangha)
of disciples and charged his followers to carry the dharma to all regions of the
world.
x Buddhism is the dominant religion in many parts of East, South, and Southeast
Asia.
x Buddhism has three main traditions or vehicles.
x The earliest is Thereavada also known as Hinayana, which spread to Southeast
Asia.
x The Second is Mahayana, which became the principal school in East Asia, and
the third is Vajrayana, which developed out of Mahayana and became closely
associated with the Himalayan region.
x Buddhists say they take refuge in the triple gem: (1) the Buddha, (2) the dharma,
and (3) the sangha.
Origins
Religious life in Ancient India
x Perhaps the most important cultural tension was religious, between the Hinduism
of the Brahmins and the indigenous religious traditions of the region, out of which
Buddhism and Jainism developed.
x It would not be accurate to say that Buddhism developed out of Hinduism in the
same way that Christianity developed out of Judaism.
x Buddhism explicitly rejected the authority of the Brahmin scriptures (the Vedas)
and the hereditary authority of the Brahmin class.
x A more accurate way to understand its relationship with Hinduism is to recognize
that both evolved out of ancient Indian spirituality; Hinduism from the Brahmin
tradition and Buddhism from the non-brahmin ascetic tradition that flourished in
the region of the Ganges.
x There were camps that served as centres for the study of the various religious
tradition.
x Each camp had its spiritual master, who laid down a discipline (vinaya) and a set
of teachings (dharma).
x Rival masters competed for followers, while students shopped around for the
teacher who seemed most advanced spiritually.
x These religious training camps were the forerunners of Buddhist monasteries.
x Students were required to take a vow of celibacy. There were also dietary
restrictions.
x Most masters required their disciples to rise early and spend part of the day doing
physical work to sustain the camp, in addition to studying and meditating.
www.notesolution.com
Unlock document 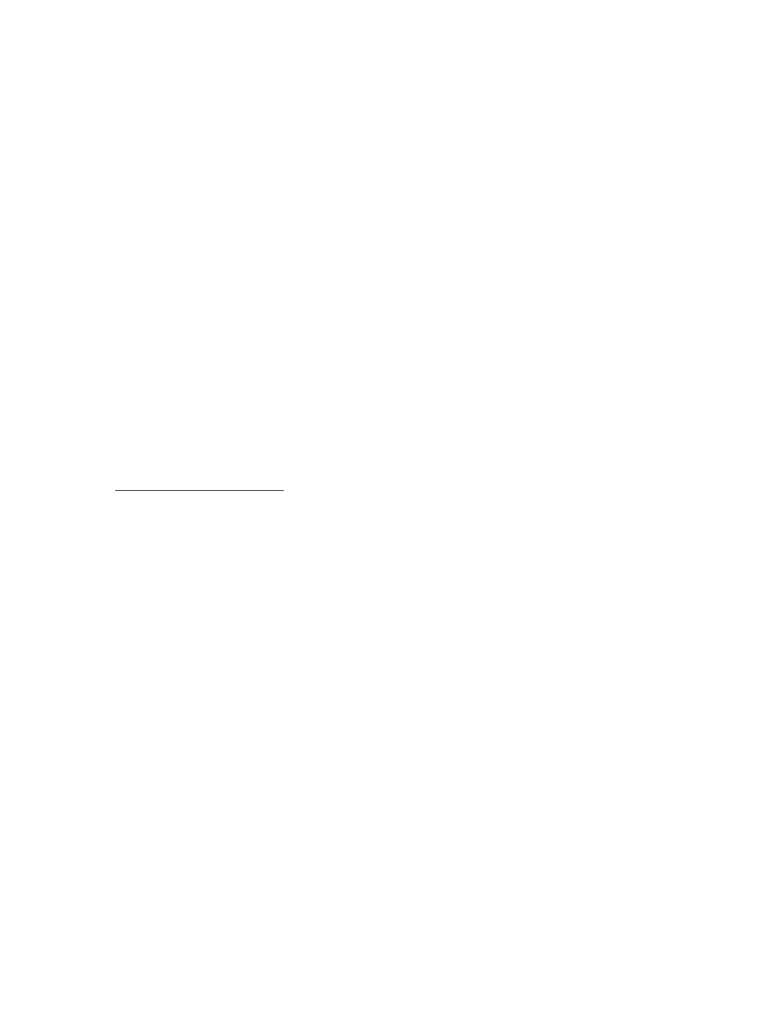 x Students were expected to deny themselves bodily pleasures for the sake of
spiritual development.
x Some of the ascetic practices required standing for hours at a time, fasting on full-
moon days, or sleeping on the ground.
x Exposing themselves to the rain and cold, standing naked in the sun for hours in
summer, piercing their skin, going without food or water for long periods of time.
x The ethical values of the masters were rooted in the concept of ahimsa (non-
violence).
x Students departed the world, took vows of celibacy and poverty and became
shramanas (disciples).
x Apart from the creator god Brahma and the storm god Indra, deities played a
surprisingly small role in the life of the shramanas.
x Students were expected to develop through their own efforts, without relying on
the grace bestowed by a god.
x The spiritual master shows the path, but the disciples must walk it themselves.
x Among the students who make their way to the Ganges was one named
Siddhartha Gautama: a prince from a small kingdom of Shakya.
x Siddhartha became to be known as Shakyamuni (Shakyan sage) and the Buddha:
the most recent in a succession of fully enlightened teachers who have come to
earth through the ages.
The First Gem: the Buddha
x The law of karma means that living creatures are reborn again and again, for
better or worse depending of their moral conduct in previous lives.
x Whenever dharma teachings have declined, a new Buddha for that era arises.
x No god is needed to mastermind this system.
x One school of Buddhism venerates a Buddha of a previous age, named Amida,
and that all Buddhists look forward to a future Buddha known as Maitreya.
x Although is era is considered to have only one fully enlightened, teaching Buddha,
there are numerous beings in each era who are thought to have achieved some
degree of enlightenment.
x There are several types of these spiritually advanced beings, including Arhats
(saints), Pratyeka Buddhas (hermit buddhas) and Bodhisattvas (those who have
vowed to become buddhas).
x All Buddhist traditions agree that Shakyamuni lived to the age of eighty, although
they do not agree on the dates.
x In Sri Lanka and Southeast Asia he is said to have lived from 624 to 544 BCE.
x Shakyamuni is venerated fro having achieved enlightenment (perfection of
spiritual wisdom) and liberation (moksha) from samsara (the cycle of rebirths)
after striving through hundreds of previous lives to perfect his mind of
enlightenment.
x Buddha is not an incarnate god but a human being who has fulfilled his spiritual
potential.
x Shakyamuni becoming Bodhisattva ± hole in road, stepping stone.
www.notesolution.com
Unlock document 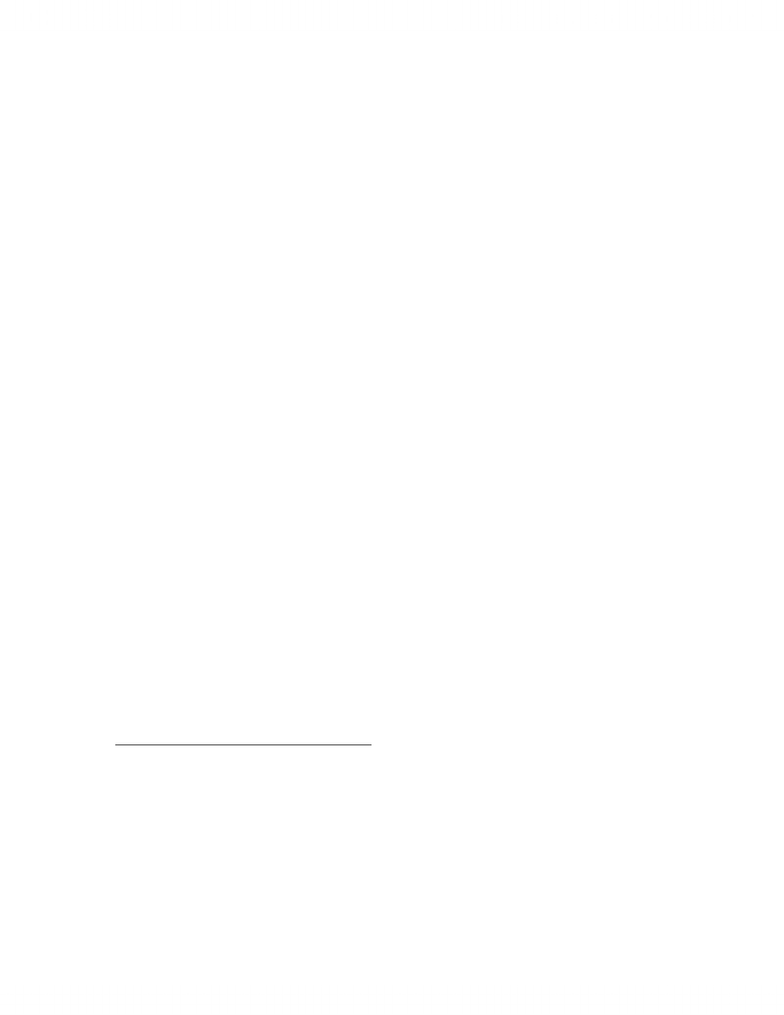 x A collection called Jataka, recounts more than 500 lives lived by Shakyamuni as
he progresses towards the final purification of his mind.
x The last Jataka story tells of a prince named Vessantara who, in keeping his vow
of generosity, gives away everything, including his kingdom, his wife, and his
children, though in the end they are restored.
6LGGKDUWKD¶V%LUWKDQG&KLOGKRRG
x When Vessantara dies, the bodhisattva is reborn in the heavens, where he waits
until the earth needs a new Buddha to set the wheel of dharma (dharmachakra) in
motion once again.
x Most Buddhist traditions hold that the birth occurs on the full moon day of the
rainy month called Vaishakha, which usually falls in May.
x Jesus and Buddha have similar birth stories
x Both conceived miraculously, without sexual inercourse
x %XGGKD¶VPRWKHULVPDUULHGWR.LQJ6KXGGKRGDQDEXWLVXQGHUDYRZRI
celibacy, Mary is said to be an unwed virgin
x Infants are born outside the house, Buddha in a grove, Jesus in a stable
x Both births are announced by a bright light in the sky and sages foretell the
LQIDQWV¶IXWXUHJUHDWQHVV
x The child is presented to the king, who names him Siddhartha (a successful one)
x The court Brahmins then exaPLQHWKHFKLOG¶VERG\IRUVLJQVSUHGLFWLQJKLVIXWXUH
x Find 32 signs of the Great Person (mahaparusa)
x Long ear lobes (sign of great spiritual wisdom), a golden complexion (inner
tranquility), wheel patterns on the soles of his feet (he will be a wheel-turner)
x $KHUPLWVDJHQDPHG$VLWDµEODFN\¶FRUUHFWO\IRUHVHHVWKDWWKHEDE\ZLOO
become a Buddha
x But the king wants Siddhartha to become a great emperor so he orders that no
evidence of sickness, old age or death be allowed near the boy, lest the knowledge
of OLIH¶VLQHYLWDEOHVXIIHULQJVOHDGKLPWRDEDQGRQWKHZRUOGDQGIROORZDVSLULWXDO
path
x One of his childhood events: he enters a meditational trance state while sitting in
the shade of a rose-apple tree
The Four Sights and the Great Departure
x The prince finally learns the truth when he is nearly thirty
x He is married and has a son named Rahula
x During a chariot ride through the royal park, he sees 4 great sights that will alter
the course of his life
x A sick man, a suffering old man, a dead man, and a monk whose calm
detachment from the world suggests a path of overcoming suffering
x That night, the bodhisattva takes his horse and servants and flees the palace, aka
the Great Departure
www.notesolution.com
Unlock document