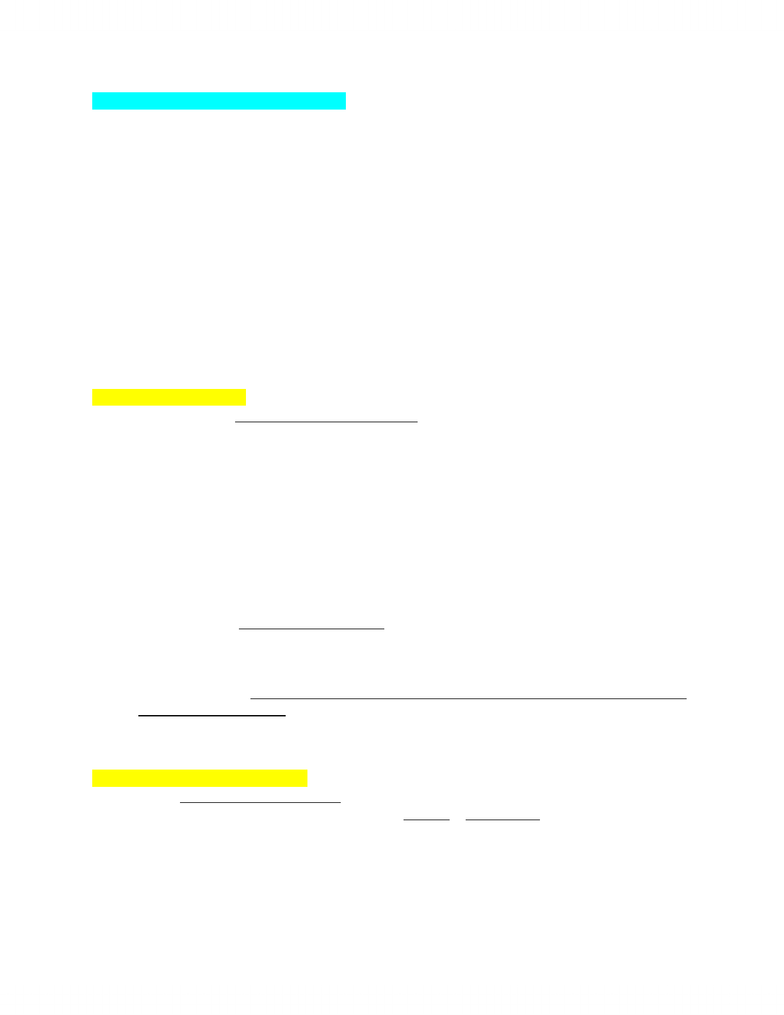 SOC103 – Chapter 15 – Politics & Ideologies
 Especially interested in how political power is converted into authority
 By October of 2009: Canadians had experienced 3 elections within 5 years, having cost
hundreds of millions of dollars, paid by the taxpayer
 Politics: processes by which individuals & groups act to promote their interests. In the last few
years have been aimed at dividing Canadians rather than bringing them together. This is obvious
in the advertisements political parties use to characterize & attack their opponents. TV ads
regularly highlight the other party’s faults rather than making the public aware of a political
platform. As a result, confidence in all the major parties is low, voter turnout is low, & people
lack interest in the various party leaders
 Citizens: people who belong to a state. Citizenship developed out of the relative freedom of city
life, granting equal treatment for all residents.
 State: the institutional mechanism that collects & spends their taxes, makes their laws, &
ultimately controls their lives. The set of institutions with authority to make the rules that
govern a society. Weber wrote that the state (claims a monopoly of the legitimate use of
physical force within a given territory”
Illegal in Canada to discriminate against someone for their political views
Ways of looking at politics
 Talcott Parsons: The Social System (1964 [1951]): Goal attainment function: social systems (i.e.
families, small groups, large organizations, empires etc) have a political process which is
necessary for its survival, it is not imposed or sinister. The political structure (or subsystem) is
not so much committed to control & oppression as it is to management, administration & the
promotion of citizen engagement. Expresses & strives to achieve collective goals through debate
& concerted action. Parsons assumes that people in the society usually consent to this political
process & its leaders. Criticized: more philosophical & anecdotal than historical & more
qualitative than quantitative. Works similar to Lipset & Adams, who want to connect political
ideas to historical events & cultural values & believes that clusters of demographic &
psychographic (or value) features will shape the political functioning of a society. Thus, a
society’s politics is deeply rooted in people’s beliefs & needs, as well as in their histories. They
also believe in the value of public awareness & public engagement in the political process
 George Homans, The Human Group (1950): functionalist, microstructure of politics. Social
exchange theory: small groups mainly rule themselves through processes of informal control
(small-group politics), i.e. include ridiculing, or excluding people who violate the group’s
productivity norms. Payoff: the practical reasons people value such self-government in groups
 Barrington Moore, Social Origins of Dictatorship & Democracy: Lord & Peasant in the Making of
the Modern World (1966): critical, class relations & their effects on politics. During the process
of modernization, it matters whether the dominant class in society is the middle class (leads to
democracy), peasant class (communism), or traditional ruling class (landowning aristocracy,
supported by military & Church) (fascism)
Classic Studies: The First New Nation
 Lipset, The First New Nation (1967): mirror-question: what makes American society different.
Born in revolutionary war & a commitment to equality & achievement (somewhat conflicting
values, yet grounded in American identity, born in the revolution which birthed the nation, basis
for institutions such as the American family, school, political party & trade union). The British, &
to a lesser extent the Canadians, put less emphasis on equality of opportunity because of their
more elitist values. By contrast, Australia is more equalitarian & treats achievement more like
the US does, but because it never had a revolution, Australia is somewhat less politically
Unlock document 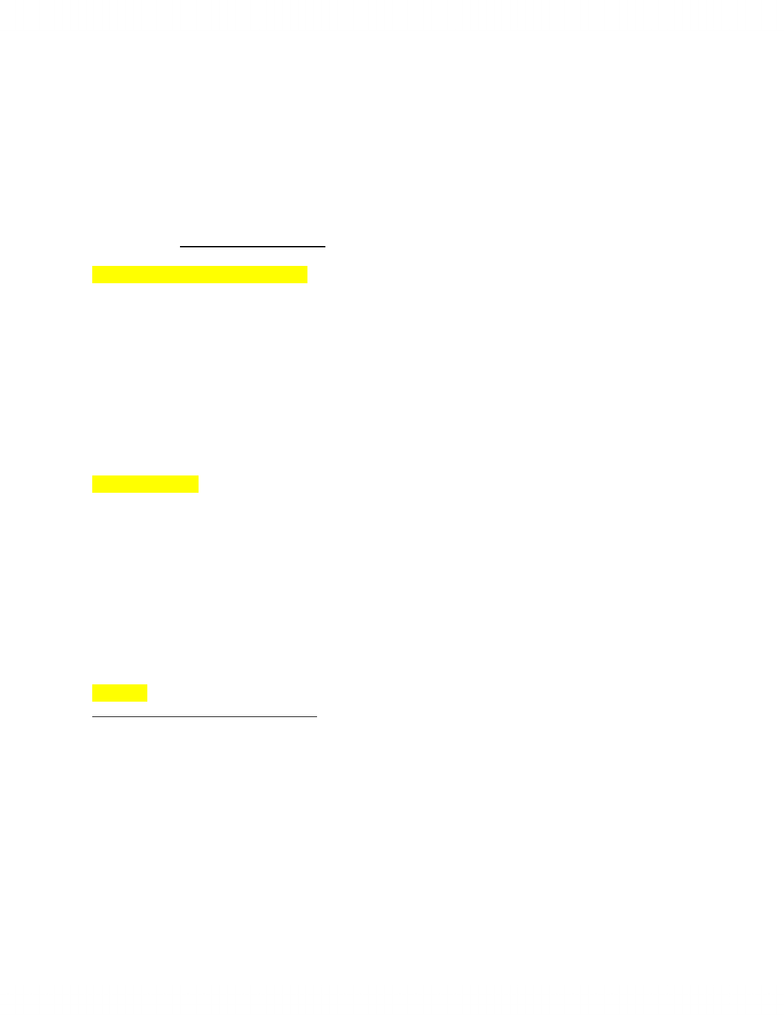 populist than the US. Canada is somewhere between the US & UK in its central values: more
egalitarian than British but less so than the US & Australia, & less concerned with achievement
& opportunities for achievement than is the US. Difference exists because US was born in blood
(revolutionary war & civil war). Canada was founded in peace, largely by pro-English Loyalists
fleeing the American Revolution. Canada never had a civil war.
 McCormack (1964): criticizes Lipset’s conclusions about the elitist emphasis in Canadian
development, asserting that Canada may be more “ascriptive in its status system, more diffuse
& more particularistic than the US but no less stable.
 Lipset: Agrarian Socialism (1950): rise of NDP in Saskatchewan & why North Dakota next-door
did not develop a socialist movement
Political Science & Political Sociology
 Political Science: machinery of government & public administration, & with elections, public
opinion polling, pressure groups & political parties.
 Political Sociology: relations between politics, social institutions (i.e. families, churches,
workplaces, ethnic groups & social classes), ideologies & culture. Also study political processes
within social institutions, & the way that power is distributed & used in different social
relationships.
 Ideologies: coherent sets of interrelated beliefs about the nature of the world that imply or
demand certain courses of political, social, or economic action.
 Power: according to Weber, the ability of persons or groups to achieve their objectives, even
when opposed. Power is the capacity to compel people to act in certain ways, & politics is the
process by which people gain & exercise this power
Political Authority
In Canada, political parties compete to hold the majority of these seats in the House of Commons. The
party with the most seats at the end of a federal election forms the government.
Authority: power that is considered legitimate by the people who are subject to it
Weber: three types of authority
 Traditional: supported by ancient traditions, dynastic inheritance (), authority is descended
directly from God (i.e. chiefs, elders, Louis XIV of France, longest-ruling monarch - 72 years).
Although no longer a colony, Canada is still part of the Commonwealth
 Charismatic: based on exceptional qualities, personality, may invoke God, anti-traditional,
promote new social values
 Rational-legal: most common, formally established rules & procedures. Weber: basis of
bureaucratic organization & modern states
The State
Three different kinds of modern states:
Authoritarian: forbid public opposition, forceful compliance, display of public support, complete control
over country with co-operation of military, state church &/or foreign multinational corporations. US (a
liberal democracy) has propped up dictatorships for their own interests
Totalitarian: more extreme, more stable version of authoritarian states, intervenes in public & private
life, complete loyalty & compliance, completely controls distribution of rewards & punishment (i.e. Nazi
Germany & the Soviet Union under Stalin, Orwell: Animal Farm)
Liberal-democratic: ideally governed by citizens. Do not monitor every action & belief, nor suppress free
speech & assembly
 Direct democracy: oldest type of democracy, Athens, all citizens discussed & voted on all issues
of importance
Unlock document 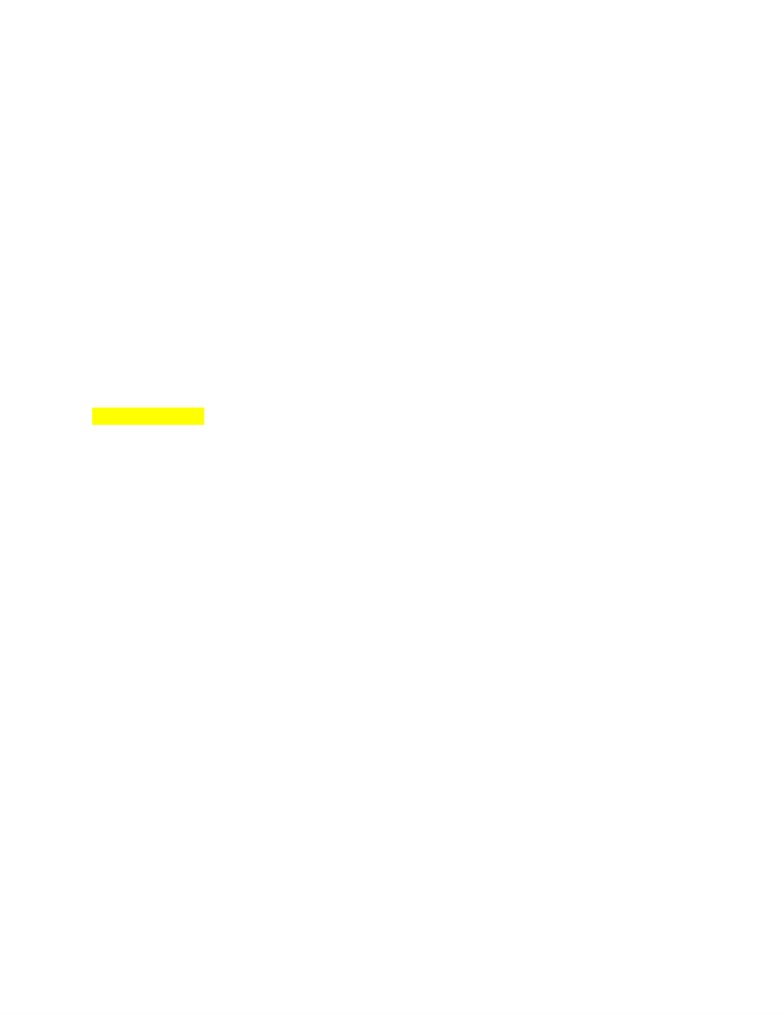  Representative democracy: views expressed periodically when they elect representatives to
federal Parliament or provincial legislature (i.e. Canada)
 Constitutional monarchy: Head of state inherited position for life & is controlled by Parliament
(i.e. Norway, Canada & Britain)
 Republic: Head of state (president) is elected & replaced periodically (i.e. US, France)
 Constituencies & ridings: How Canada is divided, each of which citizens elects a representative
(mini-elections).
o First-past-the-post method: party with most votes in a constituency wins. Exclude
smaller parties from representation, even if they gain a substantial number of votes, i.e.
majority of the voters can be unrepresented in a multi-party race
o Proportional representation system: each party’s votes are totaled for entire country,
i.e. 10% of votes is 10 seats
 Aside from voting periodically, citizens of democratic societies organize interest & lobby groups
to advance particular causes.
 Typically, political participation can be predicted sociologically, i.e. formal education is a strong
predictor of political participation.
 Democratic pluralism: all citizens can voice their views & pursue their interests, but state should
be a neutral referee, no favoritism
Gender & the state
 McIntosh (1978): state encourages employers to take advantage of women’s free services
(social reproduction) in the household to maintain low wages in the workforce.
 Brodie (1996): even state polices promote women’s subordination, especially when they ignore
women’s needs & interests.
 Beaujot & Ravanera (2009): lack of good-quality, subsidized child care prevents many women
from working outside the home
 In most of Canada, women did not gain the right to vote until 1918, & in Quebec, not until 1940.
The year 1929 marked the first time women were declared persons by the federal government
& given the right to become members of senate.
 Cool (2008): women take up 22.1% (68) of all members of Parliament (MPs)
 Bashevkin (1985): more powerful the political position, the less likely that a woman will occupy
it
 Kim Campbell: only female prime minister in Canada but her time in office was brief. Major
exception to this pattern is office of Governor General, the highest position in Canadian politics,
representing the Queen, which has been held by three women: Jeanne Sauve (1984-1990),
Adrienne Clarkson (1999-2005) & Michaelle Jean (2005-2010)
 Sylvia Bashevkin (2009): Political scientist, Canadians seems uncomfortable with the idea of
putting a woman in a position of political power. Where voter turnout is high, or where
proportional representation is practiced, more women are elected to office.
 Women’s lack of participation in politics is not the result of their choice not to participate.
Rather, structural & social barriers limit their efforts
 Equal Voice: a non-profit organization which promotes the election of women in Canadian
politics, women are less likely than men to enter politics. Chiefly, they suffer from financial
constraints, limited access to helpful informal networks & opposition within political party
networks to their membership, which is both subtle & direct. According to various polls, most
Canadians want more women in politics (Equal Voice, 2006)
 Moss (2009): Sweden has achieved gender parity in politics
Unlock document