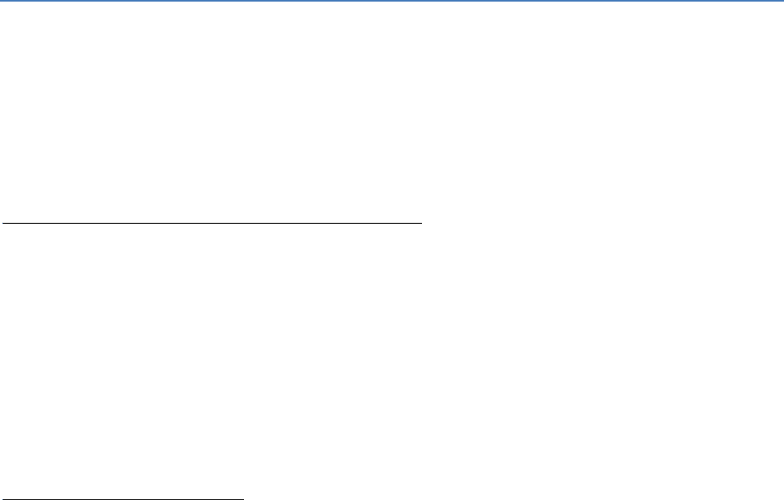 Chapter 8: Memory
 Memory – processes that allow us to record and later retrieve experiences and
information
 H.M. had hippocampus removed to stop seizures, but was left with amnesia
o Remembers past, forgets a few years before procedure, and cant form new
memories
o His performance on tasks improves even though he doesn’t remember them
MEMORY AS INFORAMATION PROCESSING
 Viewing the mind as a processing system that encodes, stores, and retrieves
information
 Encoding – getting information into system by translating it into a neural code that
your brain processes
o Kind of like typing and keystrokes translated into electrical code that computer
can understand and process
 Storage – retaining information over time
 Retrieval – pulling information out when we want to use it
A Three-Component Model
 Memory has 3 major components: sensory memory, short-term or “working”
memory, and long-term memory
 This model doesn’t assume each component corresponds to a specific part of the
brain
Sensory Memory
 Holds incoming sensory information just long enough for it to be recognized
 Composed of different subsystems, called sensory registers, which are the initial
information processors
 Visual sensory register is called the iconic store
o Stores information for a very brief amount of time, a fraction of a second
 Auditory sensory register is called the echoic store
o Lasts longer than iconic
o Around 2 seconds long
Short-Term / Working Memory
 Most information in sensory memory just fades away

 Through selective attention, a small portion of the information enter short term
memory, which holds the information that we are conscious of at any given time
 Also called working memory because it consciously processes, codes, and “works
on” information
Icon: temporary visual memory trace
Memory codes
 Information must be represented by some type of code if it is to be retained in
short term and eventually long term memory
 Memory codes are mental representations that can take on many forms:
o Mental image: visual encoding
o Code something by sound: phonological encoding
o Meaning of stimulus: semantic encoding
o Patterns of movement: motor encoding
 The form of memory code often doesn’t correspond to the form of the original
stimulus
o Ex. We read works (visual stimuli) but we form phonological codes since
we are saying the words to ourselves, and semantic codes since we are
thinking about their meaning
Capacity and duration
 Short term memory can hold only a limited about of information at a time
 We can hold about 5-9 items at a time in short term memory (letters, numbers,
words, etc.)
 Chunking – combining individual items into larger units of meaning, greatly aids
recall
 short term memory also limited in duration (as well as capacity)
 lasts about 20 seconds
 by rehearsing information (saying it over and over again in our heads or out
loud), we can extend its duration in short term memory indefinitely
 maintenance rehearsal – simplest repetition of information
o ex. Saying a phone number over and over again while you wait for the
phone
 elaborative rehearsal – focusing on meaning of information or relating it to other
things we already know
 both types keep information active in short term but elaborative is more effective
in transferring information into long term

Putting short term memory “to work”
 according to 3 stage model, things that stay in short term long enough will
eventually get transferred to long term
 used to be viewed as intermediate step between sensory to long term memory
 now it is viewed as a working memory – a mental workspace that actively and
simultaneously processes different types if info and supports other cognitive
functions like problem solving and planning, and interacts with long term
 one model breaks working memory into 4 components
1) auditory working memory (phonological loop) – like when we repeat things to
ourselves mentally
2) visual-spatial working memory (visuospatial sketchpad) – allows us to
temporarily store and manipulate images and spatial information, like when
forming mental maps of routes
3) episodic buffer – provides temporary storage space where info from long term
and from the phonological loop and/or visuospatial subsystems can be
integrated, manipulated, and mode available for conscious awareness; comes
into play when you chunk information
4) central executive – control process that directs action; heavily involved in
prefrontal cortex; manages how much attention is allocated to mental imagery
and auditory rehearsal, calls up information from long term, and integrates
input
Long-Term Memory
 we remain capable of forming new long term memories until we die
 long term storage capacity is unlimited
 once formed, these memories can last a lifetime
 serial position effect – U shaped pattern when graphed; meaning that recall is
influenced by a word’s position in a series of items
o has 2 components:
1) primacy effect – reflecting superior recall of early words; caused by the
fact that we can quickly rehearse them and transfer the first few words to
long term quickly; if we can avoid rehearsal, then this effect goes away...
for example by listing items faster
2) recency effect – reflecting superior recall of the most recent words; caused
by the fact that they are still in short term; this effect can go away if we
eliminate the last words from short term memory by delaying recall test by
30 seconds (while we are prevented from rehearsing)
ENCODING: ENTERING INFORMATION

Memory processes that allow us to record and later retrieve experiences and information. H. m. had hippocampus removed to stop seizures, but was left with amnesia: remembers past, forgets a few years before procedure, and cant form new memories, his performance on tasks improves even though he doesn"t remember them. Viewing the mind as a processing system that encodes, stores, and retrieves information. Encoding getting information into system by translating it into a neural code that your brain processes: kind of like typing and keystrokes translated into electrical code that computer can understand and process. Retrieval pulling information out when we want to use it. Memory has 3 major components: sensory memory, short-term or working memory, and long-term memory. This model doesn"t assume each component corresponds to a specific part of the brain. Holds incoming sensory information just long enough for it to be recognized. Composed of different subsystems, called sensory registers, which are the initial information processors.