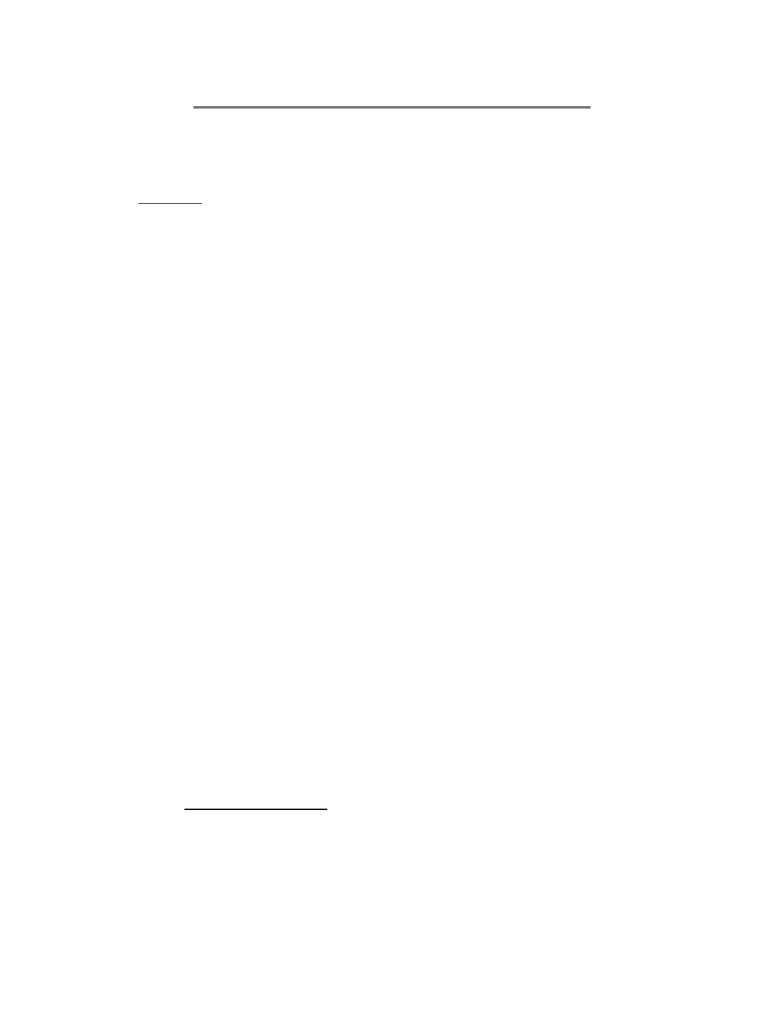 Psychology 1000 Chapter 3 Notes
CHAPTER 3 – Biological Foundations of Behaviour
Neurons
•Neurons: nerve cells that constitute the basic building blocks of the nervous
system
•3 main parts of neuron:
oa cell body (soma)
to keep neuron alive, nucleus carries genetic information that
determines how the cell develops and functions
odendrites
collect messages from neighbouring neurons and send them on
to the cell body
o axon
Conducts electrical impulses away from the cell body to other
neurons, muscles or glands
Branches out on ends to make axon terminals
Each axon may connect with dendritic branches making it
possible for a single neuron to pass messages to as many as
50,000 other neurons
•Glial cells:
o surround neuron and hold them in place
oManufacture nutrient chemicals that neurons need,
othey form myelin sheath around some axons
oabsorb toxins and waste materials that may damage neurons
oBlood-brain Barrier: prevents many substances from entering the brain
Nerve Conduction: An Electrochemical Process
•Neurons do 2 important things:
1
Unlock document 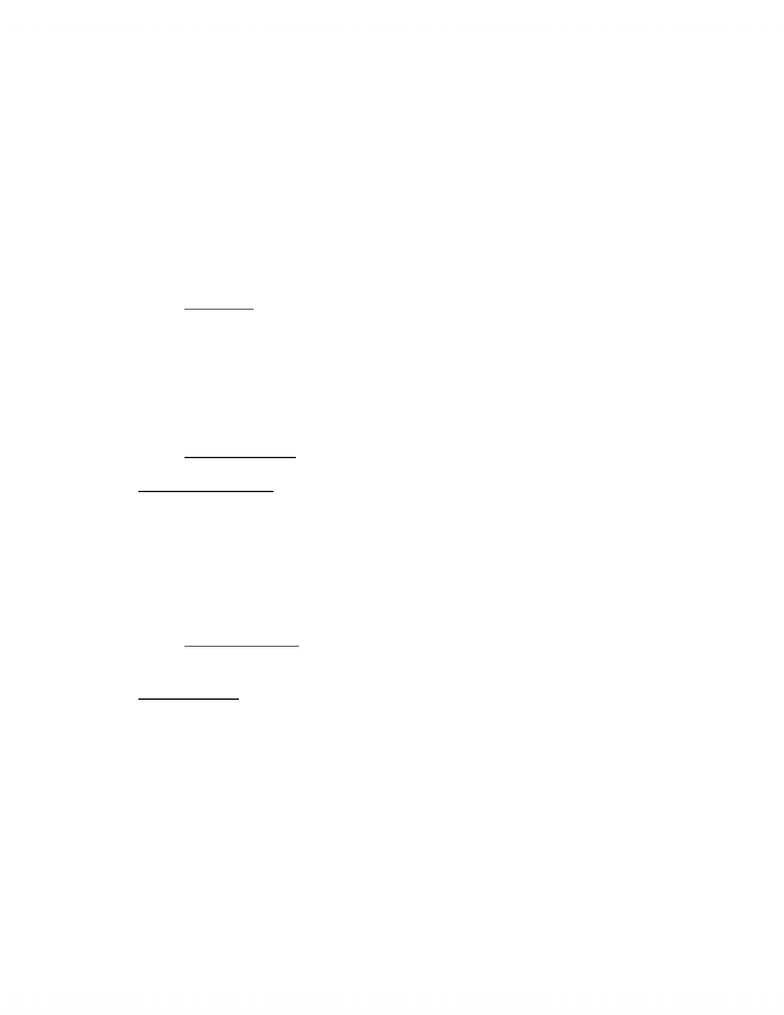 Psychology 1000 Chapter 3 Notes
oGenerate electricity
oRelease chemicals
•Neurons surrounded by positively charged sodium ions
•Inside it contains some positively charged potassium ions but also contains
negative ions
•Inside of neuron is electrically negative in relation to the outside producing
an electrical resting potential
oPolarized: neuron in resting state
The Action Potential
•Action Potential: sudden reversal in neuron’s membrane voltage, in which the
voltage moves from -70 millivolts to +40 millivolts
oDepolarization: shift from negative to positive voltage
•Graded Potentials: dendrites or the cell body of a neuron are stimulated by
axons from other neurons and small shifts occur in the cell membrane’s
electrical potential
•Action Potential Threshold: intensity of stimulation needed to produce an
action potential
•Action potential obeys the all or none law
oAll or None Law: either occurs with maximum intensity or doesn’t occur
at all
•Ion Channels: special protein molecules located on the membrane of a
neuron that control the entry and exit of specific ions
oCreates a state of partial depolarization that may reach the action
potential threshold
•Complete Depolarization
oWhen a neuron is at its resting potential, positively charged sodium
ions are kept inside the cell
oWhen the membrane reaches its threshold for generating an action
potential, specifc ion channels are activated
2
Unlock document 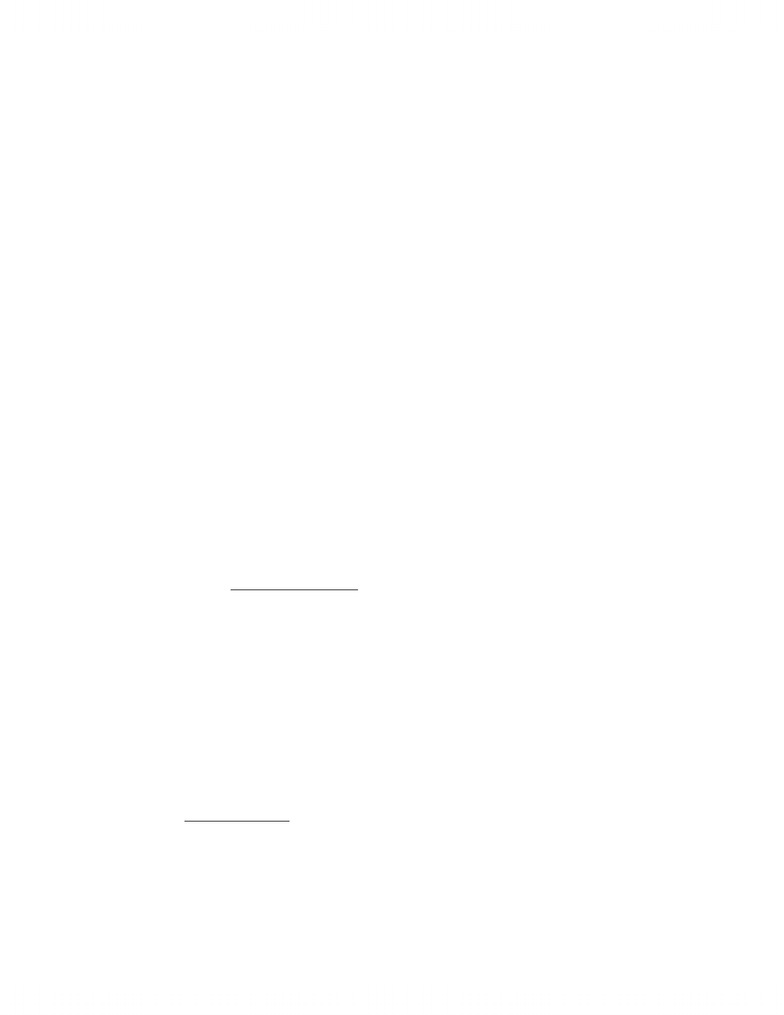 Psychology 1000 Chapter 3 Notes
oSodium ion channels are usually closed but when the membrane
reaches the threshold for generating an action potential, the sodium
ion channels open and positively charged sodium ions flow into the
neuron attracted by the negative electrical force within the cell
oPositively charged sodium ions carry positive electrical charge into the
interior of the cell
oInterior of the neuron goes from being negative to being more positive
than the outside of the cell
oSodium ion channels don’t stay open very long
oIn order to restore resting polarity, potassium channels open and the
positively charged potassium ions leave the cell
oAction potential started chain reaction “wave” that flows along
membrane as succeeding sodium channels open and the process is
repeated
oAfter action potential, sodium ions trapped inside are pumped outside
oPotassium ions that left during the action potential are pumped back
inside the neuron
oAfter an impulse passes any given point along the axon, a refractory
period occurs
Refractory Period: period during which the membrane is not
excitable and cannot discharge another action potential
oLimits the rate at which action potentials can be triggered in a neuron
oStrong stimulus may increase the rate of firing of the individual neuron
or it may increase the number of neurons that fire
The Myelin Sheath
•Axons are covered by a tubelike myelin sheath
oMyelin Sheath: fatty, whitish insulation layer derived from glial cells
during development and increases speed of neural transmission
•In unmyelinated axons, action potential travels down the axon length
3
Unlock document