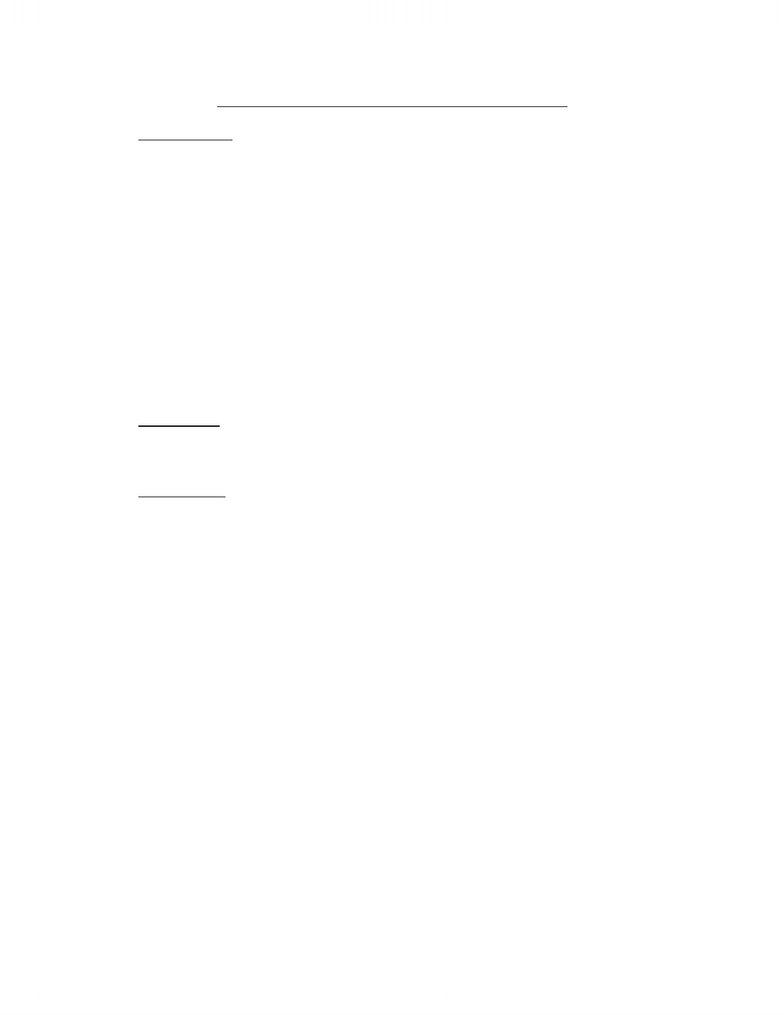 Psychology 1000 Chapter 5 Notes
Chapter 5 Notes – Sensation and Perception
•Synaesthesia – a condition in which stimuli are experienced not only in the
normal sensory modality, but in others as well (2 or more sense are coupled)
•5 stages of sensory processing and perception of information
oStimulus (light, sounds waves, chemical module or pressure) translate
into nerve impulses
oNeurons break down and analyze specific features of the stimuli
oStimulus piece constructed into neural representation that is then
compared with previously stored information
oAllows us to recognize the stimulus and give it meaning (perception)
oReceived, translate, detect, reconstructed, compared, results
•Sensation – stimulus detection process by which our sense organs respond to
and translate environmental stimuli into nerve impulses that are sent to the
brain
•Perception – making sense of what our senses tell us; active process of
organizing this stimulus input and giving it meaning
Sensory Processes
•5 senses: vision, audition (hearing), touch, gustation (taste) and olfaction
(smell)
•Receptors in the brain monitor the chemical composition of our blood
•Psychophysics – studies relations between the physical characteristics of
stimuli and sensory capabilities; concerned with two kinds of sensitivity
oAbsolute limits of sensitivity (i.e. what’s the weakest sound a human
can detect?
oDifference between stimuli (i.e. what’s the smallest difference in light
we can detect?)
Stimulus Detection: The Absolute Threshold
1
Unlock document 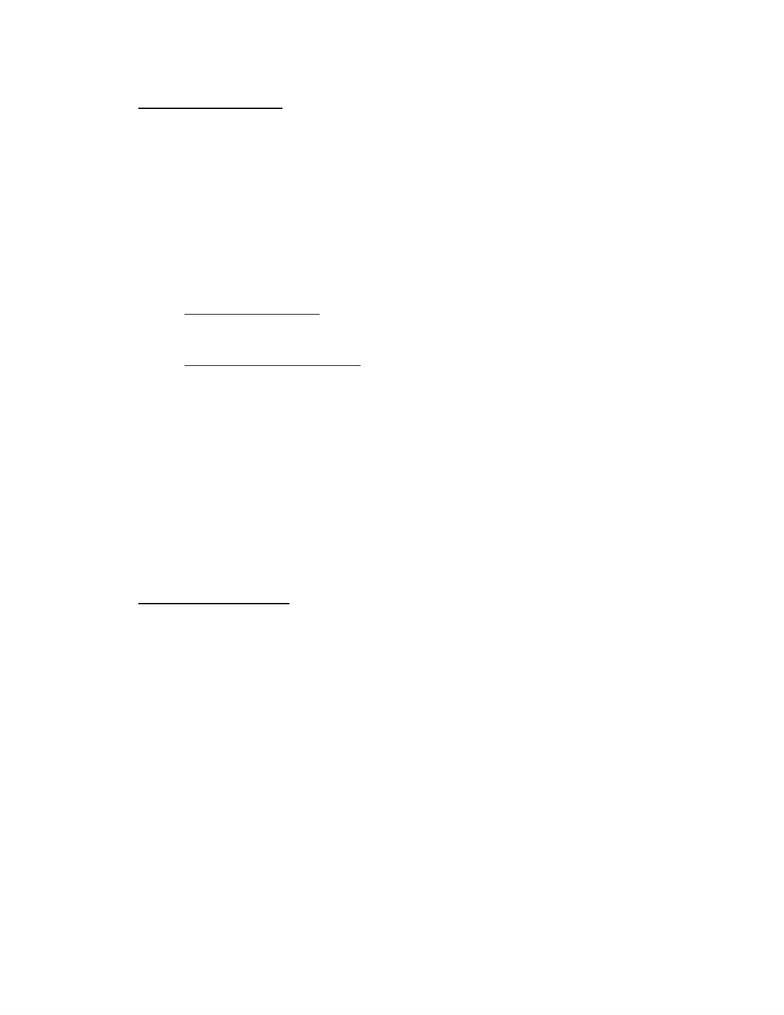 Psychology 1000 Chapter 5 Notes
•Absolute threshold – the lowest intensity at which a stimulus can be detected
correctly 50% of the time
•Lower the absolute threshold, the greater the sensitivity
•Psychologists concluded that there concept of a fixed absolute threshold is
inaccurate because there’s no single point on the intensity scale that
separates non-detection from detection of a stimulus
oInstead there’s a range of uncertainty and people set their own
decision criterion
oDecision criterion – standard of how certain they must be that a
stimulus is present before they will say they detect it
oSignal detection theory – concerned with the factors that influence
sensory judgements
oParticipants can be influenced to become bolder or more conservative
by manipulating the rewards and costs for giving correct and incorrect
responses
oSignal detection research shows us that perception is, in part, a
decision
The Neuroscience of Subliminal Perception and Prosopagnosia
•Subliminal Stimulus – one that is so weak or brief that, although it’s received
by the senses, it cannot be perceived consciously; the stimulus is well below
the absolute threshold
•Jon Krosnick did a study that involved showing people nine slides of a
particular person and measured their attitude towards that person
oFor half the participants, an unpleasant picture was shown right after,
which was shown subliminally
oThe remaining were shown pleasant pictures
oPeople who were shown the unpleasant picture expressed somewhat
negative attitudes towards the original picture of the person
oShows a process of subconscious attitude conditioning
•Prosopagnosia – unable to recognize familiar faces
2
Unlock document 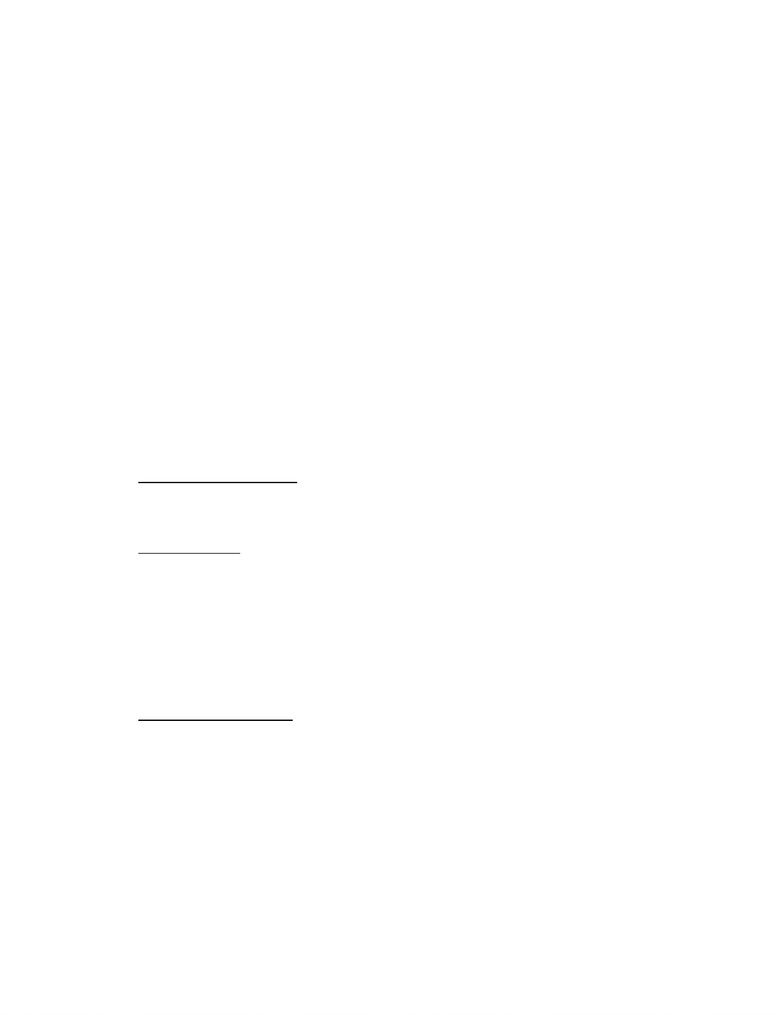 Psychology 1000 Chapter 5 Notes
oHave cortical damage in areas involving object perception
oD.F. Study; 3 points to note
High order facial recognition is a complex process involving
several brain regions including the lateral occipital area and
fusiform facial area and primary visual cortex
Research emphasizes the importance of the case study to
investigate psychological phenomena
Highlights the subtle manner in which subliminal stimuli may
have an effect
•Phillip Merikle and his colleagues argued that subliminal
cues and bias what we perceive at a conscious level and
may alter our conscious experience of those stimuli
The Difference Threshold
•Difference Threshold – smallest difference between two stimuli that people
can perceive 50% of the time (sometimes called just noticeable difference –
jnd)
•Weber’s Law – states that the difference threshold is directly proportional to
the magnitude of the stimulus with which the comparison is being made and
can be expressed as a Weber fraction
oThe smaller the fraction, the greater the sensitivity to differences
Sensory Adaptation
•Sensory Adaptation – the diminishing sensitivity to an unchanging stimulus;
sensory neurons are engineered to respond to constant stimulus by
decreasing their activity (habituation)
•If it wasn’t for involuntary eye movements that keeps images moving about
the retina, dormant objects would fade from eyesight if we stared at them
The Human Eye
3
Unlock document