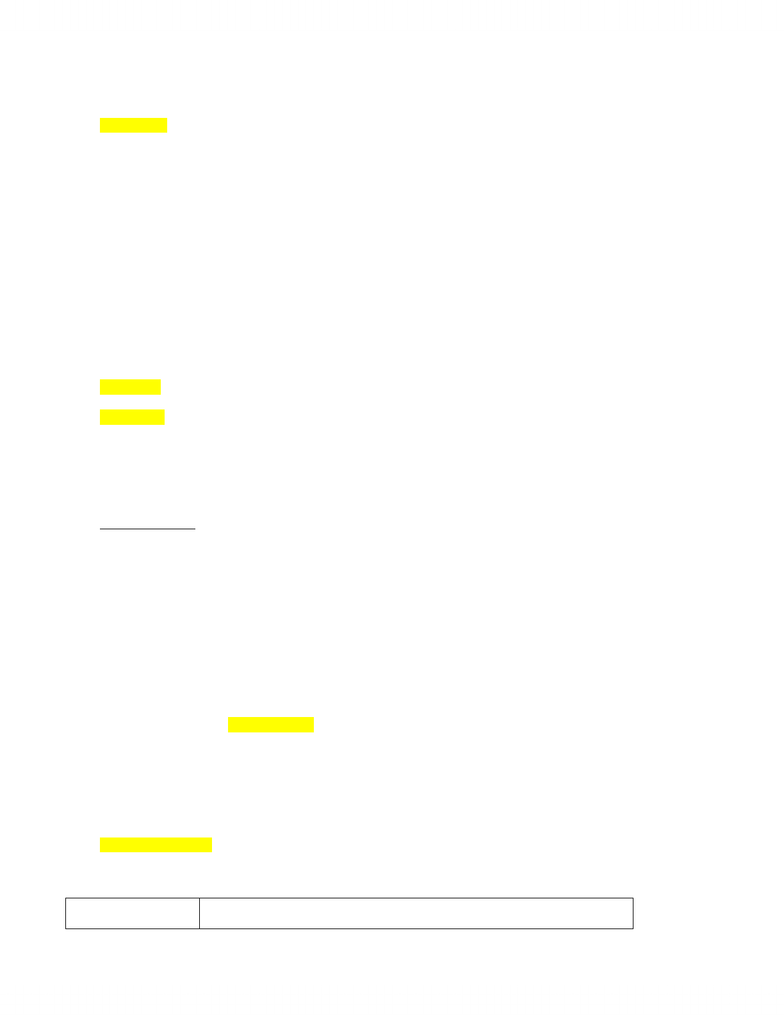 Chapter 5
Sensation and Perception
Synethesia: means “mixing of the senses”. They may experience sounds as colours or tastes as touch
sensations that have different shapes.
 Sensation  Perception;
 1. Stimulus is received by sensory receptors
 2. Receptors translate stimulus properties into nerve impulses (transduction) Whether the
stimulus is light, sound waves, a chemical molecule, or pressure, your sensory receptors must
translate this information into the only language your nervous system understands-(language of
nerve impulses)
 3. Feature detectors analyze stimulus features
 4. Stimulus features are reconstructed into neural representation
 5. Neural representation is compared with previously stored information in brain. i.e. knowledge,
touch, smell, feel
 6. Matching process results in recognition and interpretation of stimuli and gives it meaning
 NOW A PERSON HAS PERCEPTION 
 In some ways, sensation and perception blend together so completely that they are difficult to
separate, for stimulation we receive through our sense organs is instantaneously organized and
transformed into the experiences that we refer to as perceptions.
Sensation: is the stimulus-detection process by which our sense organs respond to and translate
environmental stimuli into nerve impulses that are sent to the brain.
Perception: making “sense” of what our senses tell us, is the active process of organizing this stimulus
input and giving it meaning.
 Because perception is an active and creative process, the same sensory input may be perceived in
different ways at different times. Your interpretation, of perception of the characters is influenced
by their context-that is, by the characters that preceded and followed them, and by your learned
expectation of what normally follows the letter A and the number 12.
Sensory Process
 Your brain cannot understand light waves, sound waves, or the other forms of energy.
 Contact with the outer world is possible because certain neurons have developed into specialized
sensory receptors that can transform these energy forms into the code language of nerve
impulses.
 There appear to be more than the five classical senses with which we are familiar:
 1. Vision
 2. audition (hearing)
 3. Touch Subdivided into separate senses of a. pressure b. pain and c. temperature
 4. gestation (taste)
 5. olfaction (smell)
 The immune system also has sensory functions that allow it to detect foreign invaders and to
receive stimulation from the brain.
The scientific are of psychophysics: which studies relations between the physical characteristics of
stimuli and sensory capabilities, is concerned with two kinds of sensitivity.
1. Concerns the absolute limits of sensitivity. I.e. what is the dimmest light, the softest sound, or the
weakest salt solution that humans can detect?
2. Deals with differences between stimuli. I.e. what is the smallest difference in brightness that we can
detect? How much difference must there be in two tones before we can tell that they are not identical?
Stimulus Detection: The Absolute Threshold
Absolute threshold: as the lowest intensity at which a stimulus can be detected correctly 50 percent of
the time. Thus the lower the absolute threshold, the greater the sensitivity.
Some approximate absolute thresholds for various senses
Sense
Modality
Absolute Threshold
Unlock document 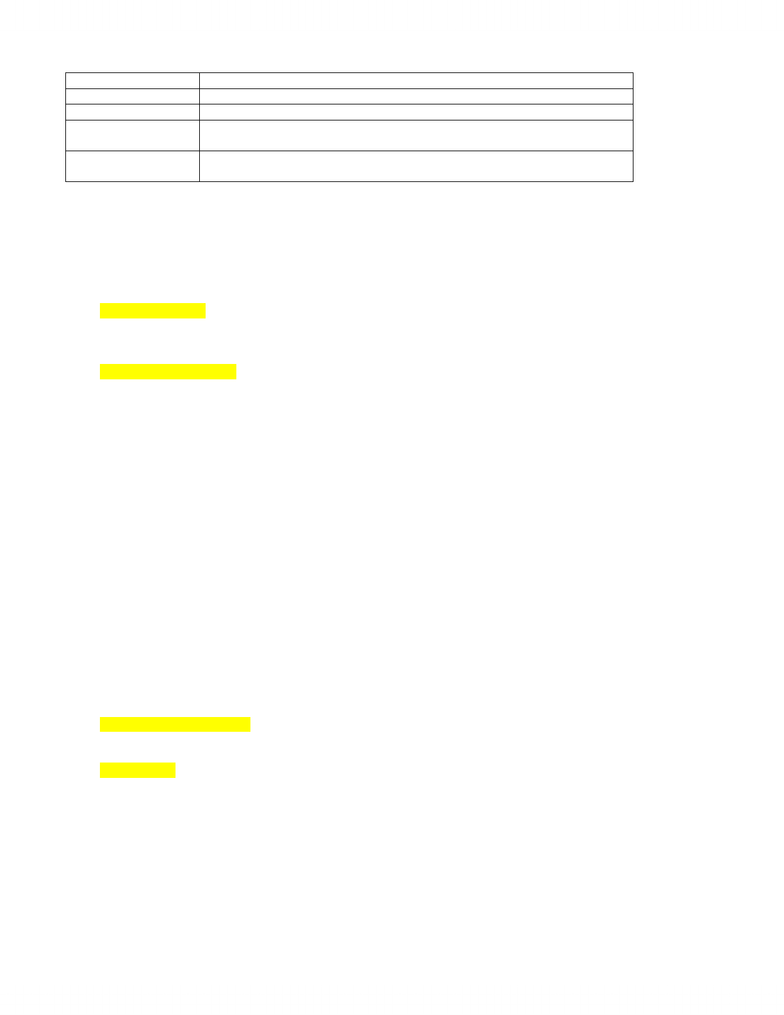 Vision
Candle flame seen at approx 50 km on a clear, dark night.
Hearing
Tick of watch under quiet conditions at approx six metres.
Taste
1 teaspoon of sugar in approx 7.5L of water
Smell
One drop perfume diffused into the entire volume of a large
apartment
Touch
Wing of a fly or bee falling on your cheek from a distance of one
centimetre.
Signal Detection theory
 At one time it was assumed that each person had a more or less fixed level of sensitivity for each
sense. But psychologists who study stimulus detection found that people’s apparent sensitivity
can fluctuate quite a bit.
 They concluded that the concept of a fixed absolute threshold is inaccurate because there is no
single point on the intensity scale that separates non-detection from detection of a stimulus.
There is instead a range of uncertainty.
Decision criterion: a standard of how certain they must be that a stimulus is present before they will say
they detect it.
 It can change from time to time, depending on factors such as fatigue (tiredness), expectation, and
the potential significance of the stimulus.
Signal detection theory: is concerned with the factors that influence sensory judgement.
 In a typical signal detection experiment, participants are told that after a warning light appears, a
barely perceptible tone may or may not be presented. Their task is to tell the experimenter
whether they heard the tone.
 If tone is presented the participants say “yes” (hit) or “no” (miss).
 If no tone presented the participant may say “yes: (false alarm) or “no” (a correct rejection).
 Bold participants may say yes and have a lot more hits but they will also have a lot more misses
than conservative participants.
 Participants can be influenced to become bolder or more passive by manipulating the rewards
and costs for giving correct or incorrect responses.
 At low stimulus intensities, both the participant’s and the situation’s characteristics influence the
decision criterion
 Signal detection research shows us that perception is, in part, a decision.
 Navy Radar- more likely to notice a faint blip on the screen during a wartime mission, when a
miss might have disastrous consequences during a peacetime voyage.
 Doctor- would not perform a risky medical procedure without strong evidence to support their
diagnosis, participants become more conservative in their “yes” responses as costs for false
alarms are increased, resulting in higher detection thresholds.
The Difference Threshold
 Distinguishing between stimuli can sometimes be as important as detecting stimuli in the first
place. Professional wine tasters and piano tuners make their livings by being able to make very
slight discriminations between stimuli.
The Difference Threshold: is defined as the smallest difference between two stimuli that people can
perceive 50% of the time. Sometimes called just noticeable difference (jnd).
 There is some degree of lawfulness in the range of sensitivities within our sensory systems.
Weber’s law: states that the difference threshold, or jnd, is directly proportional to the magnitude of the
stimulus with which the comparison is being made, and can be expressed as Weber fraction. I.E. the jnd
value for weights is a Weber fraction of approx 1/50. This means that if you lift a weight of 50g, a
comparison weight must weigh at least 51 grams in order for you to be able to judge it as heavier. If the
weight were 500 grams, a second weight would have to weigh at least 510 grams (i.e. 1/50 = 10g/500g)
for you to discriminate between them.
 Although Weber’s law breaks down at extremely high and low intensities of stimulation, it holds
up reasonably well within the most frequently encountered range.
 The smaller the fraction, the greater the sensitivity to differences.
 Humans show greater sensitivity in their visual sense than they do in their sense of smell
Unlock document 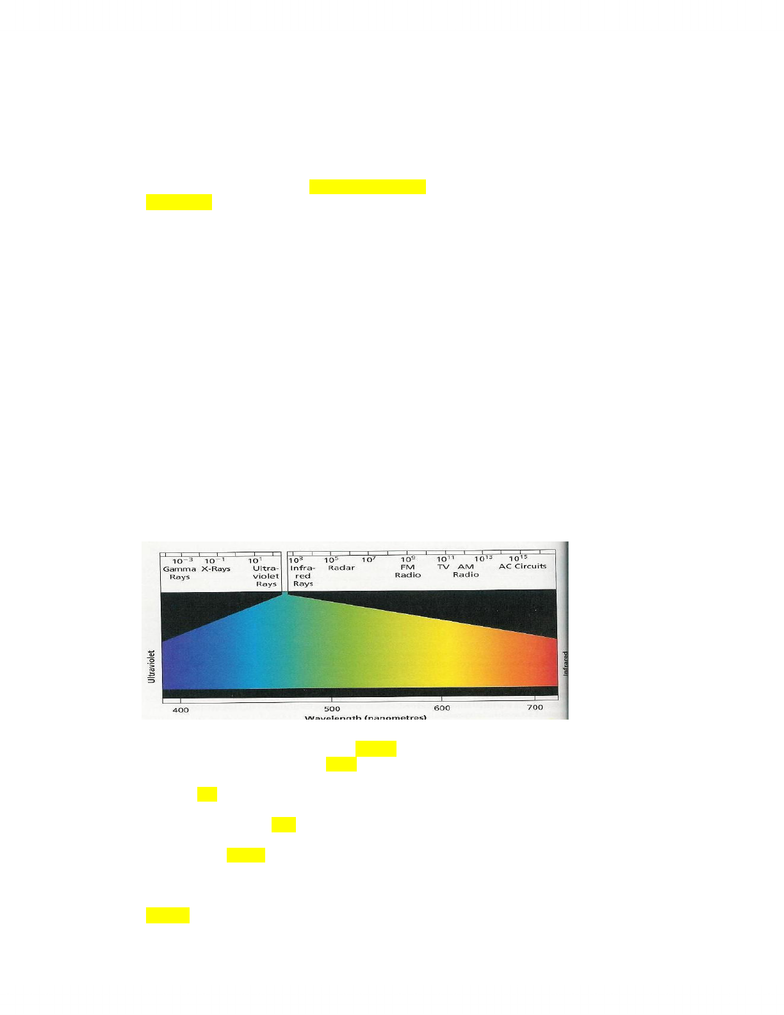  Weber fractions also show that humans are highly sensitive to differences in the pitch of sounds,
but far less sensitive to loudness differences.
Sensory Adaptation
 Sensory systems are finely attuned to changes in stimulation. Sensory neurons are engineered to
respond to a constant stimulus by decreasing their activity, and the diminishing sensitivity to an
unchanging stimulus is called sensory adaptation.
 Adaptation (a.k.a. habituation) is a part of everyday experience.
o Background sounds will eventually go largely unheard.
o Jumping into a freezing pool, your body gets used to it.
 Adaptation occurs in all sensory modalities, including vision
 Were it not for tiny involuntary eye movements that keep images moving about the retina,
stationary objects would simply fade from sight if we stared at them.
 Pritchard- to create a stabilized retinal imagine, a person wears a contact lens to which a tiny
projector has been attached. This procedure guaranteed that visual images presented through
the projector would maintain a constant position on the retina, even when the eye moved. When a
stabilizes image was projected through the lens onto the retina, participants reported that the
image appeared in its entirety for a time, then began to vanish and reappear as parts of the
original stimulus.
 Although sensory adaptations may reduce our overall sensitivity, it is adaptive, because it frees
our sense form the constant and the ordinary to pick up informative chances in the environment
Vision
 The normal stimulus for vision is electromagnetic energy, or light waves, which are measured in
nanometers (nm, or one billionth of a metre).
 In addition to that tiny portion that humans can perceive, the electromagnetic spectrum includes
X-rays, television and radio signals, and infrared and ultraviolet rays.
 Our visual system is sensitive only to wavelengths extending from about 700nm (red) down to
about 400nm (blue-violet). ROY G. BIV-red, orange, yellow, green, blue, indigo, and violet.
The Human Eye
 Light waves enter the eye through the cornea, a transparent protective structure at the front of
the eye. Behind the cornea is the pupil: an adjustable opening that can dilate or constrict to
control the amount of light that enters the eye. The pupil’s size is controlled by muscles in the
coloured iris that surrounds the pupil. Low levels of illumination cause the pupil to dilate letting
morel light into the eye to improve optical clarity; bright light triggers constriction of the pupil.
 Behind the pupil is the lens: an elastic structure that becomes thinner to focus on distant objects
and thicker to focus on nearby objects. So the lens of the eye focuses the visual image on the
light-sensitive retina, a multi layered tissue at the rear of the fluid filled eyeball. The lens reverses
the image from right to left and top to bottom when it is projected upon the retina, but the brain
reconstructs the visual input into the image that we perceive. The ability to see clearly depends
on the lens’s ability to focus the image directly onto the retina.
 Myopia: if you have good vision for nearby objects but have difficulty seeing faraway objects,
(nearsightedness). The lens focuses the visual image in front of the retina (too near the lens)
Unlock document

They may experience sounds as colours or tastes as touch sensations that have different shapes. Receptors translate stimulus properties into nerve impulses (transduction) whether the stimulus is light, sound waves, a chemical molecule, or pressure, your sensory receptors must translate this information into the only language your nervous system understands-(language of nerve impulses) Neural representation is compared with previously stored information in brain. i. e. knowledge, touch, smell, feel. Matching process results in recognition and interpretation of stimuli and gives it meaning. In some ways, sensation and perception blend together so completely that they are difficult to separate, for stimulation we receive through our sense organs is instantaneously organized and transformed into the experiences that we refer to as perceptions. Sensation: is the stimulus-detection process by which our sense organs respond to and translate environmental stimuli into nerve impulses that are sent to the brain.