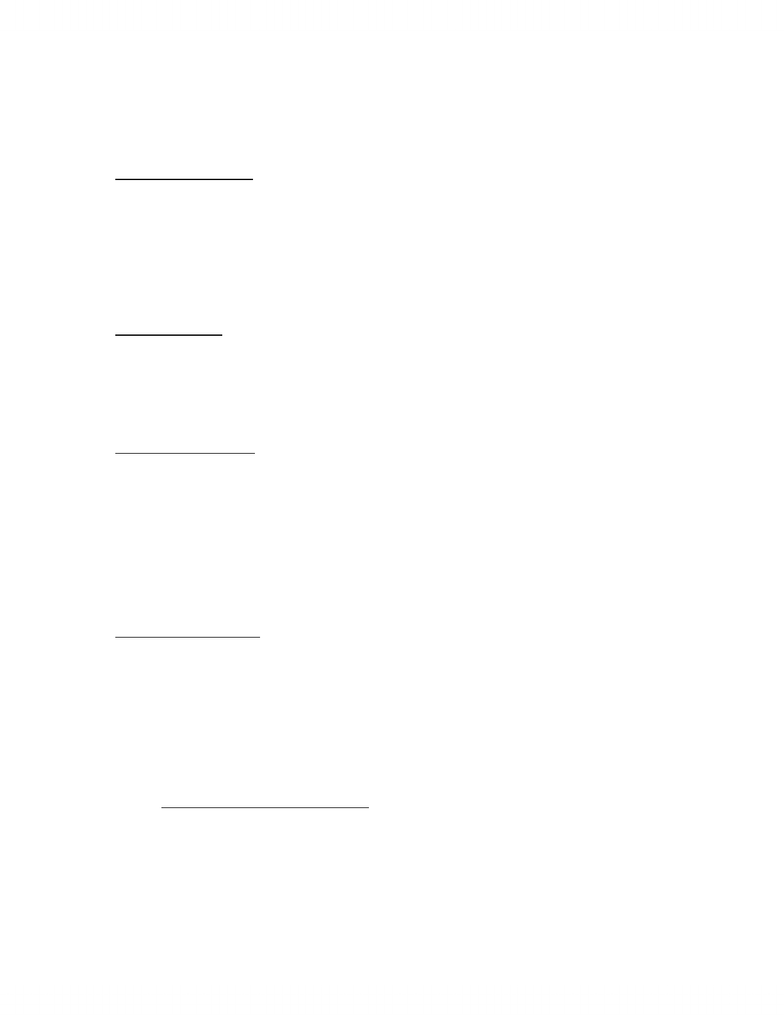 Chapter 1 – Psychology: The Science of Behaviour
Psychology - The scientific study of behaviour and the factors that influence it.
Taking into account Biological, Individual and Environmental factors.
Basic and Applied Science
•Two types of research:
oBasic research: Knowledge gained purely for its own sake. The goals are to describe
how people behave and to identify factors that influence it. Research maybe carried out in
lab or real world
• e.g. Robert Cave – Jigsaw case study - showed how competition leads to
hostility but could be reduced by making them dependent on each other.
oApplied research: Knowledge gained to solve specific practical problems. Uses
principles discovered via basic research to solve practical problems.
Goals of Psychology
•Four basic goals: to DEPIc (t) what psychology is
oDescribe how people and animals behave
oExplain and understand the causes of the behaviour
oPredict how people and animals behave under certain conditions
oInfluence or control the behaviour through knowledge and control of causes
Importance of Perspectives
•Diverse viewpoints allows for enriched understanding of behaviour and its causes
•Six different perspectives: biological, cognitive, psychodynamic, behavioural, humanistic, and
sociocultural. PBS & HBC
oPsychodynamic - unconscious forces motivating behaviour
oBehavioural - role of external environment on our action
oSociocultural - culture and behaviour relate
oHumanistic - self actualization and free will
oBiological - physical side of human nature, brain and genes
oCognitive - thought process
The Biological Perspective
•Focuses on the physical side of human nature
oEmphasizes role of brain, including biochemical processes
•Mind-body dualism: The belief that the mind is a spiritual entity not subject to the physical laws
that govern the body
oNo amount of research on the body could ever explain the mind
oAncient widely-held view, especially by Greeks
•Monism: The belief that the mind and body are one, and mental events are a product of physical
events
oModern view by most scientists
Discovery of Brain-Behaviour Relations
•Late 1700s, Luigi Galvani discovered severed leg of frog moved with electrical current
applied to it
oDefied prior belief that bodily movements were caused by soul
•By 1870, researchers applied electrical stimulation directly to brains of animals
oStimulation of specific areas on brain resulted in movements of particular
muscles 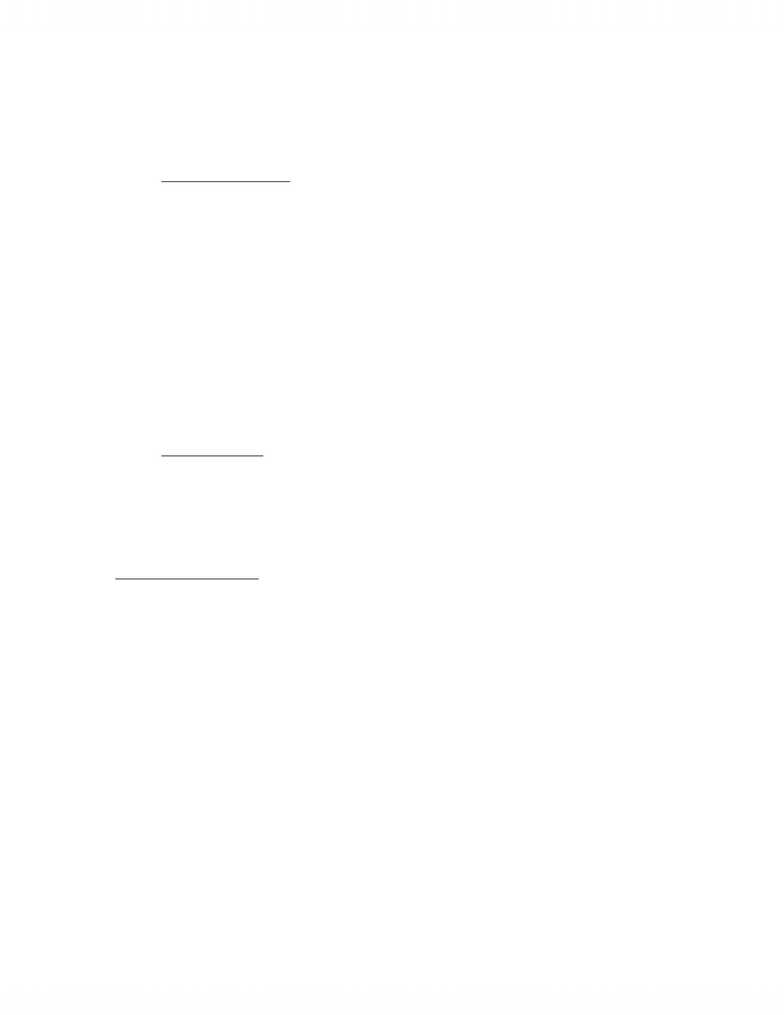 •Karl Lashley damaged specific regions of brain and studied effects on learning and
memory abilities in animals trained to run through mazes
•In 1929, invention of electroencephalogram (EEG) allowed researchers to measure
electrical activity of large areas of brain
Evolution and Behaviour
•Darwin’s theory of natural selection demonstrated that inheritable characteristics that
increase likelihood of survival will be maintained. Proposed that humans and apes arose
from the same ancestor.
•Evolutionary psychology focuses on role of evolution in development of human
behaviour
oPsychologists stress organism’s biology determine its behavioural capabilities
and behaviour
•Sociobiology holds that complex social behaviours are built into human species as
products of evolution
oNatural selection favors behaviours that increase ability to pass on genes
(aggression, competition, dominance in males, cooperation and nurturing in
females, etc.)
oSociobiologists believe that one’s genetic survival is more important than one’s
own physical survival (altruism)
oCriticized for overemphasizing innate biological factors at expense of cultural
and social learning factors in explaining complex human social behaviour
Behaviour Genetics
•Study of how behavioural tendencies are influenced by genetic factors
•Animals can be bred not only for physical, but also behavioural traits (aggression,
intelligence, etc.)
•Identical twins, with identical genetic makeup, are very similar in behaviour compared to
fraternal twins
oFound even when identical twins reared in different homes
The Cognitive Perspective
•Views humans as information processors and problem solvers whose actions are governed by
thought and planning. What sets humans apart is that we have mental capabilities.
oStudies how mental processes influence our motives, emotions, and behaviour
•Several schools and individuals contributed to modern cognitive perspective:
oStructuralism
Analysis of mind in terms of its basic elements
Studied sensations through introspection (“looking within”)Patients were
exposed to stimuli and asked to explain their experiences.
Wilhelm Wundt wanted to model study of the mind after physical and biological
sciences. Believed mind could be studied via breaking it down to its basic parts,
this was called structuralism. Believed sensations were basic elements of
consciousness.
•Founded first laboratory of experimental psychology in 1879
oFunctionalism
Psychology should study the functions of consciousness (the “why’s) rather than
its structure- (the What’s)
Influenced partly by Darwin’s evolutionary theory (adaption to succeed)
William James broad functionalist approach helped widen the scope of
psychology to include biological/mental processes and behaviour
oGestalt Psychology
Concerned with how elements of experience are organized into wholes 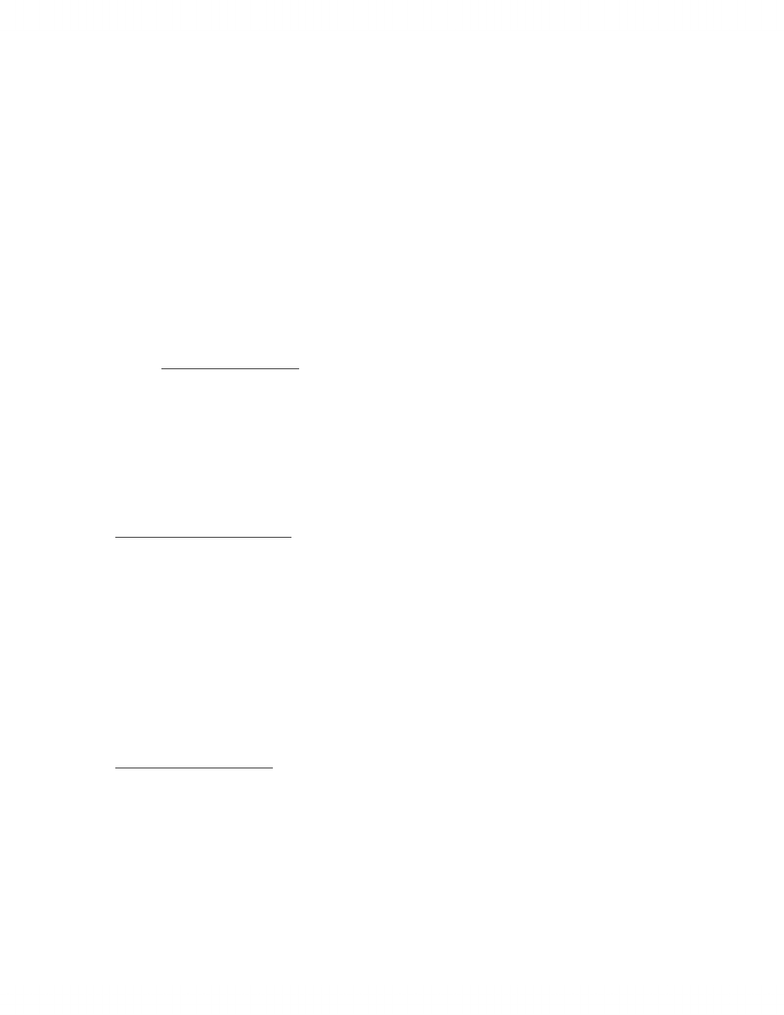 •Opposite of structuralism
Wolfgang Kohler concluded that ability to perceive relationships is the essence
of intelligence
•Defined “insight” as sudden perception of a useful relationship or
solution to a problem
•Demonstrated insight by observing chimpanzee use various items in a
cage to reach a banana at the top
oJean Piaget
Studied how children think, reason, and solve problems
Concerned with how the mind and its development contribute to our ability to
adapt to our environment
oAlbert Ellis and Aaron Beck
Attempted to understand how mental distortions and irrational thought patterns
create emotional problems
Emphasized that distress and maladaptive behaviour are caused by the ways
situations are thought about, not by external situations
Modern Cognitive Science
•Artificial intelligence develops computer models of complex human thought, reasoning,
and problem solving
•Interested in how people produce and recognize speech and how creative solutions to
problems are produced
•Social constructivism: What we consider reality is in large part our own mental creation
oLittle shared reality exists apart from what groups of people socially construct
through subjective meaning they give to their experiences
oBelieve male and female sex roles created not by nature, but by shared world
view that exists within social groups
The Psychodynamic Perspective
•Searches for causes of behaviour within workings of personality, emphasizing role of unconscious
processes and unresolved conflicts from past
•Sigmund Freud emphasized role of complex psychological forces in controlling human behaviour
oFocused on hysteria, condition where physical symptoms develop without organic cause
oFound improvement in patients after they reported and relived painful childhood sexual
experiences
oLed Freud to believe that most of human behaviour is influenced by unconscious forces
oBelieved repression was a defense mechanism to keep anxiety-arousing impulses,
feelings, and memories in unconscious depth of mind
oAll behaviour is a reflection of unconscious internal struggle between conflicting
psychological forces of impulse and defenses
•Freud opposed laboratory research, and depended on clinical observations and personal self-
analysis
The Behavioural Perspective
•Focuses on the role of the external environment in shaping and governing our actions
oBehaviour influenced by learned habits and by stimuli in the environment
•History rooted in school of philosophy known as British Empiricism
oAll ideas and knowledge are gained empirically
oJohn Locke: The human mind is initially a white paper, to be furnished by experience
oObservation overrules reasoning, since “seeing is believing” while reasoning has
potential for error
oPavlov found involuntary learning in dogs from external stimulus
•John Watson lead movement of behaviourism in 1920s