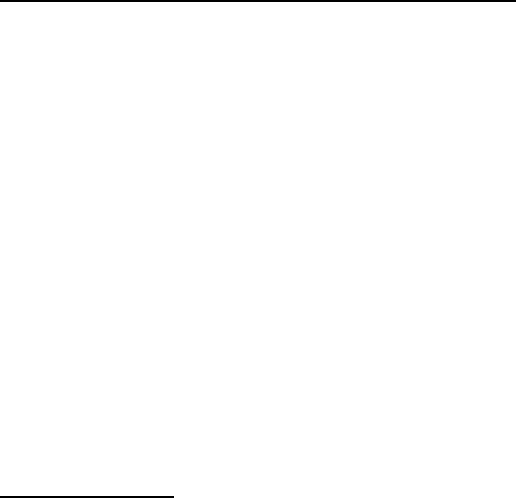 CHAPTER 18- Sexual Disorders and Sex Therapy
Sexual Disorder- when a problem with sexual response causes significant psychological
distress or interpersonal difficultly (sexual dysfunction also used)
Examples:
- A man’s difficultly getting an erection
- A woman’s difficultly having an orgasm
Lifelong sexual disorder- a sexual disorder that has been present since the person began
sexual functioning
- Until 1960 the only available treatment was long term psychoanalysis, which was
costly and not very effective
- In 1970 the publication of Human Sexual Inadequacy by Masters and Johnson
reported on sexual disorder’s as well as on rapid-treatment program of
behavioural therapy
- Since then there have been other treatments such as cognitive behavioural therapy
and medical (drug) treatments
Sexual Disorders
There are 4 categories of sexual disorders:
1. Desire disorders
2. Arousal disorders
3. Orgasmic disorders
4. Sexual pain disorders
- The first 3 categories correspond to components of the sexual response cycle
described by Helen Kaplan (chapter 9)
- The sexual response cycle has been criticized particularly for women because it
assumes that people proceed in a linear fashion from one phase to the other
- Also because the diagnostic categories focus on genital responding and neglect
subjective arousal
Each disorder can be seen to vary along 2 dimensions:
1. Lifelong (primary sexual disorder)- occurs when the individual has always had
the disorder (e.g., the person has never had an orgasm)
2. Acquired (secondary sexual disorder)- occurs when the individual currently has
the problem but did not have the problem in the past (e.g., has had orgasms in the
past but is currently unable to orgasm)
Sexual disorders can also be either:
- Generalized: occurring in all situations
- Situational: when the disorder occurs in some situations but not in others
Desire Disorder
Unlock document

Already have an account? Log in
Includes:
- Hypoactive sexual desire
- Sexual aversion disorder
Hypoactive Sexual Desire
The term HSD is used when an individual does not have spontaneous thoughts or
fantasies about sexual activity and is not interested in sexual activity
- They lack a libido
- Also termed as inhibited sexual desire or low sexual desire
Responsive desire is when people feel desire after sexual activity starts (where most
people feel it before)
- People with HSD typically avoid situations that will evoke sexual feelings
- If they do engage in sexual activity it may be because of pressure from their
partner or to meet non-sexual needs such as the need for physical comfort or
intimacy
- Too little sexual desire is the most common sexual issue reported in women
- 30% of Canadian women report diminished sexual desire
- 10% to 15% of women report no sexual desire with the percent increasing with
age
- The problem may not be the individual’s level of desire, but a discrepancy
between the partners’ levels
Discrepancy of sexual desire- A sexual problem in which the partners have considerably
different levels of sexual desire
Sexual Aversion Disorder
In SAD the person has strong aversion to sexual interaction, involving anxiety, fear, or
disgust, and actively avoids any kind of genital contact with a partner
- Fairly common in persons who have panic disorder
Arousal Disorder
Includes:
- Female arousal disorder
- Male erectile disorder
Erectile Disorder
ED is the inability to have an erection or maintain one
- Other terms for it are erectile dysfunction and inhibited sexual excitement
- A result of it is that the man cannot have sex
Unlock document

Already have an account? Log in
Cases of ED can be:
- Lifelong erectile disorder (rare)
- Acquired erectile disorder
- Situational (generalized)
About 10% of men have experienced an erection problem within the last 12 months
Varies by age:
- 7% for 18-29 year olds
- 18% for 50-59 year olds
- Another survey found that 19% of 50-59 year olds
- 39% in men 60 and over
ED is the most common of the disorders among men who seek sex therapy (particularly
since the introduction of Viagra)
Female Sexual Arousal Disorder
FSAD refers to the lack of response to sexual stimulation
- Involves both a subjective, psychological component and a physiological element
- Defined partly by the women’s own subjective sense that she does not feel
aroused and partly by difficulties with vaginal lubrication
Difficulties with lubrication are common
- Reported by 19% of the women in the NHSLS
- Become frequent in women during and after menopause and is not a disorder (as
estrogen levels decline, vaginal lubrication decreases)
Orgasmic Disorder
Includes:
- Premature ejaculation
- Male orgasmic disorder
- Female orgasmic disorder
Premature (rapid) Ejaculation
PE occurs when a man has an orgasm and ejaculates sooner than desired
- In extreme cases ejaculation may take place so soon after erection that it occurs
before penetration can occur
- In some cases the man can delay ejaculation but not enough to meet their partners
needs
- Some experts prefer the terms early ejaculation or rapid ejaculation because they
have fewer negative connotation
Psychiatrist and sex therapist Helen Singer Kaplan believe that the key to defining rapid
ejaculation is:
Unlock document