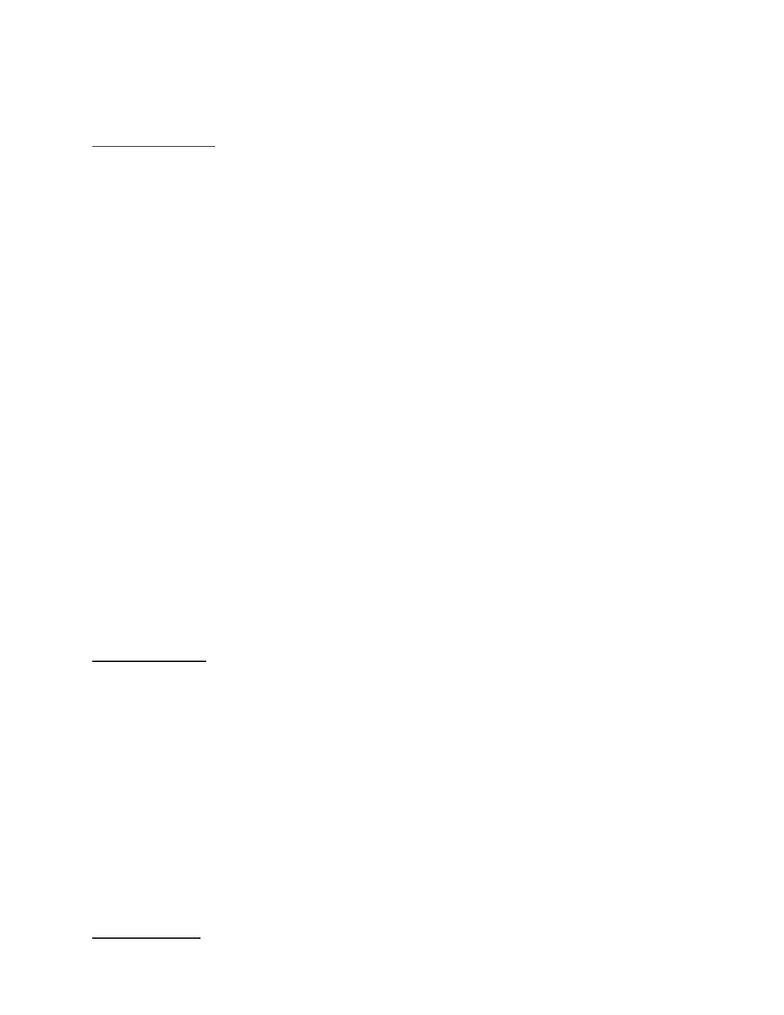 PS102 Chapter 7 – Human Memory Week 3
Encoding: Getting Information into Memory
-Sometimes the information just doesn’t seem important, so you devote very little or no attention to it
-Active encoding is a crucial process in memory
The Role of Attention
-You need to pay attention to information if you intend to remember it
-Attention involves focusing awareness on a narrowed range of stimuli or events
-Selective attention is critical to everyday functioning
-Attention is often likened to a filter that screens out most potential stimuli while allowing a select few
to pass through conscious awareness
-Ex. At a party and you’re only paying attention to the conversation you’re having – not the others
around you, you’ve zoned those out, but if you hear someone calling your name, you will automatically
hear it
-It is clear that people have difficultly if they attempt to focus their attention on two or more inputs
simultaneously
-When participants are forced to divide their attention between memory encoding and some other task,
large reductions in memory performance are seen
-Divided attention can have a negative impact on the performance of quite a variety of tasks, especially
when the tasks are complex or unfamiliar
-The human brain can effectively handle only one attention-consuming task at a time
-When people multitask, they are switching their attention back and forth among tasks, rather than
processing them simultaneously
-While much of the information we want to remember is encoded as a result of effortful processing,
some types of information may be acquired more automatically
-In the first type of processing, you are picking up information because you are intentionally attempting
to do so, such as when you are listening to your prof
-Other information, such as the frequency of word use is picked up without intending to do so
-The ability to answer questions based on each type of processing has been found to be a function of
several factors, including circadian patterns and age
Levels of Processing
-Attention is critical to the encoding of memories – not all attention is created equal
-You can attend to things in different ways, focusing on different aspects of the stimulus input
-How people attend to information are the main factors influencing how much they remember
-In dealing with verbal information, people engage in three progressively deeper levels of processing:
structural, phonemic, and semantic encoding
-Structural encoding is relatively shallow processing that emphasizes the physical structure of the
stimulus
-Phonemic encoding emphasizes what a word sounds like
-Semantic encoding emphasizes the meaning of verbal input; it involves thinking about the objects and
actions the words represents
-Levels-of-processing theory proposes that deeper levels of processing result in longer-lasting memory
codes
Enriching Encoding
-There are other dimensions to encoding, dimensions that can enrich the encoding process and thereby
Unlock document 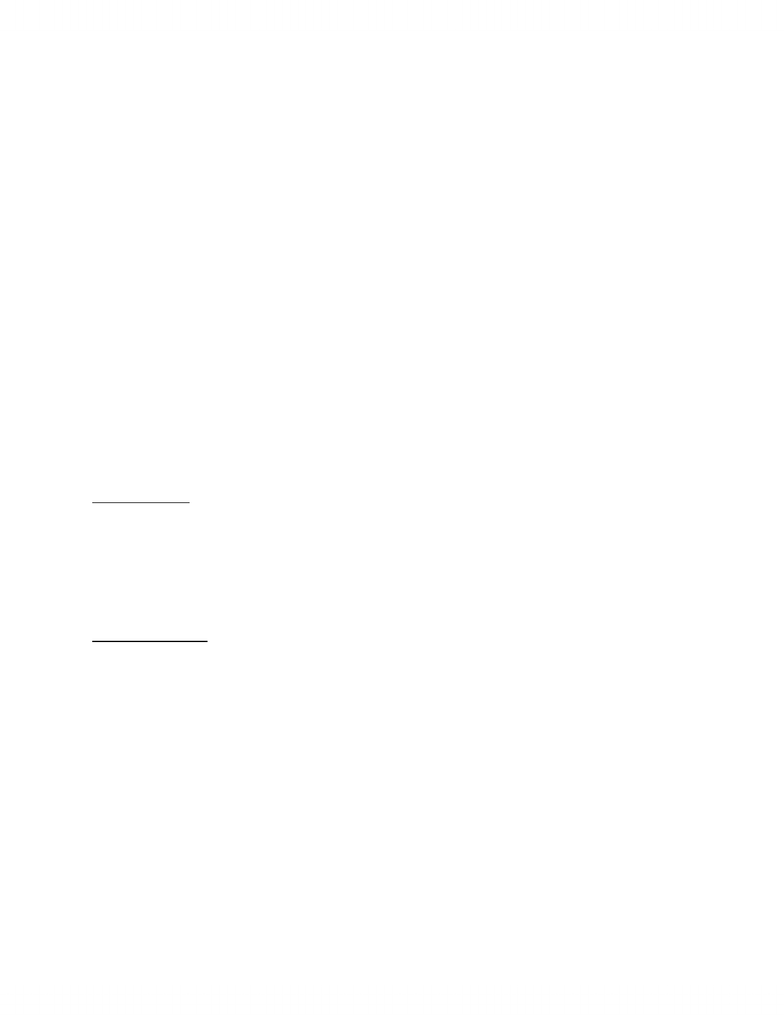 PS102 Chapter 7 – Human Memory Week 3
improve memory: elaboration, visual imagery, and self-referent coding
Elaboration
-Elaboration is linking a stimulus to other information at the time of encoding
-The additional associations created by elaboration usually help people to remember information
Visual Imagery
-The creation of visual images to represent the words to be remembered
-The impact of imagery is quite evident
-Imagery facilitates memory because it provides a second king of memory code, and two codes are
better than one
-Dual-coding theory holds that memory is enhanced by forming semantic and visual codes, since either
can lead to recall
-The use of mental imagery can enhance memory in many situations
Self-Referent Encoding
-Making material personally meaningful can enrich encoding
-Self-referent encoding involves deciding how or whether information is personally relevant
-Appears to enhance recall by promoting additional elaboration and better organization of information
Storage: Maintaining Information in Memory
Sensory Memory
-The sensory memory preserves information in its original sensory form for a brief time, usually only a
fraction of a second
-Sensory memory allows the sensation of a visual pattern, sound, or touch to linger for a brief moment
after the sensory stimulation is over
-Ex. Visual afterimage when you wave a sparkler in a circle – it looks like a complete circle
Short-term Memory
-Short-term memory (STM) is a limited-capacity store that can maintain unrehearsed information for up
to about 20 seconds
-Rehearsal – the process of repetitively verbalizing or thinking about the information
-In using maintenance rehearsal you are simply maintaining the information in consciousness, while in
more elaborative processing you are increasing the probability that you will retain the information in the
future
-Rehearsal keeps recycling the information through your short-term memory
Durability of Storage
-Without rehearsal, information in short-term memory is lost in less than 20 seconds
Capacity of Storage
-Short-term memory is also limited in the number of items it can hold
-People could recall only about seven items in tasks that required them to remember unfamiliar items
-The limited capacity of STM constrains people’s ability to perform tasks in which they need to mentally
juggle various pieces of information
Unlock document 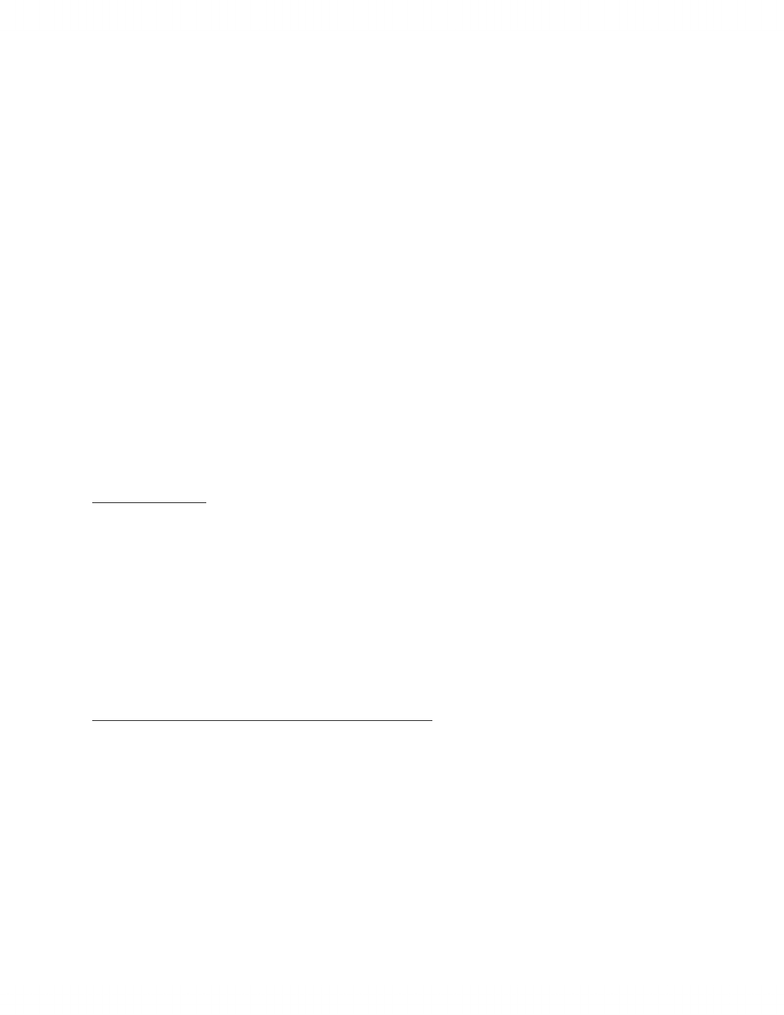 PS102 Chapter 7 – Human Memory Week 3
-It has been known that you can increase capacity of your STM by combining stimuli into larger, possibly
higher-order units, called chunks
-A chunk is a group of familiar stimuli stored as a single unit
-Depends on how you chunk it – in a meaningful vs. non-meaningful way
Short-Term Memory as “Working Memory”
-Short-term memory is not limited to phonemic encoding as originally thought and decay is not the only
process responsible for the loss of information from STM
-Working memory is a limited capacity storage system that temporarily maintains and stores
information by providing an interface between perception, memory, and action
-Consists of four components: phonological loop – at work when you use recitation to temporarily
remember something, visuospatial sketchpad – permits people to temporarily hold and manipulate
visual images, central executive system – controls the deployment of attention, switching the focus of
attention, and dividing attention as needed, episodic buffer- a temporary, limited-capacity store that
allows the various components of working memory to integrate information and that serves as an
interface between working and long-term memory
-Working memory capacity (WMC) refers to one’s ability to hold and manipulate information in
conscious attention
-WMC is a stable trait that appears to be influenced to a considerable degree by heredity
-Variations in WMC also appear to influence musical ability, as reading music while playing an
instrument taxes working memory capacity
Long-Term Memory
-Long-term memory (LTM) is an unlimited capacity store that can hold information over lengthy periods
of time
-LTM can store information indefinitely
-Stored there permanently
-Forgetting occurs only because people sometimes cannot retrieve needed information from LTM
-Flashbulb memories are unusually vivid and detailed recollections of momentous events
-Flashbulb memories represent an instance of permanent storage
-Although flashbulb memories tend to be strong, vivid, and detailed, studies suggest that they are
neither as accurate nor as special as once believed
How is Knowledge Represented and Organized in Memory?
-Our mental representations probably take a variety of forms, depending on the nature of the material
that needs to be tucked away in memory
Clustering and Conceptual Hierarchies
-Clustering – the tendency to remember similar or related items in groups
-Conceptual hierarchy – a multilevel classification system based on common properties among items
Schemas
-A schema is an organized cluster of knowledge about a particular object or event abstracted from
previous experience with the object or event
-People are more likely to remember things that are consistent with their schemes than things that are
not
Unlock document