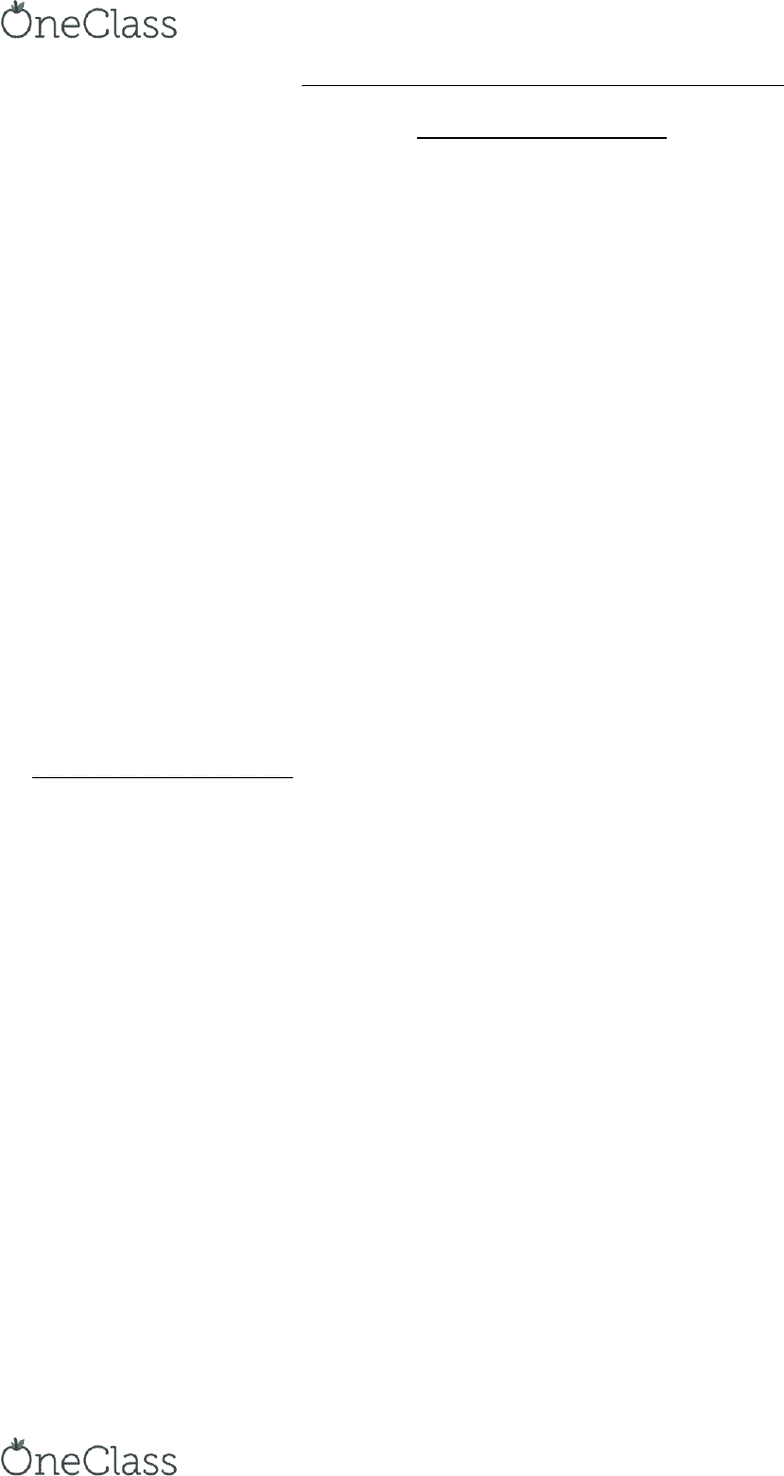 Chapter 3 – Health Behavior and Primary Prevention
What is Health Promotion?
-Health promotion is a general philosophy that has at its core the idea that good health, or wellness, is a
personal and collective achievement
-For the individual, health promotion involves developing a program of good health habits early in life
and carrying them through adulthood and old age
-For the medical practitioner, health promotion involves teaching people how best to achieve this healthy
lifestyle and helping people at risk for particular health problems learn behaviors to offset or monitor
those risks
-For the psychologist, health promotion involves the development of interventions to help people practice
healthy behaviors and change poor ones
-For community and national policymakers, health promotion involves a general emphasis on good
health, the availability of information to help people develop and maintain healthy lifestyles, and the
availability of resources, conditions, and facilities that can help people change poor health habits
-The mass media can contribute to health promotion by educating people about health risks posed by
certain behaviours, such as smoking or excessive alcohol consumption
-Legislation can contribute to health promotion by mandating certain activities that may reduce risks,
such as the use of childrestraining seats and seat belts, and banning smoking within indoor public places.
What are Health Behaviors?
-Health behaviors are behaviors undertaken by people to enhance or maintain their health
oPositive health behaviors promote good health and prevent the onset of illness
oNegative health behaviors create risk for illness
oTreatment-related behavior optimize health and prevent further illness-related complication for
those who are diagnosed with an ongoing health condition
oPoor health behaviors are important to understand and prevent not only because they are
implicated in illness but also because they may easily become poor health habits
-A health habit is a health-related behavior that is firmly established and often performed automatically,
without awareness
oHabits develop in childhood and stabilized around age 11/12
oEg; wearing a seat belt, brushing teeth, eating a healthy diet
oA healthy habit may develop intially because it was reinforced by positive outcomes such as
parental approval but it eventually becomes independent of the reinforcement process and is
maintained by the environmental factors with which it is associated
Habits are highly resistant to change, and, consequently, it’s important to establish good
find more resources at oneclass.com
find more resources at oneclass.com
Unlock document

health behaviors and to eliminate poor ones early in life
-Belloc and Breslow experiment:
oSeven important health habits: sleeping seven to eight hours a night, not smoking, eating
breakfast each day, having no more than one or two alcoholic drinks each day, getting regular
exercise, not eating between meals, being no more than 10 percent overweight
oAsked participants which of these behaviors they practiced
oAlso were how many illnesses they had, which illnesses they had, how disabled they are (how
many days of work they missed) over 6-12 months
oResearchers found that the more good health habits people practiced, the fewer illnesses they
had, the better they had felt, and the less disabled they had been
o9-12 years later, the mortality rates were dramatically lower for people practicing the seven
health habits
Role of Behavioral Factors in Disease and Disorder
-Prevalence of acute infectious disorders, such as tuberculosis, influenza, measles, and poliomyelitis has
declined because of treatment innovations and changes in public health standards, such as improvements
in waste control and sewage
-Simultaneously, there has been an increase in “preventable” disorders including lung cancer,
cardiovascular disease, alcohol and other drug abuse, and vehicular accidents
-Nearly half the deaths in Canada are caused by modifiable behaviours, with smoking, poor diet, and
physical inactivity as the leading social/behavioural risk factors
oCancer deaths alone could be reduced by 50 percent simply by getting people to avoid smoking,
eat more fruits and vegetables, boost their physical activity, protect themselves from the sun, tell
their doctor when their health changes, handle hazardous materials carefully, and obtain early
screening for breast and cervical cancer
-Successful modification of health behaviors has several beneficial effects:
oReduce deaths due to lifestyle related diseases
oDelay time of death
oIncrease individual longevity and general life expectancy of the population
oThe practice of good health behaviors may expand the number of years during which a person
may enjoy life free from the complications of chronic disease
oSuccessful modification of health behaviors may begin to make a dent on billions of dollars that
are spent in Canada on health services
What Factors Influence the Practice of Health Behaviors?
-According to both the biopsychosocial model and the public health promotion model, health and health
find more resources at oneclass.com
find more resources at oneclass.com
Unlock document

behaviours result from and are maintained by a complex set of intertwining social and individual factors
oIndividual health behaviours are influenced by the social, cultural, and physical environments in
which they occur
Socio-Economic Factors
-Health behaviours differ according to demographic factors
oYounger, more affluent, better educated people under low levels of stress with high levels of
social support typically practise better health habits than people under higher levels of stress with
fewer resources, such as individuals low in social class
Age
-Health behaviors vary with age and the type of health behavior
-Health habits are good in childhood, deteriorate in adolescence and young adulthood, improve again
among retired adults under 73, but then may deteriorate among adults 73 and older
Gender
-Among schoolaged children, girls tend to eat more nutritious foods than boys, but girls also engage in
more unhealthy dieting and meal skipping. Girls are also less likely to engage in sports activities
compared to boys
Values
-Exercise for women may be considered desirable in one culture but undesirable in another with the
result that exercise patterns among women will differ greatly between the two cultures
Personal Control
-Perceptions that one’s health is under personal control also determine health habits
oFor example, research on the health locus of control scale measures the degree to which people
perceive themselves to be in control of their health, perceive how powerful others to be in
control of their health, or regard chance as the major determinant of their health. Those people
who are predisposed to see health as under personal control may be more likely to practise good
health habits than those who regard their health as due to chance factors
Social Influence
-Family, friends, and workplace companions can all influence healthrelated behaviours—sometimes in a
beneficial direction, other times in an adverse direction
-For example, peer pressure often leads to smoking in adolescence but may influence people to stop
smoking in adulthood. Social influence from indirect sources such as the media (television, magazines,
Internet) may also influence health behaviours, for better or worse
Personal Goals
-If personal fitness or athletic achievement is an important goal that does not interfere with the
find more resources at oneclass.com
find more resources at oneclass.com
Unlock document