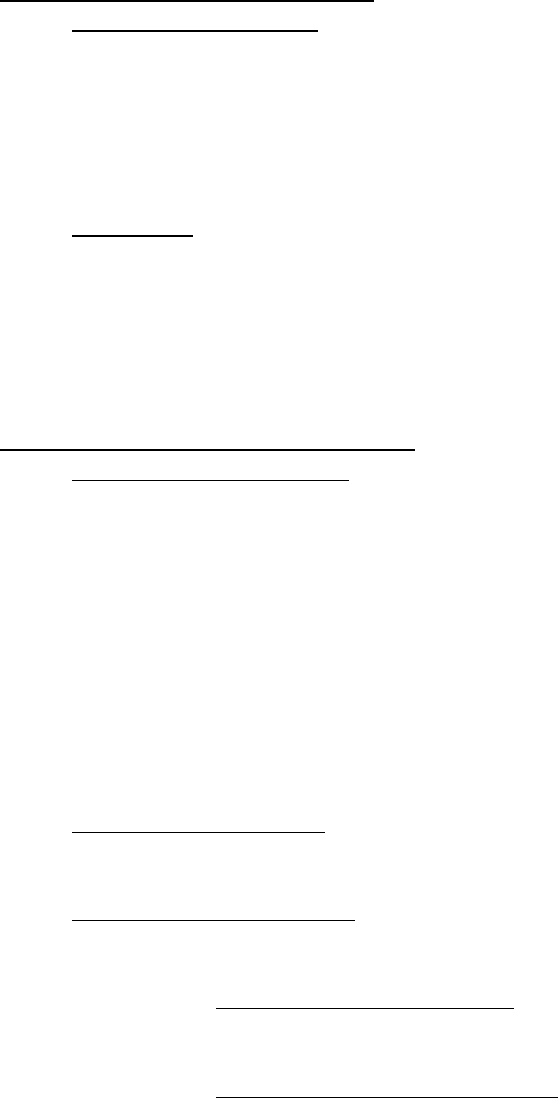 Sam Mohebban Chapter 4 Notes Psychology 1004
The Central Nervous System
➢ Central Nervous System- receives, processes, interprets, and stores incoming sensory
information.
o Information about tastes, sounds, smells, color, pressure on the skin, etc.
o Sends out messages destined for muscles, glands, and internal organs
o Having Two components:
▪ The Brain
▪ The Spinal Cord
➢ Spinal Cord- an extension of the brain
o Runs from the base of the brain down the center of the back, protected by a
column of bones. Acts as a bridge between the brain the parts of the body
below the neck
o Produces some behaviors on its own without help from the brain
o Spinal Reflexes- are autonomic, requiring no conscious effort
The Peripheral Nervous System
➢ Peripheral Nervous System- hadles the etal eous syste’s iput ad output.
Contains all portions of the nervous system outside the brain and spinal cord
o Without it, like a radio without a receiver
o Sensory Nerves carry messages from special receptors in the skin, muscles, and
other internal and external sense organs to the spinal cord
o Motor Nerves- carry orders from the central nervous system to muscles, glands,
and internal organs
▪ Enable us to move and causes glands to contract and to secrete
substances. Also called Hormones
o Divided into 2 parts:
▪ Somatic Nervous System (skeletal nervous system)
▪ Autonomic Nervous System
➢ Somatic Nervous System- consists of nerves that are connected to sensroy receptors-
cells that enable you to sense the world, and also the skeletal muscles that permit
voluntary action
➢ Autonomic Nervous System- regulates the functioning of blood vessels, glands, and
internal organs such as the bladder, stomach, and heart.
o Divided into 2 parts:
▪ Sympathetic Nervous System- Acts like the accelerator of a car,
mobilizing the body for action and an output of energy
• Makes you blush, sweat, breath, etc.
▪ Parasympathetic Nervous System- More like a brake: slowing down the
body and keeping it running smoothly. It enables the body to conserve
and store more energy.
• If a car is coming your way, sympathetic nervous system increases
your heart rate, then afterwards the parasympathetic nervous
system slows it down.
find more resources at oneclass.com
find more resources at oneclass.com
Unlock document 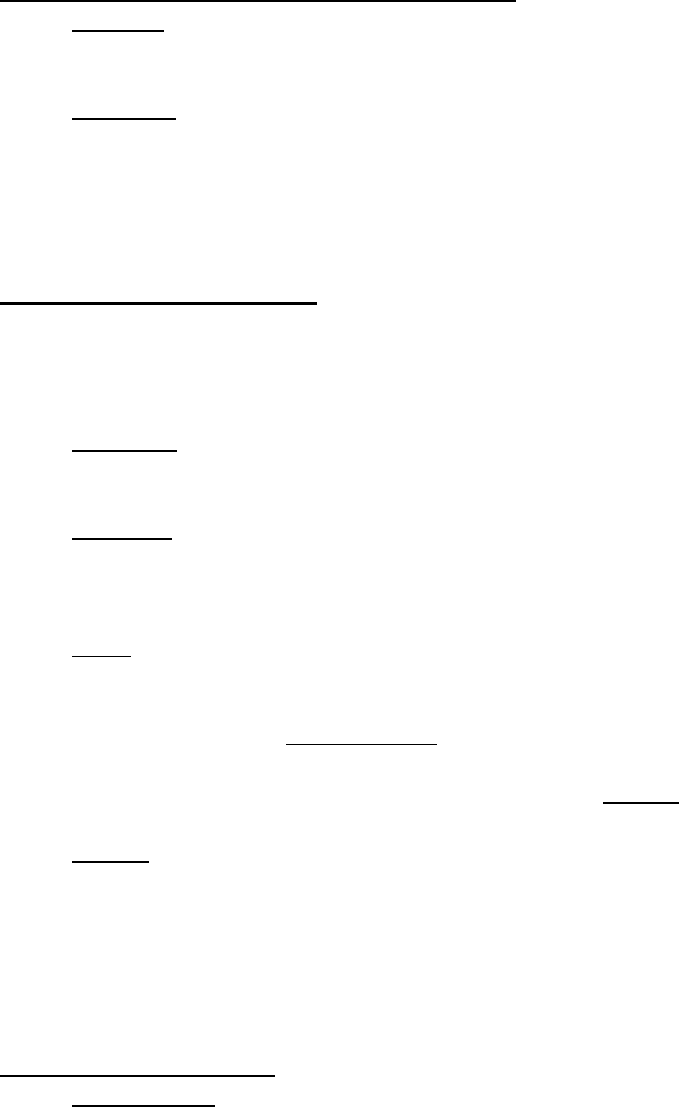 Sam Mohebban Chapter 4 Notes Psychology 1004
Communication in the Nervous System
➢ Neurons- The brains communication specialists transferring information to and from the
central nervous system
o Building blocks of the nervous system
➢ Glial Cells- hold the neurons in place. Provide the neurons with nutrients, insulate
them, help them grow, protect the brain from toxic agents, and remove cellular debris
when neurons die.
o Also communicate chemically with one another
Structure of the Neuron
➢ Neuron has three main parts:
o Dendrites
o Cell Body
o Axon
➢ Dendrites- look like the branches of a tree. (Dendrite= tree in Latin)
o Act as antennas, receiving messages from as many as 10,00 other nerve cells and
transmitting these messages toward the cell body
➢ Cell Body- is shaped oughly like a sphee o a pyaid; it iludes the ell’s uleus ad
controls the cells growth and reproduction
o The rest of the cell body contains biochemical machinery for keeping the neuron
alive and producing neurochemicals
➢ Axon- is attached to the cell body and transmits messages away from the cell body to
other neurons or to muscle or gland cells.
o Commonly divide at the end into branches called axon terminals
o Insulated by a Myelin Sheath- which in the central nervous system is made of
glial cells.
▪ Constrictions in this covering are called Nodes (making it look like a
sausage)
➢ Nerves- The fibers collected together in bundles of the individual neuron in the
peripheral nervous system
The birth of Neurons
➢ Neurogenesis- a process in which cells can give birth to new neurons
o Cells that produce new neurons are also known as Stem cells
▪ Has many powers
find more resources at oneclass.com
find more resources at oneclass.com
Unlock document 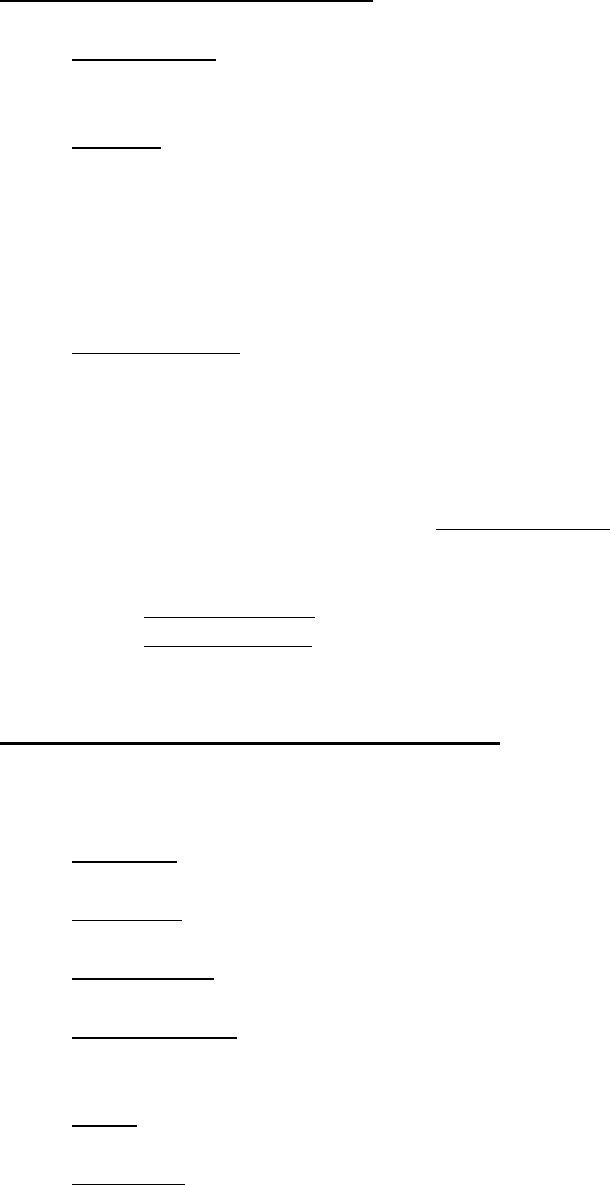 Sam Mohebban Chapter 4 Notes Psychology 1004
How Neurons Communicate
➢ Neurons do not directly touch each other
➢ Synaptic Cleft- Space that separates adjacent neurons.
o Where the axon terminal of one neuron nearly touches a dendrite or the cell
body of another.
➢ Synapse- the entire site where the axon terminal, the cleft, and the covering membrane
of the receiving dendrite or cell body is located
➢ Inside and outside of the neuron contain positively and negatively charged ions.
o At rest, the neuron has a negative charge relative to the outside.
o Whe stiulated, speial gates i the ell’s eae ope, alloig positiely
charged sodium ions to move from the outside to inside, making the neuron less
negative.
➢ Action Potential- during which gates in the axon membrane allow even more positively
charged sodium into the cell, causing it to become positively charged; as a result,
fiig the euo. Afteads, positiely haged potassiu ios uikly oe fo
within the axon to the outside, which returns the cell to its negatively charged state.
o When a neural impulse reaches the axon terminals tip, the Synaptic vesicles- tiny
sacs in the tip of the axon terminal, open and release thousands of molecules of
a chemical substance called a neurotransmitter
o The neurotransmitter then binds t the receptor sites-special molecules in the
membrane of the receiving neuron dendrites.
o Excitatory effect- when the charge reaches a critical level, the neuron will fire
o Inhibitory Effect- When a neurotransmitter will cause an increase in the negative
charge, making the neuron less likely to fire.
Neurotransmitters: Versatile Couriers
➢ Neurotransmitters make it possible for one neuron to excite or inhibit another.
o Exist In the brain but also in the spinal cord, peripheral nerves, and central
glands.
➢ Serotonin- affects neurons involved in sleep, appetite, sensory perception, temperature
regulation, pain suppression, and mood
➢ Dopamine- affects neurons involved in voluntary movement, attention, learning,
memory, emotion, pleasure and reward, and possibly responses to novelty
➢ Acetylcholine- affects neurons involved in muscle action, arousal, vigilance, memory,
and emotion
➢ Norepinephrine- affects neurons involved in increased heart rate, and the slowing of
intestinal activity during stress. Affects neurons also involved in learning, memory,
dreaming, waking from sleep, and emotion
➢ GABA- is the major inhibitory neurotransmitter in the brain
o Abnormal levels linked to eating and sleeping disorders
➢ Glutamate- the major excitatory neurotransmitter in the brain. (released in 90% of the
brains neurons)
find more resources at oneclass.com
find more resources at oneclass.com
Unlock document