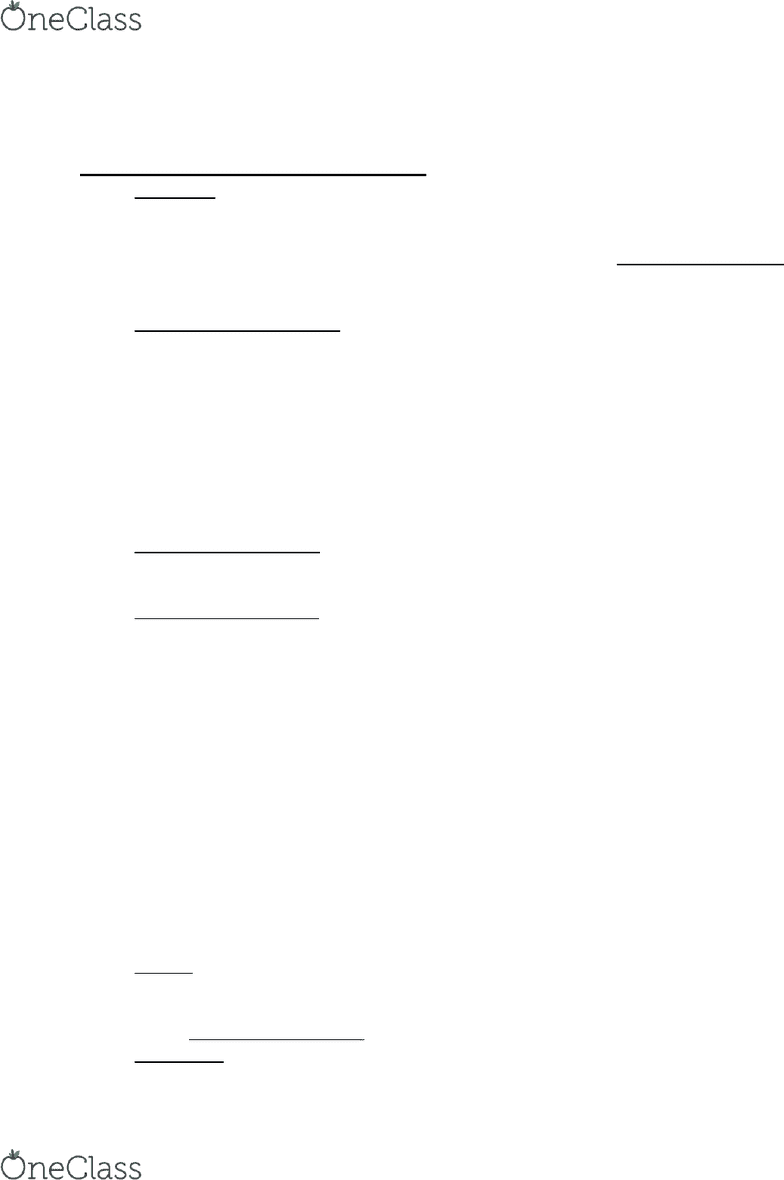 Samuel Mohebban Psychology Chapter 7 Notes
o usually similar or related to the original unlearned behavior
o Just seeing a bowl would make a dog salivate
Principles of Classical Conditioning
 Extinction- if a conditioned stimulus (dish) is repeatedly presented without the
unconditioned stimulus (food), then the response will weaken and may disappear.
o After applying extinction of a stimulus to something, their ability to
spontaneously present the conditioned response is called spontaneous recovery
 This is why completely eliminating a conditioned response often requires
more than one extinction session
 Higher-Order Conditioning- When a neutral stimulus can become a conditioned
stimulus by being paired with an already established CS
o Presenting another neutral stimulus to a situation that caused a desired behavior
can now be the CS
 Shining a light while also ringing a bell
o Explains why in humans, some words can cause certain emotions
 When words are paired with objects or other words that already elicit
some emotional response, they too may come to elicit that response
o Can contribute to forms of prejudice due to a pairing of a word with an action or
group
 Stimulus Generalization- After a stimulus becomes a conditioned stimulus for some
response, similar stimuli may produce a similar reaction
o A dog strained to salivate to C on the piano, may also salivate to D on a piano
 Stimulus Discrimination- in which different responses are made to stimuli that resemble
the conditioned stimulus in some way
o Playing C on a piano causes salivation while playing C on a guitar does not
 Advertising uses classical conditioning
o Pairing a product with music the advertiser thinks you will like, with good looking
people, or with celebrities
o The music, scenery, and people in commercials are thought of as the US for
internal responses associated with pleasure
 People can also be conditioned to fear something that is associated with pain, surprise,
and embarrassment
o Humans are more primed to acquire some kinds of fears more readily than
others
o Fear of spiders, snakes, and heights
o Something known to be dangerous to your health can cause humans to quickly
learn to be wary of them and retain this fear
o Can lead to prejudices
 Phobia- when fear of an object or situation becomes irrational and interferes with
normal activities
o An inborn reaction of fear could transfer to a wide range of stimuli; called
stimulus generalization
 Little Albert
find more resources at oneclass.com
find more resources at oneclass.com
Unlock document

Samuel Mohebban Psychology Chapter 7 Notes
o Child who rarely cried
o When given a rat to play with, he never cried and was actually happy to play with
it
o Albert was afraid of loud noises
o When a loud noise was presented to Albert, he would begin to cry (US)
o Because albert liked rats, researchers tried to condition him to dislike rats using
the loud noises (US)
o Now, after giving the rat to albert (which he enjoyed playing with), the
researchers would make the loud noise (which he disliked), causing him to cry
(UR)
o After doing this many times [presenting the rat (NS) with the noise (US)], they
would show him the rat, and without even making a sound (US) Albert would cry
as if the noise was present, presenting a CR
o After doing more tests, it was found that albert fear generalized to other hairy
objects such as rabbits, wool, and santa claus masks
 Peter (Counterconditioning)
o A method shown to reverse a conditioned response
o Peter was deathly afraid of rabbits
o The rabbit was the CS because when present, would cause a CR (crying)
o After pairing the rabbit (CS) with a snack of milk and crackers, producing positive
feelings in peter. The snack added with the rabbit produced positive feelings in
peter; feelings incompatible with the conditioned response of fear
o At first, researchers kept the rabbit somewhat far from peter when presenting
the snacks because otherwise he would be conditioned to fear snacks like he had
with rabbits
o Gradually over several days, researchers brought the rabbit closer and closer,
eventually making peter learn to like rabbits
o This methodology of healing a dear is used today for helping phobias. This is
also called Systematic desensitization
o To reverse his fear, they used counter conditioning
o Counterconditioning- in which a conditioned stimulus is paired with some other
stimulus that elicits a response incompatible with the unwanted response
 Does not eliminate prior learning, but instead leads to new learning that
supplants or overrides old learning
 The amygdala- plays a central role in the conditioning of fear because of a receptor for
the neurotransmitter glutamate
o Giving rats a drug that blocks this receptor prevents extinction of a conditioned
fear, whereas giving a drug that enhances the receptors activity speeds up
extinction
o Less glutamate=less extinction
o More glutamate= more extinction
o Drugs that cause more glutamate can decrease fear of phobias in humans
(making their conditioned responses extinct)
find more resources at oneclass.com
find more resources at oneclass.com
Unlock document