Finalized Notes
• Cells are small membrane bound units filled with concentrated aqueous solution of chemicals
and given the ability of reproducing itself by dividing. Thus for this purpose the cells are the
fundamental unit of life.
• If cells are modified to specific specialization they cause the cell to lose its ability to
reproduce, as a result they end up depending on other cells for the basic needs.
• In all living things genes are stored in the DNA molecule, encoded in the same chemical
code, constructed out of the same chemical compounds, interpreted by the same chemical
machinery and reproduce in the same way.
• DNA, RNA and proteins are the three main group of macromolecules which are important
for the function of the cell.
• Cell can function properly only if it has the correct set of proteins within the cell.
• Genetic continuity is the ability of the cell to renew it self and cont. living through the next
generation.
• Central Dogma states that the DNA is transcribed into RNA which gets translated into
proteins. Proteins dominates the behavior of the cell. This is the one idea which unifies all the
cells, let it be prokaryotic or eukaryotic.
• Proteins are made up of amino acid which are attached to each other in different sequence
giving the proteins its unique 3D structure (conformation).
• DNA polymerase not only synthesis the DNA, but it also checks to make sure that it is
reading it correctly. It proof reads what it makes, to ensure that there are minimal mistakes in
the copying of DNA during DNA replication.
• The characteristics of life includes: ability to grow, the process of metabolism, the reproduce,
to respond to stimuli, and the ability of movement (only possible in certain species).
• The cell theory states that the cell is the smallest unit of life, all the living things are made up
of cells and new cell arise only from pre-existing cells.
• The first cell was created long time ago based on the Earth’s condition which allowed the
chemical compounds to create an organism that is able to reproduce itself.
• Mutation can create offspring in which they change for worse, better or neutral. After
mutation they go through different pressures exerted by natural selection where the genes of
the next generation will be of those of that survived.
• The cells have the ability to transform the environment they live in. Ex. Cyanobacteria
transformed the earth’s atmosphere by carrying out oxygenic photosynthesis which resulted
in oxidizing environment from reducing environment. This cell allowed for the evolution of
the anaerobic life.
• To estimate relatedness one method is to compare the nucleotide sequence encoding the 16s
or 18srRNA (if these RNA are defective then the organism will die) – the more diff the
sequence the more distantly related the organisms.
• Since the recent technology allows for the genome to be analyzed, we compare more than
one genes to estimate relatedness.
• The nucleotide sequence of chips and human is greater than 99% in terms of similarity.
• Using the method of relatedness, we can organize the organisms into tree of life which is
based on relatedness. It states that all the organisms we see today arose from one ancestral
specie.
• The diversity in organism results from difference in pattern of expression of genes
temporally and spatially.
• Evolution is the process by which the cells are modified and adapted to suit their
environment better. Evolutionary process is random, it doesn’t have a purpose and goal. This
is based on selection pressure in the environment which selects certain traits that benefits the
organism to be passed down.
Unlock document 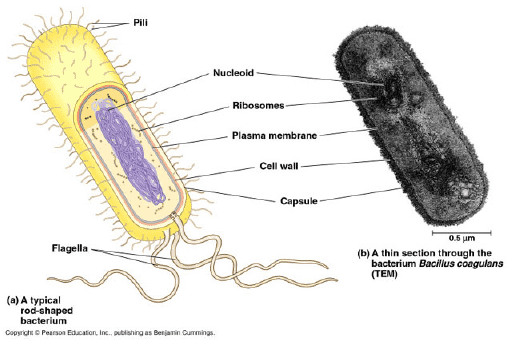 • During the evolution, in addition to vertical gene transmission, there is large scale horizontal
gene transmission. Ex. The mitochondria is an archaea which was eaten by ancestral
eukaryotic cell and started to live within the cell. This transfer of genes from that bacteria
resulted in horizontal gene transmission. Another example of horizontal gene transfer is the
evolution of chloroplast. Modern day example can be seen in bacteria that is capable of
transferring genes which are capable of fighting antibiotics.
• Genome is all the information stored in the DNA of the cell.
• DNA is the structure which holds the genetic information of the cell. It codes for proteins and
occasionally codes for RNA. It has 4 main properties to it:
• Complementarity
• Polarity – DNA is directional
• Fidelity – the ability to be passed down to next generation in almost perfect sequence
identity (accuracy)
• Stability – needs to be stable, structured. Must be able to resist the rapidly changing
environments in the cell.
• Cells can be classified into 2 types:
• Prokaryotes: cells with no
defined nucleus - No nuclei,
lack membrane-bound
organelles, and smaller than
eukaryotes.
• Eubacteria (Bacteria) –
include many
photosynthetic organism.
• Archaebacteria (Archea) –
grow in unusual
environment.
• Eukaryotes: cell with a true nucleus. - They are complex, have nuclei, abundant and diverse
organelles that compartmentalize biochemical reactions (separate compartment for different
set of reaction), larger than prokaryotes.
• Includes protista, fungi, animals, plants
• Cytoplasm is a transparent substance crammed with concentrated chemicals.
• Mitochondria is thought to be evolved from aerobic bacteria that started to live inside the
eukaryotic cell. Similarly, chloroplast is thought to have evolved from photosynthetic
bacteria which started to live inside plant cell.
• Nucleus is the essential structure in the eukaryotic cell. It holds the DNA which are separated
from the rest of the cell by surrounding it with Nuclear Membrane. . This is the place where
DNA are replicated and separated, and transcription occurs. It houses the chromosome
(condensed DNA strands) during the cell division.
• Nucleoplasm contains DNA (genetic info) and chromatin (DNA + histones complex)
• Nucleolus has condensed DNA and genetic info for synthesis of ribosome.
• Mitochondria are present in all the eukaryotic cell, they are the powerhouse of the cell. They
have double membranes. Each has its own DNA and they reproduce by dividing in half.
• Chloroplast are the large green organelles found in the plant cells. They are responsible for
conversion of sunlight into food for the cells to use. They are like mitochondria in sense that
they have their own set of DNA and reproduce by dividing in half and also that they have
double layered membranes.
• Plant cells are autotrophic, meaning they can capture sunlight and use it to produce its own
food. However, animal cells are heterotrophic, meaning they need to have constant input of
food and nutrients for survival.
Unlock document 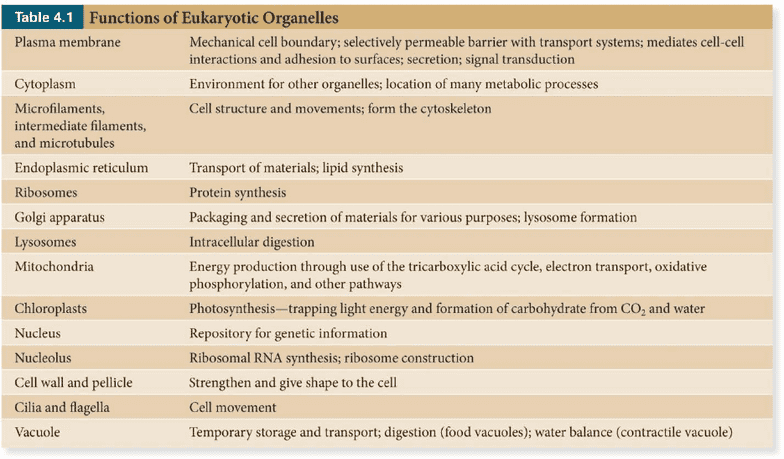 • Endoplasmic Reticulum is an irregular maze flattened membranes which houses the space for
production of materials which are destined to exported from the cell.
• Golgi apparatus receives the modified materials and are responsible for the transportation to
the specific location inside or the outside the cell.
• Lysosomes are small irregular structure which are responsible for breaking down of the
unwanted molecules.
• Peroxisomes are closed space for very dangerous reactions to take place within the cell.
• Endocytosis is the process of engulfing large molecules, while exocytosis is the fusion of
vesicle inside the cell to the external cell membrane.
• Ribosomes are the machines required during the process of protein synthesis. They are found
in cytoplasm, RER, chloroplast and mitochondria.
• Cytoskeleton is the fine filaments of proteins which are anchored from the cell membrane to
the nuclear membrane. Their main function is to provide cell with structural support and
assist the cell in transportation of materials inside the cell and transportation of the cell itself.
Consist of thee filaments:
• Thinnest are the actin filaments, which are associated with production of contractile
forces.
• Thickest are the microtubules, which plays a role in cell division when the chromosomes
needs to be separated.
• Intermediate filaments serve to strengthen the cell.
• The proteins that are formed must be maturated and processed (post-transcriptional
modifications) before they can be used and targeted to final destination.
• Structure of DNA predicts the function. This structure allows us to predict how it can be
replicated.
• Structure of proteins allows to predict the function of protein, such as which it binds to, what
does it do.
• DNA and RNA are polymers which are synthesized from a small set of repeatedly utilized
monomers.
• Nucleotide are involved in more than just being a structural component. They provide genetic
info (DNA) and protein synthesis info (RNA), they are used in signaling (cAMP) and also
function as coenzymes (NADH).
Unlock document