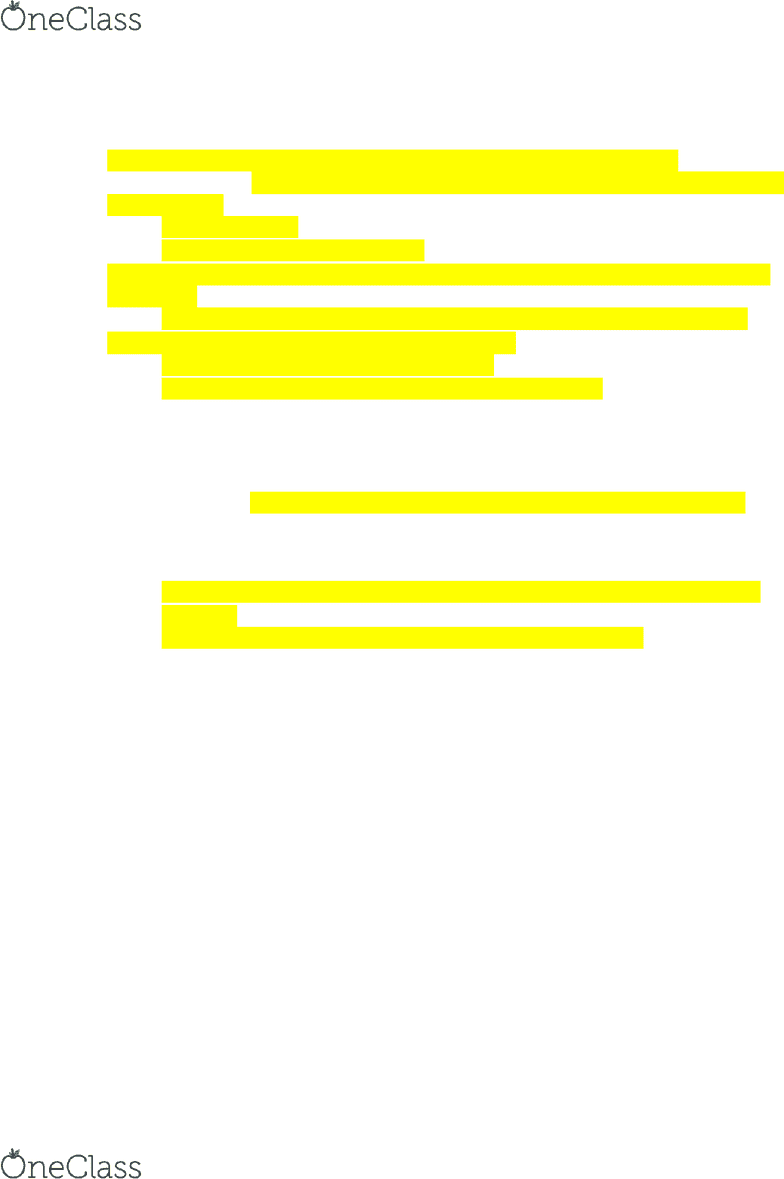 Exam 3 Notes 14:24
24. Triassic (252-201 million years ago)
First period of the Mesozoic
Amphibians made it thru the Permian-Triassic extinction event
Early Triassic – the temnospondyls gave rise to genus Triadobatrachus (in
Madagascar)
oAKA proto-frog
oEvolution of the modern frog
Lystrosaurus is a dicynodont (a type of synapsid) which survived the PT
Extinction
oDuring Early Triassic, make up 95% of all terrestrial vertebrates
Mammal – having a dentary-squamosal joint
oHave one jaw bone, three ear bones
oReptiles have more jaw bones and one ear bone
During the Triassic (200 million years ago), first mammal like animals
appear like the Megazostrodon
oMammals are characterized by having modified sweat glands called
mammary glands
Pangea is arid; Sauropsids may conserve water better than synapsids
Living descendents of the synapsids have glandular skin and need to flush
out their nitrogen waste with water
Sauropsids split into:
oLEPIDOSAURS include the modern snakes and lizards (the “scaly
lizards”)
oARCHOSAURS include the dinosaurs and crocodilians
Lepidosaurs give rise to the MESOZOIC MARINE REPTILES (not dinosaurs)
oLepidosaurida (possibly) produced the first ICHTHYOSAURS during
the Triassic (probably)
find more resources at oneclass.com
find more resources at oneclass.com

oIchthyosaurs are one of three main kinds of MMR we’ll see
The rise of DUROPHAGY also drives the MESOZOIC MARINE REVOLUTION
Organisms which attached to the sea floor and were easily plucked off
(like the Paleozoic crinoids and brachiopods) did not do well
oThey are largely replaced by organisms which can cling tightly to
the substrate
The Triassic land is dominated by NONDINOSAUR ARCHOSAURS
oThe top carnivores are relatives of the early ancestors of the
crocodiles— CROCODYLOMORPHS
The first crocodylomorph archosaurs show up near the end of the Triassic
Non-dinosaur archosaurs also dominate the herbivores
Members of order Rhynchosaur may have made up 40-60% of animals in
certain places during the Triassic
Pterosaurs make an appearance during the Late Triassic (not dinosaurs)
oEarly pterosaurs are distinguished by their tails, which later
pterosaurs do not have.
Dinosaurs are defined as everything which evolved from the most recent
common ancestor of Triceratops and birds, minus the birds
The earliest true dinosaur is probably something like Eoraptor (“Dawn
hunter”)
oSmall, bipedal, omnivorous
Alternatively, the dinosaurs are all of the archosaurs which are not
crocodilian or pterosaurs
The dinosaurs are split into two main groups:
oORNITHISCHIA (bird-hipped dinosaurs)
oSAURISCHIA (lizard-hipped dinosaurs)
This distinction is exactly what it sounds like—a fundamental
difference in the structure of the hip
By the end of the Triassic, the lizard-hipped dinosaurs had split into two
main groups:
oTHERAPODS (BIPEDAL CARNIVORES)
find more resources at oneclass.com
find more resources at oneclass.com

oPROSAUROPODS, later develop into SAUROPODS (LONG-NECKED
HERBIVORES
Diplodocus is a SAUROPOD from the Late Jurassic
Pisanosaurus, from 220 Ma, represents an early bird-hipped dinosaur
o3-4 feet long
Bird-hipped dinosaurs will include every dinosaur that is not a therapod or
sauropod
oStegosaurus is a bird-hipped dinosaur from the Late Jurassic
oTriceratops is a bird-hipped dinosaur from the Late Cretaceous
The end of the Triassic is marked by the production of the CENTRAL
ATLANTIC MAGMATIC PROVINCE (CAMP)
oNew Jersey Palisades are part of CAMP
25. Jurassic (200-145 million years ago)
Pangaea begins to break into LAURASIA to the North and GONDWANA to
the South, separated by the TETHYS SEA
Climate is generally warm, non-glaciated, with low seasonality
In the enclosed basin of the Gulf of Mexico and the Western Interior
Seaway, salt and gypsum began to accumulate
Salt, under high pressure, tends to flow. It is also low in density
compared to other rocks, so it tends to push up through newer sediments
and form SALT DOMES
oAs salt domes rise up, they form bulges in the overlying sediment.
Oil and gas float to the top of these bulges
BONE WARS (EDWARD DRINKER COPE VS. OTHNIEL CHARLES MARSH)
oOne of the key locations of the Bone Wars was the MORRISON
FORMATION, an extremely fossil-rich Jurassic sedimentary rocks
Sauropods (lizard-hipped, quadrupedal, long-necked herbivores) evolved
from small, bipedal ancestors
Almost all dinosaurs, even quadrupedal dinosaurs, had back legs bigger
than their front legs
Cope’s Rule suggests that population lineages get larger over time. Large
size has many advantages (up to a point)
find more resources at oneclass.com
find more resources at oneclass.com

Amphibians made it thru the permian-triassic extinction event. Early triassic the temnospondyls gave rise to genus triadobatrachus (in. Madagascar: aka proto-frog, evolution of the modern frog. Lystrosaurus is a dicynodont (a type of synapsid) which survived the pt. Extinction: during early triassic, make up 95% of all terrestrial vertebrates. Mammal having a dentary-squamosal joint: have one jaw bone, three ear bones, reptiles have more jaw bones and one ear bone. During the triassic (200 million years ago), first mammal like animals appear like the megazostrodon: mammals are characterized by having modified sweat glands called mammary glands. Pangea is arid; sauropsids may conserve water better than synapsids. Living descendents of the synapsids have glandular skin and need to flush out their nitrogen waste with water. Sauropsids split into: lepidosaurs include the modern snakes and lizards (the scaly lizards , archosaurs include the dinosaurs and crocodilians.