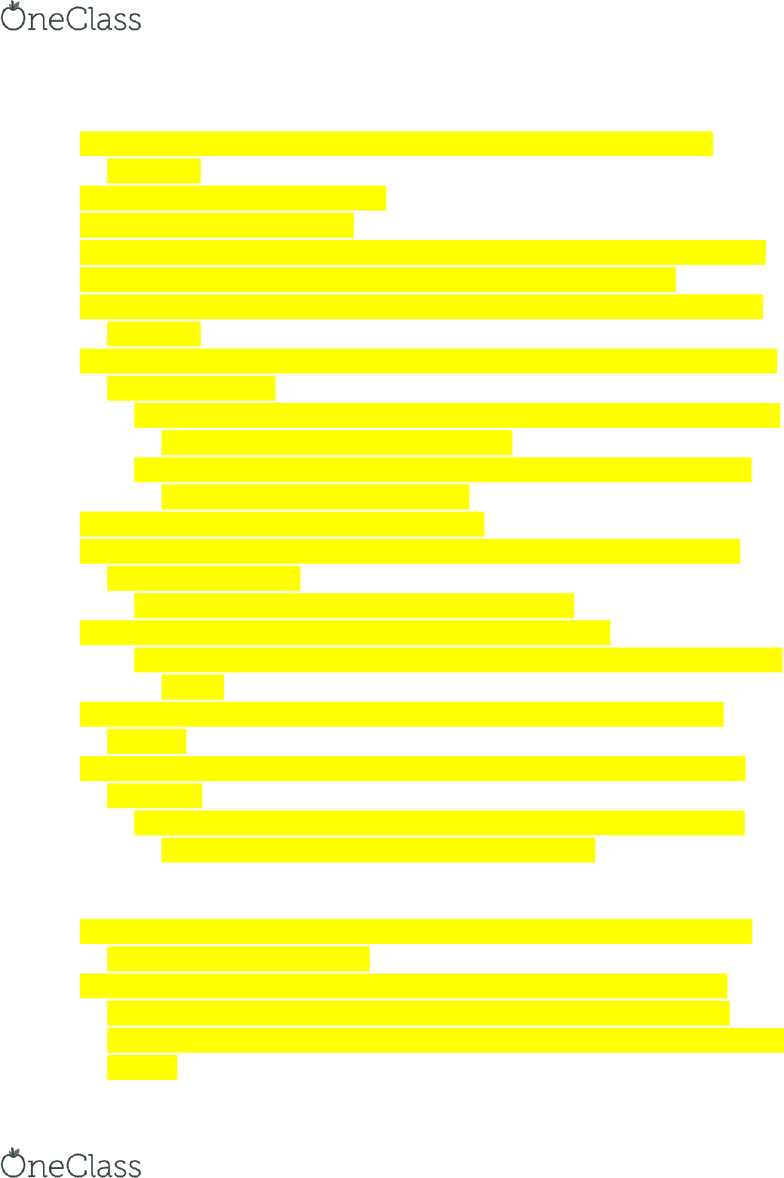 GSC Exam 2 Notes 9/26/2016 8:58:00 PM
12. The Age of the Universe
• Cepheid stars pulse with a frequency which is proportional to their
luminosity
• 1 light year = 5.9 trillion miles
• Sun is 8 lightminutes away
• We use parallax to determine the distance to (relatively) nearby objects
• There are plenty of fuzzy, gassy, diffuse nebulae in the galaxy
• Andromeda Galaxy is about the most distant thing you can see with the
naked eye
• DOPPLER EFFECT is when a wave emitted or received by a moving object
appears to change
• Noises from things moving towards us get higher in pitch, and from
things moving away from us get lower
• Light from things moving towards us gets bluer, and from things
moving away from us gets redder
• all very distant galaxies are REDSHIFTED
• HUBBLE’S LAW observes that more distant galaxies are moving away
from us more quickly
• Hubble’s Law implies that space is expanding
• Anything with a temperature emits blackbody radiation
• As something gets hotter, it emits wavelengths (or colors) of higher
energy
• cosmic microwave background is essentially the temperature of the
Universe
• Over time, gravity should be causing the expansion of the universe to
slow down
• However, the expansion actually appears to be ACCELERATING.
This acceleration is explained by DARK ENERGY
13. Atoms and the Milky Way
• As the Universe expands and cools, they combine to form the simplest
atoms, hydrogen and helium
• Variations in the Cosmic Background Microwave show that the early
Universe was slightly lumpy. These lumps are areas of slightly more
dense gas which would eventually begin to collapse under the influence of
gravity.
find more resources at oneclass.com
find more resources at oneclass.com 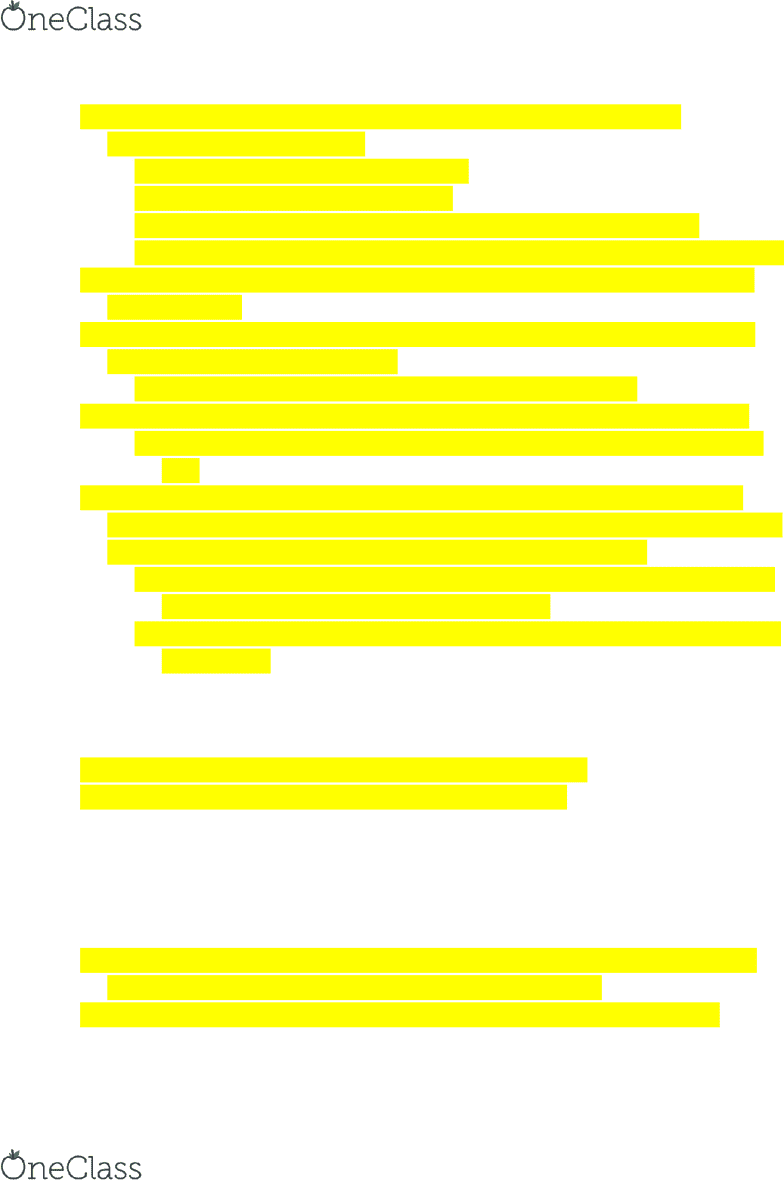 • Small isotopes can undergo FUSION, although it requires huge
temperatures and pressures
• Hydrogen atoms have one proton
• Helium atoms have two protons
• This is how our Sun works, by fusing hydrogen into helium
• Fusing higher elements requires higher temperatures and pressures
• Iron-56 is more abundant than similar elements because it is the most
stable element
• Elements heavier than iron are mostly formed by two other processes:
the s-process and the r-process
• The r-process is element formation in SUPERNOVAS
• We can measure the masses of galaxies by using gravitational lensing
• Gravitational lensing suggests that galaxies are heavier than they
look
• According to Keplerian dynamics, bodies orbiting a large mass should
move faster when they are closer to it. But galaxies don’t rotate like that.
The distant stuff orbits at the same speed as the near stuff
• This implies that galaxies are embedded in a disk or halo of matter
that we cannot does not interact with light
• Calculations suggest that around 85% of all mass in the Universe is
dark matter
14. Formation of the Earth
• Cambrian Period = when life started on Earth
• Chronometrically = not an exact date, an estimation
• Stratigraphically = more exact and accurate dates
• Precambrian is 87% of Earth’s history
The Hadean: the formation of the Earth and Moon
• Early part of Earth is thought of as having volcanoes, poisonous gases,
fire, etc. (Hell)
• 4.6 billion years ago, Solar System forms a huge rotating cloud of dust
and gas by accretion (turns into planets & other stuff)
• As the big cloud of stuff clumps up and gets smaller, it spins faster
• HL Tauri’s protoplanetary disk – an example of angular momentum
find more resources at oneclass.com
find more resources at oneclass.com 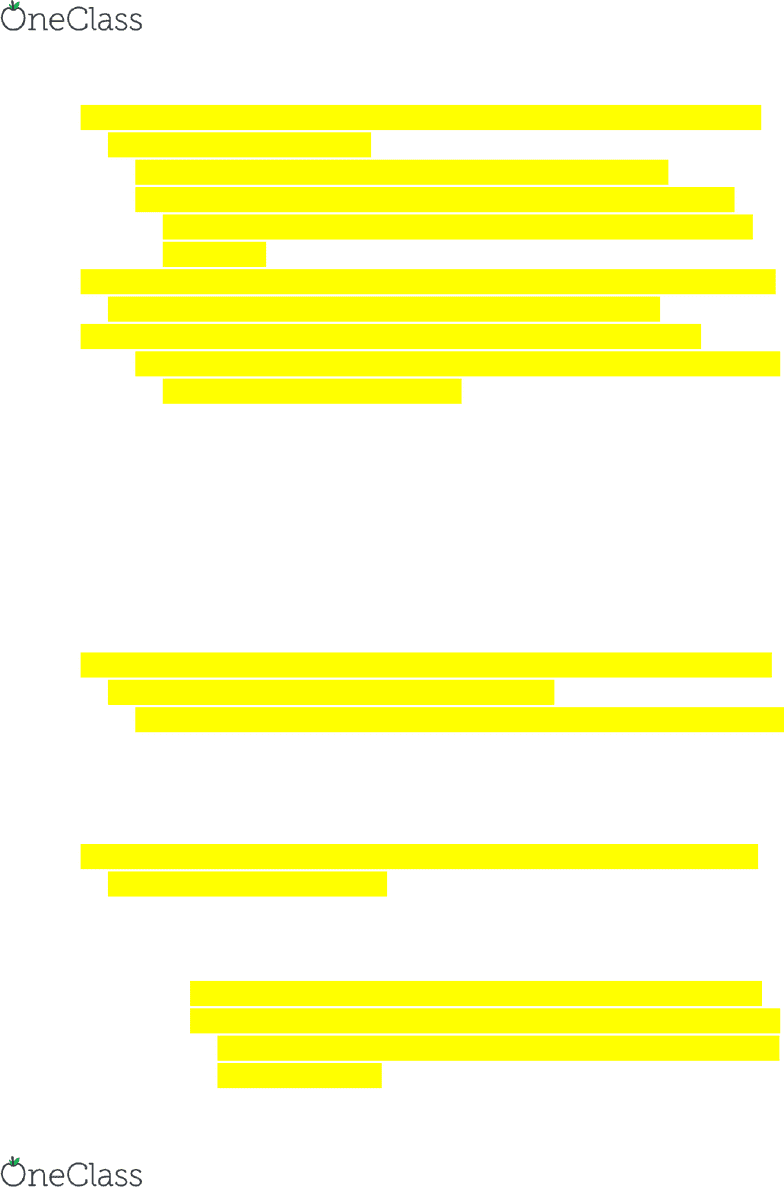 • Homogeneous Accretion – a mixed mass of metals and stony materials
that creates a planet (Earth)
o Eventually the planet melts and the materials separate
o Molten stone and molten metal does not mix together (oil and
water); this is why the Earth has a metal core and a stony crust
and mantle
• Earth’s “first atmosphere” is probably made of hydrogen and helium and
escapes to space quickly because these gases are very light
• The inner planets are close to the sun, so the gases are stripped
o “Frost line” – planets beyond this line are farther from the Sun and
hold on the gases (“Gas giants”)
• Planets close to the sun (terrestrial planets) are made up of the same
materials (kinda) – metal core & rocky mantle
• The gas giants are made up of mostly gases and ice
• If the moon had co-accreted with the earth, it would have the same
composition as the Earth
• If the earth had captured the moon, it would have a very different
composition from the Earth
o The Earth & Moon have very similar compositions, except for the
Iron part (Earth’s core)
• We think the moon formed when another planet smashed into the Earth
and blasted a part of the mantle back into space
o Bc of this, the Moon’s composition is exactly like the Earth’s mantle
• When the moon is molten, granite floats to top and basalt sinks to bottom
(surface of the Moon, as a result, is a granite-like material)
• Between 3-3.5 billion years ago, volcanic eruptions released darker
basalt-like material onto the Moon’s surface
• Lunar MARES like the Sea of Tranquility are made of roughly the same
stuff as oceanic crust on Earth
• Rocks collected during Apollo missions suggested LUNAR CATACLYSM
o LUNAR CATACLYSM –
o Rocks are not older than 4 billion years ago
o LATE HEAVY BOMBARDMENT – asteroid storm on the Moon
o NICE MODEL suggest that Jupiter moves outward through an
asteroid field and moves asteroids into the Solar System and
towards the Moon
find more resources at oneclass.com
find more resources at oneclass.com

Universe: over time, gravity should be causing the expansion of the universe to slow down, however, the expansion actually appears to be accelerating. This acceleration is explained by dark energy: atoms and the milky way, as the universe expands and cools, they combine to form the simplest atoms, hydrogen and helium, variations in the cosmic background microwave show that the early. Proterozoic and the formation of earth"s third atmosphere: the proterozoic, laurentia forms around 1. 8 billion years ago, continental crust that has remained relatively stable for the past. 600 million years: becomes north america, 1. 6-1 billion years ago grenville orogeny is some of the first evidence for a supercontinent rodinia, john tuzo wilson (canadian) hypothesized the wilson cycle that the. Ediacaran: start making mineralized hard parts, but not the kinds that humans are made of. The ordovician and silurian: adam sedgwick thought welsh rocks were cambrian, while roderick. Murchison thought they were silurian both disproven by charles.