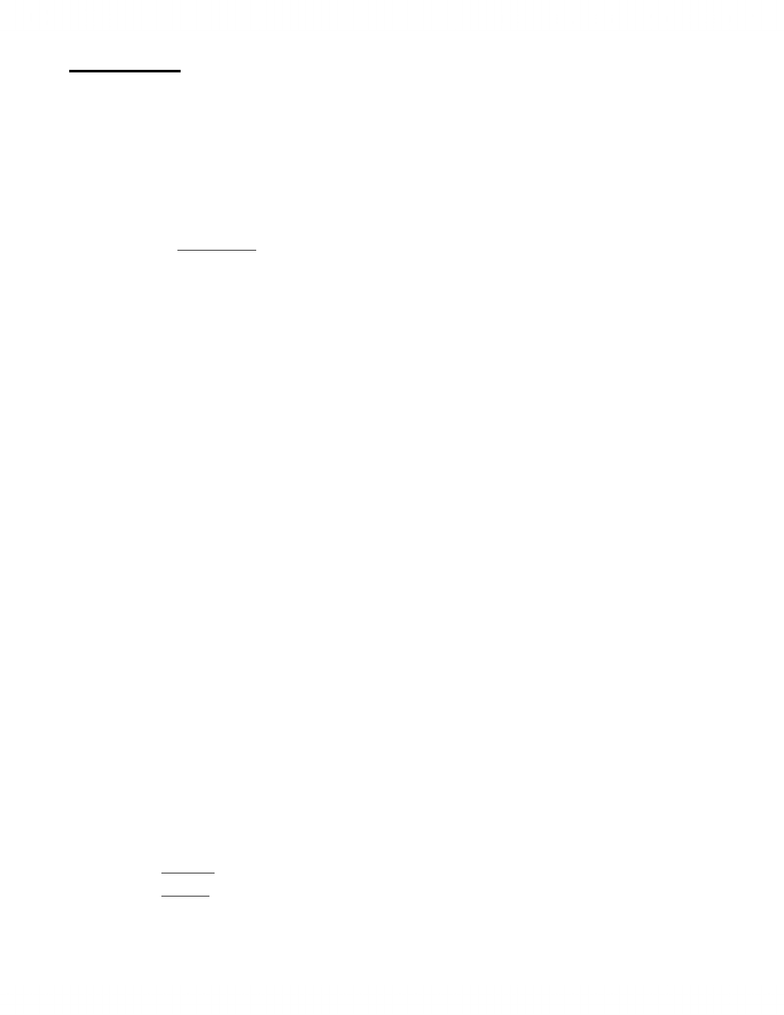 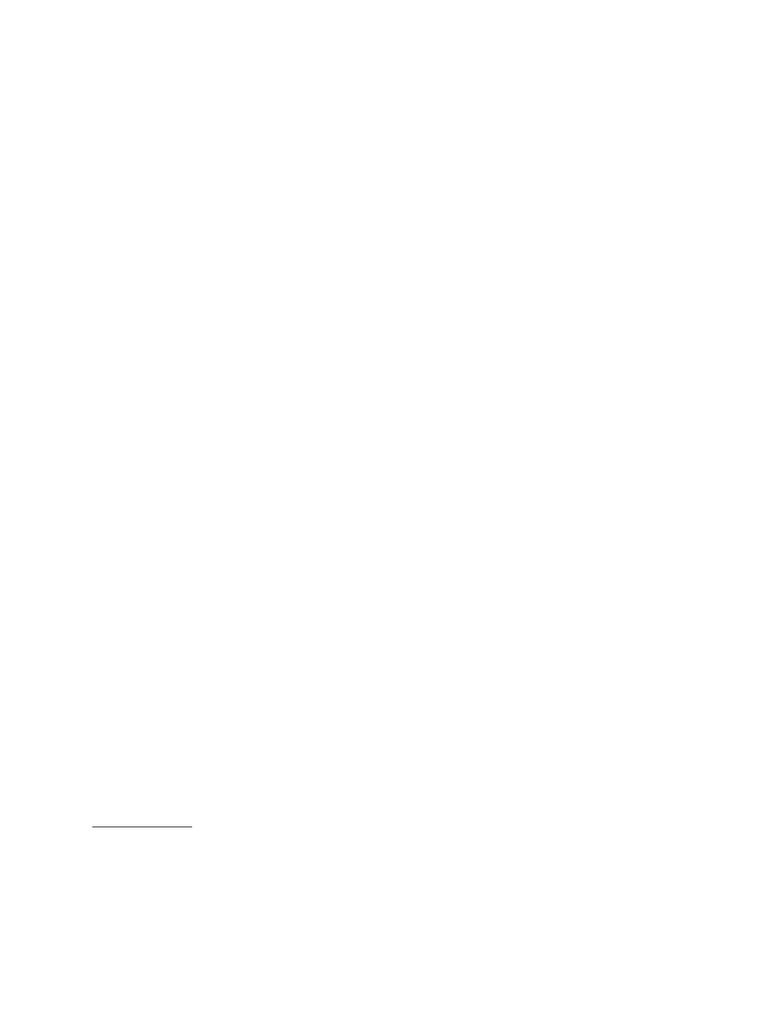 Most common form of DNA is called B-DNA
Two grooves of different width: The major groove and minor groove
10 Base pairs per turn
Z-DNA left handed helix, 12 base pairs per turn
Distance between sugar phosphate backbone varies (Major and minor
grooves)
The DNA in living cells is supercoiled
 Double helix is in turn super coiled
 Circular, snip one string and hold one end fixed and rotate the other
through 360 degrees in a right or left handed rotation. The circle
collapses into a negative or positive supercoil (shaped like an ‗8‘)
 Prokaryotic chromosomes are circular pieces of RNA; folded into 40-
50 loops, supercoiled and each loop is independently supercoiled
Similar amounts of supercoiling exist in the DNA of bacterial and eukaryotic
chromosomes
 The DNA found in mitochondria and chloroplasts exists in circular
chromosomes that resemble those of prokaryotes
 Human Mitochondrial DNA (mtDNA) approximately ~17Kb
 Chloroplast genome of the liverwort (121,024 nucleotide pairs)
Eukaryotic chromosomes are composed of proteins, DNA & RNA
 Most of it is Chromatin
o DNA + Nonhistone Proteins + Histones + RNA
 Histones are basic proteins (Rich in Arginine and Lysine)
 Positively charged
o Nonhistone proteins are heterogeneous (mostly acidic)
 The rest is Non-Chromatin nuclear constituents
The first level of condensation –Packaging DNA as a negative supercoil into
nucleosomes (produces an 11 nm fibre)
Unlock document 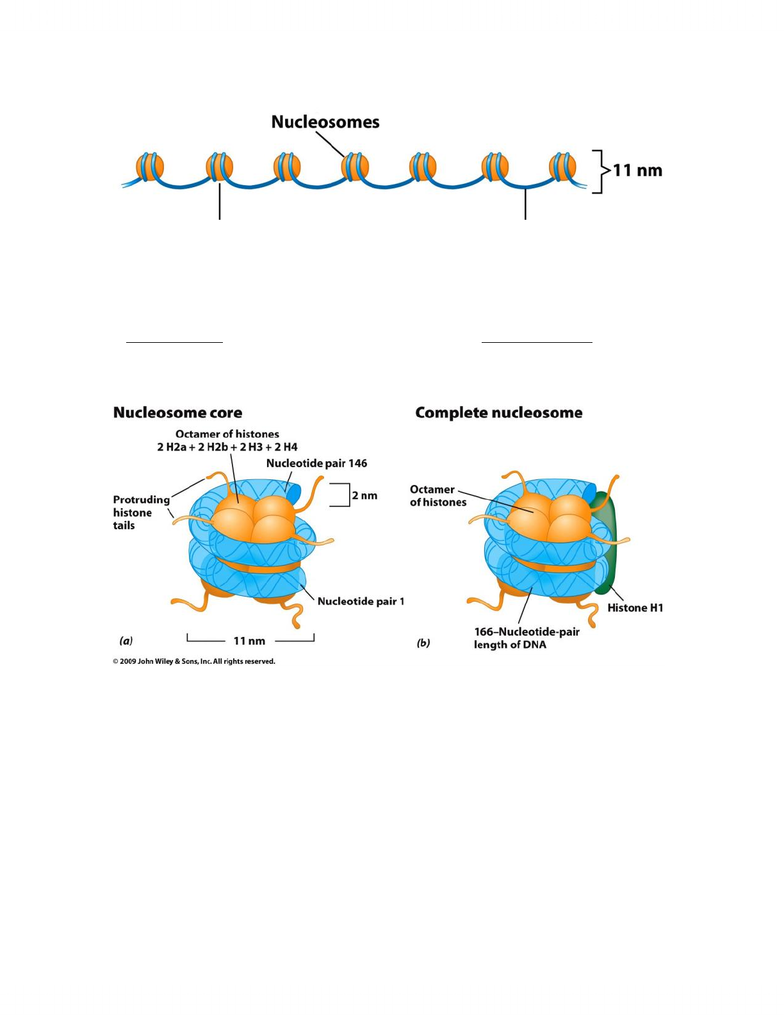 Nucleosome core, 146 nucleotide pairs of DNA wrapped as 1,3/4 turns
around an octamer of histones
Linker DNA on the other hand varies in length from 8 to 114 nucleotide pairs
The linker region is susceptible to digestion by an endonuclease (it is
weaker than the nucleosomes)
Histone H1 = Linker histone; comes along and connects it
 Lots of electrostatic attraction on DNA to attract to a positively
charged protein like histone H1
 Lots of stability in these nucleosome cores because of attraction
The Second level of condensation- an additional folding or supercoiling of the
11nm fibre to produce a 30 nm fibre
 This is driven by nucleosomal interactions using histone H1
 There is the solenoid and zig-zag models
Unlock document