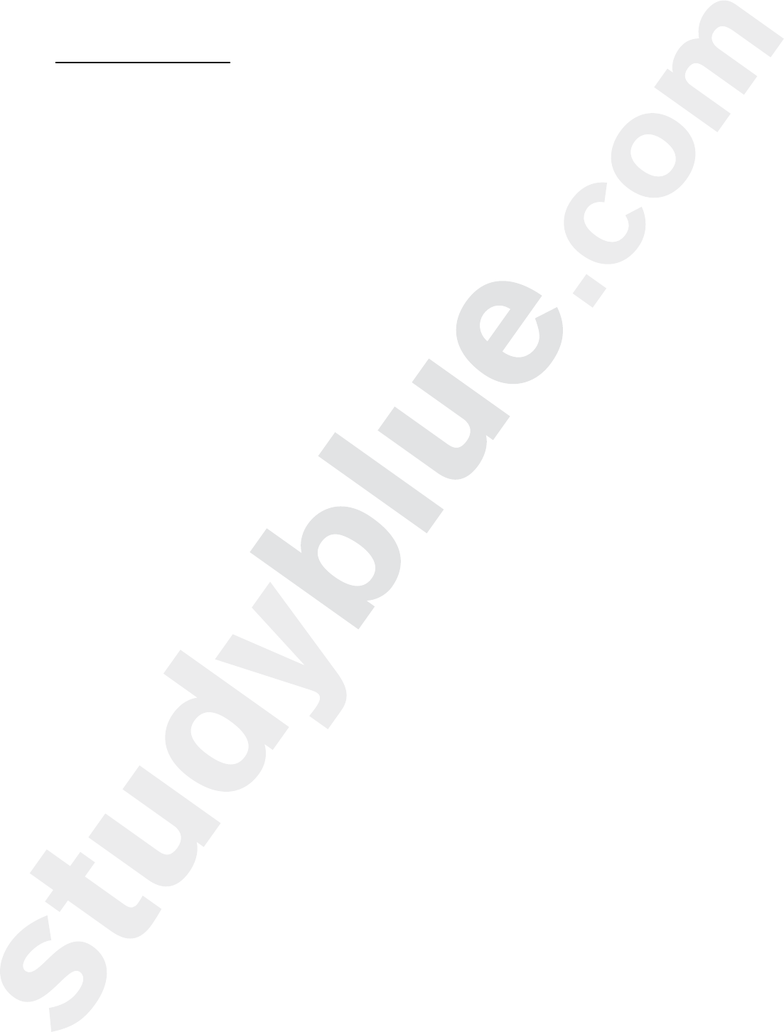 Chapter 6 Critical Approaches
 Critical Approaches
o Unitary - common goals, conflict rare and negative, power is prerogative for agreement
o Pluralist – many groups with different goals, conflict is positive
o Radical – conflict and power reflect struggles in society (survival of the fittest)
 What is different about the critical frame of reference?
o Adopt a radical frame of reference by considering organizations as sites of domination. See
theory as a force that can emancipate individuals from these dominating organizational forces or
consider how employees resist organizational dominance. Theorists take an activist role in
instigating and encouraging organizational transformation
 What is power? What role does power play in critical approaches
o Power – a defining, ubiquitous feature of organizational life (constructs of control and
domination
o Traditional Approach – power is a stable entity that people or groups possess, researchers ask
questions about the factors that lead to an organizational power and the impact on outcomes
(ex. Job satisfaction and performance)
o Symbological Approach – power is a product of communicative interactions and relationships,
researchers are interested in how communication constitutes understandings of power through
socially constructed organizational relationships
o Radical-Critical Approach – theorists are concerned with the “deep structures” that produce and
reproduce relationships in the organizational life. Explore the ways in which economic, social,
and communicative relationships produce and maintain organizational power relationships
 Modes and means of production.
o Modes - economic conditions that underlie the production process
 Imbalances between workers and owners
 Not aware of this process
 Conflict will eventually lead to revolt
o Means – the actual work process, how products are made and services rendered
 Classical approaches are dehumanizing and alienate from work and work products
 Further elaborated by technology
 Owners and managers have control, leads to oppression
 Control of organizational discourse
o Power relationships are produced and reproduced through organizational discourse. Socially
constructed through communicative interaction. Reality created through discourse is the site of
domination
o Ideology – taken-for-granted assumptions about reality
 Structures our thoughts and shapes the understanding of what exists, is good and
possible
 These assumptions are rarely ever questioned
 Can influence behaviors
o Hegemony – process in which dominant group leads another to accept subordination
 Accomplished by shaping ideology
o Ultimate goal is emancipation – the liberation of people from unnecessarily restrictive traditions,
ideologies, assumptions, power relations, identity formations, and so forth, that inhibit or distort 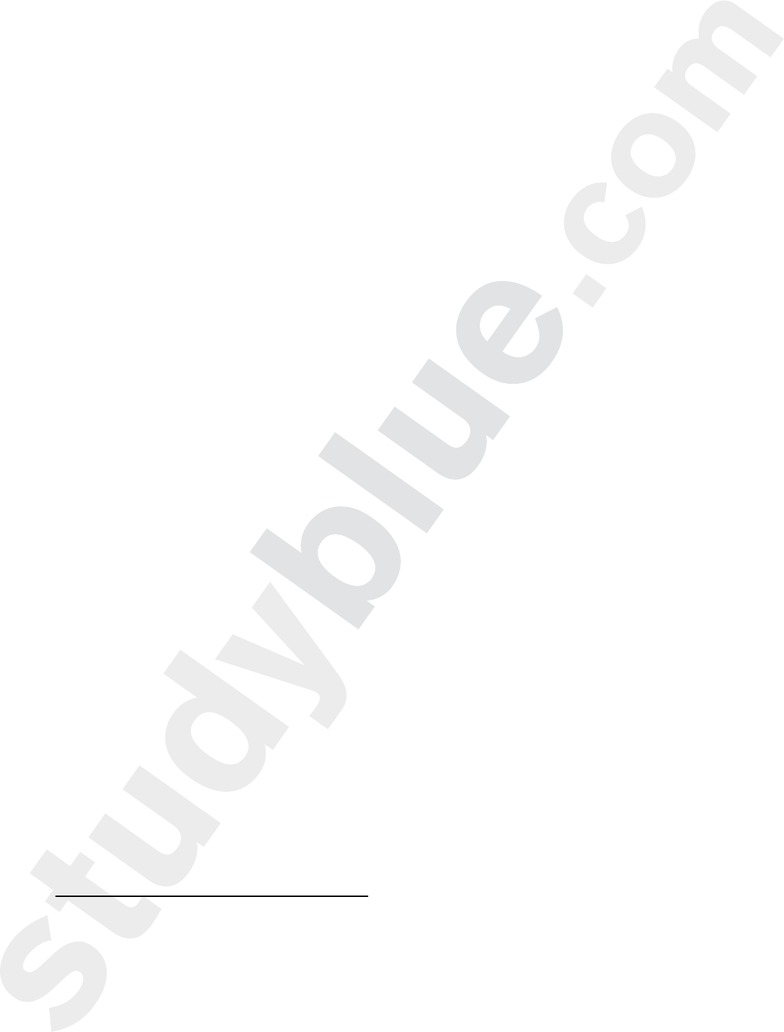 opportunities for autonomy, clarification of genuine needs and wants, and thus greater and
lasting satisfaction
o Resistance – how workers can exert counter pressure on this exercise of power and control. Seen
in collective and organized processes such as unionization, strikes, boycotts, and large-scale
social movements
 2 critical approaches
o Theory of Concertive Control – attempts to explain how power relationships can be transformed
in an era of team-based and alternative form organizations.
 Control – new form of control has emerged , called concertive control, control shifts
from management to workers
 Identification – perception of oneness with or belongingness to a collective, where the
individual defines him or herself in terms of the collective in which he or she is a
member.
 Discipline – reward and punishment of behaviors that conform or deviates from the
values identified as important by the work group
o Feminist Theories of Organizational Communication - gender issues permeate organizational life.
Traditional and bureaucratic forms are patriarchal. Most valued commodities are stereotypical
male characteristics of logic, aggressiveness, and competitiveness. Stereotypical female
characteristics such as emotion, empathy, intuition, connectedness, and cooperation are likely to
be downplayed.
 Framing of Sexual Harassment – the way women frame the harassment, they often
normalize it and suppress further discussion of harassment as an oppressive feature of
the workplace
 Discourse at a Woman-Owned Business – life can be different in an organization that
exemplifies feminist values such as cooperation, emotion, and support. Everyone in
organization talks the talk, but the owner doesn’t walk the talk. Communication in this
organization was often marked by emotion and conflict. The women in this organization
played into the sexual stereotypes of women
 Disciplined bodies – organizational context, as well as society and culture in general,
serves to discipline women in terms of bodily display. Women are faced with a
conundrum in the workplace, though the professional body is strong and competent,
might contradict the nurturing soft body of traditional femininity.
 What method of study is used in Critical Approaches?
o Ideology critique – researchers attempt to show how specific interests fail to be realized owing
partly to the inability of people to understand or act on those interests.
o Deconstruction – taking apart a text in order to reveal social and political meanings
o Critical modes of being – most important aspect of understanding critical approach. Critical
scholars should be filled with care in their empathetic approach to others, filled with thought in
their consideration of the social and political ramifications of organizational experience, and
filled with good humor in appreciating the irony and contradictions that are always a part of
organizational life.
Chapter 14 The Changing Landscape of Organizations
 What are the issues associated with globalization and the postmodern world? 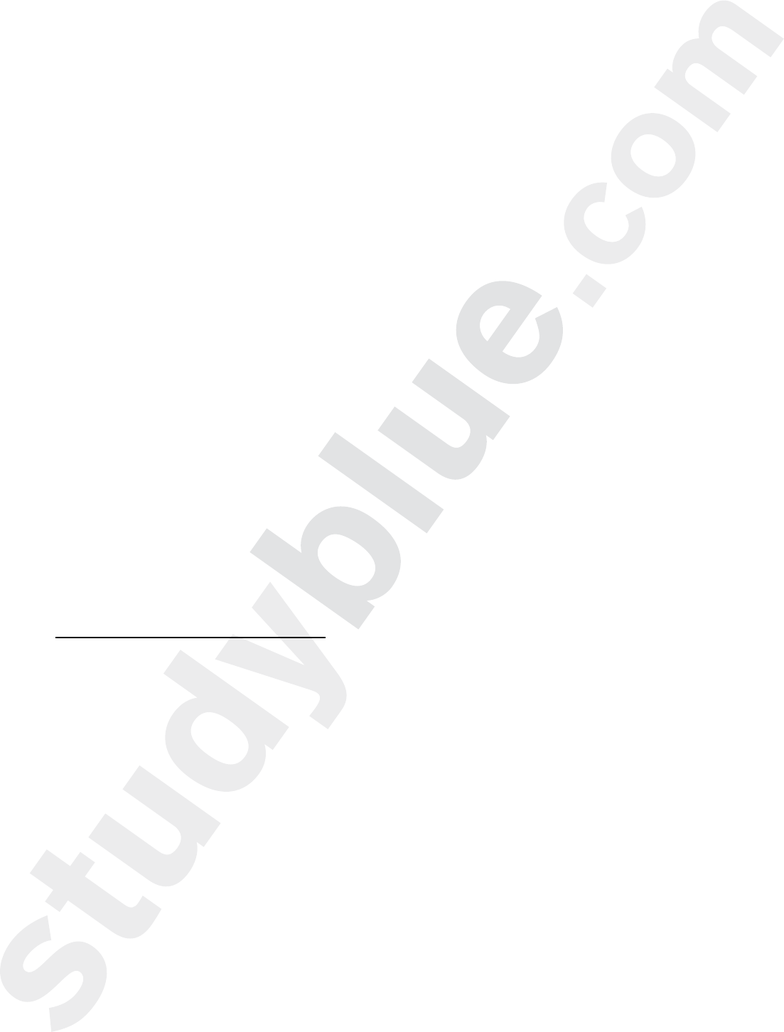 o Additional completion from countries, companies, and parts of the world. Manufacturing
anywhere, call-centers anywhere
o The Disposable worker
 Growing number of “contingent” workers – disposable, seasonal, temporary, part-time,
contract, on-call workers, consultants, some virtual and teleworkers, “free agents,” etc.
 Underemployment
 Alternative work – any job in which an individual does not have an implicit or explicit
contract for long term employment or one in which the minimum hours worked can
vary in a non-systematic manner
o Service Economy
 US economy moved to service industries – health care, financial services
 Service is a large part of today’s organizations – Starbucks, Nordstroms
o Identity
 There is an increased importance on organizational identity and image
 Who an organization is, what they do or sell and where they stand on certain
issues – McDonalds, Starbucks, K-Mart
 Purposeful vs. happenstance – Rupert Murdoch’s promise to the Dow Jones vs.
Abercrombie and Fitch
o Transparency
 Self-Reporting – information provided by an actor on its own behaviors
 Other-reporting – information provided by an actor on other actors’ behaviors
 Problem-reporting – nonbehaviorial aspect of the problem itself, actors monitor a
problem and seek information on trends
 What is organizational crisis
o A major, unpredictable event that has potentially negative results and may significantly damage
an organization
o Involves urgency, media, and the interruption of normal operations
o How a crisis is handled will impact both the short-term image and long-term survival
Chapter 12 Organizational Diversity Processes
 Why is diversity an important aspect in today’s organizations?
o Low turnover, better pool of candidates and workers, product marketing, increased innovation,
increased creativity, increased problem solving
 What is the difference between stereotyping and discrimination?
o Stereotyping – negative attitudes based on culture group
 Not always overt and simplistic, people in organizations often move beyond irrational
serotypes and engage in stereotyping that might be seen as more sophisticated or as
helpful
o Discrimination – observable behavior
 What are relational barriers?
o Aspects of organizational relationships and systems that lead to differential experiences for
women and minorities in organizations
o Informal communication networks – experience limited access to or exclusion from informal
communication networks. Critical because of the widespread importance of informal

Critical approaches: unitary - common goals, conflict rare and negative, power is prerogative for agreement, pluralist many groups with different goals, conflict is positive, radical conflict and power reflect struggles in society (survival of the fittest) What is different about the critical frame of reference: adopt a radical frame of reference by considering organizations as sites of domination. See theory as a force that can emancipate individuals from these dominating organizational forces or consider how employees resist organizational dominance. Theorists take an activist role in instigating and encouraging organizational transformation. Explore the ways in which economic, social, and communicative relationships produce and maintain organizational power relationships. Modes and means of production: modes - economic conditions that underlie the production process. Conflict will eventually lead to revolt: means the actual work process, how products are made and services rendered. Classical approaches are dehumanizing and alienate from work and work products. Owners and managers have control, leads to oppression.