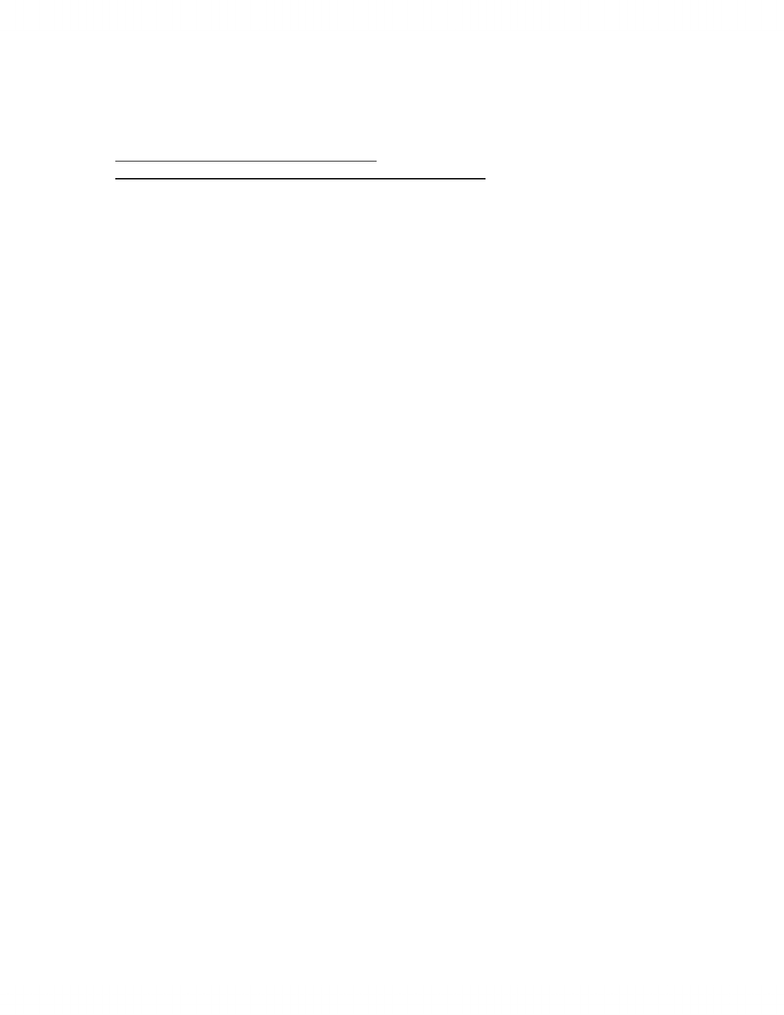 Criminal Justice
Page 59-119 not 79-85
2.4 Feminist Perspectives on Criminal Law
Foreword: The Meaning of Gender Equality in Criminal Law
•Feminist theorizing has grappled with describing the nature of differences between
men and women and identifying the relationship of these differences to gender
equality
•The difference approach emphasizing gender disparities and advocates different
treatment (sometimes called special protection) for women
•The sameness approach minimizes the differences between the sexes and advocates
the same treatment for men and women based on gender neutrality
•Proponents of the sameness approach fear that acknowledging gender differences in
power or biology perpetuates negative female stereotypes and roles
•Defining gender equality as similar treatment causes people to perceive some
efforts to protect women from sexual coercion as paternalism
•This definition of equality also sees paternalism in efforts to recognize criminal
women’s distinct situations in determining their culpability or punishment
•Other feminists demonstrated that the very framing of the equality inquiry in terms
of sameness and difference ignored an underlying male standard, as well as the
systematic subordination of women
•They reconceived gender equality as a question of the distribution of power, rather
than the differences between the sexes
•The path to gender equality does not lie in either ignoring or glorifying innate
differences between men and women
•It lies in eradicating society’s use of gender differences to keep women in an
inferior political status
•Feminists examining criminal law should be concerned with uncovering the ways
that the criminal law contributes to women’s deprivation by continuing to reflect
and protect patriarchal interests
•The ultimate goal is not simply to remove the aspects that disadvantage women but
to describe s feminist vision of criminal justice
•It is essential to acknowledge the power differences between men and women and
then work to eliminate them
•Two additional features are critical to the feminist pursuit of gender equality in
criminal law:
•First, it must recognize that race and class help to determine the criminal
law’s treatment of female victims of crime
•The social meaning of rape in America has centered on a mythology
that defines black women as sexual objects
•White men’s sexual exploitation of black women during and after
slavery was an instrument of white supremacy, as well as male
domination
Unlock document 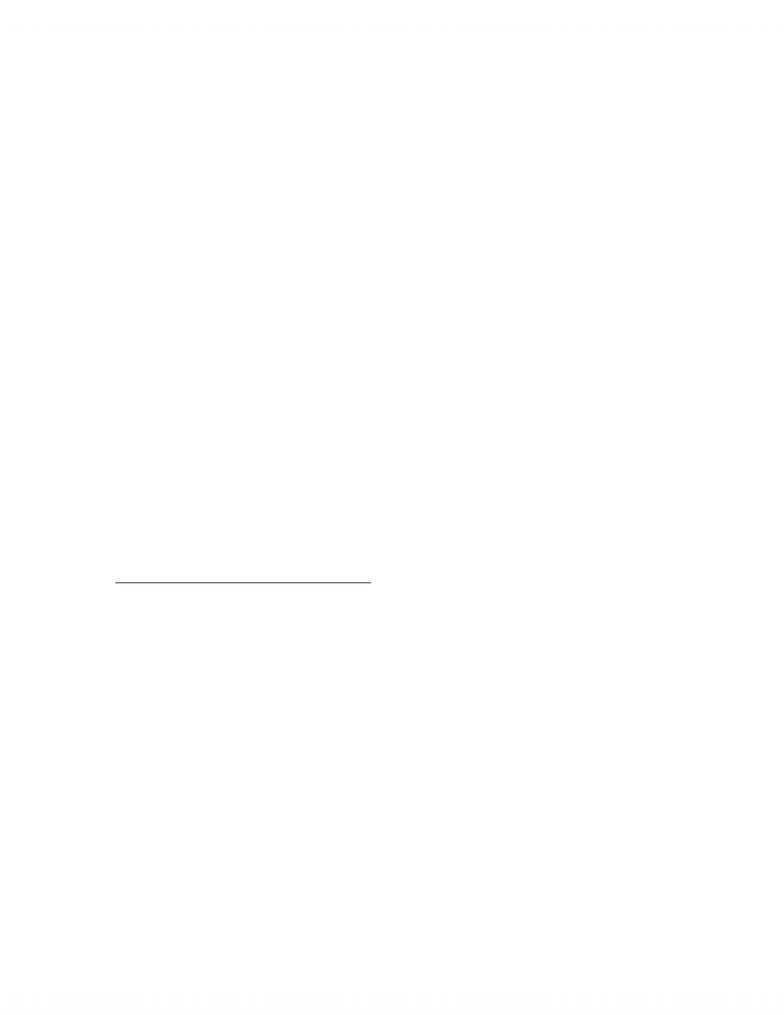 •Race and class also influence the criminal law’s treatment of female law
breakers
•The punishment of criminal mothers reflects society’s differentiation of
mothers based on race and class
•Prosecutions of drug use during pregnancy target poor, black women
because these women are subject to greater government supervision and
fail to meet the white middle class ideal of motherhood
•Achieving gender equality in criminal law requires eliminating racism
and class bias from criminal law
•Second, feminists should do more than simply reveal discrimination against
or preferential treatment towards women in the government’s enforcement of
criminal law
•They should also reveal the inequality that is embedded in the very
definition of crime – an inequality which reinforces prevailing
relationships of power
•Laws criminalizing maternal conduct, for example, help to shape the
very meaning of motherhood
•Laws that punish mothers for failing to protect their children from
another’s abuse often enforce a subordinating image of mothers as
selfless beings
•Courts often hold women responsible for harm to their children based
on their role as mother, rather than the particular circumstances of the
violence
•Achieving gender equality in criminal law requires uprooting patriarchal
views of women at many levels
Feminist Challenge to the Study of Justice
•There are predominantly three approaches that systematically explore the nature of
patriarchal relations to develop general theories of women’s oppression:
•The first is liberal feminism, which views patriarchy primarily as operating
through the unfair rules and practices of gender stereotyping, which
perpetuate sex-role dualisms throughout society and disadvantage women
•Liberals believe that these rules governing society are based on
mistaken or outmoded ways of thinking
•Because they view rules themselves as inherently neutral, liberals do not
challenge the rules themselves but, rather, emphasize the need for their
reform
•Radical feminists, on the other hand, associate patriarchal rules directly with
the interests of men
•This is because they equate patriarchy with the benefits that men derive
from the appropriation of women’s sexuality and procreative labours
•This appropriation occurs through heterosexual relations, especially
those within the family
•From this perspective patriarchy benefits men both individually and
collectively, making it unlikely that they will relinquish privileges
Unlock document 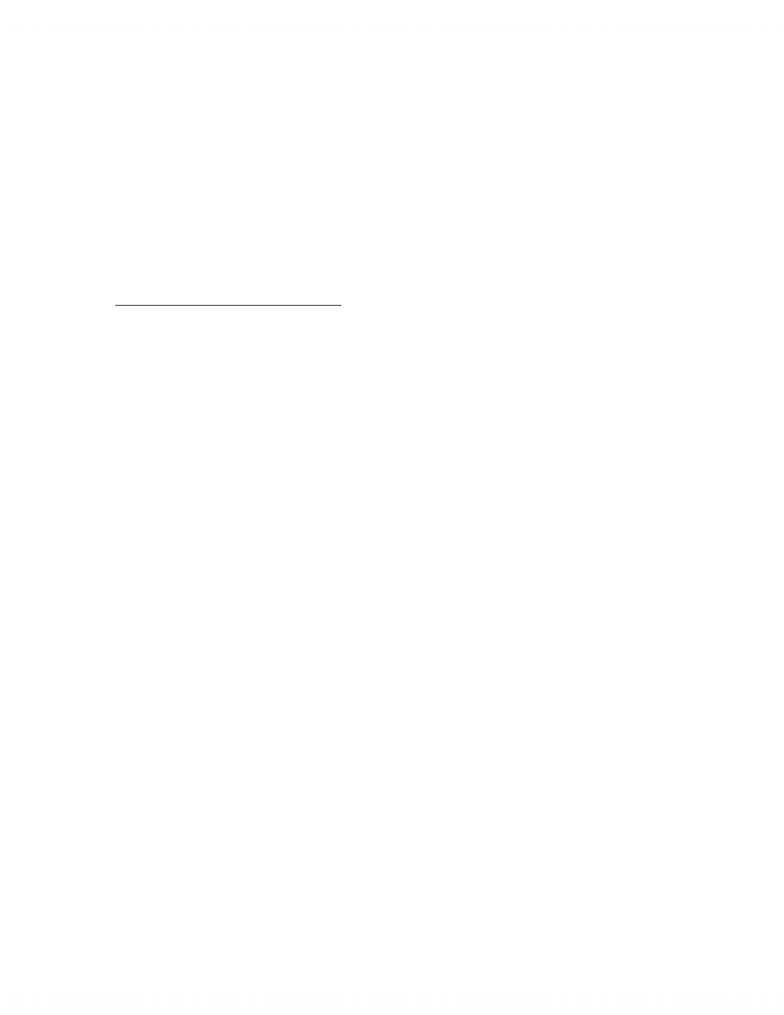 embodied by current institutions and the rules of operation of those
institutions
•Finally, reflecting the influence of Marxist theory and method of inquiry,
socialist feminists reject both the liberal emphasis on the cultural sphere of
ideas and the radical view of men as sharing a universal interest, arguing
instead that we must identify the material basis for the oppression of women
within social institutions
•History consists of both the production of daily life and the reproduction
of generational life, within socialist feminist debates patriarchy is
inextricably linked to class and embraces relations of production and
reproduction
Feminism and the Legislative Branch
•The past two decades have witnessed feminist legal reform in Canada
•Central to this struggle was changing the symbolic representation of women as
juridic subjects
•Given that women were legally not persons, they could not exercise any rights
•While the status of women as persons was won in the courts by 1929, this blatant
example of legal sexism continues to remind feminists today of the important role
of law and the necessary for its reform
•Beginning in 1970 a growing body of feminist jurisprudence has identified ways in
which law and its administration are biased against women, particularly in the areas
of employment, the family, the Criminal Code and constitutional rights
•The longest tradition of feminist legal scholarship is grounded in classical liberal
theory
•Following the enlightenment tradition, feminists linked the notion of natural rights
with women’s emancipation
•Accepting the liberal view that law is inherently neutral, reformers campaigned for
the elimination of stereotypical differentiation of women and men and for
legislation making it illegal to discriminate against individuals on the basis of their
sex
•Family law in particular has been criticized for perpetuating the legal view of
women as subordinate to husbands and primarily responsible for the raising of
children
•While the struggle for women to retain earnings and property upon marriage began
in the nineteenth century, the increasing divorce rate during the 1960s made
apparent the hidden costs of marriage to women
•By assuming the role of mother and wife, women relinquish serious commitment to
the labour force, becoming both economically and psychologically dependant upon
husbands
•With marriage being redefined – both in law and popular culture – as a union not
binding for life, this dependency translated into a lifetime handicap for divorced
women
•Women’s groups across Canada became involved in a nationwide lobby for reform
of family law
Unlock document