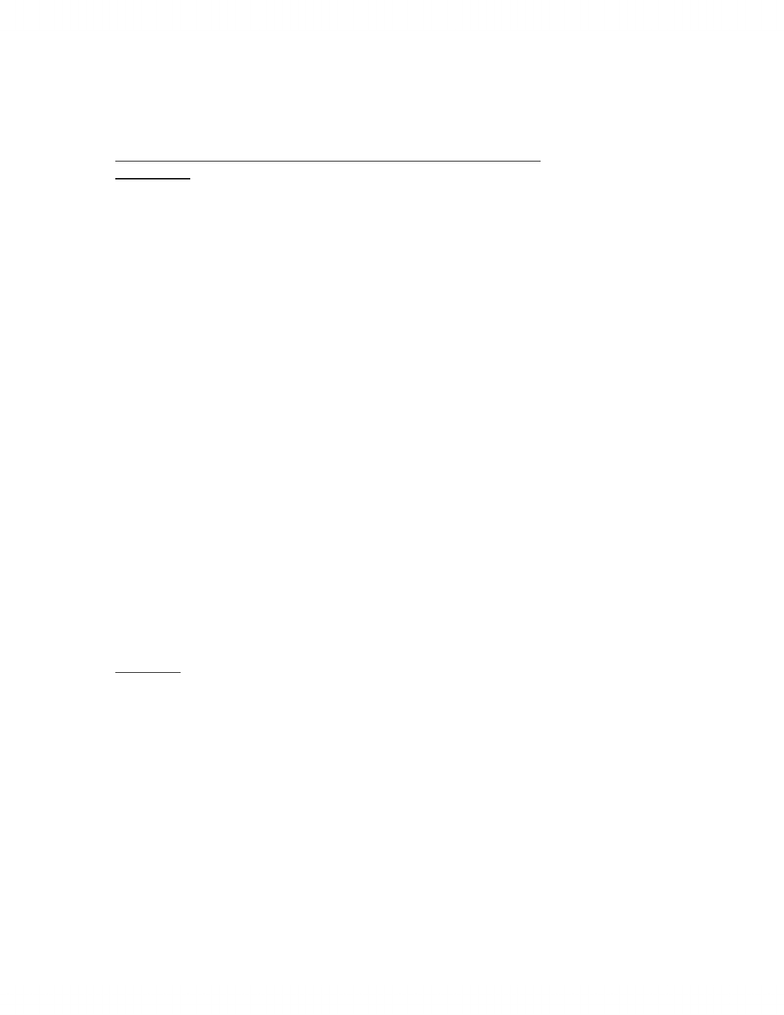 Criminal Justice System
Page 145-180
Ambiguity and Vagueness in the Criminal Law: An Analysis of Types
Introduction
•A recurrent problem in legal analysis is to distinguish disputes about facts from
disputes about words
•Conceptual clarity can be gained by attempting to distil from a legal controversy
the contribution linguistic considerations make to it
•The complexity of interpretive problems in the criminal law derives in part from the
varieties of “meaning” in communication which insistence on a “literal” or “plain
meaning” approach tends to be obscure
•Actual meaning is the meaning of a word or passage when read in a given context
•True meaning is the meaning disclosed when the word or passage is read in its
“proper context”
•The problem of what constitutes proper context is an elaborate one, but it may
succinctly be described as “the context, shared by the communicant and audience,
that is presupposed by the communication”
•Although literal meaning may, in a given statutory provision, coincide with actual
or true meaning, consideration of proper context typically yields a resultant
meaning that differs significantly from literal meaning
•Only when literal or plain meaning corresponds to true meaning, that is, when it is
arrived at by considering proper context, is the doctrine of literalism in statutory
interpretation intelligible
•Legal meaning is the meaning assigned to a statutory provision by a court
adjudicating a particular legal controversy
•The arguable disparity between legal meaning and true meaning provides the stuff
of scholarly criticism and of appellate court emendations
•Ambiguity and vagueness of language are the primary chronic disease which call
for contextual therapy, and it is important to distinguish between the different forms
of each disease and to identify the various symptoms by which each is recognized
Ambiguity
•Ambiguity, “the condition of admitting of two or more meanings, or being
understood in more than one way, or of referring to two or more things at the same
time,” is perhaps the most serious disease of language in that the intended meaning
of an ambiguous word or passage, unlike that of homonymous words which also
have multiple layers of reference, is not necessarily resolved by advertence to
context
•Legal terminology has exacerbated the problem, by designating additional
meanings to words ambiguous in themselves
•Examples are words such as: residence, assignment, user, accounting, process,
information, tax, bargain, traffic, service and fixture
•Special care must be taken by lawyers and legislative draftsmen to avoid using
ambiguous words where the particular legal context will not render the intended
meaning clear
Unlock document 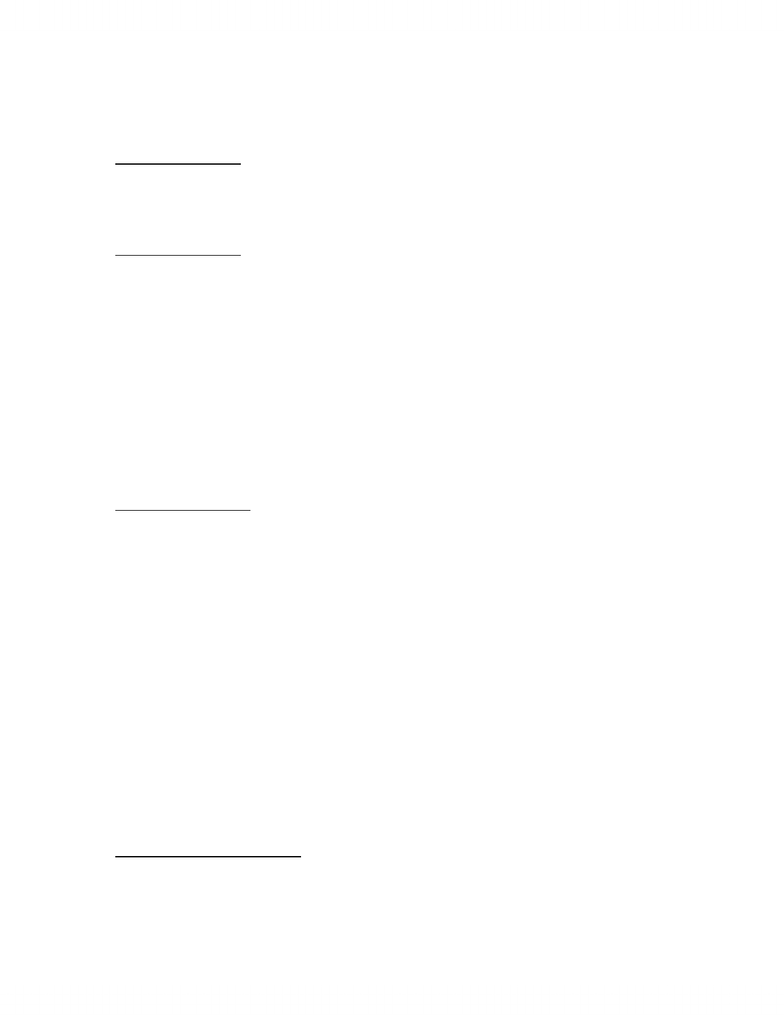 •The lawyer or draftsmen “should avoid using ambiguous word whenever his
intended meaning may be adequately expressed by an unambiguous word
•Ambiguity is neither desirable nor defensible
Semantic Ambiguity
•The most obvious form of ambiguity found in statutes in semantic ambiguity,
where a word’s inherent multiplicities of meaning derive from lexicographical
usage and exist independently of context
•Often whole phrases or passages are semantically ambiguous
Syntactic Ambiguity
•Syntactic ambiguity: a statement is syntactically ambiguous where its grammatical
structure gives rise to uncertainties of reference
•Syntactic ambiguity is the principal cause of the fallacy of “amphiboly”, and
expressions in which it occurs are often not without aspects of humour, intended or
not
•Although syntactic ambiguity often imparts an innocuous humour to poorly-formed
sentences, where it finds its finds its way into statutes, especially penal statutes, the
consequences can be anything but humorous
•An accused’s procedural rights, legal culpability, or liability to punishment may
depend on how a judge or appellate court construes a statutory provision that is
syntactically ambiguous
•Problems of syntactic ambiguity often necessitate the most delicate exercises of
judicial judgement
Contextual Ambiguity
•Statutory provisions may be ambiguous because of competing contextual
considerations arising either within the statute or between provisions of two or
more statutes
•Contextual ambiguities will occur notwithstanding that the meaning and syntax of
the provisions in question may be unequivocal
•A problem may arise concerning which of two inconsistent statutory directives
should be considered controlling, or whether a particular implication should e
inferred
•Although aspects of each of the sorts of contextual ambiguities will converge in a
given case, problems of contextual ambiguity may useful be grouped into two
broad classes:
•Internal contextual ambiguity, where the semantic problem is at least formally
localized within the statute
•External contextual ambiguity, where the semantic problem results from the
applicability of two or more statutes to the legal controversy
•The judicial resolution of contextual ambiguities typically involves the invocation
of general legal principles which provide residual guidance where various forms of
statutory uncertainty arise
Internal Contextual Ambiguity
•Problems of internal contextual ambiguity may take a number of forms, many of
which have no counterpart in traditional doctrine on statutory interpretation
Unlock document 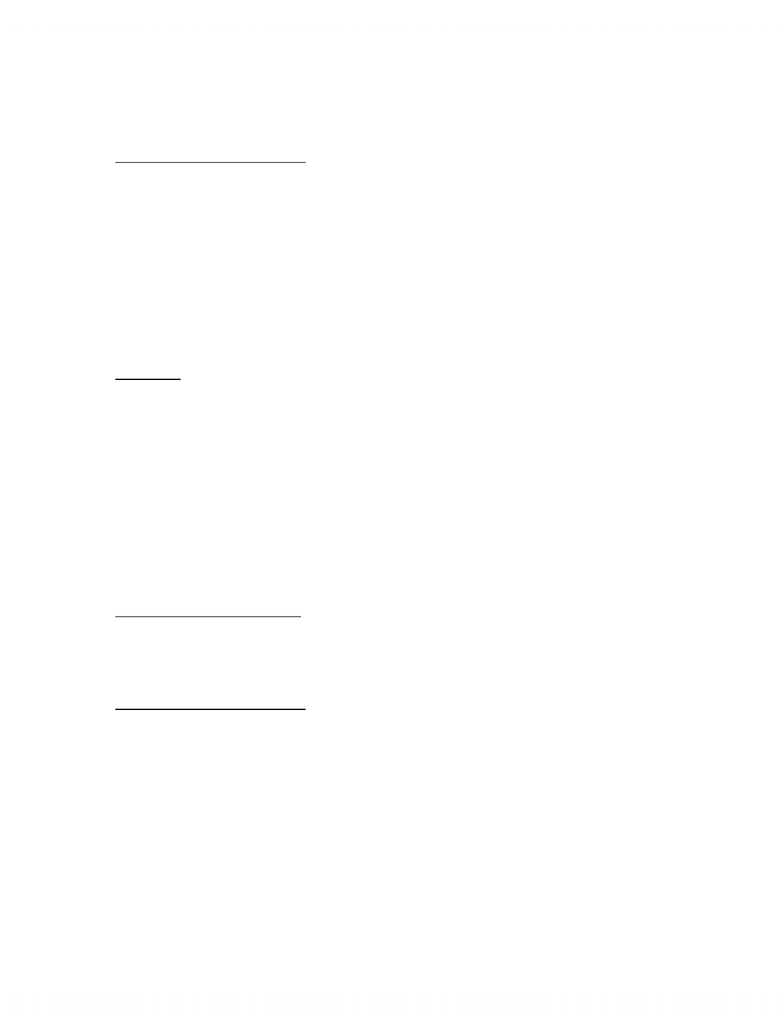 •There is only seldom a rule or principle of interpretation that will reconcile in an
acceptable way, and for the right reasons, the different thrusts of meaning
occasioned by its occurrence
External Contextual Ambiguity
•Contextual ambiguities are not confined to the interrelationships among provisions
in the same statute, for it often happens that more than one statute is pertinent to the
legal controversy
•Where provisions from two or more enactments are relevant but seemingly
irreconcilable, and where a choice has to be made about which provision has, in the
circumstances, a greater claim to judicial attention, the problem is one of external
contextual ambiguity
•The most fertile source of external contextual ambiguity in Canadian criminal law
is the often problematic relationship between the Criminal Code and various
provisions in the Interpretation Act
Vagueness
•Vagueness is a qualitatively different form of semantic uncertainty, and it is
unfortunate that ambiguity and vagueness have occasionally been treated as though
they implied the same contests of meaning
•Statutory language may be ambiguous, vague or both
•Problems of vagueness in penal statutes may usefully be grouped into two broad
categories:
•Internal contextual vagueness, in which vague statutory language is construed
in light of its full statutory language is constructed in light of its full statutory
context and in light of general institutional assumptions such as stare decisis
•External contextual vagueness, in which a statute or statutes other than the
one directly in issue is relevant, at least formally, to the controversy, but is
vague in its prescriptions
Internal Contextual Vagueness
•The most cursory perusal of the Code betrays an abundance of vague statutory
language
•Examples: act of gross indecency, indecent act etc
•Vagueness and generality of statutory language are to some extent unavoidable
External Contextual Vagueness
•A recurrent interpretive problem concerning the Code and other criminal statutes is
that of external contextual ambiguity, in that it is grounded in the applicability of
more than one statute to the proceedings in question, there are important
distinctions between them
•Where external contextual ambiguity arises, the “external” statutory provision has
at least some relevance to the semantic issue presented; the question is not whether
its application is appropriate where the primary statute provides compelling
contextual clues which support a different conclusion
•Where the problem is one of external contextual vagueness, however, the external
statutory provision offers no assistance on the semantic issue before the courts
Unlock document