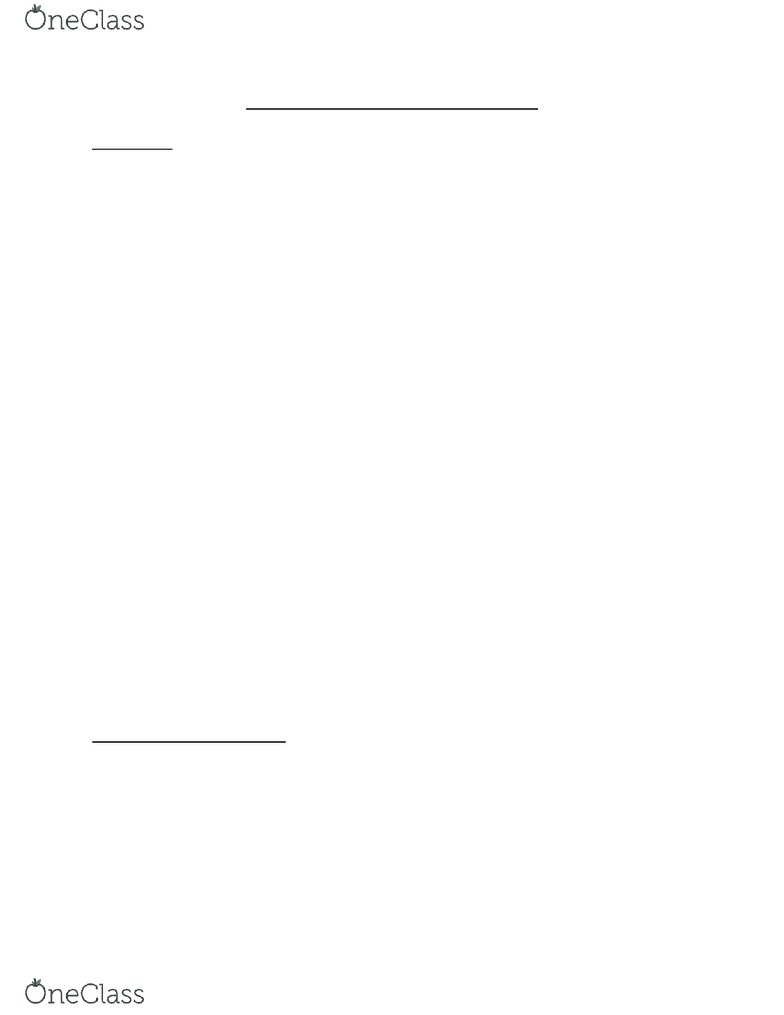 Chapter 18: The Federal System (pg. 421 - 448)
Introduction
Canada is made up of:
· 10 provinces (autonomous within the powers given to them by the Constitution)
· 3 territories (constitutionally subordinate to the federal government)
o They increasingly function as provinces
o However these powers could be revoked
· There is immense cooperation and collaboration between provincial and federal
governments
· The federal character of Canada is designated in the Constitution
· The federal system is closely related to regional economic cleavages and regional
identities.
· Municipal governments may be subordinate to their provincial governments, but they are
also important components of the overall government structure in Canada.
· The three levels of government in Canada account for employment of 10% of Canada's
population.
Federalism: a division of powers between central and regional governments such that neither is
subordinate to the other. Important aspects of federalism include:
· Federal-provincial financial relations (taxing and spending)
· Joint policy making mechanisms
Symmetrical federalism: When the provinces are all treated alike by the constitution and by the
federal government.
Asymmetrical federalism: When a provinces is singled out for distinctive treatment.
· The Constitution Act 1867 has several clauses that refer to a specific province and Ottawa
has occasionally treated one province (usually Quebec) differently from others.
The Confederation Settlement
· The fundamentals of Canadian federalism were incorporated into the British North
America Act 1867, which in 1982 was renamed the Constitution Act 1867.
· Consisted of five principal components:
1. The division of powers between the central and provincial governments
· Gave the provinces 16 specific enumerated powers and left everything else to
Ottawa (in section 92)
· Section 91 also included a list of 29 federal powers, such as trade and
commerce and national defence.
find more resources at oneclass.com
find more resources at oneclass.com
Unlock document 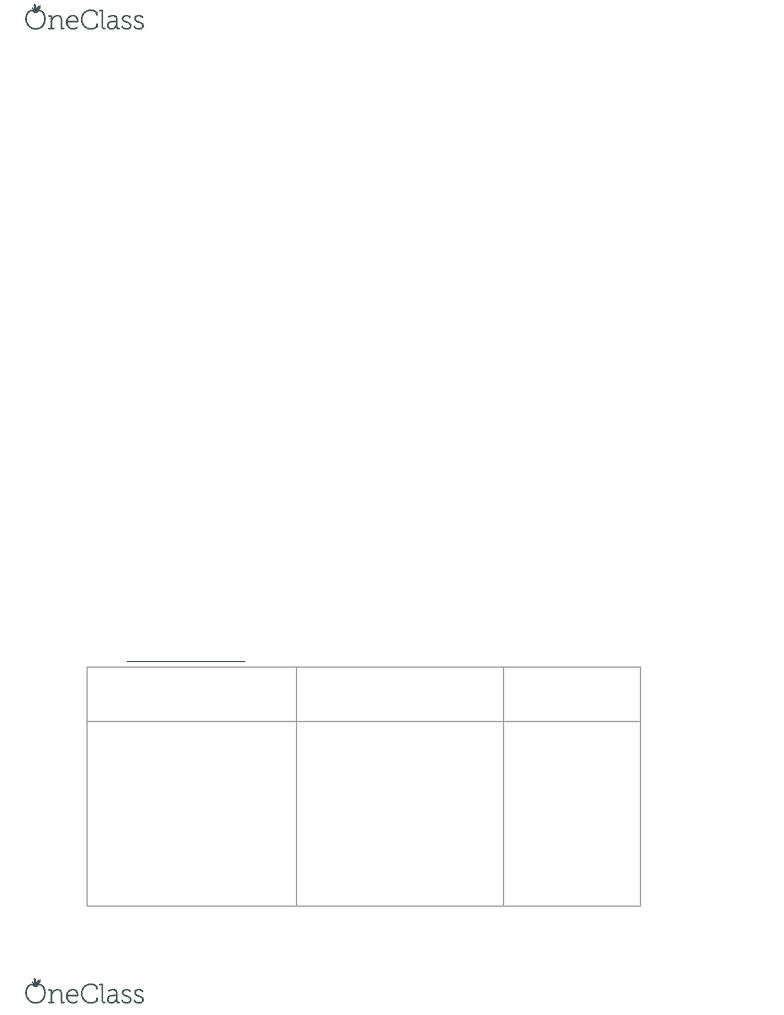 2. The division of financial resources
· Federal dominance was clear cut
· Ottawa was given the power to levy any mode of taxation
· Provinces were expected to raise their revenues from the sale of shop, saloon,
tavern, and auctioneer licenses, as well as rely on federal subsidies. They could
also raise revenues from their natural resources, but this source was not taken
seriously because the only resource they had discovered was wood.
3. Federal controls imposed on the provinces
· Reservation, disallowance, and the declaratory power.
4. Provincial representation in the central institutions
· Provinces would be represented according to population in the Commons but
regional equality would prevail in the Senate.
· Each of the original regions (Maritimes, Quebec, and Ontario) was to receive 24
senators, to appease the smaller provinces who could easily be outvoted in the
lower chamber.
5. Certain cultural guarantees
· Confederation was more than just a union of provinces: it was also the uniting
of a French culture with an English population.
· Section 133 made French and English the official languages in the federal
Parliament and federal courts as well as in the Quebec legislature and Quebec
courts, but nowhere else.
· At the time, religion was a greater concern than language, so existing separate
school systems in the provinces were guaranteed
Division of Powers
Federal Powers
Provincial Powers
Concurrent
Powers
Trade and commerce
Any form of taxation
National defence
Banking
Aboriginals
Criminal law
Interprovincial
Transportation and
Direct taxation within the
province
Public lands
Hospitals and health care
Municipal institutions
Education
Property and civil rights
Administration of justice
Agriculture
Immigration
Old age
pensions
find more resources at oneclass.com
find more resources at oneclass.com
Unlock document

communication
· Given the highly centralized nature of the division of powers, the limited financial
resources of the provinces, and the federal controls, it is clear that the Confederation
Settlement of 1867 placed the provinces in a subordinate position, somewhat akin to
municipalities, rather than giving them the equal or coordinate status provided for in the
modern definition of federalism.
Intrastate federalism: provincial representation within the institutions of the national
government.
Interstate federalism: emphasis on relations between federal and provincial governments.
Evolution of Canadian Federalism to 2000
Division of Powers
· The evolution of the division of powers between federal and provincial governments can
be examined in two respects: formal constitutional amendments and judicial decisions
Constitutional Amendments
o In 1940, unemployment insurance was added to the list of federal powers
o In 1951, old age pensions were made a concurrent power
o In 1964, federal jurisdiction in the pension field was enlarged to include widows' and
survivors benefits and disability pensions.
o In 1949, the federal Parliament was allowed to amend the Constitution unilaterally in
areas of purely federal concern
o In the Constitution Act of 1982, a new section 92A increased provincial jurisdiction
over natural resources
Judicial Interpretation
o Before 1949, the Judicial Committee of the Privy Council in London was Canada's final
court of appeal, and most constitutional decisions were rendered by that body.
o The decisions made had a major impact in transforming the nature of Canadian
federalism from a centralized to a decentralized system.
Federal-Provincial Finance
· In the Confederation Settlement, the federal government was given the power to levy any
kind of tax, while the provinces were restricted to direct taxation. Ottawa assumed
find more resources at oneclass.com
find more resources at oneclass.com
Unlock document