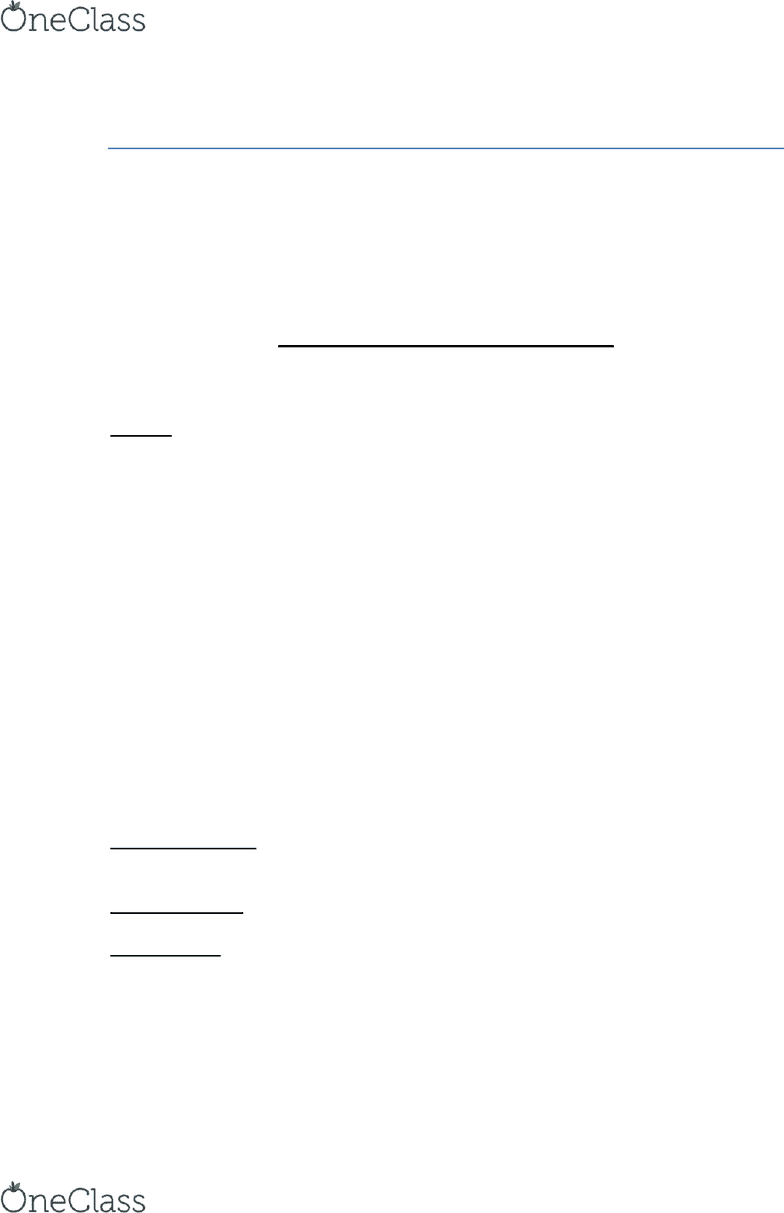 Ch. 2: Eliited Behaviour, Haituation, and Sensitization
Organisms are born with pre-existing behaviour systems and tendencies that
constrain how learning occurs and what changes one may expect from a training
procedure.
Learning is most successful if it takes into account the pre-existing behaviour
structures for the organism.
The Nature of Elicited Behaviour
Concept of the Reflex
reflex: a close relation between an eliciting stimulus and the resulting response
that is mediated by a neural circuit (the reflex arc) that links afferent neurons
activated by the stimulus and with efferent neurons that trigger response output.
As a consequence, the eliciting stimulus usually produces the reflex response,
which rarely occurs otherwise.
The specificity of the relation between a stimulus and its accompanying reflex
response is a consequence of the organization of the nervous system.
• The environmental stimulus for a reflex activates a sensory neuron (aka
afferent neuron, which transmits the sensory message to the spinal cord.
• Here, the neural impulses are relayed to the motor neuron (aka efferent
neuron), which activates the muscles involved in the reflex response.
• Sensory and motor neurons rarely communicate directly. The impulses
from one to the other are usually relayed through at least one
interneuron.
• The sensory neuron, the motor neuron, and the interneuron together
constitute the reflex arc.
sensory neuron: (afferent neuron) a neuron that transmits messages from the
sense organs to the central nervous system
motor neuron: (efferent neuron) a neuron that transmits impulses to muscles
interneuron: a neuron in the spinal cord that transmits impulses from sensory to
motor neurons
Reflexes contribute to the well-being of the organism in many ways (ex. safety,
feeding infants)
find more resources at oneclass.com
find more resources at oneclass.com
Unlock document

Modal Action Patterns
modal action pattern: (MAP) a response pattern exhibited by most, if not all,
members of a species in much the same way. Modal action patterns are used as
basic units of behaviour in ethological investigations of behaviour.
An important feature of MAPs is that the threshold for eliciting such activities
varies. The same stimulus can have widely different effects depending on the
physiological state of the animal and its recent actions.
Eliciting Stimuli for MAPs
sign stimulus: (releasing stimulus) a specific feature of an object or animal that
elicits a modal action pattern
Supernormal stimulus: a sign stimulus whose features have been artificially
enhanced or exaggerated to produce an abnormally large modal action pattern
Sign stimuli play a major role in the control of human behaviour (ex. PTSD in
soldiers returning home from combat).
Sign stimuli and supernormal stimuli also have a major role in social and sexual
behaviour (ex. makeup is a supernormal stimulus because it enhances natural
facial features).
Sequential Organization of Behaviour
Responses do not occur in isolation of one another. Rather, individual actions are
organized into functionally effective behaviour sequences.
All motivated behaviour involves a systematically organized system of actions.
Ethologists called early components of the behaviour sequence appetitive
behaviour and the end components consummatory behaviour.
appetitive behaviour: behaviour that occurs early in a natural behaviour
sequence to bring the organism in contact with a releasing (sign) stimulus
consummatory behaviour: behaviour that serves to bring a natural sequence of
behaviour to consummation or completion. Consummatory responses are usually
species-typical modal action patterns.
The sequential organization of naturally occurring behaviour is of considerable
importance to scientists because learning effects often depend on which
component of the behaviour sequence is being modified.
find more resources at oneclass.com
find more resources at oneclass.com
Unlock document 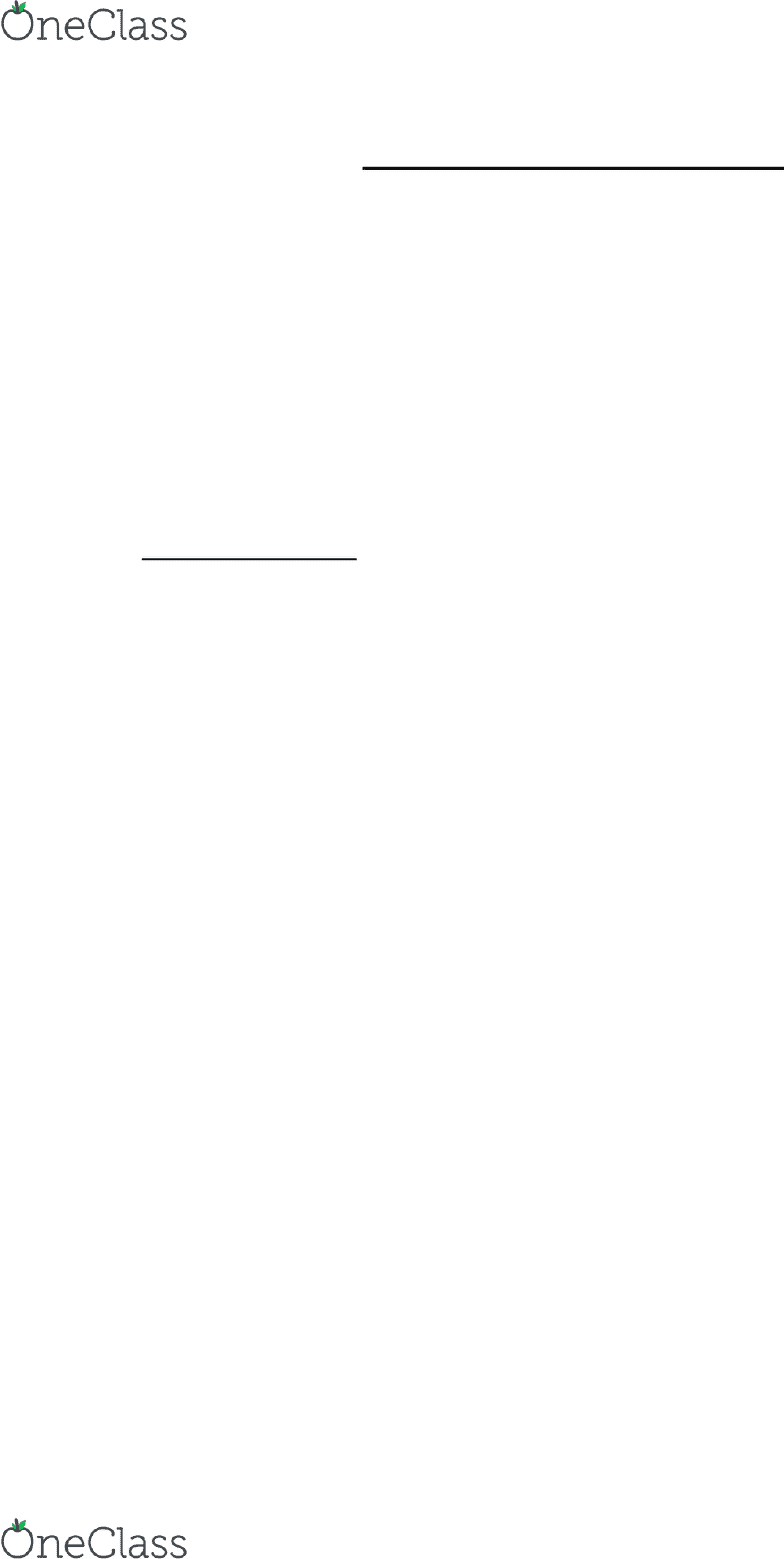 Effects of Repeated Stimulation
A common assumption is that an elicited response, particularly a simple
response, will automatically occur the same way each time the stimulus is
presented. However, elicited behaviour is not invariant.
Elicited behavior can either decrease or increase through the activation of
habituation and sensitization mechanisms.
Salivation and Hedonic Ratings of Taste in People
Habituation plays a major role in how we respond to the foods we eat. The taste
of food elicits salivation as a reflex response.
habituation effect: a progressive decrease in the vigor of the elicited behaviour
that may occur with repeated presentations of the eliciting stimulus
A decrease in response is specific to the habituated stimulus (i.e. habituation is
stimulus specific)
Stimulus specificity means that habituation can be easily reversed by changing
the stimulus.
Another major variable that influences the rate of taste habituation is attention to
the taste stimulus.
Visual Attention in Infants
Visual cues elicit a looking response, which can be measured by how long the
infant keeps their eyes on an object before shifting gaze elsewhere.
In one study with 4-month-old babies, with repeated presentations of a 4x4
stimulus, visual attention progressively decreased, showing a habituation effect.
By contrast, the 12x12 produced an initial sensitization effect, evident in the
increased looking during the second trial as compared to the first. But after that,
visual attention to the 12x12 stimulus also habituated.
Therefore, whether or not sensitization is observed depends on the complexity of
the stimulus.
Scientists are forced to use behavioural techniques to study infant perception
and cognition, as babies cannot tell us how they view or think about things.
A recent study in 2008 showed that 3-day-old infants have the ability to
differentiate between 2 different faces.
find more resources at oneclass.com
find more resources at oneclass.com
Unlock document