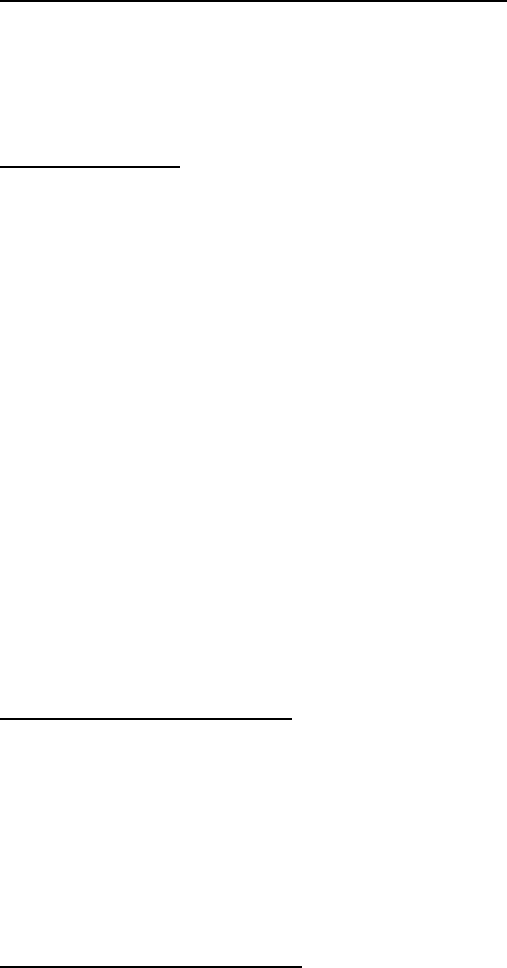 Chapter 3
Data Sources:
Canadian census is a major data source; it is a survey of the entire population.
Although census takes place every 5 years, it provides the most complete picture of
the Canadian labor market at specific points in time
A second useful source is the monthly labor force survey, also conducted by statistics
Canada. Unlike census this only covers work related information and so provides
much more detail. This survey is done every month and information is up to date
The demographic context of labor market change
Demographic shifts (population changes) set some basic parameters of Canadian
society. Demographer specializes in studying the structure and dynamics of
population can accurately predict birthrates, life expectancy, population growth and
related trends. The three most important are aging, cultural diversity and education a
attainment
Workforce Aging
Population aging has significant implications for job opportunities, pensions, work
values, and organizational structures. The baby boom generation born between 1946-
1963 is the largest generation in Canadian history.
Doug Owram (1996) “ economics, politics, education, and family life would all have
been considerably different without the vast demographic upsurge of births after
second world war.” Aging of the baby boom has fundamentally altered the
demographic shape and social structure of Canada. This huge and slowly aging bulge
in the workforce has affected the career opportunities of many Canadians. They
entered the workforce when the economy was still expanding, and many obtained
good jobs. Some of the smaller generations that followed then into the labor force
have been less fortunate, since higher unemployment and global economic
uncertainties have led to layoff. Statistics Canada predicts that by 2026 seniors will
account for 21.4% of the total population. The relative size of working age population
that funds the government old age security programs through payroll contributions
will shrink during this time. Will the Canadian pension plan be able to support all the
retiring baby boomers or will the youth have to pay more to cover the added cost?
When there is growing emphasis on gaining post secondary education, who will fill
the blue-collar jobs that baby boomer will leave. Therefore, many in the generation in
between will have difficulty to find a satisfactory job.
Greater workforce Diversity
Immigration is an important determinant of Canada’s population for centuries.
Immigration levels have ben kept low when unemployment was high, but have
allowed to rise when economic expansion required extra workers. Immigration
policies have also been influenced by demographic trends. For nearly four decades
now, birthrates have been below replacement levels. Despite concerns by some that
immigrants are taking jobs away from native-born Canadians, research shows that this
is rarely the case. Immigrants frequently create their own jobs, or willing to take jobs
that others do not wish to have.
A better educated work place
Canadians are becoming increasingly educated this has changed the character of labor
force. In 1975 66% of females and 68% of males in the labor force had only a high
school education or less. In 2008 over 20% of labor force had university degree ( 22%
for men and 24.7% for women.) some argue that well educated workforce is a
nation’s key resource in today’s global marketplace. For most parts Canadians are
well educated by international standards. Yet the above discussion suggests that there 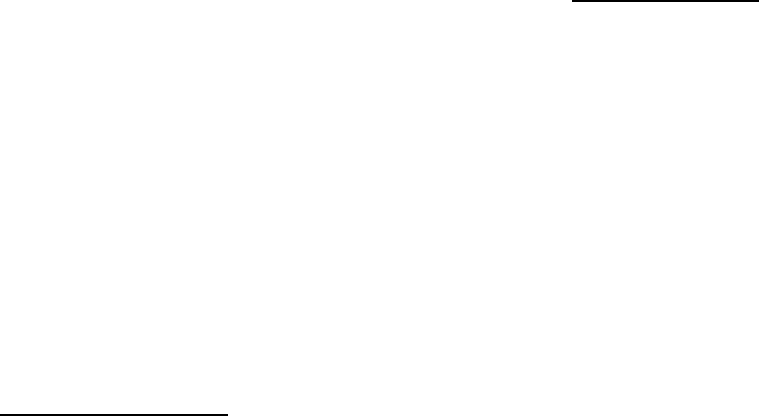 is more to the problem. For one thing, while unemployment is higher among the less
educated, a considerable number of candada’s unemployed are well educated. In
addition, many Canadians are in jobs that require less training or education. The
mismatch between job and education is often referred to as underemployment.
Underemployment among well-educated new immigrants is especially high. This
highlights how the demand for educate labor could be improved.
Industrial Changes: The emergence of the service economy
The work done by labor force participants can be categorized in several ways.
Industry classifications direct our attention to the major type of economic activity
occurring within the workplace.
a) Primary sector: agriculture, mining, forestry, and other resource extraction
industries
b) Secondary sector: manufacturing and construction where goods are produced
from the raw materials supplied by the primary sector
c) Tertiary sector: services rather than products are provided. A service, simply
defined, is the exchange of a commodity that has no tangible form.
Service sector Growth
The service sector, for example includes among others the finance, education, retail
trade, government and health service industries
In 1891 the primary industries accounted for 49% of the Canadian labor force, 20%
for secondary sector, 31% for service sector. In the half century the primary sector has
lost its dominance while the manufacturing industries has expanded. The service
sector has also been increasing in size. By 2006 76% of employed Canadians held
service sector jobs. Agriculture has declined but the portion of the workers in the
service sector has more than doubled over this time. Therefore, these statistics prove
that now we live in a service dominated economy. This rise can be a result of different
factors. Productivity gains due to new technology and organizational forms in
manufacturing, but also in the resource industries, have meant fewer people could
produce much more.
In primary industries, the growing size and declining number of farms in Canada is
perhaps the best indicator.
Toward the end of the 19th century and into the early 20th century, the category
mechanization greatly enhanced workers productivity, despite a reduction in hours
worked. Thus, the expansion of production in the primary and secondary sectors has
been accompanied by relative decline in the need for employees.
Industrial expansion and productivity gains over the year’s have also led to higher
incomes and increased amounts of leisure time. These factors, in turns, have fuelled
the demand for a wider range of services, particularly in the last few decades when the
recreation and foodservice industries has been growing rapidly. In addition, the
expansion of the role of the state as a provider of educational and social services and a
funder of health services contributed significantly to the growth of the service sector.
Employment diversity within the service sector
Divided into 6 sectors
a) Distributive services: transportation, communication, and wholesale trade. It
differ from others by being the final link in the process whereby raw materials
are extracted, transformed and then delivered to the ultimate consumer.
b) Business services: finance, insurance, real estate, and other services to 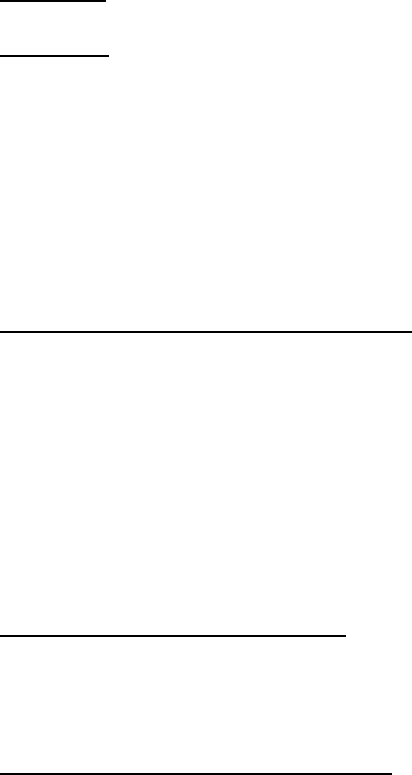 business. Business services also provide support to the primary and secondary
industries (the good producing sectors) but in a less tangible way.
c) The education, health, and welfare sector; public administration; retail trade;
and other consumer services. This sector contains primarily non –commercial
services provided by the state
Service sectors can also be divided into upper tier and lower tier
Upper Tier: distributive, business, education, health and welfare, and public
administration
Lower Tier: retail trade and other consumer services
Gender and Age differences in service sector employment
Women are more likely to be employed in the lower tier services compared to men.
Within the upper tier, women were much more concentrated in the health, education,
and social services industries than were men. Men were more likely to be employed in
trade, transportation, and professional, scientific, and technical industries. Age also
plays an important role in the industrial categories. Younger workers (15-24) are
much less likely to be employed in the upper tier services. And many young workers
particularly women hold jobs in the lower tier service.
Blue collar and white-collar occupations
Many but not all the people employed in the primary and secondary industries would
be classified as blue-collar workers while most of those working in the service
industries would be identified as white-collar workers.
The blue has traditionally been associated with unclean and potentially hazardous
working conditions for example, farming, mining, truck driving, construction work
and factory work.
White-collar occupations would be clerical, sales, managerial, and professional. Thus,
over the past centuries, white-collar jobs have come to dominate the Canadian labor
market.
Gender and occupational location
Many of the new white-collar positions have been filled by women, while the
remaining blue-collar jobs in the primary and secondary sectors are still typically held
by men. In fact, given the heavy concentration of women in clerical, sales, and service
occupations, the term pink collar has been used to describe these occupations.
The staple theory of economic growth
It is developed by Harold Innis and others documents the economic, political, and
social consequences of this dependence on the export of unprocessed staple products.
The theory argues that over commitment to extraction and export of a single or few
resources makes a nation or region vulnerable in world markets. The relative
manufacturing industries means that large portions of the workforce remain employed
in lower skill primary and tertiary sector jobs.
Chapter 4
Extrinsic or material job rewards= how much money it pays, benefits, and etc
Income difference
Gender wage gab has not declined significantly in the past few years, it has been
decreasing as the women’s earnings have been rising slowly while the earrings of men
on average have stalled. Part of the trend is that more women have invested in higher
education and have gained access to better paying jobs. But still female income is not